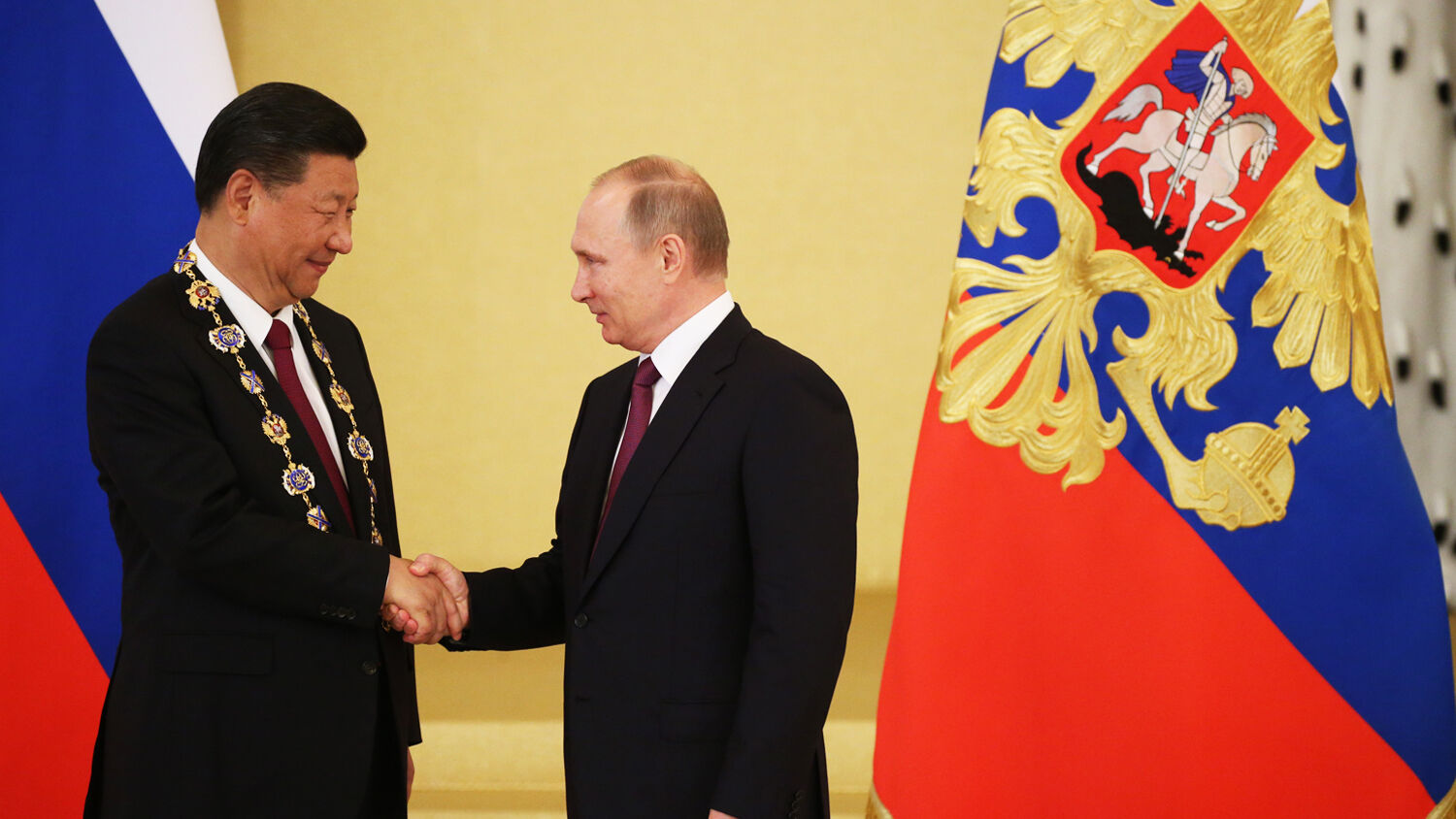 The past 12 months have delivered a nonstop fury of headlines highlighting the most tumultuous year most of us have ever lived through: The impeachment of a United States president, the assassination of an Iranian terrorist mastermind, trade wars, covid-19 and ruinous economic shutdowns, plummeting oil prices and soaring racial tensions, a nauseating federal deficit record, and of course, a hotly contested American presidential election.

In the frenzy, it may have been easy to overlook other major developments and trends further from home. Here are four important takeaways about Asia in 2020.

Throughout 2020, Russian President Vladimir Putin made numerous bold moves to tighten his grip on power. He increased censorship of the media and the Internet. He passed unprecedented restrictions against holding meaningful political protests. And he sent a blaring message to domestic enemies when his most prominent opposition figure was poisoned by Novichok, a nerve agent possessed only by governments. At the same time, Putin signed legislation that protects former presidents from prosecution, and lets them become senators for life after they leave the presidency. But it looks like he won’t need to use either of those provisions since he also pushed a constitutional amendment through that lets him remain president of Russia for life.

Meanwhile, Putin spent much of the year strengthening Russia’s position in former Soviet states. He threw a vital lifeline to the president of Belarus that let him overcome protests and remain in office. He cleared a path for Uzbekistan to join his Eurasian Economic Union. And he brokered a deal between Armenia and Azerbaijan that placed Russian forces in the latter for the first time. All of these moves increase the leverage Putin has over these nations. It is only a matter of time before he looks for returns on the help he has rendered.

Further afield, Putin militarized the Arctic, made deals to sell a coronavirus vaccine to Latin America that will increase Russian sway there, and clinched an agreement giving Russia a port in Sudan that will considerably boosts its influence over the Red Sea.

All the while, Putin accelerated the buildup of Russia’s military power, making it more capable than at any time since the end of the Cold War. He was also likely behind a major cyberattack on the United States government that breached half a dozen federal departments.

Even as dissatisfaction grew among Russians over their shrinking incomes, Putin spent liberally to dominate Russia’s periphery and to make Russia a force to be feared on the global stage. And he pulled out all the stops to cement his position at the nation’s helm.

Vladimir Putin concludes the year 2020 significantly stronger than he started it.

Under President Xi Jinping, China spent 2020 combining thuggery with opportunism in order to jockey into an unprecedentedly strong global position.

It brought the year in by unleashing a new coronavirus on the world. And while Xi used his tyrannical power to crush it at home, he also delayed warnings about the virus the rest of the world. The ruling Chinese Communist Party told the World Health Organization in January, according to Newsweek, that “if the organization declared a global health emergency” then it would “stop cooperating with the agency’s coronavirus investigation.” China then used the time it bought to gobble up as much medical equipment as possible from other nations that did not know what China knew about the virus. From January 24 to February 29, China imported 2.5 billion pieces of epidemic personal protective equipment, 18 times more than usual. While it helped China contain the virus, it made the situation far more chaotic and costly for other countries than it otherwise would have been.

China then reopened its economy well ahead of other countries and considerably outperformed them for the year. By August, its exports had soared to their third-highest level on record. And China ends 2020 as the only major nation to see its economy grow during the year: The rest shrank.

“China caused the plague,” Trumpet editor in chief Gerald Flurry wrote in June. “China has lied, buried the truth, and refused to let experts in to examine evidence, all the while hoarding medical supplies.” In so doing, he said China had committed “brazen aggression.”

And it would not be China’s only instance of such aggression during the year.

Xi also imposed an illegal set of new security laws on Hong Kong that strangled the territory’s freedoms, silenced its pro-democracy movement, and will basically turn it into just another city subject to the Chinese Communist Party. He advanced his domination of Xinjiang, where more than 1 million people from ethnic minorities have been placed in concentration camps where they’re abused in every way imaginable until they surrender their culture and adopt “superior” government-approved ways.

Xi and his Standing Committee also clinched a major trade deal with the European Union, made China the anchor of the Regional Comprehensive Economic Partnership, and bought more global influence with the Belt and Road Initiative. Under the Belt and Road framework, China turned Cambodia into essentially a Chinese colony.

Meanwhile, in regard to India, the South China Sea, the Senkaku Islands, and Taiwan, China assumed an increasingly aggressive military posture. And Xi accelerated China’s drive toward military modernization: During 2020, the nation increased its lead over America in terms of number of naval ships, made stratospheric missile advancements, conducted illegal nuclear weapons tests, prepared to launch its third aircraft carrier, and conducted a dizzying array of war games where it put its military might to the test.

On top of all that, China completed a quantum computer that makes the West’s supercomputers nearly obsolete and planted a Chinese flag on the moon.

Writing for the Hindu, Ananth Krishnan summed it up tidily: “If 2020 started as China’s annus horribilis, the year has, in the eyes of many strategic experts in Beijing, only hastened China’s ascendancy and narrowed the gap with the United States, its great rival.”

Russia and China: An Alliance in All but Name

As Putin and Xi were boosting their own power, they were also steering their nations toward closer cooperation. Part of this was the result of the coronavirus. Falling oil prices left Russia economically depleted and more reliant on China. And Russia also sought to learn all it could from China about how to contain the virus.

“The pandemic doesn’t create a new reality, but amplifies existing trends,” Alexander Gabuev, a senior fellow at the Moscow Carnegie Center, told rfe/rl in May. He explained that “sanctions and suspicions of relying on Western tech” had already been “driving Moscow and China closer.” But covid pushed Russia-China cooperation “forward at a faster pace.”

This prompted Russia to announce new high-level scientific cooperation with China related to testing vaccines. And Russia also deepened cooperation with China’s Hikvision in a bid to emulate the Chinese mass surveillance programs to trace infection paths. And as 2020 continued, this “faster pace” saw Russia and China undertake a laundry list of other high-tech joint ventures, and go in together on major gas projects in the Arctic. And in September, the two began work on one of the world’s largest polymer plants located in Amur, near their shared border.

Militarily, the two continued their high volume of weapons sales, direct technology transfers, and war games. In many of such arrangements, each nation trusted the other with confidential, highly sensitive information and insight into command and control, communications, computer, intelligence, surveillance and reconnaissance operations. They punctuated the year with a joint bomber patrol over the Pacific, with Russian and Chinese jets flying maneuvers in tandem.

Artyom Lukin of the Far Eastern Federal University in Vladivostok told rfe/rl: “On nearly every front, Russia and China have been coming closer.”

In October, Putin said it is “certainly imaginable” that Russia and China could form an official military alliance. But this year it became clear that in some vital ways, there is already a Russia-China alliance in all but name.

In August, Shinzō Abe announced his resignation, just days after he had broken a record for the longest continuous term as Japan’s prime minister. In his resignation speech, Abe said it pained him to step down without having achieved some of his major goals, which included changing the rules that limit Japan to strictly defensive military abilities. Abe long sought to normalize Japan’s military and make the nation less dependent on the United States for its security.

But though Abe left the prime minister’s office this year, it does not mean his goals did.

His successor, Yoshihide Suga, was long viewed as Abe’s right hand man, and Suga vowed to stay the course on Abe’s goals.

Already under Suga, the Japanese government has approved construction of new warships equipped with incredibly powerful Aegis missile interceptor systems. It also approved a landmark change for Japan’s missile capabilities and policies which will enable the nation to make preemptive strikes against enemy missile launch sites.

This preemptive strike ability is a stark break from Japan’s notional “defense only” military policy. the plan drew considerable fire from opposition party lawmakers. But like Abe, Suga is a nationalist determined to fully normalize Japan’s military.

For any nation, these moves would be worrying. But in light of Japan’s perverse wartime history and the mechanisms that were in place specifically to prevent another iteration of it, these developments are profoundly unsettling.

It is clear that 2020 was a history-altering year for Asia. And the Trumpet takes a keen interest in this region, not just because it is the most populous on Earth, but also because it’s a continent Bible prophecy gives forecasts for. The Scriptures show that a colossal Asian power will form in the modern age. Revelation 16:12 calls it “the kings of the east,” with the plural “kings” indicating that it will be a multinational force.

Revelation 9:16 says this Asian bloc will include a stunning 200 million soldiers, which is 15 times larger than the largest army in human history.

Ezekiel 38 shows that Russia will lead this bloc, with China in a position of secondary leadership. Verse 6 gives ancient names for modern Japan, showing that despite its current defense-only status and alignment with America, Japan will be grafted into this gargantuan, offensive-minded military power.

These prophecies, alongside passages in the books of Ezekiel, Daniel and Joel, make plain that this behemoth will play a major role in the third and final world war.

“Rising in the East is an emerging power bloc of tremendous potential—in manpower, economic heft and military might,” states our booklet Russia and China in Prophecy. “This emerging power bloc—a conglomerate of peoples which comprise over half of the world’s population—will be deeply involved in the tumultuous tide of events that will lead to the conclusion of mankind’s 6,000 years of self-rule!”

The events over the last year show that the nations of Asia are already fulfilling the early stages of these prophecies. To understand exactly how they will be “deeply involved in the tumultuous tide of events” of coming months and years, order and carefully read your free copy of Russia and China in Prophecy.