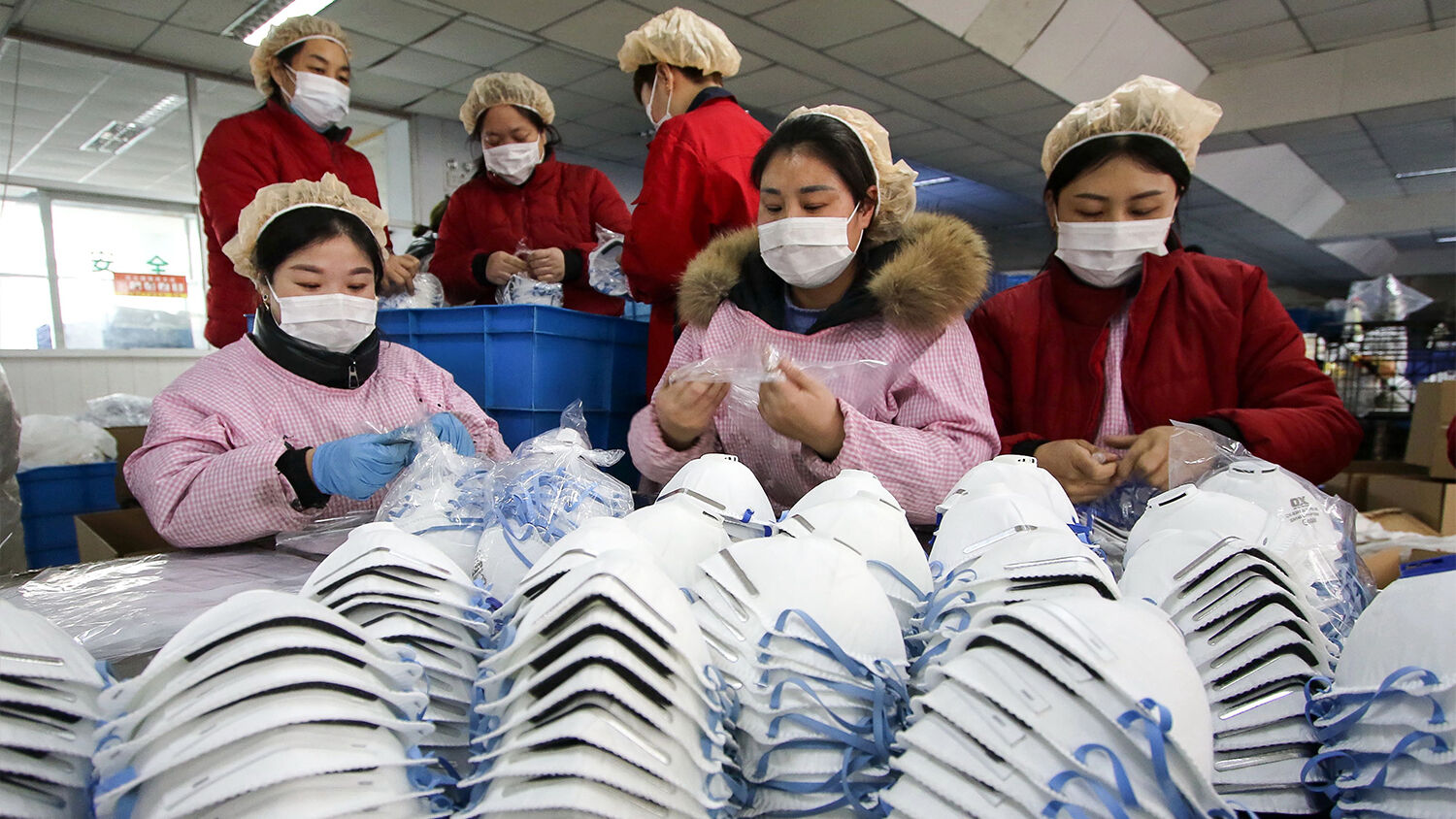 This photo taken on January 22, 2020 shows workers producing facemasks at a factory in Handan in China’s northern Hebei province.
STR/AFP via Getty Images

The Chinese Communist Party’s self-serving behavior throughout the coronavirus crisis provides a preview of the kind of rule that will soon dominate the world.

China threatened in the early days of the covid-19 outbreak to end the World Health Organization’s (who) investigation if the group announced a global health crisis and the disease’s human-to-human transmission, according to a new Central Intelligence Agency report confirmed to Newsweek on May 12.

China first informed the who of a new pneumonia-like illness emerging in Wuhan on December 31. The Chinese Communist Party (ccp) recognized the danger of the coronavirus even at this early phase of the outbreak, but rather than trying to warn the world of the need to take measures to contain it early, it took exactly the opposite approach. It told the who in January that China would “stop cooperating with the agency’s coronavirus investigation if the organization declared a global health emergency,” Newsweek wrote.

Meanwhile, as the ccp was pressuring the who to downplay the threat, it ordered Chinese embassies and other Chinese organizations in countries around the world to buy up as much medical equipment as possible abroad and ship it to China. In Australia, for example, journalist Liz Storer reported that “Chinese government-backed organizations” ceased normal business operations during January and February to “literally pillage Australia” for epidemic-related supplies, “which they proudly put into massive containers and shipped back to China.”

Data from China’s General Administration of Customs shows that from January 24 to February 29, China imported a total of 2.5 billion pieces of epidemic personal protective equipment, or ppe. This represents a staggeringly large quantity of gear—18 times larger than the usual amount—that China bought up from nations that were unaware of how disruptive the coronavirus would soon become for their own populations.

White House Director of Trade and Manufacturing Peter Navarro said on April 21 that China “vacuumed up all of the personal protective equipment around the world while it was hiding the virus.”

The purchasing frenzy may have been primarily intended to simply equip the Chinese population with supplies needed to combat the disease. But the ccp would also have well understood that by muzzling the craven who, the disease was sure to spread abroad, and that the countries whose shelves its agents had just pillaged would then be desperate for ppe.

Then when China did not end up using all of the medical equipment it had hoarded, it was well positioned to sell the excess back to desperate and fearful nations at a massive markup. “Not only is China hoarding,” Navarro said. “They are also selling it back to the world at prices that are obscene.”

The ccp may not have planned from the beginning for events to unfold as they did—with China having more ppe than it needed and being able to sell it back to fearful nations at a premium—but that is how it ended up happening. And it made the situation far more chaotic and expensive than it otherwise would have been for many countries around the world.

During His ministry on Earth, Jesus Christ spoke of a worldwide epoch called “the times of the Gentiles” (Luke 21:24). In the February 2020 Trumpet, editor in chief Gerald Flurry wrote about the modern world edging into this dark epoch. He wrote: “These ‘times of the Gentiles’ are yet to be fully realized. However, we are in the outer edges of this catastrophic storm.”

Mr. Flurry explained that the term Gentile describes “non-Israelite peoples.” The term Israel mainly refers to modern-day America and Britain, which is thoroughly explained in our free book The United States and Britain in Prophecy, by Herbert W. Armstrong.

For decades, American and British leadership upheld the rule of law in much of the world and stabilized civilization for billions. But during “the times of the Gentiles,” the rule of law will be despised, and the reins of world power will be taken up by dictators who rule two main groups of non-Israelite nations. “While there are many Gentile nations around today,” he wrote, “when this prophecy is completely fulfilled there will be two major powers—one revolving around Russia and China, and the other around Germany.”

So the Chinese Communist Party’s self-serving and deceptive behavior throughout the coronavirus outbreak is only the beginning. It gives us a preview of the type of corrupt governance and chaos that will dominate the world during the times of the Gentiles.

As Mr. Flurry wrote, we are now only in the outer edges of this new era. But soon these times will be fully realized and the kind of government that unleashed the coronavirus on the world and then did all it could to profit from it will be the main global powers. Clearly it will be a “catastrophic storm.”

In His forecast about the tempestuous days ahead, Christ said “men’s hearts” would be “failing them for fear” (Luke 21:26). But in the following verse, He shows that the storm will not last long, and that it will give way to an event far more momentous. To understand more, read Mr. Flurry’s article “The Climax of Man’s Rule Over Man.”