The giants of Asia are being coy about their relationship. 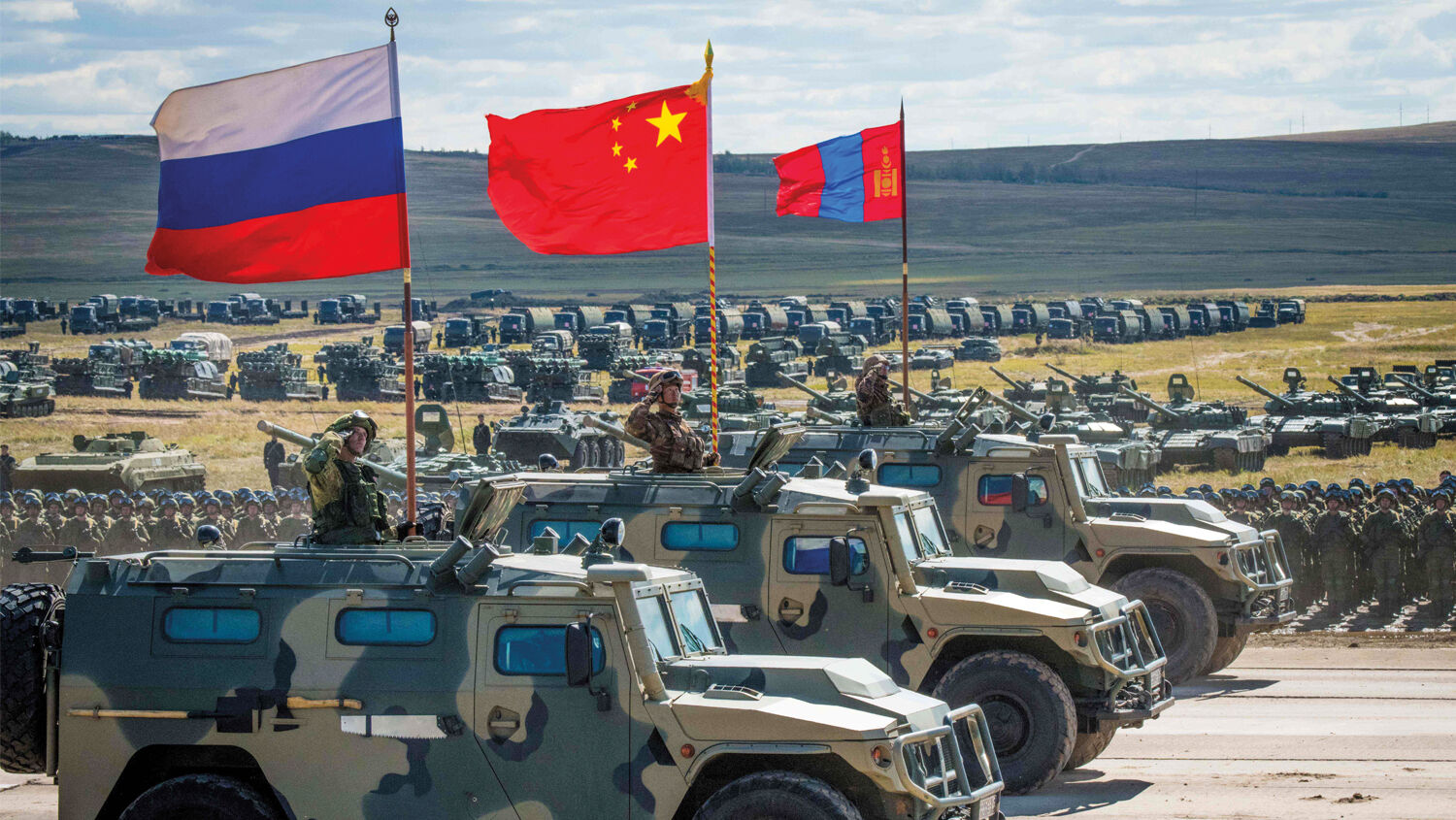 The giants of Asia are being coy about their relationship.

An official military alliance between two of the three most powerful nations on the planet. An alliance containing the world’s largest economy and its second and third most powerful militaries. A Russia-China alliance. That is what Russian President Vladimir Putin was asked about at the Valdai Discussion Club on Oct. 22, 2020.

Putin said: “[O]ur relations have reached such a level of cooperation and trust that it is not necessary, but it is certainly imaginable.”

Such an alliance will change the world.

Truly, the level of trust and cooperation between the Russian and Chinese militaries is already astoundingly high.

Russia-China relations did not begin to warm until the end of the Cold War. Over the past two decades, their armies have held more than 30 joint military exercises, in which each military has been trusted with secret highly sensitive information and insight into the command, control, communications, computer, intelligence, surveillance and reconnaissance operations of the other.

Also significant is the high volume of direct technology transfers taking place between the two, the coordination of nuclear forces, and China becoming the largest and most reliable customer for the Russian weapons industry. Further, Russia and China maintain long-term strategic dialogue at the highest levels of government, including a close personal relationship between Putin and Chinese President Xi Jinping.

The day after Putin called a world-changing alliance “certainly imaginable” and added, “time will tell how it will develop,” Chinese Foreign Ministry spokesperson Zhao Lijian warmly welcomed Putin’s remarks. “Under the strategic guidance of President Xi and President Putin, mutual political trust and strategic coordination between the two countries has been enhanced,” he said, adding that Xi’s government is “ready to work with Russia to comprehensively implement our leaders’ consensus” to develop even closer “strategic communication and coordination.”

How close could the two Asian giants end up? Zhao said there is “no limit.”

This talk of even greater cooperation only adds to what some Asia experts say is already a Russia–China alliance in all but name.

“It is long since time that analysts and policymakers acknowledge the reality that is evolving right before their eyes,” Stephen Blank, a senior fellow with the American Foreign Policy Council, said on Jan. 19, 2019. He warned that Russian and Chinese leaders declining to use the word “alliance” may be a deception. “Moscow keeps inventing euphemisms to disguise what is going on,” he wrote. For years, the Russians called their relationship with China “strategic cooperation.” It was later upgraded to a “comprehensive strategic partnership” and again more recently to a “privileged strategic partnership.”

Blank characterized such labels as “attempts to deceive foreign observers as to the alliance’s real nature.”

A glimpse of the “real nature” of the Russia-China relationship can be partly gathered from Putin’s remarks on what to call it during a 2016 interview with China’s Xinhua news agency.

“As we had never reached this level of relations before, our experts have had trouble defining today’s general state of our common affairs,” Putin said. “It turns out that to say we have strategic cooperation is not enough anymore. This is why we have started talking about a comprehensive partnership and strategic collaboration.” It was an acknowledgment that the relationship is basically an alliance already, but that Russia is avoiding using that term.

Blank suggested that the shades of nuance between these various terms is irrelevant given the nature of the relationship. “It is hard to know,” he wrote, “how a privileged partnership expands upon a comprehensive one” (op cit).

The Trumpet watches and reports on strengthening Russia-China ties because the Bible prophesies that a multinational Asian alliance will form in the end time. Revelation 16:12 calls this bloc “the kings of the east.” Revelation 9:16 says the force will include a stunning 200 million soldiers, 15 times larger than the largest army in history. These prophecies and others make clear that this leviathan will play a major role in the Third World War.

Russia and China are prophesied to lead this bloc and are already fulfilling the early stages of these prophecies. In 2014, after China backed Russia’s unlawful annexation of Ukrainian territory, Trumpet editor in chief Gerald Flurry said the support was “a stunning fulfillment of a biblical prophecy!” (Trumpet, May-June 2014).

He wrote: “[W]e have been proclaiming for over 50 years that Russia, China and other Asian nations would ally themselves in the end time.”

Earlier in the article, he wrote: “[W]e are in that end time now. … When these Asian nations—extremely powerful nuclear-armed countries—begin to show solidarity with each other regarding moves like that, what does that portend for the world? I tell you it is woe to the world. It will cause many serious problems.”

To understand the Bible passages that prophesy this gargantuan Asian military alliance request your free copy of Russia and China in Prophecy.