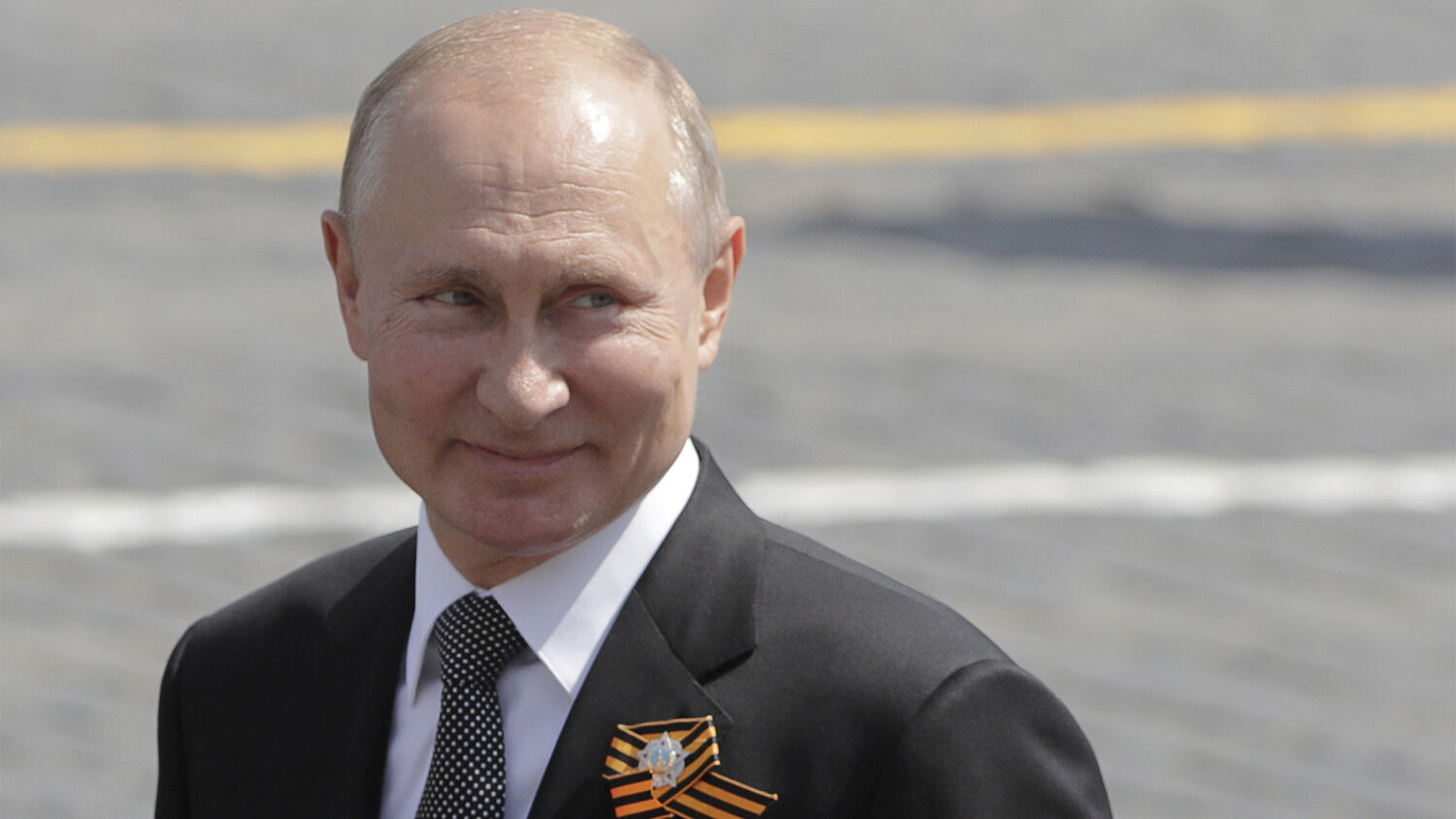 The strongman could essentially rule Russia as long as he lives. But his declining popularity may herald a darker chapter in his reign.

On paper, it looks like Russian President Vladimir Putin has scored a major victory. Reports say a supermajority of Russian voters approved a constitutional amendment that lets him essentially remain president for life. In reality, Putin’s popularity is plummeting, and his people understand that the electoral process has been manipulated at almost every stage. This could significantly strengthen Putin’s opposition.

For weeks leading up to the “all peoples vote,” Putin had Russia’s propaganda machine operating in overdrive, proclaiming the patriotic duty of Russians to vote for the amendments. Celebrities were enlisted to reinforce the message, military parades were timed to stir up nationalistic sentiments, and some 2 million prizes were promised to those who voted.

On top of all this, Putin arranged it so that the amendment letting him maintain power was not the only item being voted on. Bundled with it were numerous “sweetener” amendments on increasing wage and pensions, codifying Russia’s “faith in God” in the constitution, defining marriage as strictly between a man and a woman, and making it illegal for Russia to give away any of its territory. If a voter wanted to pass these kinds of measures, all of which are exceedingly popular among Russians, then he would have to also vote in favor of Putin’s power grab.

Meanwhile, a government agency blocked the website of the “No” campaign. And a crusade was carried out coercing public-sector employees into voting for the measure at risk of losing their jobs.

The result, according to the Russian daily Kommersant, was a turnout of an impressive 68 percent of voters. This number was 10 percentage points higher than the 1993 turnout for enacting the constitution. It represented 57.7 million people, including a cosmonaut—the first person in history to cast a ballot from the International Space Station.

‍ Russian cosmonaut Anatoly #Ivanishin became the first human to ever vote… from space. Thanks to wonders of modern technology he took part in the secured digital voting for 2020 Amendments to the Constitution of #Russia from #ISS.

The verdict from all these voters was a hearty endorsement of Putin’s power grab, with reports of about 78 percent approving the package of amendments.

Of course, the tallying itself was just as rigged as the pre-vote campaign—or more so: A pair of exit polls showed that a majority in Russia’s two most populous cities, Moscow and St. Petersburg, voted against the amendments. But the official counts reported the cities at 65 and 78 percent in favor.

These are alarming discrepancies. But Putin prevented much light being shed on them by banning all international monitors except staunch Kremlin loyalists. Monitors from the Council of Europe and the Organization for Security and Co-operation in Europe were not permitted to watch, but several among Europe’s pro-Russia far-right factions were. Among them was German politician Stefan Keuter of the Alternative für Deutschland (AfD). He lauded the election’s standards as being “higher than Germany’s.”

The trouble is, many Russians were not convinced by Keuter’s endorsement and all Putin’s other theatrics.

For the last 20 years, Mr. Putin has led the country either as president or prime minister, and now, as Russia trudges through a period of economic malaise, his approval ratings have fallen to record lows. Yet because of the new amendments, he is set to rule for 16 more years. The combination of these factors is fomenting “Putin fatigue” throughout parts of Russia—particularly among the country’s younger generations. And some have taken to the streets and to social media to protest.

What was most offensive about Putin’s power grab—and perhaps most surprising—was his failure to maintain an appearance of obeying the “letter of the law.” For the last two decades, Putin has maneuvered, schemed and manipulated to keep and increase his power—but he has always done so in a way that lets him claim, however hollowly, to be abiding by the rules.

This time the situation is different.

“It’s far from clear today whether a majority of Russians truly supported Putin’s amendments,” journalist Leonid Ragozin wrote on July 7. “And more importantly, most Russians genuinely don’t know where the majority stands.” Ragozin said that even by Russia’s own very lenient standards, “the vote didn’t remotely resemble a procedure that reflected the will of the people.” As a result, Ragozin believes Putin’s legitimacy was “grossly undermined” by the vote.

Dissatisfaction with Putin may continue to mount. If Russia’s economic malaise persists, it could do so rapidly.

But do not expect it to drive him out of office.

Instead such a trend may push Putin onto a darker and more dictatorial path—in line with the leadership style of some of his predecessors, such as Ivan the Terrible and Joseph Stalin. These were ruthless dictators who dealt with any threat to their power, real or perceived, with brute force. Tens of thousands of Russians died under Ivan, and tens of millions under Stalin.

Putin has already proved himself willing to murder his own people in order to prolong his rule. “Evidence suggests that … he has had more than 130 journalists murdered,” Trumpet editor in chief Gerald Flurry wrote of Putin in 2018. And his “internal campaigns have killed more than 150,000 Russians in Chechnya,” Mr. Flurry wrote.

For 20 years, the people of Russia have allowed Putin to attack his opposition, silence critical media, and otherwise bend most every rule in the books. They have played a part in turning him into a nearly untouchable dictator. And now, if they want to give him the boot, it’s very likely too late for them to make it happen. His power over them is now too vast, and his grip too tight.

The Trumpet believes Putin will hold the reins whether a majority of the people of Russia like it or not. This is our stance because of forecasts from a reliable source: the Bible.

Revelation 9:16, written around a.d. 90, describes an Asian army that will field 200 million soldiers in the end time: “And the number of the army of the horsemen were two hundred thousand thousand: and I heard the number of them.” That is a force of more men than the total number of people even alive at the time it was written.

Revelation 16:12 calls this massive force “the kings of the east,” with the pluralized kings indicating a bloc of several Asian countries. Ezekiel 38 shows specifically which countries would make up this group, and gives details about its leadership: “And the word of the Lord came unto me, saying, ‘Son of man, set thy face unto Gog, of the land of Magog, prince of Rosh, Meshech, and Tubal, and prophesy concerning him” (Ezekiel 38:1-2; Young’s Literal Translation). Anciently, Rosh or Rus was the name of Russia, a fact recognized by the Jamieson, Fausset and Brown Commentary, Benson Commentary on the Old and New Testaments and other Bible sources.

The passage describes the military campaigns of this force led by the “prince of Rosh, Meshech, and Tubal.” Who is the “prince” steering this colossal army?

In the September 2014 issue of the Philadelphia Trumpet, Mr. Flurry wrote:

By the time he wrote his 2017 booklet, The Prophesied ‘Prince of Russia,’ Mr. Flurry was even more certain that Putin would personally fulfill this role. He wrote: “This world has a lot of authoritarian rulers. But Vladimir Putin is one we need to keep a particularly close eye on. His track record, his nationality and his ideology show that he is fulfilling a linchpin Bible prophecy. The time frame of his rule also shows that nobody else could be fulfilling the Ezekiel 38 and 39 prophecy. … I believe he is almost certain to be the ‘prince of Rosh’ whom God inspired Ezekiel to write about 2,500 years ago!”

Since the Trumpet has this understanding of Vladimir Putin’s role in end-time prophecy, we believe that even if his people tire of him, he will almost certainly remain Russia’s leader. To understand more, order your free copy of Mr. Flurry’s booklet The Prophesied ‘Prince of Russia.’