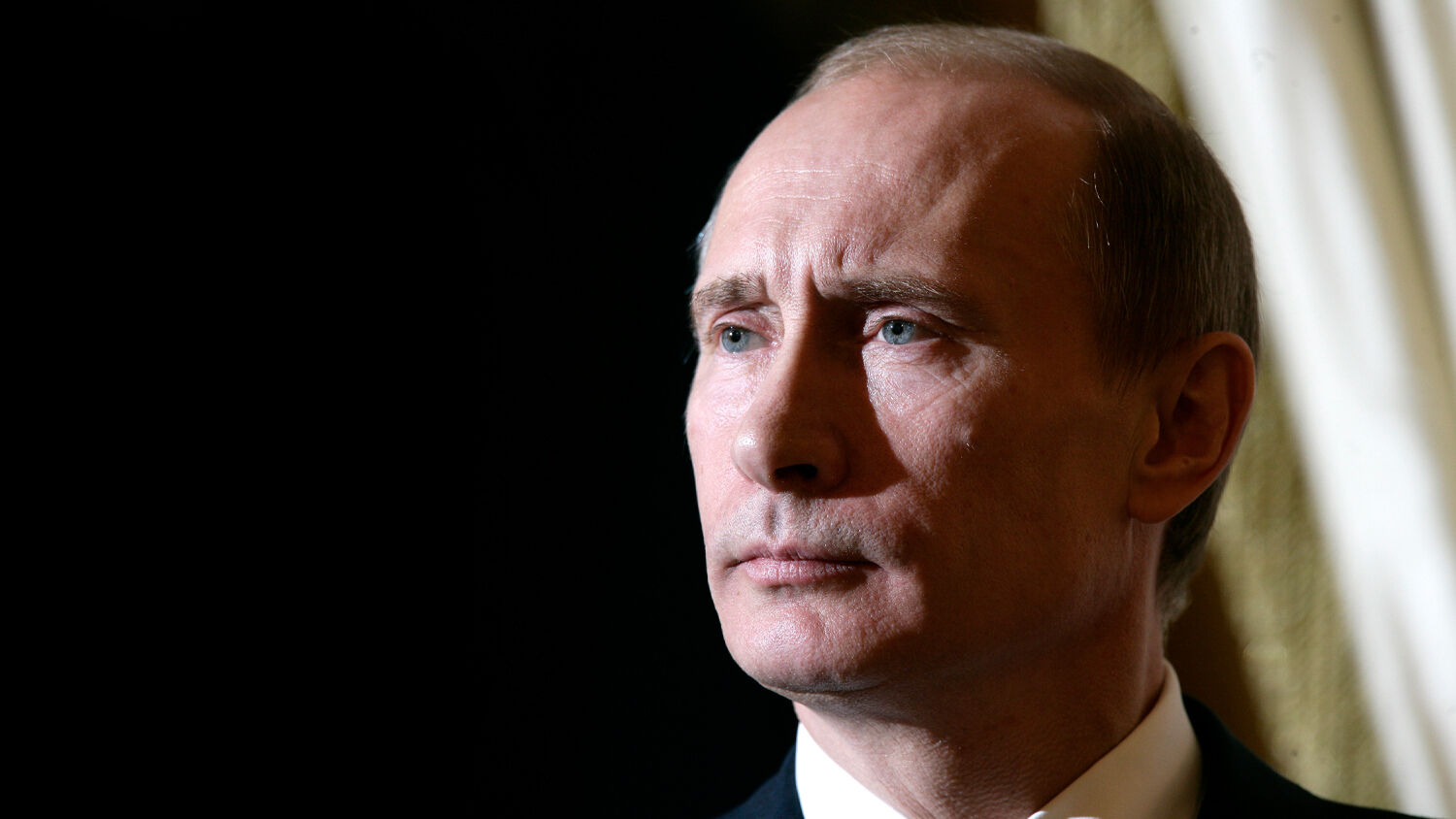 Putin expands his footprint in the USSR’s old stomping grounds.

The Eurasian Economic Union (eeu) welcomed Uzbekistan and Cuba as its newest observer members on December 11. The eeu is an international organization with a similar economic structure to the European Union. It acts as a common market for the “free movement of goods, services, capital and labor” as well as a framework for harmonized economic policies within the bloc. The current member states are Russia, Belarus, Armenia, Kazakhstan and Kyrgyzstan. The other observer state of the bloc at this point is Moldova.

Both Cuba and Uzbekistan plan to join the bloc officially by 2025. Cuba will be modifying its economy for the next few years to prepare for joining the bloc.

The bloc has the largest oil production rate in the world. It also has the world’s second-largest natural gas production rate. It is the third-largest cast-iron and fifth-largest steel producer. It makes up 3.2 percent of the world’s gross domestic product altogether.

The eeu is, on paper, a union of equals. It’s headquartered in Minsk, Belarus. Its honorary chairman is former Kazakh President Nursultan Nazarbayev. But it doesn’t take much detective work to see where the real power lies. Russia is responsible for the vast majority of the bloc’s economic output. It has the largest population and geography in the bloc. Russia has military bases in all other member countries of the bloc. And all member states so far have been former Soviet republics.

In 2005, Russian President Vladimir Putin called the Soviet Union’s collapse “the greatest geopolitical catastrophe of the [20th] century.” His number one foreign-policy aim was and is to bring Russia back to superpower status. An important way he is accomplishing this is through rebuilding the old Soviet empire piece by piece. Putin demonstrated this when he invaded Georgia in 2008 and when he annexed Crimea from Ukraine in 2014. He said in 2010 that “whoever does not miss the Soviet Union has no heart.”

He also said that “whoever wants it back has no brain.” The empire Putin is building isn’t exactly the same variety of beast the Soviet Union was. Long gone are the Communist economics that kept people poor and miserable. In this new Russian empire, people are allowed to own their own property and run their own business. They can enter the middle class or even the upper classes; look at how fast the Russian oligarchs made their fortunes. There is greater freedom of information with relatively unfiltered access to the Internet. The kgb (now renamed the fsb) is not nearly as intrusive as it used to be. People can (and can afford to) travel abroad and even emigrate.

This Russian empire is also not the multiethnic colossus the ussr used to be. Part of what unraveled the Soviet Union was its diverse population. At the collapse in the early 1990s, Russians made up only about half of the Soviet Union’s population. The various ethnic groups in the union—from Azerbaijanis to Estonians to Tajiks—wanted their own independent countries and took advantage of Moscow’s weakness at the time to break free.

Putin is seemingly careful not to let ethnic divisions break up Russian hegemony again. Most of the major additions to his empire—South Ossetia from Georgia and Crimea from Ukraine—have Russia-friendly populations that welcomed Moscow’s intervention. For nations that aren’t too friendly, Putin needs to bring them back without making Russia look too domineering. The eeu seems to be his solution.

The eeu already has a common economic market and a supreme court to settle disputes between member states. It has governmental bodies modeled after the European Union’s. For example, the Supreme Eurasian Economic Council, which is made up of the member nations’ leaders and makes rulings based on consensus, is based on the European Council. There is talk about creating a common currency and Eurasian Central Bank. The eeu is well on the way to becoming a superstate.

The eeu is Putin’s modernized version of the Soviet Union without the oppressive associations the ussr had.

Adding Uzbekistan and Cuba would be huge for the bloc. Uzbekistan’s population of over 33 million is the largest in Central Asia. At the ussr’s breakup, Uzbeks made up the union’s third-largest ethnic group behind Russians and Ukrainians. It has the second-largest economy in Central Asia.

Cuba, which is nowhere near Central Asia, would bring Russia’s single market a short boat ride from America and next to one of America’s most important trade routes: the Gulf of Mexico. Cuba could also serve as an important economic gateway between Russia and Latin America.

In short, the chaos, instability and weakness of post-Soviet Russia is a thing of the past. The Russian bear is out of hibernation—and it’s hungry.

The Trumpet has been watching Vladimir Putin’s rise for years. Our editor in chief Gerald Flurry writes in his free booklet The Prophesied ‘Prince of Russia’: “Russia is the most dangerous and aggressive nuclear superpower in the world today. Surely that means Russia must be discussed in Bible prophecy. If you know its ancient biblical name, you can find prophecies about this nation in the Old and New Testaments.”

Could Russia really be in Bible prophecy? Great empires like Alexander the Great’s Greece and ancient Rome were prophesied in the Bible. (For proof of this, request our free booklet The Proof of the Bible, by Herbert W. Armstrong.) The czars built an empire larger than the empires of antiquity ever were. The Soviets after them made Russia’s influence global. You would think that if relatively smaller empires are mentioned in Bible prophecy, a country that has been so powerful for so long as Russia would be as well.

A pivotal prophecy regarding Russia is found in Ezekiel 38. “And the word of the Lord came unto me, saying, Son of man, set thy face against Gog, the land of Magog, the chief prince of Meshech and Tubal, and prophecy against him” (verses 1-2). Mr. Flurry writes in The Prophesied ‘Prince of Russia’:

Scholars generally agree that “Gog” is Russia, and that “the land of Magog” includes China. The descendants of Meshech and Tubal have been found together throughout history. In Assyrian and Greek histories, Meshech appears as Musku, Muski or Mushki—all names related to the Russian spelling of Moscow, as you can read in the International Standard Bible Encyclopedia. What about Tubal? On the eastern side of the Ural Mountains lies the city of Tobolsk, named after the Tobol River, a name derived from Tubal. Tobolsk was once the seat of Russian government over Siberia and was basically considered Russia’s Asian capital.

There is also a name for all of the Russian people in Ezekiel 38:2. There is controversy over how the Hebrew word rosh should be translated in this verse. The King James Version uses the adjective “chief.” But the correct rendering (used by the Moffatt, New King James and others) uses the word not as an adjective, but as a proper noun: Rosh. Thus, that verse should read, “the prince of Rosh, Meshech and Tubal.”

Rosh was the ancient name of Russia, once called Rus. Many encyclopedias and commentaries (such as the Jamieson, Fausset and Brown Commentary) recognize this. So who is this “prince” of Russia, Moscow and Tobolsk? The use of all three names shows that this is an individual ruler of all the peoples of Russia, from the west to the east. The reference to the cities of Moscow and Tobolsk helps us see how vast Russian territory is in these latter days.

Mr. Flurry identifies this “prince of Rosh” as Vladimir Putin. And we’re seeing him encroaching on the former Soviet world—without weapons at this point—more and more.

But does Putin’s story end with Uzbekistan and Cuba? It does not.

Other prophecies reveal that Vladimir Putin’s Russia will increase in power until he leads the largest military machine the world has ever seen. And it will affect the lives of everybody on the planet. To learn more, please request our free booklet The Prophesied ‘Prince of Russia.’