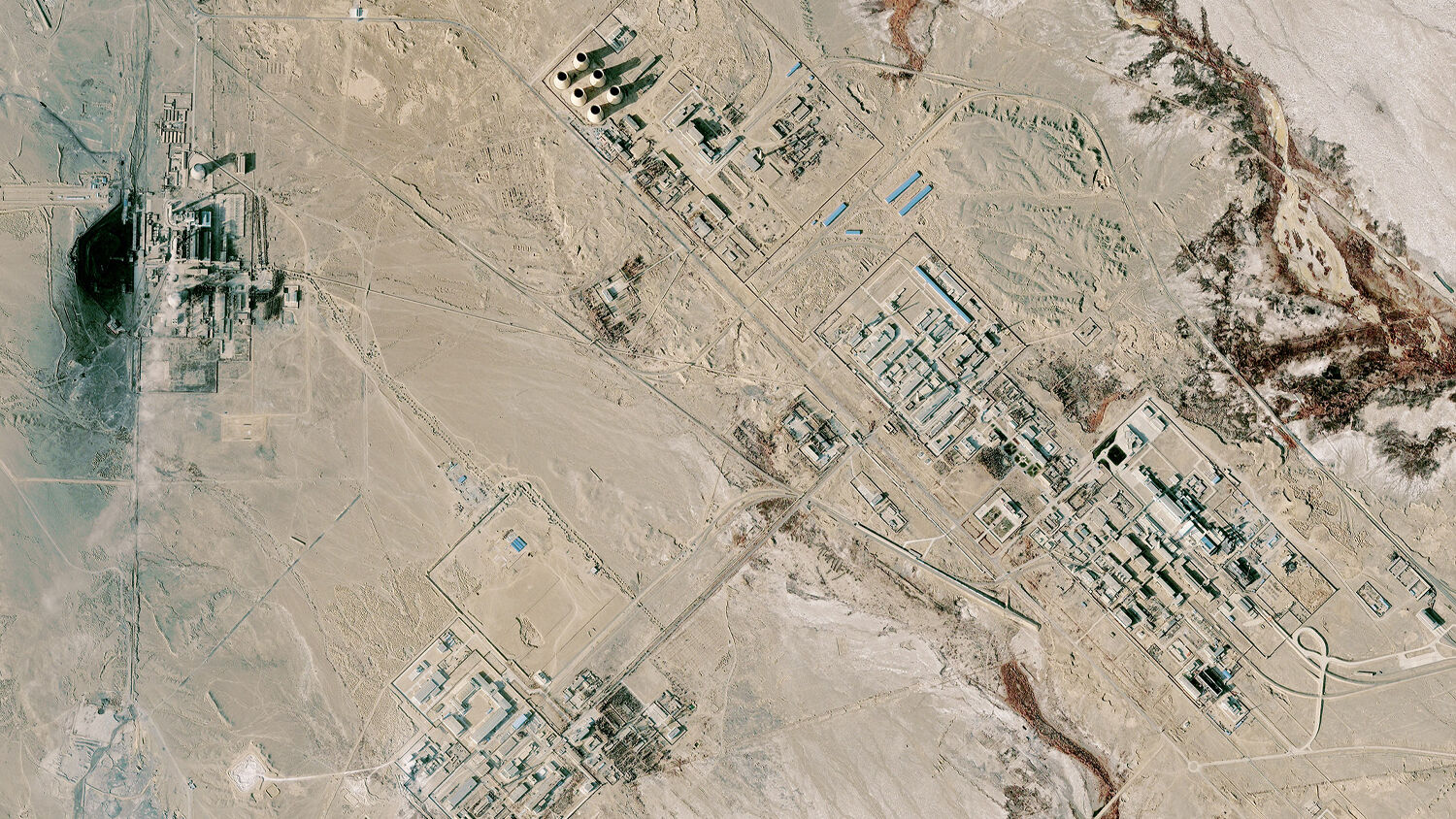 ‘[I]t is clear from imagery that China is engaged in a secretive crash buildup.’

Newly declassified United States intelligence documents reveal that China is carrying out a surreptitious strategy to rapidly increase its number of nuclear warheads and the capacity of its delivery systems.

The documents, published by the Washington Times on November 13, consist of a collection of slides that were shown during a recent briefing for members of the North Atlantic Treaty Organization.

One slide shows that over the past two years, a plutonium production area in China’s Jiuquan Atomic Energy Complex doubled in size. The plant also added a new reactor.

#China is enhancing its nuclear forces by expanding its plutonium and uranium plants to increase the number of warheads. The Jiuquan Atomic Energy Complex has , doubled in size in the past 2 years. #ColdWar #CCP @TheWarMonitor @AndrewSErickson @IntelCrab @IndoPac_Info pic.twitter.com/eKlKVdXlqb

The revelation is significant, largely because nuclear watchdogs believed for decades that China had terminated uranium production for weapons in 1987 and had discontinued plutonium production for arms use in 1991. The expansion at the Jiuquan facility indicates that the Chinese are once again producing both materials.

A second U.S. intelligence slide is a satellite photo revealing major expansion underway at the nuclear-arms research facility in Mianyang, China. This complex is part of the China Academy of Engineering and Physics, the country’s main organization for nuclear weapons work. The recently expanded Mianyang facility is known to be where the bulk of China’s nuclear warhead production and testing take place.

A third slide is a photo showing that China has expanded its military reactor facility in Leshan by about 20 times its size. Military analyst Bill Gertz points out that besides building components for nuclear weapons and reactors, the Leshan complex also “appears to be part of China’s major buildup of nuclear-powered ballistic missile and attack submarines.”

The revelations are significant in part because the Pentagon said in September that China seeks to double its number of nuclear weapons in the near term. The expansions of the Jiuquan, Mianyang and Leshan facilities (and increased activity at the Lop Nur site) appear to confirm this forecast. And it may mean the Chinese seek even to go beyond the anticipated twofold increase.

“[I]t is clear from imagery that China is engaged in a secretive crash buildup of its infrastructure,” Marshall Billingslea, the State Department’s chief diplomat for weapons control, told the Washington Times. “There is no doubt that China wants to be on par with the United States and Russia in terms of its military and nuclear capabilities.”

He added: “The world deserves to know what China is up to. They have never admitted how many nuclear weapons they have and how many they plan on building.”

China is obligated by the Treaty on the Non-Proliferation of Nuclear Weapons (npt) to openly discuss its nuclear arms, but it has so far declined to do so.

“For months now, we have been calling on the Chinese Communist Party to come to the table and negotiate in good faith,” Billingslea said. “This is not merely an ask that we have. This is an obligation of theirs. China is legally bound to honor it. The npt states plainly that all parties must pursue negotiations in good faith. China is perilously close to standing in violation of the npt due to their repeated refusals to meet.”

Meanwhile, as China’s arsenal grows, it is also developing, testing and refining the equipment needed to deliver its growing number of warheads to their targets.

Billingslea calculates that in both 2018 and 2019 China launched an astounding 225 ballistic missiles. This is more than the rest of the world combined. And as of October, it had fired 180 ballistic missiles so far this year.

Adm. Charles Richard, commander of the U.S. Strategic Command, stressed in a September 14 talk with reporters that China’s submarine missile abilities also constitute a serious threat. He said: “China now has the capability to directly threaten our homeland from a ballistic missile submarine. That’s a pretty watershed moment.”

The darkening nuclear shadow in China may seem like a distant threat. But it should grip our attention. During His ministry on Earth, Jesus Christ prophesied that a global war would erupt that would threaten to wipe out mankind. Matthew 24:21-22 record Him saying: “For there will be greater anguish than at any time since the world began. And it will never be so great again. In fact, unless that time of calamity is shortened, not a single person will survive …” (New Living Translation).

When He spoke those alarming words, a war that could end the life of every “single person” was not yet technologically feasible. But today, with thousands of nuclear warheads deployed around the world, and with China engaged in “a secretive crash buildup” of its nuclear firepower, the conditions are in place for this prophecy to be fulfilled.

But as we see that tragic nuclear war looming on the horizon, there is cause for hope. In verse 22, just after Jesus says that the war at the end of our era will be so cataclysmic that it could extinguish all human life, He then gave a tremendously important detail: “But it will be shortened.”

From this detail, we know that nuclear World War iii will be interrupted. Just before mankind detonates enough weaponry to erase human life, Christ will return and bring a decisive end to the conflict. And following the age of unprecedented war and devastation, He will usher in a new epoch of unprecedented worldwide peace. Regarding this future era of peace, Micah 4:3 states: “[T]hey shall beat their swords into plowshares, and their spears into pruninghooks: nation shall not lift up a sword against nation, neither shall they learn war any more.”

In his booklet Nuclear Armageddon Is ‘At the Door,’ Trumpet editor in chief Gerald Flurry discusses humanity’s intense need for God’s help: “Only God can solve our number one problem: that of human survival. Men don’t know the way of peace. God knows—and if you keep His law of love, it will bring great joy and peace into your life.”

He continues: “We are now at the edge of this nuclear abyss! As all these horrible signs come to pass, we know Christ is about to return.”

To understand these vital Bible passages and to learn how to enjoy the “great joy and peace” that comes from abiding by God’s law today, order your free copy of Mr. Flurry’s booklet Nuclear Armageddon Is ‘At the Door.’