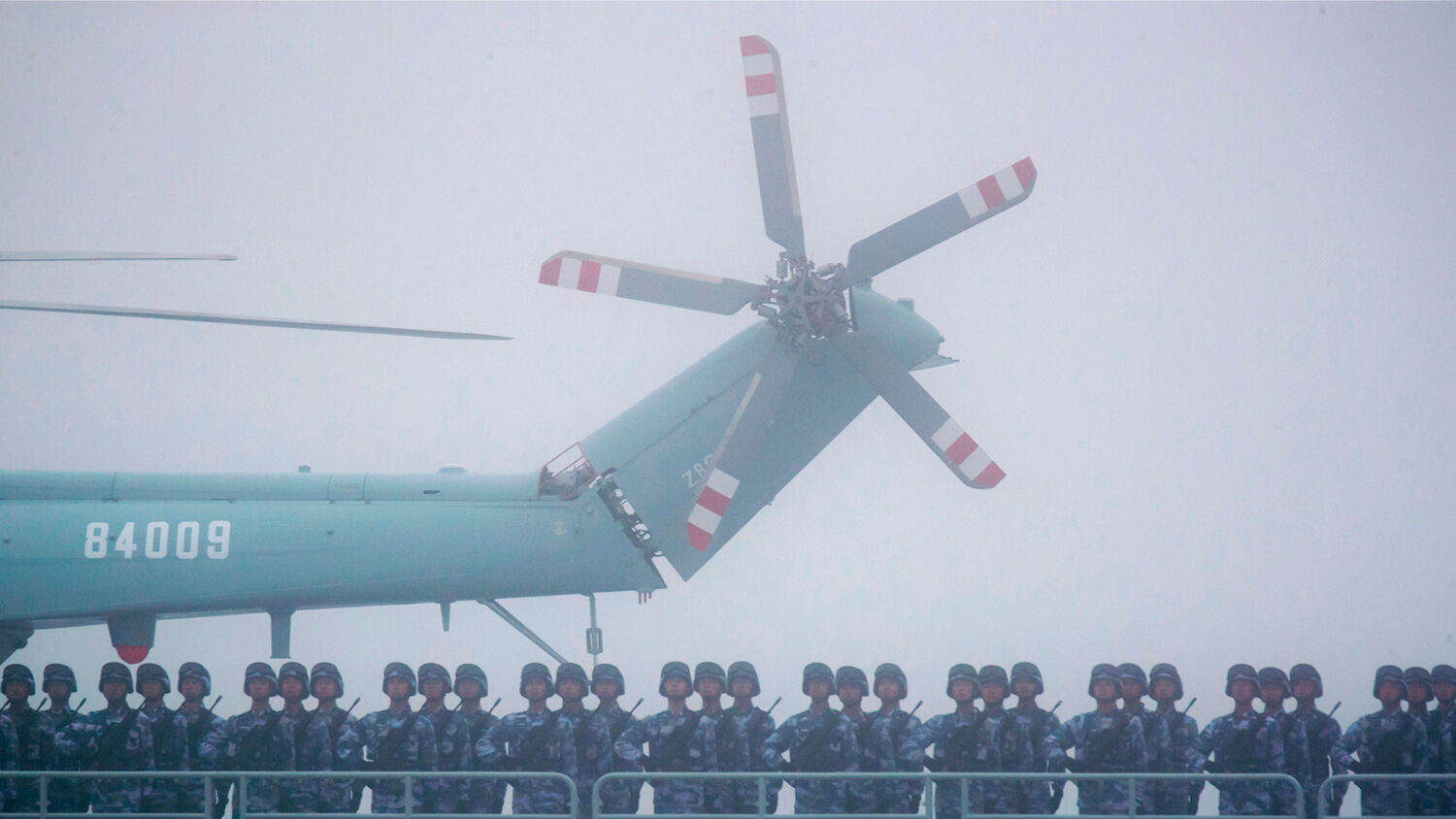 The drills may show that the days of Taiwanese independence are numbered.

China has conducted five nearly simultaneous military exercises at locations along its coasts in recent weeks, demonstrating an unprecedented ability to mobilize forces for operations across multiple sea regions.

Two of the recent sets of drills occurred at locations in and around the South China Sea, one of which saw the military test-fire a series of advanced missiles into waters between Hainan and the contested Paracel Islands. The Chinese claim that among the tested missiles was at least one of the long-rumored DF-21 “carrier killers.” Another People’s Liberation Army Navy exercise was staged in the East China Sea, near Taiwan. A fourth was conducted in the northern part of the Yellow Sea, and a fifth was held further south in the Yellow Sea, in the Bohai Gulf.

The staging of these war games at five locations in three different seas represents a milestone for the pla Navy, as it showcases a new capacity to operate in multiple regions simultaneously.

And the specific locations of the exercises were not selected at random.

“By simultaneously conducting drills in the three seas,” Chinese military analyst Ni Lexiong told Reuters, “it means China is testing its ability to fight enemies coming from three directions at the same time—for example from Taiwan, from Japan and from the U.S. from the south.”

Japan and Taiwan remain allies of the United States. By conducting military drills at these specific locations, China intended to send a message mainly to the U.S. that even if it had both of those Asian allies on its side, the Chinese would be prepared to confront an assault from multiple directions.

Ni also pointed to the increasing frequency of China’s war games in these areas, saying it serves as an indication of Beijing’s bellicose intentions: “Historically, frequent drills are a clear predictor of war.”

The possibility of war—specifically one aimed at bringing Taiwan under Beijing’s control—has been weighing on the minds of U.S. Navy Adm. James Winnefeld (Ret.) and former acting director of the Central Intelligence Agency Michael Morrell. In a recent essay that has made the rounds in America’s Asia security circles, Winnefeld and Morrell emphasize the Chinese leadership’s intensifying determination to assert its power over Taiwan. And they warn that if the U.S. presidential election results end up being “contentious and contested,” then the Chinese will see it, correctly, as “an even more vulnerable time than usual for U.S. decision-making.”

As such, the Chinese would view a politically paralyzed America as an opportunity that “would only appear every few decades.” Winnefeld and Morrell say this perception could prompt the Chinese to “place in motion Operation Red Province—to bring Taiwan back into China.”

This is a chilling possibility. And one that Trumpet editor in chief Gerald Flurry has said is inevitable.

For decades, the Taiwanese have worried about the growing possibility of a Chinese military invasion. But they have succeeded in maintaining their independence so far because of political support, security assurances and weapons sales from their main ally, the U.S.

In recent years, though, America’s backing of Taiwanese independence has been called into question. In 1998, Bill Clinton became the first U.S. president to succumb to Beijing’s persuasion to publicly oppose Taiwanese independence. Mr. Flurry wrote at the time that Clinton’s stance showed it was only a matter of time until China would force Taiwan under its control.

“The Chinese leaders pressured the president and America to speak against our freedom-loving friends [in Taiwan],” Mr. Flurry wrote in the August 1998 Trumpet issue. He continued:

The people of Taiwan fear for their future. They feel betrayed. … Once again, America has showcased its broken will to the whole world. … How could anyone fail to see that Taiwan is destined to become a part of mainland China? These 21 million people [now 24 million] are going to be forced into the Chinese mold; and it is going to happen for one reason: because of a pitifully weak-willed America. Does freedom really mean so little to us?

Mr. Flurry’s comprehension of America’s “pitifully weak” will, and how it will play into the China-Taiwan dynamic, is founded on Bible prophecy. Leviticus 26 records God warning “Israel” that if the people of the nation despise Him and His law then He would punish them in some specific ways. One of these is recorded in verse 19: “I will break the pride of your power.” In this passage, Israel refers mainly to modern-day America and Britain, which is fully explained in our free book The United States and Britain in Prophecy, by Herbert W. Armstrong.

At the time that Mr. Flurry wrote that 1998 article, the likelihood that China would conquer Taiwan may have seemed slight. But today, with China staging numerous simultaneous war games to demonstrate its burgeoning military power—and with the U.S. increasingly divided and possibly heading toward a disputed presidential election—it is clear that Mr. Flurry’s forecast will soon happen.

In the August 2020 issue of the Philadelphia Trumpet, Mr. Flurry examined another angle of China’s rising power. In his article titled “Where Is the China-America Clash Leading?”, he showcased China’s dangerous domineering of the South China Sea and placed it in the context of another specific Bible prophecy. “In Deuteronomy 28:52,” he wrote, “God says that if the descendants of Abraham [the same people defined above as Israel] rejected Him, He would cause their enemies to take control of the gates.”

Mr. Flurry explained that “gates” in this passage refers to maritime locations that enable a nation to “allow or deny access” to a given region. By creating and militarizing artificial islands in the South China Sea, Mr. Flurry said, “China is prying the region away from American power by literally building new sea gates ….”

With some of China’s spate of simultaneous drills last month occurring in this vital sea, China’s determination to pry the region “away from American power” is on glaring display. To understand the significance of China’s burgeoning power, and what it means for the United States and the whole world, read “Where Is the China-America Clash Leading?