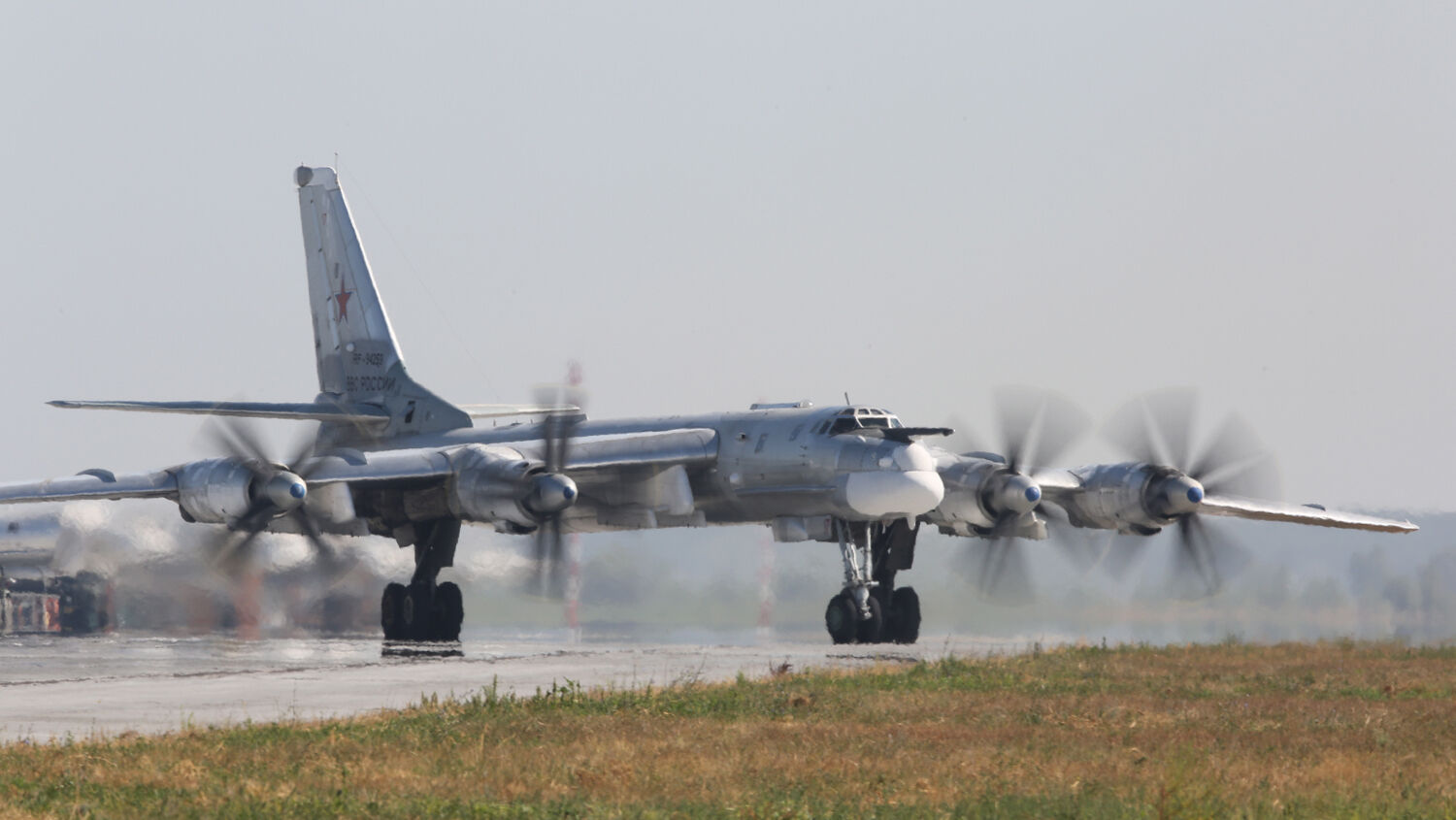 ‘Joint aerial patrols by strategic bombers used to be rare, but as they become more frequent in the future, the world will get used to it.’

Russia and China flew a provocative joint bomber patrol over the Sea of Japan and East China Sea on December 22 in the latest sign of a deepening military partnership between the two nations.

The Russian Defense Ministry issued a statement saying two of Russia’s Tu-95 strategic bombers and four Chinese H-6K bombers took part in the joint mission. The ministry said the move aimed to “develop and deepen the comprehensive Russia-China partnership, further increase the level of cooperation between the two militaries, expand their ability for joint action, and strengthen strategic stability.”

Russia said the patrol “wasn’t directed against any third countries” and only mentioned six bombers taking part. But South Korea reported that a total of 15 Russian and four Chinese aircraft were involved, and that all 19 entered its air defense identification zone. South Korea scrambled fighter jets in response and undertook tactical measures against the intruders. The Japanese Ministry of Defense also issued a statement saying Japan, too, scrambled jets to intercept the Russian and Chinese aircraft.

The Global Times reported: “As more joint patrols are set in the future, the scale of these patrols could increase, and more types of aircraft, including aerial tankers that could extend the range of other participating aircraft, [Chinese military aviation analyst Fu Qianshao] said. … Joint aerial patrols by strategic bombers used to be rare, but as they become more frequent in the future, the world will get used to it, Fu said.”

The world has already gotten used to other aspects of the deepening Russia-China military partnership. Since 2003, the two sides have held more than 30 joint military exercises, including the largest military exercises ever in history. In most all of these rehearsals for war, each military has been trusted with confidential, highly sensitive information and insight into the command and control, communications, computer, intelligence, surveillance and reconnaissance operations of the other.

This speaks to a truly rare level of mutual trust Moscow and Beijing are developing.

Also significant is the high volume of direct technology transfers occurring between the two, the coordination of nuclear forces, and China becoming the largest and most reliable customer for the Russian weapons industry. Further, Russia and China maintain long-term strategic dialogue at the highest levels of government, including a close personal relationship between Russian President Vladimir Putin and Chinese President Xi Jinping.

The December 22 bomber mission follows Putin’s declaration in October that Russia and China could form an official military alliance. “[O]ur relations have reached such a level of cooperation and trust that it is not necessary,” he said, “but it is certainly imaginable.” Putin added: “[W]e are not going to rule it out.”

Before that landmark statement, Russia and China had championed their “strategic partnership” but dismissed the possibility of establishing a formal military alliance.

Considering the rapid progress Russia and China have made since 2003 to boost all aspects of cooperation and the apparent eagerness of both sides to continue drawing nearer, developing a full military alliance would not be difficult to accomplish. In some ways, such an alliance would be the logical outcome of the trend.

The Trumpet has been monitoring and reporting on this watershed trend for decades because the Bible prophesies that a multinational Asian alliance will form in the end time.

Revelation 16:12 refers to this power as “the kings of the east.” Revelation 9:16 says it will field an army far larger than any mankind has ever before assembled—a force of 200 million soldiers. These prophecies, alongside passages in the books of Ezekiel, Daniel and Joel, make plain that this behemoth will play a major role in the third and final world war.

Russia and China are prophesied to join their forces and bring other Asian nations into the bloc under their leadership. With their increasing joint military drills, including last week’s bomber patrols, they are setting the stage for the fulfillment of these prophecies.

World events today date the Bible’s prophecies. Headlines we see each week provide a sobering indication of where we are in the overall time frame of end-time prophecies. A Russia-China axis is now on the scene, and you need to know where it is leading.

In 2014, just after China publicly backed Russia’s unlawful annexation of Ukrainian territory, Trumpet editor in chief Gerald Flurry said the support was “a stunning fulfillment of a biblical prophecy!” In our May-June 2014 issue, he wrote: “[W]e have been proclaiming for over 50 years that Russia, China and other Asian nations would ally themselves in the end time.”

He wrote: “[W]e are in that end time now. … When these Asian nations—extremely powerful nuclear-armed countries—begin to show solidarity with each other regarding moves like that, what does that portend for the world? I tell you it is woe to the world. It will cause many serious problems.”

To understand the Bible passages showing what the “woe” and “serious problems” will be, and the passages revealing the radiant silver lining behind them, order your free copy of Russia and China in Prophecy.