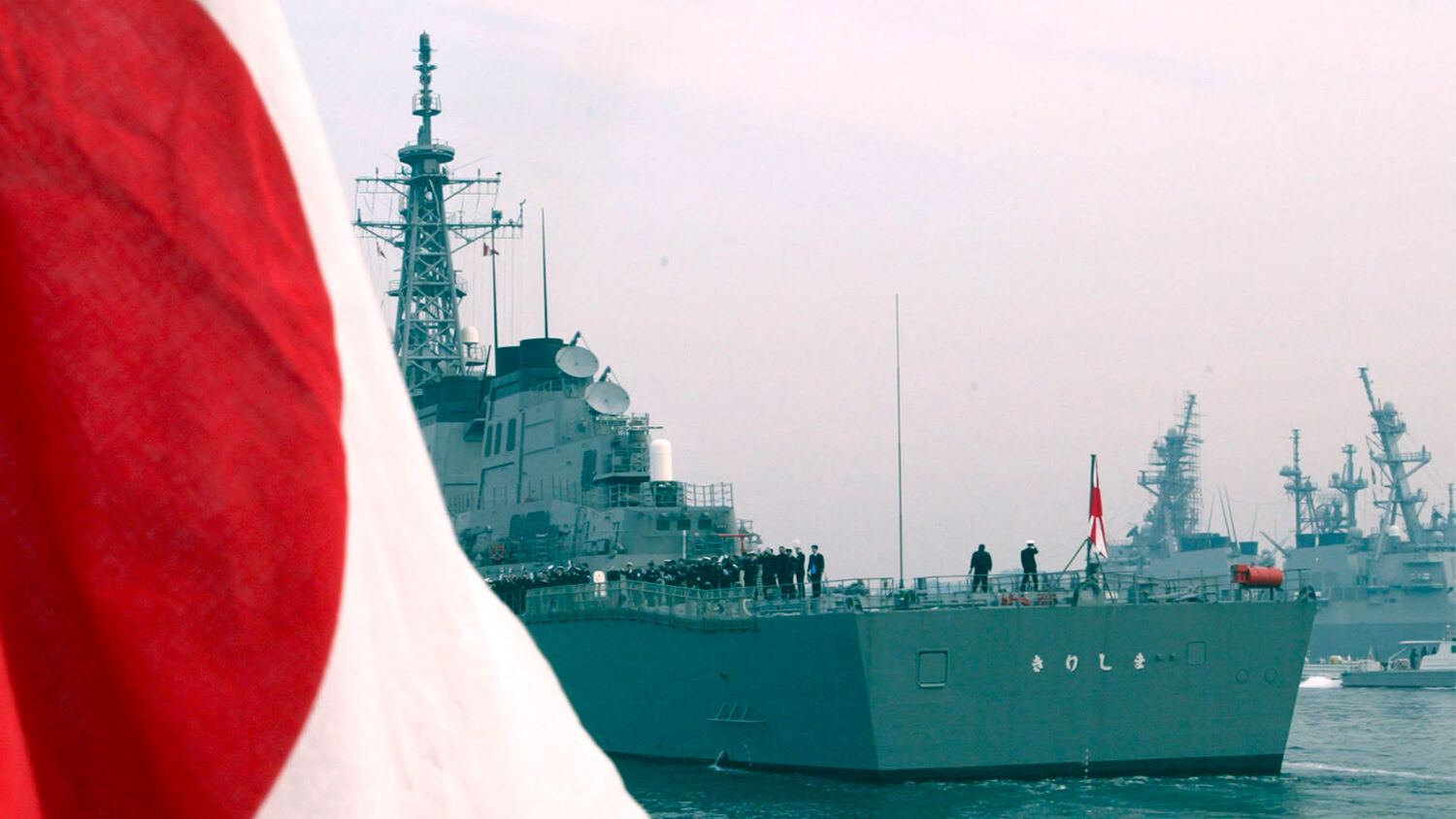 Tokyo is casting the veil off its return to militarism.

In a major step toward military normalization, Japan announced plans on December 9 to build Aegis-equipped superdestroyers and enhanced missile capabilities that could potentially strike enemy launch pads before missiles are fired.

Kishi said the country has decided to instead build two new advanced naval ships equipped with Aegis missile systems. With a sea-based launch, booster rockets would generally fall in the open sea. There is also an added bonus of being able to fire these missiles from a wide range of locations—from anywhere the destroyers can sail to. It equates to a greater range and a greater degree of precision for the weapons.

At a meeting of the ruling Liberal Democratic Party, Kishi also announced plans to extend the strike range of surface-to-ship standoff missiles. The move would ensure that the made-in-Japan weapons can be fired from locations outside the reach of enemy missiles.

The Defense Ministry aims to secure some $287.8 million worth of new funding for the next fiscal year in order to make good on the plans.

The real bombshell in these announcements is that Japan not only will be able to shoot down incoming enemy missiles, but also could preemptively strike enemy launch pads in anticipation of an attack.

This aspect of the deal drew fire from opposition party lawmakers. They say preemptive strike abilities run counter to Japan’s Constitution, which limits it to having exclusively defense-oriented armaments and policies.

Jun Azumi, the Diet affairs chief of the Constitutional Democratic Party of Japan, said: “It could deviate from the country’s postwar defense policy.”

This concern is entirely valid.

History is clear that when Japan is in “war mode,” it tends toward anomalous fanaticism. In recognition of this truth, following Japan’s World War ii defeat, the United States occupied it and included an article in its new Constitution that bans war as a means for Japan to resolve international disputes. Article 9 states: “Japanese people forever renounce war as a sovereign right of the nation and the threat or use of force as means of settling international disputes. … [L]and, sea and air forces, as well as other war potential, will never be maintained.”

Soon after, the two sides signed the Treaty of Mutual Cooperation and Security. This codified Japan’s dependence on the U.S. for its defense, stipulating that the U.S. would defend Japan by maintaining a presence of troops near potential conflict zones in the region.

For decades, Japan has been shifting away from that pacifism and toward military normalization—but mostly in an underhanded and discreet manner. If Tokyo follows through on these plans to acquire the weaponry and the policy changes to make preemptive missile strikes, it would represent a major and overt step in that direction.

Also unsettling is that when it comes to preemptively striking enemy missile launchers, conventional weapons generally pack a limited punch. Defense Connect’s Stephen Kuper argues that this means that if Japan moves ahead with the new plans, it would likely soon determine that its missiles should be tipped with nuclear warheads. In light of Japan’s wartime history, this possibility is truly worrying.

Japan’s drift away from pacifism and toward militarism is crucial to watch because it is creating conditions in which specific Bible prophecies can be fulfilled. Scripture shows that in the quickly approaching final world war, one of the major players will be a large Asian power bloc. Ezekiel 38:1-2 show that this bloc will be led by Russia. Verse 6 includes ancient names for the peoples who make up modern-day Japan. Japan’s return to militarism today is setting the stage for that prophesied Asian bloc to coalesce into a formidable military power.

To understand more about this Asian power bloc and what its role will be in World War iii, read our Trends article “Why the Trumpet Watches Japan’s March Toward Militarism.”