What happens when one man attains absolute power over hundreds of millions? 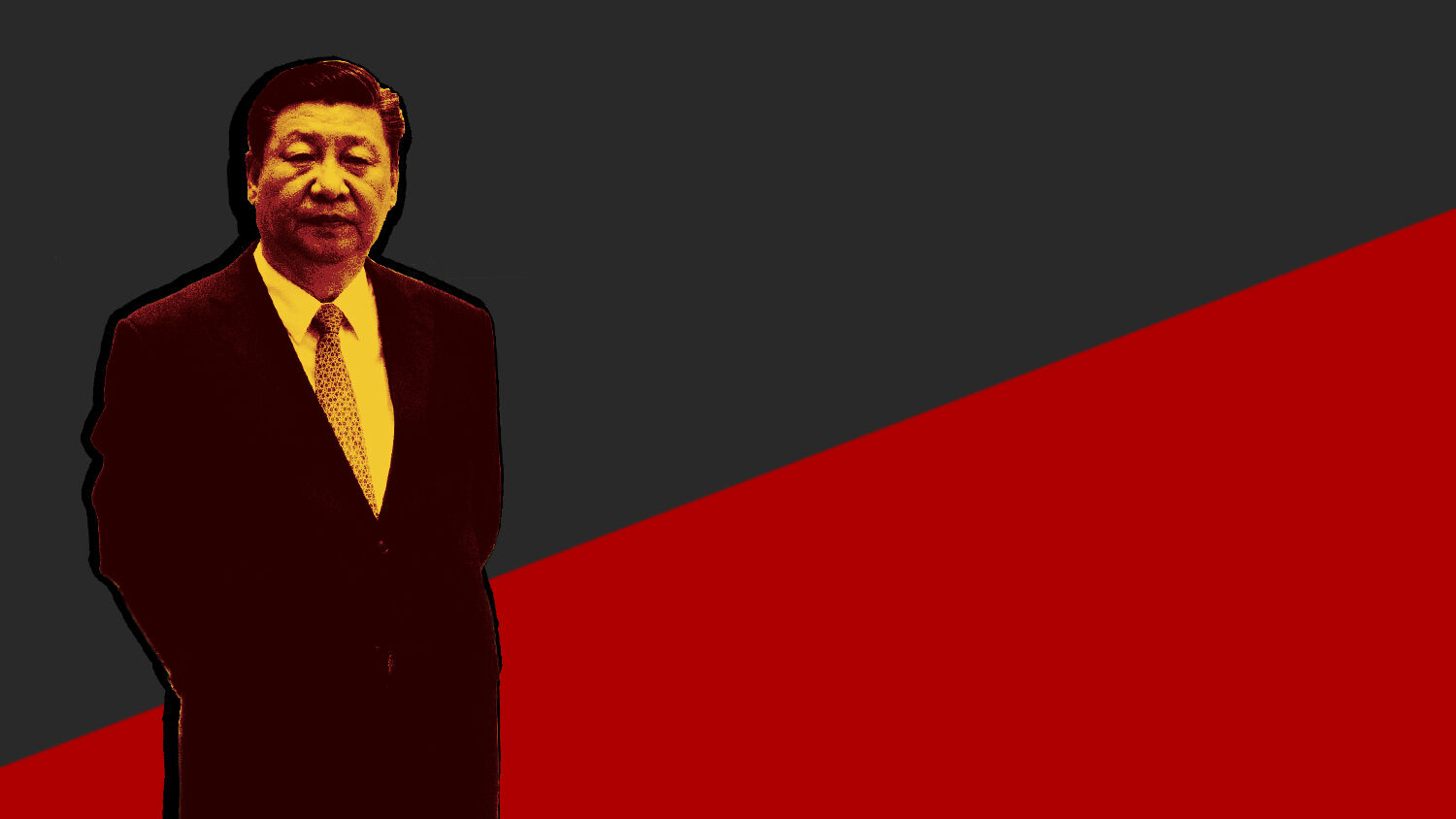 What happens when one man attains absolute power over hundreds of millions?

“I begged them to kill me,” said Mihrigul Tursun. “Each time I was electrocuted, my whole body would shake violently, and I could feel the pain in my veins.”

Tursun was describing the torture she suffered while being held for months with 60 other women in an internment camp. Their cell was small and suffocating. They slept in turns, with most standing to make floor space for the few whose turn it was to lie down. They were routinely beaten, electrocuted, and forced to take unknown medications, including capsules that caused them to blackout and a liquid that caused bleeding in some and cessation of menstruation in others. During Tursun’s final three months, nine women from her cell died. All the while, in an Orwellian twist, the women were made to sing songs praising their captors.

And here is an important detail: Tursun’s nightmare did not happen decades ago in some long-shuttered concentration camp. It happened in an internment network run by her own national government, and it is still operating right now.

Mihrigul Tursun is an ethnic Uyghur from Xinjiang. This region, south of Kazakhstan and Mongolia, was long contested by the Mongols, the Chinese and several Turkic groups until the Qing Dynasty brought it under China’s control in the 18th century. Ever since, Xinjiang has been an intermittent flash point for tensions between the Uyghurs, who are mostly Turkic-speaking Muslims, and the Han Chinese, Mandarin-speaking atheists who comprise more than 90 percent of China’s total population.

The anxieties intensified throughout the 1990s: The Kazakhs, Kyrgyzians and other Turkic-speaking, Muslim, Communist neighbors seceded from the Soviet Union and formed independent nations bearing their names. Many Uyghurs sought to make Xinjiang a sovereign nation as well: Uyghuristan. But Chinese leaders were bent on keeping Xinjiang locked into what they call “the great family of Chinese national territory.”

Then a new man was appointed leader of China. He would tighten the Communist Party’s grip to a choke hold.

‘Nets Above and Snares Below’

When Xi Jinping became general secretary of the Communist Party in late 2012, he was a relatively obscure personality in Chinese politics. Most experts believed he would lead the nation in the tradition of his most recent predecessors, maintaining the status quo.

But Xi began almost immediately to confound those forecasts.

Rather than keeping the “first among equals” brand of leadership followed by his recent predecessors, he embraced a strongman approach. He bypassed State Council authorities by creating policymaking party groups, many of which he personally chairs. He took direct control of writing policy on everything from China’s economy and international relations to its Internet regulations. Xi waged an anti-corruption campaign resulting in the arrest or imprisonment of a breathtaking 1.4 million Communist Party members. He disappeared dissidents and hundreds of human rights lawyers in waves of arrests. He also implemented profound military reforms that made him the unchallenged head of China’s vast army.

“[H]e not only controls the military,” Shanghai-based military expert Ni Lexiong told the Associated Press, “but also does it in an absolute manner. [H]e is ready to command personally.”

In April 2014, just weeks after knife-wielding Uyghur terrorists killed 31 people and injured 141, Xi made an official visit to Xinjiang. Hours after his departure, a Uyghur bomb tore through an Ürümqi train station, killing three and injuring 79.

Xi seemed to take the attacks as a direct challenge to his authority and to China’s overall stability. “Build steel walls and iron fortresses,” he said later that year while announcing a “People’s War on Terrorism.” He told party leaders in Xinjiang: “Set up nets above and snares below. Cracking down severely on violent terrorist activities must be the focus of our current struggle.”

Xi’s government lost no time making his vision a reality. And the campaign quickly began to extend far beyond a crackdown just on “violent terrorist activities.”

By May 2015, when Mihrigul Tursun was first detained, Xinjiang was being transformed into a state of inescapable surveillance and “predictive policing.” There were ubiquitous cameras, thousands of police checkpoints, and hundreds of what the Chinese government euphemistically calls “reeducation” or “vocational training” schools. It was in these facilities that Tursun was tortured for months on end.

She was detained upon returning to China from Egypt, where her husband lived. Since the Chinese Communist Party views Egypt as a potential radicalization zone, party officials snatched her and abused her until they were convinced that she posed no threat to societal stability. Vast numbers of other Xinjiang residents have suffered similarly for far less.

Various sources put the total number of Uyghurs and other Xinjiang Muslims detained in the camps in 2019 between 1.1 million and 3 million. This is of a total population of just 10 million Uyghurs, which grows to 12 million when the count includes non-Uyghur Muslims, some of whom have also been detained.

Xi’s government says the purpose of holding these individuals is to educate religious extremism out of their thinking and to teach them Mandarin and job skills. But evidence from survivors such as Tursun and from two caches of highly classified Communist Party documents reveal the true goal: Xi Jinping is using his dictatorial powers to perpetrate cultural genocide.

‘The Organs of Dictatorship’

Before Xi, the Communist Party portrayed China as a multiethnic society that believed in cultural pluralism. In this spirit, it permitted various minority populations certain government-sanctioned expressions of distinction. But Xi has changed that. He has shown himself determined to “Sinicize” Xinjiang and to subdue and assimilate Uyghurs into a monolithic Han culture.

“The organs of dictatorship” must be used to subdue the region, Xi told Communist Party leaders during a 2014 speech that was transcribed among the documents leaked in 2019. “Show absolutely no mercy,” he said. “The weapons of the people’s democratic dictatorship must be wielded without any hesitation or wavering.”

Inside Xinjiang’s camps and prisons, Chinese agents are implementing these orders. They are forcing detainees to consume alcohol and pork and forbidding them to pray or speak their language. They are subjecting those who resist to torture, sexual abuse, forced abortions, sterilization and transplanting their organs against their will. The organs of dictatorship.

Outside of the camps, Xinjiang has been transformed into the world’s most technologically advanced and obtrusive police state. Arabic script and Islamic imagery is being eradicated from businesses and homes, often replaced by pictures of Xi and Communist China’s founder, Mao Zedong. Mosques and Muslim graveyards are being systematically destroyed.

The Communist Party is not only detaining Uyghurs, but they are often replacing them, in their own households and in their own beds next to their wives with Han Chinese men. The party is literally breeding Uyghur genes out of Xinjiang: genocide by father replacement.

This and more was confirmed to the world when the party’s internal documents were leaked. Yet the leak and the international condemnation that followed does not seem to have shaken Xi. He has claimed that the personal testimonies and leaked papers are “fabrication and fake news.” The Global Times, which his party controls, recently praised Xi’s “training centers” in Xinjiang for their success in turning potential extremists into “normal people.”

While he used the “organs of dictatorship” to commit cultural genocide, including cutting organs out of unwilling victims, Xi was also successful in early 2018 in removing the constitutional term limits on his rule. His organs of dictatorship can now continue for the rest of his life.

It is clear that this self-justifying and unfathomably powerful Chinese dictator will keep on asserting his will upon the Uyghurs and all of China’s 1.4 billion people. And this will result in profound suffering for millions far beyond “the great family of Chinese national territory.”

The Ends Justify the Means

In the modern age, Xi’s immense and almost entirely unchecked powers seem somewhat anomalous. But history is filled with dictators like him. Such men have almost always produced broad-scale abuses of human beings like those now underway in Xinjiang.

Give government enough power, and this is what happens.

Qin Shi Huang, Ghengis Khan, Vlad the Impaler, Ivan the Terrible, King Leopold ii and Adolf Hitler: All used the organs of dictatorship to gruesome effect. Xi’s fellow champions of communism are notorious for it: Mongolia’s Khorloogiin Choibalsan killed tens of thousands of his people; Cambodia’s Pol Pot killed almost 2 million of his own people. But they were merely bullies on a playground compared to the Soviet Union’s Joseph Stalin, who slaughtered 20 million to 60 million. Then there was Mao Zedong, Xi’s recent predecessor, under whose despotic reign 65 to 75 million Chinese people were starved, tortured, bullied to suicide or executed as traitors. “Every Communist must grasp this truth,” Mao said. “Political power grows out of the barrel of a gun.”

Over and over again, when a human government is given great amounts of unchecked power, genocide, politicide, democide, repression and egregious human rights violations are inevitable. This is often because the leaders feel violence is justified to build a better world, and they succeed in selling their vision to supporters. In many cases, it is a matter of leftist, utopianist tyrants who believe the ends justify the means. My vision is noble, and my ideals are virtuous. I must use absolute force to quash dissent so my ideals can become reality. I must wield my power pitilessly today to create a beautiful world for tomorrow.

When an authoritarian is driven by such thinking, the throat of liberty is slit. Human rights are blindfolded and shot in the street. And rule of law is publicly guillotined. These are all necessary casualties in the pursuit of the larger goal. They are the blood sacrifices that must be offered up to the “greater good.”

Bible prophecy reveals that Xinjiang is just the beginning—such authoritarian governments and policies will soon dominate the world.

Russia and China in Prophecy
America’s status as the world’s lone superpower is rapidly fading. Other nations and groups of nations are angling to fill the void. Rising in the East is an emerging power bloc of tremendous potential—in manpower, economic heft and military might. Its growing presence is intensifying global competition for resources and for geopolitical influence. Where will this trend lead? You can know! Biblical prophecy provides a remarkable, penetrating preview of Asia’s future!
From The February 2020 Philadelphia Trumpet
View Issue FREE Subscription
Next
Previous