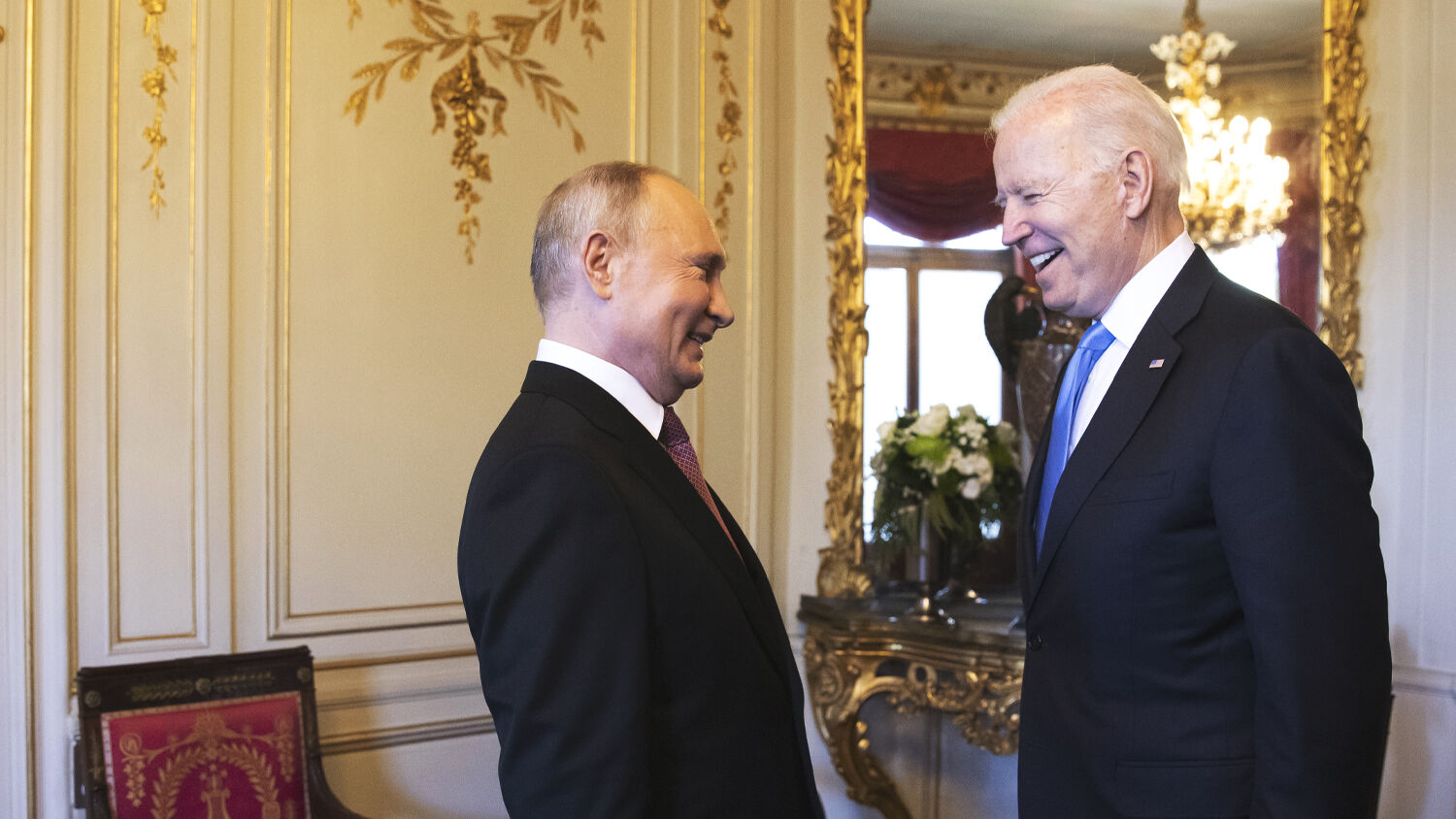 What you didn’t hear at the Geneva Summit is more important than what you did.

United States President Joe Biden held a summit with Russian President Vladimir Putin in Geneva, Switzerland, on June 16. This is the first time the leaders have met since Biden’s inauguration. The summit was held in the context of worsening Russo-American foreign relations.

Leading up to the summit, relations between the U.S. and Russia were increasingly frosty. Washington placed economic sanctions on Moscow after opposition politician Alexei Navalny was imprisoned. Russian tanks on the Ukrainian border worried some that Putin was planning an invasion. After several devastating cyberattacks on American critical infrastructure, Russia is accused of harboring cyberterrorists.

Many hoped that the Geneva Summit would be the chance Biden needed to stand up to Putin. Ahead of the summit, Time magazine released the cover of its latest issue, showing Biden ready to take on Putin, whose face is reflected in Biden’s sunglasses. Many claimed Biden’s decades of political experience groomed him for this moment. When asked how long Biden had been preparing for the summit, White House Press Secretary Jen Psaki said, “He’s been preparing for 50 years.”

Now that the dust has settled and the summit is over, what is the verdict?

The summit itself was private. Only Mr. Putin, Mr. Biden and a handful of others know exactly what was said.

The atmosphere of the press conferences themselves certainly contrasted the two leaders. Putin held his conference with Russian, American and British reporters, many of whom hounded him with hardball, accusatory questions. Biden, meanwhile, only called on preselected journalists from a list he didn’t even make. “I’ll take your questions,” he said about 10 minutes into his speech. “And as usual folks, they gave me a list of the people I’m going to call on.” He didn’t elaborate who “they” were.

What did they discuss?

According to Biden’s press conference, he pressed Putin on the issue of cybersecurity. “I talked about the proposition that certain critical infrastructure should be off-limits to attack, period, by cyber or any other means,” he said. “I gave them a list … 16 specific entities, 16 defined as critical infrastructure under U.S. policy from the energy sector to our water systems.”

Moscow is not a friend of Washington. The Russian government is already implicated in the 2020 SolarWinds hack. Giving Putin a list of 16 areas to “hit where it hurts,” accompanied with little more than some finger-wagging, isn’t going to discourage him. If anything, Moscow knows where to aim now.

They also discussed the imprisonment of Alexei Navalny. When asked what would happen if Navalny died, Biden said he “made it clear to [Putin] that I believe the consequences of that would be devastating for Russia.”

Biden also said they discussed the possibility of a new cold war and Middle Eastern politics.

Putin, meanwhile, said topics of discussion included the re-exchange of ambassadors, the Ukraine crisis, territorial claims in the Arctic, and other topics.

These are all, of course, important topics of geopolitical significance. But analyzing the press conferences gives a good idea what wasn’t discussed—or, at least, discussed significantly. And this is arguably more important than what was discussed.

For example, right before the summit in Geneva, the Russian Navy carried out its largest exercise in the Pacific Ocean since the Cold War. But it was nowhere near Russia’s Pacific coast. The exercise was roughly 400 miles west of Hawaii. It didn’t just feature the usual repertoire of warships; anti-submarine aircraft, long-range bombers and jet fighters also took part. The U.S. Air Force sent three F-22 fighters from Honolulu to counter Russian planes approaching U.S. air space. Part of the exercise included the simulated destruction of an aircraft carrier group.

Such saber-rattling right before a summit is a deliberate provocation. If anything, it shows Putin isn’t interested in calming tensions. Yet Biden apparently made no mention of it to Putin at Geneva. None of the reporters even questioned Biden about it.

Then there is Roman Protasevich, a prominent journalist at nexta, an organization fighting for regime change in Belarus. Led by the ironfisted Alexander Lukashenko, Belarus is a puppet of Russia; Lukashenko’s regime wouldn’t have lasted this long without Putin’s lifeline. Protasevich was on a flight over Belarussian air space from Athens to Vilnius when a fighter jet forced the plane to land in Belarus. Belarussian authorities subsequently arrested Protasevich. He has since appeared on Belarussian state tv with signs of having been tortured. He recanted his previous opposition to the government on camera.

Biden said Putin “shared our concern about Belarus” in his press conference. That’s all he mentioned. Putin didn’t even mention Belarus in his conference. Apparently, freeing Protasevich wasn’t high on Biden’s priority list.

Perhaps the biggest elephant in the room was the Nord Stream 2 pipeline. This natural gas pipeline runs under the Baltic Sea from Russia to Germany. Fossil fuels are one of Russia’s major exports, and most of its pipelines run through Ukraine and Poland. Russia is involved in a war in Ukraine and is suspected to have set its sights on Poland. But Putin can’t do anything major there without smashing his own economy. Now that a major pipeline bypasses both countries, Putin has more leverage over them.

Construction on Nord Stream 2 was halted when U.S. President Donald Trump put sanctions on it last year. But Biden removed many of those sanctions in May to appease Germany. Nord Stream 2 became operational this month.

As far as Biden and Putin have revealed, nothing was mentioned at the summit about the Nord Stream 2 pipeline, even though it threatens the security of nato’s eastern flank and threatens a major war in Eastern Europe.

The Geneva Summit is part of a series of failed foreign-policy actions by the Biden administration, including lifting Iranian sanctions without a nuclear deal, the embarrassing Anchorage summit with China, and undermining the Abraham Accords between Israel and the United Arab Emirates.

Many saw the transition from Trump to Biden as one where America returned to the world stage. Trump’s America was seen as weak; Biden was the man to fix it. But after Biden’s first six months in the White House, it’s clear that is not happening.

“The nation’s foreign policy is utterly transformed,” writes Trumpet editor in chief Gerald Flurry in his free booklet Great Again. “We have seen apologies, concessions and surrenders made to dictators and despots, while longtime alliances, like those with the United Kingdom and the Jewish state of Israel, have been cast aside. Nations that have relied on America for leadership, strength, security, protection and largesse face a new reality and are having to forge alternate relationships, even if they undermine America.

Find out what that cause is by ordering a free copy of Great Again.