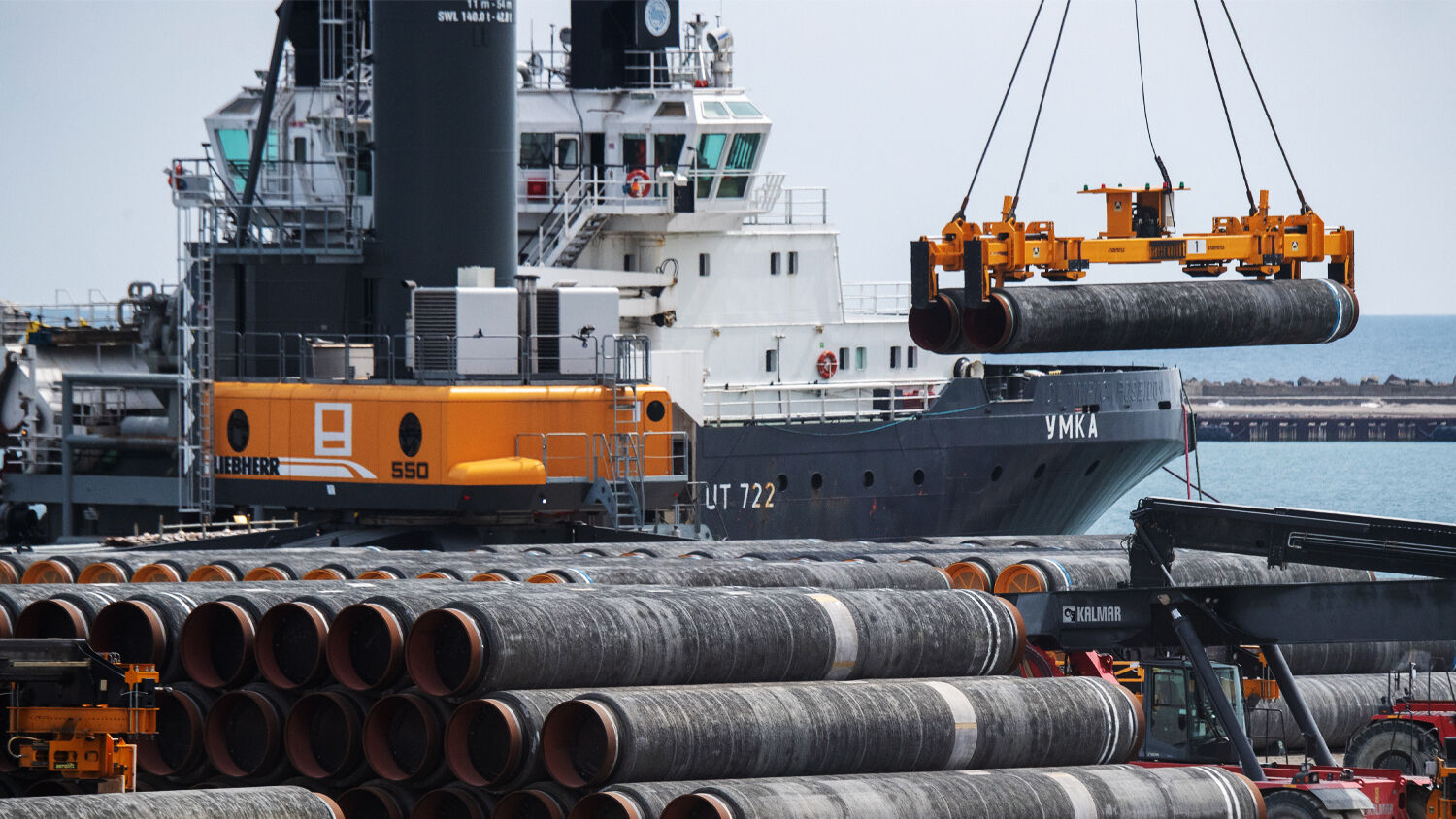 Will Russian gas warm ties between Berlin and Moscow, and leave Washington out in the cold?

Russian President Vladimir Putin announced on June 4 that the first line of the Nord Stream 2 pipeline is complete. Once Berlin gives the go-ahead, the pipeline can start pumping gas within 10 days’ time. The second line has roughly 34 miles left to be completed, which the Russian government estimates will take about two months.

Most of Russia’s oil and gas pipelines travel through Eastern Europe to reach the west. But Russia has already exported energy directly to Germany, the European Union’s largest economy, since the original Nord Stream pipeline became operational about 10 years ago. Once Nord Stream 2 is fully up and running, it will be able to transport 55 billion cubic meters of gas annually.

From Germany, Berlin would export the gas to the rest of Western Europe. Nord Stream 2 has the potential to make Germany the energy hub of half of Europe.

Nord Stream 2 is so controversial because of the fact that it bypasses Eastern Europe. Many of Russia’s major pipelines pass through countries like Ukraine and Poland to get to the west. Starting with Crimea in 2014, Russia has seized Ukrainian territory bit-by-bit. Kiev is worried that Russia plans on conquering the whole country. Putin hasn’t so far annexed Polish territory. But many Poles are still terrified of a Russian invasion.

Russia’s energy exports have so far discouraged Putin from making moves too bold on Kiev and Warsaw. Fossil fuels make up over 42 percent of Russia’s exports. Doing anything that would shut the pipelines down would hit Russia’s economy where it hurts. Ukraine and Poland also get billions of dollars-worth of transit fees from Moscow.

With Nord Stream 2 now operational, Russia could turn off Eastern Europe’s taps without as many repercussions.

Poland is a North Atlantic Treaty Organization (nato) ally of the United States. Washington is (on paper) obliged to protect Ukraine as per the Budapest Memorandum. Because of its security obligations, America under Donald Trump’s administration put in sanctions on entities constructing the pipeline.

U.S. President Joe Biden initially expressed opposition to the pipeline. At his U.S. Senate confirmation hearing, U.S. Secretary of State Antony Blinken said that he was “determined to do whatever we can to prevent that completion [of Nord Stream 2].”

And so, Nord Stream 2 is due to start pumping gas this month.

Ukraine is taking this seriously. In an interview with Axios on June 4, Ukrainian President Volodymyr Zelensky said he would hold a meeting with Biden “at any moment and at any spot on the planet” to get him to stop Nord Stream 2 from happening. “This is a weapon, a real weapon … in the hands of the Russian Federation,” he said. “It is not very understandable … that the bullet to this weapon can possibly be provided by such a great country as the United States.”

Zelensky’s fears are not irrational. Putin recently said that Ukraine’s status as a transit country is now in question. The pipeline currently traveling through Ukraine will only be operational now, according to Putin, if Kiev shows Russia some “goodwill.” In the next few months, the situation for Ukraine could change dramatically.

And there may be more incentive for Germany to support the project.

The default currency for international trade is the U.S. dollar. But Putin wants to challenge that. In his June 4 announcement, Putin said, “The euro is completely acceptable for us in terms of gas payments. This can be done, of course, and probably should be done.” Bypassing the dollar completely would help Russia evade U.S. economic sanctions. Putin previously accused Washington of using the dollar for “economic and political war.”

Germany is the EU’s largest economy by far. The European Central Bank (ecb) is located in Frankfurt. Including Germany, five of the world’s 20 largest economies use the ecb. Vatican City, headquarters of the world’s largest religion, uses the euro. The euro is already a major international currency. But it’s not on the dollar’s level.

What Putin is offering Berlin is a chance to lay the precedent for the euro to become an international currency on the level of the dollar. A lot of countries would like to abandon the dollar as the default currency of international trade. Nord Stream 2 could help the euro look like a more attractive alternative. And Germany would be the country most to benefit from that.

If Russia were to abandon the dollar in international transactions, it would, according to Putin, “be a serious blow to the currency.”

Putin doesn’t want his greatest geopolitical enemy’s currency to be hit with a “serious blow.” That’s about as believable as when Belarus, Russia’s satellite state, said they were after Palestinian terrorists when they grounded a plane and kidnapped a dissident journalist last month.

But does Germany want to do that?

nato’s first secretary general, Hastings Ismay, said the organization’s purpose was “to keep the Russians out, the Americans in, and the Germans down.” The Nord Stream 2 pipeline undermines all three of these goals. It keeps the Russians in Europe. It helps kick America out of international trade.

And it brings Germany up.

“Why would these nations want to do that? Well, it is easy to see why Russia would … What is not as obvious is the fact that Germany also wants to eliminate nato.”

Please read “Germany and Russia’s Secret War Against America” to learn why. Also request Mr. Flurry’s free booklet The Prophesied ‘Prince of Russia’, to learn more about what Vladimir Putin’s rule in Russia means for the world.