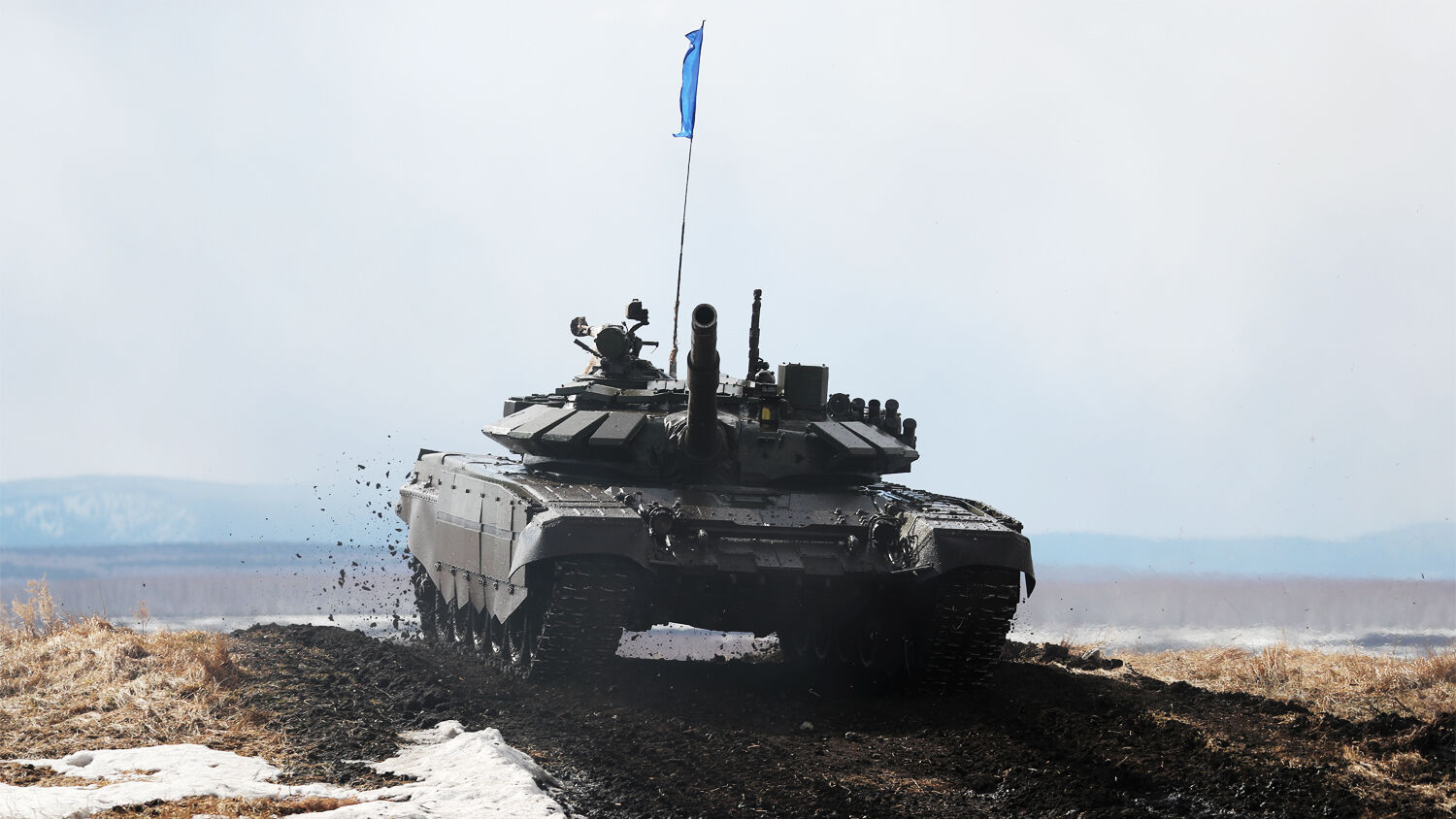 ‘Russia’s ultimate dream is to unify Russia and Ukraine, a dream it is willing to achieve either with hard diplomacy or military means.’

Ukraine is on high alert as “escalations of Russian aggression” signal an imminent conflict in Eastern Europe, according to an April 3 report. For over a week, Russia has been assembling a large-scale military force along its border with Ukraine. And although it refuses to verify the reports, all indications show Russia is packing some serious firepower.

Russia’s military is active in Crimea as well. It has been expanding its military presence there ever since annexing it in 2014. According to Ukraine’s commander in chief, Ruslan Komchak, Russia has about 32,700 military personnel in Crimea today, as well as air, ground and naval assets. Last month, 4,000 Russian troops participated in military drills in Crimea. But after the conclusion of the drills on March 23, the troops didn’t leave the peninsula.

This expanded presence in Crimea, coupled with the increasing military presence at locations near the border, is sounding alarm bells in Ukraine.

Russia also maintains a military presence in the Donetsk and Luhansk regions. Ever since seizing swathes of the regions in 2014, Russia-backed rebels, The Donetsk People’s Republic, have been fighting the Ukrainian government. Many analysts believe that several thousand of the rebels are actually Russian soldiers.

In 2015, a ceasefire agreement between Ukraine’s government and the rebels was negotiated. It has been occasionally violated over the years, but has maintained a semblance of hope for progress.

But after the ceasefire expired on April 1, Russia refused to negotiate a new one. It has been amassing forces at the Ukrainian border instead.

The last time Russia mobilized its military forces against Ukraine, it seized Crimea. For the last seven years, Russian President Vladimir Putin has appeared content with the stalemate that existed in Ukraine. But early in his tenure, he called the collapse of the Soviet Union the “greatest geopolitical catastrophe of the [20th] century.”

His actions ever since indicate that any stalemate with former Soviet nations would only be temporary.

In 2008 he seized a fifth of Georgia’s territory. Trumpet editor in chief Gerald Flurry said this signaled that the world was entering a “dangerous new era.”

“This was the first military strike of a rising Asian superpower,” he wrote, “and there will be more.” He then speculated on which former Soviet nation would be next: “Will a crisis occur over Ukraine? That area is the breadbasket of Russia, and surely it is willing to wage war over that as well.”

Sure enough, in 2014 Putin annexed Ukraine’s Crimea and plunged eastern parts of the nation into a frozen conflict.

Last week’s events show that Putin might believe it is now time to turn up the heat on that region. Cyril Widdershoven, an expert in global energy markets, wrote on April 1 that “Russia’s ultimate dream is to unify Russia and Ukraine, a dream it is willing to achieve either with hard diplomacy or military means.”

[Putin] is totally undeterred in his quest to destabilize Ukraine. He is single-handedly preventing that former Soviet republic from aligning itself with Europe. This year he redrew the map of Europe by making Crimea—what was a semi-autonomous part of Ukraine—officially part of Russia. He is steadily rebuilding the Soviet empire. …

If you study Moscow’s foreign policy under Putin’s leadership, it is plain that the ultimate goal is to eventually conquer the whole world.

How was Mr. Flurry able to predict Russia’s assertive trajectory so long ago? He relied on Bible prophecy.

The Apostle John was inspired to prophesy of a massive army, the largest in human history, with 200 million soldiers (Revelation 9:16). He later named this army “the kings of the east” (Revelation 16:12). Other scriptures give us important details about its influential leader.

Ezekiel 38:2 mentions a “prince of Rosh, Meshech, and Tubal” (New King James Version). Meshech and Tubal are ancient names designating the modern Russian cities of Moscow and Tobolsk. And Rosh is an ancient name for Russia. In the September 2014 Trumpet, Mr. Flurry identified who this powerful Russian “prince” is:

According to German newspaper Bild, Belarussian forces are involved in the Russian deployment to Ukraine’s border. Large amounts of Belarussian military hardware, armored vehicles and military trucks were reportedly among the Russian forces moving to the region. Having drawn nearer to Russia’s orbit in recent months, Belarus looks to be joining in to help reverse part of that “greatest catastrophe.”

Ukraine isn’t sitting idly by waiting for it to happen. It announced plans on April 3 to hold military drills with nato in the face of Russia’s threats. It might be weeks or months before Russia makes a move on Ukraine. Or it is possible that the current buildup will be drawn down without a major conflict. But with the strong-willed and prophesied “prince of Rosh” at the helm, it is only a matter of time before Bible prophecies are completely fulfilled.

To fully understand these prophecies, please request your free copy of Gerald Flurry’s The Prophesied ‘Prince of Russia.’