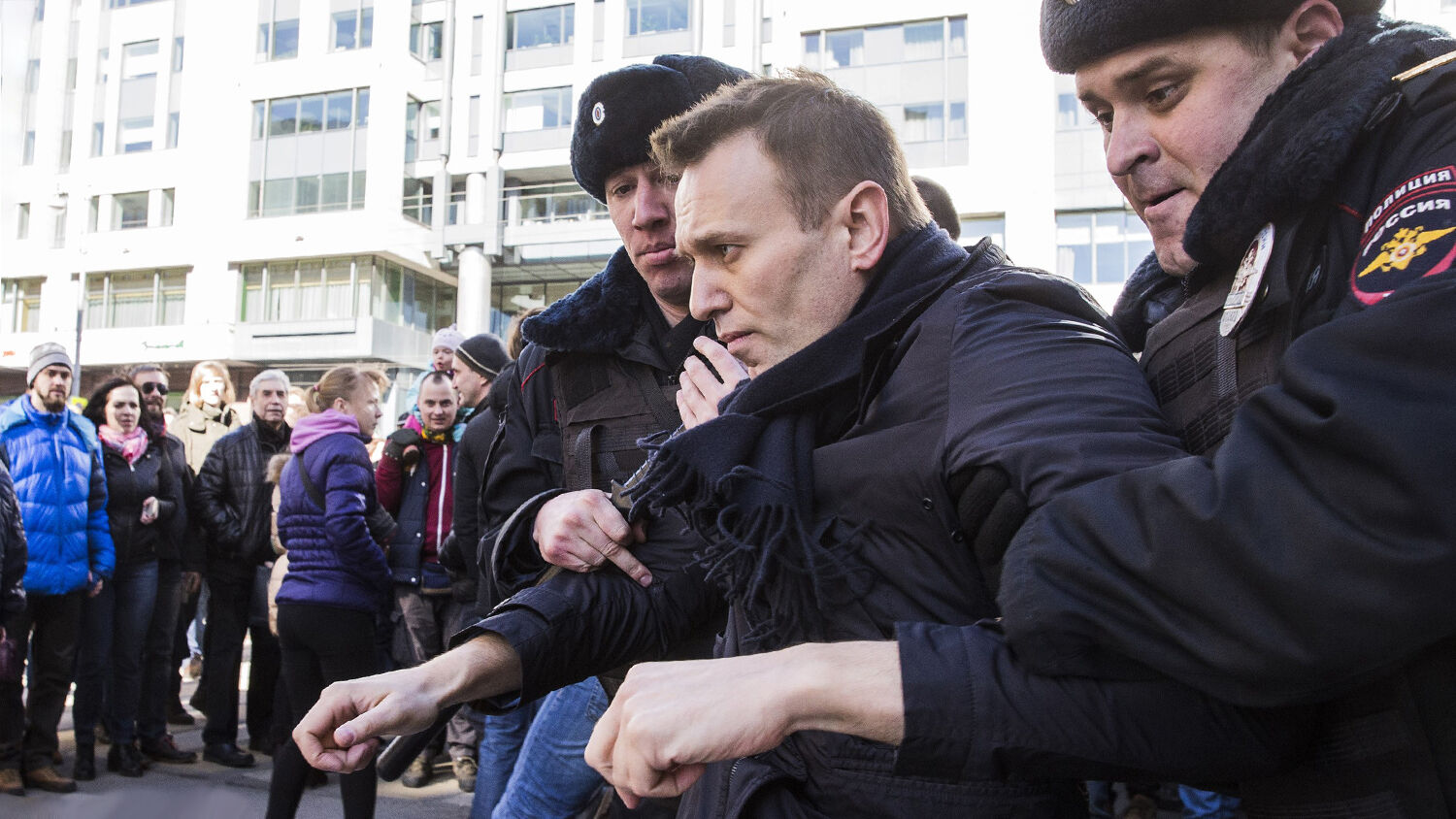 Prosecutors justified the sentence on grounds that after Navalny was convicted of extortion in 2014, his sentence was suspended with a requirement that he attend regular probation appointments. And during the last half of 2020, he failed to make these appointments. So he now must complete the original 3½-year sentence, minus 10 months he had already served under house arrest.

This explanation may sound reasonable, but there are two grave injustices at play. First, the European Court of Human Rights studied the 2014 case and ruled that the charges against Navalny were politically motivated: He was not convicted because he extorted anyone, but because he had criticized Putin’s government and organized protests against it.

Second, Navalny only failed to make his probation appointments because he was gravely ill after having been poisoned by a weapons-grade nerve agent, a toxin that only officials in the upper rungs of Russian government would have had access to. The poisoning was nearly fatal, but German officials convinced the Kremlin to let Navalny be transferred to Berlin for treatment. After months of specialized care in Germany, Navalny recovered, but during his convalescence he was obviously unable to attend probation appointments in Russia.

The tragic fact is that Navalny was sentenced to years of forced labor by Putin’s regime because he had been poisoned by Putin’s regime. And he will now be sent into a notoriously abusive and inhumane penal colony system.

The move is also tragic in a broader sense because it confirms that the people of Russia are living in a dictatorship. “Putin has absolute power at the moment,” a Moscow-based analyst told the Trumpet on the condition of anonymity. His position is now so strong “there’s nowhere to strengthen it anymore.”

Many Russians have been protesting Putin’s actions against Navalny in recent weeks, marking the largest nationwide demonstrations in nearly a decade. But the analyst said Putin’s immense power means the protests do not legitimately threaten him.

The threat to Putin is further mitigated, he said, by the fact that most Russians are inured to living in a dictatorship. “We’ve never had a true democracy,” he said. “It was always either a knez, a czar, or an emperor. And then the monarchy was overthrown by the Communists who achieved the next level in creating a darker and grim version of Russia than anyone before them.”

This means that for “an endless row of generations, our people have been living under authoritarian rule.”

After the collapse of the Soviet Union in 1991, Russia flirted for the rest of the decade with Western-style democracy. But lawlessness and corruption rendered those years some of the least stable in the country’s history.

And then came Putin.

So with the exception of some younger Russians who make up the majority of the protesters, “people simply don’t imagine another way,” he said. Many are actually “passionate about defending an authoritarian system” because they view it as “greater good for the nation.”

“They would say, ‘Russian people need a stronger hand to rule them; they are not ready for true Democracy.’ It’s a mentality that can’t imagine anything close to democracy being common in our region,” he said.

The polls agree with this assessment, showing that even after two decades of increasingly authoritarian rule, two thirds of Russians still approve of Putin. In light of all this, the analyst said: “I don’t think that Putin will be overthrown by the people. He will most likely die from natural causes or become old and weak, so that he would outsource his work to some puppet while maintaining some sort of a ‘Leader of Nation’ title with all the immunity and privileges … like they have in Iran with Ayatollah Khamenei approving the presidents while being a leader for life.”

The Trumpet’s January 2018 issue was a special edition highlighting the world’s return to an age of authoritarian rulers. Executive editor Stephen Flurry wrote the lead article, discussing not just Putin but also strongmen in China, Turkey, Hungary and several other nations. He stated: “This is the 21st century! We thought we were too ‘modern’ for this! Yet here it is: a new age of strongmen. And … many of these strongmen are beginning to wield their power.”

Mr. Flurry said that as surprising as this global return to authoritarianism may have been for many onlookers, it should not have taken us off guard. “This global trend is actually prophesied in your Bible,” he wrote. “Thousands of years ago, the Bible foretold of our day, when the world would revert to a much darker, more barbaric time of authoritarian rule that leads to war!”

He highlighted several prophecies about the modern age that mention “kings” who will lead various geopolitical blocs. These passages are mainly in the books of Daniel and Revelation. And Mr. Flurry explained that Vladimir Putin will be one of these “kings.” He will actually become the primary king over the prophesied eastern military alliance.

When we see Putin marching in a more dictatorial direction and sidelining opponents like Alexei Navalny in order to tighten his grip, that is perfectly in line with these passages. And we should expect Putin and other rulers to keep growing more dictatorial, and for that trend to culminate in a seismic global clash. Mr. Flurry wrote: “This makes the case—as powerfully as it can be made—that we don’t know how to rule ourselves.”

To understand why neither authoritarianism nor democracy can bring about real abundant living, and what the only solution to man’s government problem is, read our special issue.

This makes the case that we need a strong leader. But not another strong man. We need the leadership of a strong God!