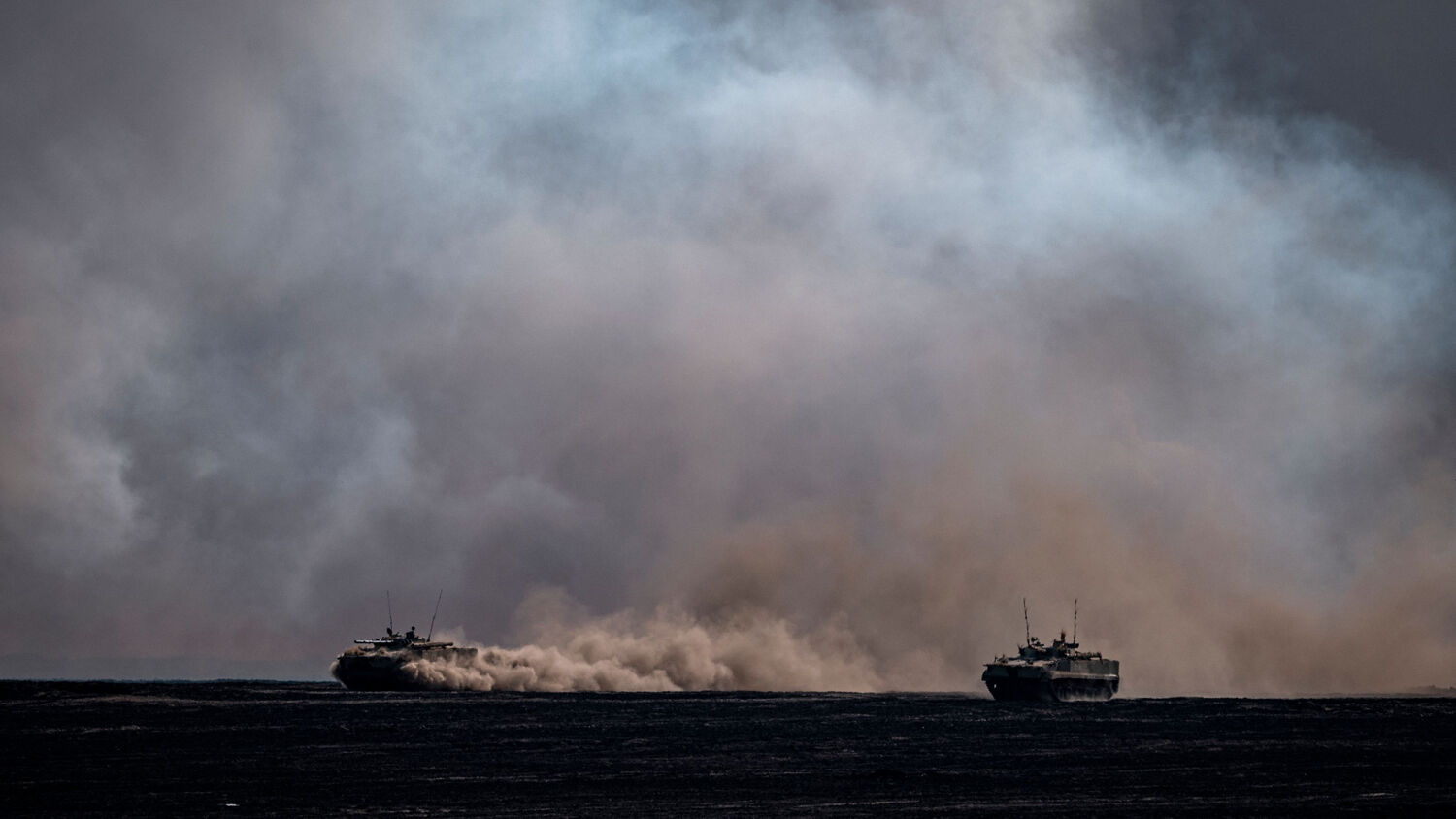 The Kremlin draws another former Soviet state back into tighter orbit.

Armenia welcomes Moscow’s plan to expand a Russian military base in its territory and to redeploy some Russian troops near its border with Azerbaijan, Armenia’s defense minister said on February 22.

“The question of expanding and bolstering the Russian military base on the territory of Armenia has always been on the agenda,” Defense Minister Vagharshak Harutyunyan said in an interview with Russia’s ria Novosti news agency. “The Armenian side has always been interested in this.”

The base in Gyumri, Armenia, dates back to the Soviet era. At that time, Armenia was one of 14 nations in Russia’s periphery that were forged under the Soviet hammer into one massive bloc. For decades, the Soviet 7th Guards Army based its 127th Motor Rifle division at the Gyumri base. After the Soviet Union’s collapse in 1991, Armenia became independent but allowed Russia to keep the facility operational. Since the mid-1990s, it has been a full-fledged Russian military base under a formal defense agreement and home to some 3,000 soldiers.

Harutyunyan did not disclose details of the planned Russian expansion but said that one unit from the enlarged Gyumri base will likely deploy to eastern Armenia, close to the border with Azerbaijan.

Last September, war erupted between Azerbaijan and Armenia over the Nagorno-Karabakh territory that both former Soviet countries claim. After six weeks of violence that resulted in some 5,000 deaths, Russia secured a peace agreement with terms requiring Armenia to cede swaths of the disputed territory to Azerbaijan. The terms also allowed Russia to send 2,000 troops into Azerbaijan, marking the first time its forces have established a presence in the nation.

This constituted a considerable win for President Vladimir Putin’s Russia. And with Armenia now encouraging an expansion of Russia’s military presence within its borders, it is clear that the main victor of the conflict was Putin.

Early in his presidency, Putin called the busting apart of the Soviet Union “the greatest geopolitical catastrophe” of the 20th century. That was a significant statement because it revealed one of his major foreign-policy goals. Putin looks back fondly on the era when all those countries were forged into one under the Soviet hammer. And in the years since he spoke those revealing words, he has channeled much of Russia’s energy into hammering those nations back together to reverse the “catastrophe.”

Putin’s 2008 pounding of the former Soviet nation of Georgia, which brought 20 percent of its land back under Russian power, was part of this goal, as was his 2014 annexation of Ukraine’s Crimean Peninsula. And Putin has been applying heat to Ukraine’s eastern regions for years, bringing them up to forging temperature, in possible preparation for more strikes.

He has also been using political and economic tools to apply some heat to the former Soviet nations of the former Soviet states of Belarus, Kazakhstan, Kyrgyzstan, Uzbekistan and Tajikistan. And now both Azerbaijan and Armenia can be added to the list.

After Putin’s invasion of Georgia, Trumpet editor in chief Gerald Flurry said it signaled “the beginning of a dangerous new era” in world history. “This was the first military strike of a rising Asian superpower,” he wrote, “and there will be more!”

Mr. Flurry’s forecast was proved right with Russia’s history-altering attack on Ukraine six years later, and it is continuing to prove accurate with the more subtle moves on a growing list of other former Soviet states.

Mr. Flurry has called considerable attention to Vladimir Putin over the years because of what Bible prophecy teaches about a multinational Asian alliance that will form the years ahead. Around the year a.d. 90, the Apostle John was inspired to write: “And the number of the army of the horsemen were two hundred thousand thousand: and I heard the number of them” (Revelation 9:16). This is a military force of 200 million soldiers, which is far more vast than any force ever assembled in human history.

The Scriptures provide several key details about this colossus. Revelation 16:12 calls it “the kings of the east,” showing it to be a group of mainly Asian countries. Prophecies in Ezekiel 38 and 39 discuss a “prince of Rosh, Meshech, and Tubal” (Young’s Literal Translation). Meshech and Tubal are ancient names designating the modern Russian cities of Moscow and Tobolsk. And Rosh is a variation of an ancient name for Russia, as shown in Bible commentaries, such as the Jamieson, Fausset and Brown Commentary.

In his 2017 booklet The Prophesied ‘Prince of Russia,’ Mr. Flurry says Vladimir Putin is the “prince” discussed in these passages. He writes:

The use of all three names [Russia, Moscow and Tobolsk] shows that this is an individual ruler of all the peoples of Russia, from the west to the east. The reference to the cities of Moscow and Tobolsk helps us see how vast Russian territory is in these latter days. This giant swath of land indicates the prince will probably conquer more nations of the former Soviet Union.

In the years since that was written, Putin has asserted more and more power over several former Soviet nations. As Armenia encourages him to deepen Russia’s military bootprint in its territory, that trend is gathering momentum.

Mr. Flurry explains that Putin’s leadership of Russia, including his reforging of the Soviet Union, shows that a time of worldwide trouble is fast approaching. But he emphasizes that there is also great hope at the heart of these prophecies about Russia. He writes that the fact Putin is now leading the nation proves that the most hope-filled event in mankind’s history is close. “Mr. Putin’s warfare is going to lead directly into the Second Coming of Christ. … Vladimir Putin is a sign, literally a sign, that Jesus Christ is about to return!” he writes. “This is one of the most inspiring messages in the Bible.”

To understand these Bible passages and the hope that is intertwined with them, order your free copy of Mr. Flurry’s booklet The Prophesied ‘Prince of Russia.’