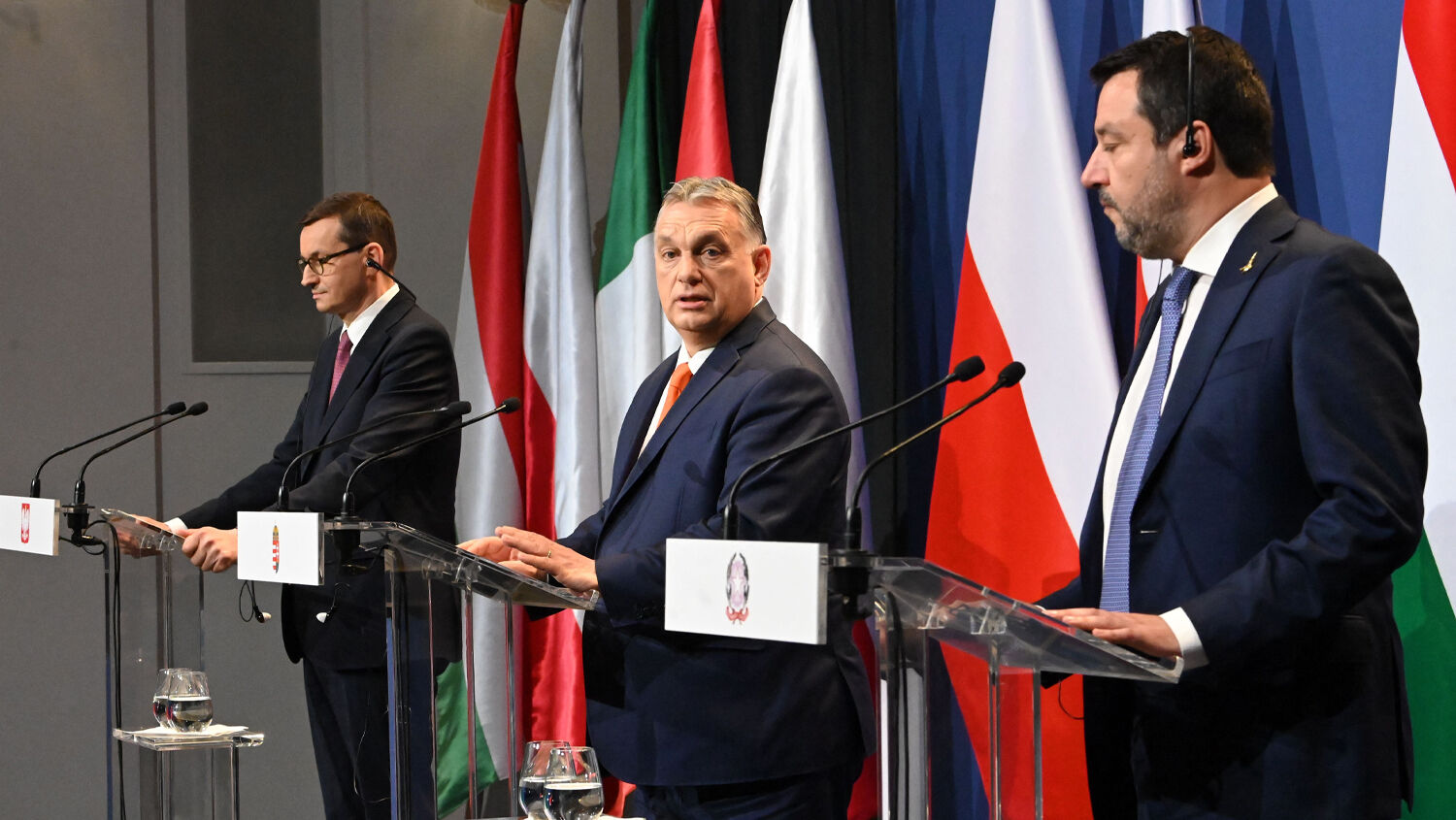 The leaders of Hungary and Poland met with the leader of Italy’s Lega Nord party in Budapest on April 1, Financial Times reported. Hungarian Prime Minister Viktor Orbán and Polish Prime Minister Mateusz Morawiecki met with Lega Nord leader Matteo Salvini to discuss the formation of a new European Parliament bloc to represent the hard right. They’re planning to have another meeting in Warsaw next month.

Until recently, Orbán’s Fidesz party belonged to the European People’s Party (epp), the European parliamentary bloc representing mainstream conservative parties. Fidesz left the epp after the bloc threatened the party with suspension. Many mainstream conservatives in Europe see the direction Fidesz and Orbán are taking Hungary, and it worries them. Hungary’s crackdown on a free press and suspension of civil liberties show that Orbán has a dictatorial streak.

But instead of marginalizing Orbán, the move seems to have empowered him. Now that traditional conservatives don’t want anything to do with him, he’s reaching out to other hard-right-to-far-right parties. Many of these parties belong to different parliamentary blocs in Brussels. Orbán is asking them to unite.

Among the parties he is courting is his most steadfast ally: Poland’s Law and Justice Party. Poland is a predominantly Catholic country. Law and Justice’s vision is to bring Catholic doctrine into Polish law. This includes attempts to criminalize abortion and homosexuality. Law and Justice is Poland’s current ruling party and has tried to implement many of its policies, making the secular “eurocrats” in Brussels cringe. And so, Poland has been another favorite conservative punching bag for Brussels. Law and Justice currently belongs in the European Conservatives and Reformists parliamentary group in Brussels.

The other major European political party Orbán is courting is Italy’s Lega Nord. While Lega Nord is no longer in government, it still has a large influence in Italy. Salvini was formerly Italy’s deputy prime minister and minister of the interior. After a parliamentary escapade to make himself prime minister, then Italian Prime Minister Giuseppe Conte shut him out of government. But that doesn’t mean that his influence has faded. Lega Nord is currently the most popular party in Italy.

The rise of Lega Nord is concerning because of Salvini’s association with Italy’s fascist past. He likes to portray himself as a modern Benito Mussolini. His main policy goals are to free Italy from Muslim migrants and refugees, to stand up to meddling from Brussels in Italian internal affairs, and to bring Catholic social values into Italian policy. Lega Nord belongs to the European Parliament’s far-right Identity and Democracy group.

While these parties belong to different parliamentary blocs, they stand for similar goals. All want a Europe free from Middle Eastern refugees. All want to bring Catholic-Christian social values into governmental policy. All want Brussels to “mind its own business.”

All have even tried to rehabilitate their country’s histories during World War ii. Salvini once responded to criticism from an opponent by quoting Mussolini; he’s given a speech from the same balcony Mussolini did. Orbán speaks positively about Miklós Horthy, Hungary’s pro-Hitler dictator in World War ii. He’s even reinstalled prominent monuments that the Horthy regime set up. The Polish government a few years ago tried to criminalize saying the phrase “Polish death camps,” referring to Nazi concentration camps like Auschwitz. The proposed law could have sentenced people to three years in prison for saying the phrase. It was the Germans, not the Poles, who set those camps up. But this move was seen as a way to whitewash the complicity many Poles had with the German occupiers in World War ii.

What exactly do these parties want to accomplish?

Here’s what Salvini said in an interview with New Europe (emphasis added throughout):

Speaking about a larger vision for the future of the European Union, I think after the covid crisis, the EU needs to reinvent itself and find a new soul. The political groups inside the European Parliament should seize the occasion and use it as a way to change. If today we could fuse together the European Conservatives and Reformists and Identity and Democracy groups, we could have the second biggest group in the Parliament, a true alternative to the European People’s Party/Socialists and Democrats duo.

What Salvini is asking for is nothing less than a fundamental transformation of both the European Union’s conservative status quo and the structure of the EU itself.

Orbán, meanwhile, said he wants the potential bloc to bring about a “European renaissance.”

Many in Europe feel that the mainstream conservatives are out of touch with much of their support base. This regards issues like multiculturalism and covid-19 lockdowns. Hard-right parties like Fidesz and Lega Nord are increasing in popularity. If they join together and campaign as a united front in the European Parliament, they have the potential to replace traditional conservative parties as the main European conservative voice. This could be the biggest shakeup of European politics since Brexit.

If the actual Benito Mussolini and Miklós Horthy—and their mutual acquaintance, Adolf Hitler—were any indication, it won’t be good.

Trumpet editor in chief Gerald Flurry writes in his free booklet A Strong German Leader Is Imminent: “Strong leaders are rising on the world scene today in several nations, including Russia, China and Iran. But what about Europe?”

People around the world are seeing the problems of the world and turning to strongmen for refuge. They promise people freedom from everything from Islamic terrorism to unemployment to hostile neighbors.

Could Europe—as a whole—follow the trend? Could we see a European Vladimir Putin come on the scene?

Could what people like Orbán, Salvini and Morawiecki are doing prepare the EU for “Mr. Europe”?

To learn more, request your free copy of A Strong German Leader Is Imminent.