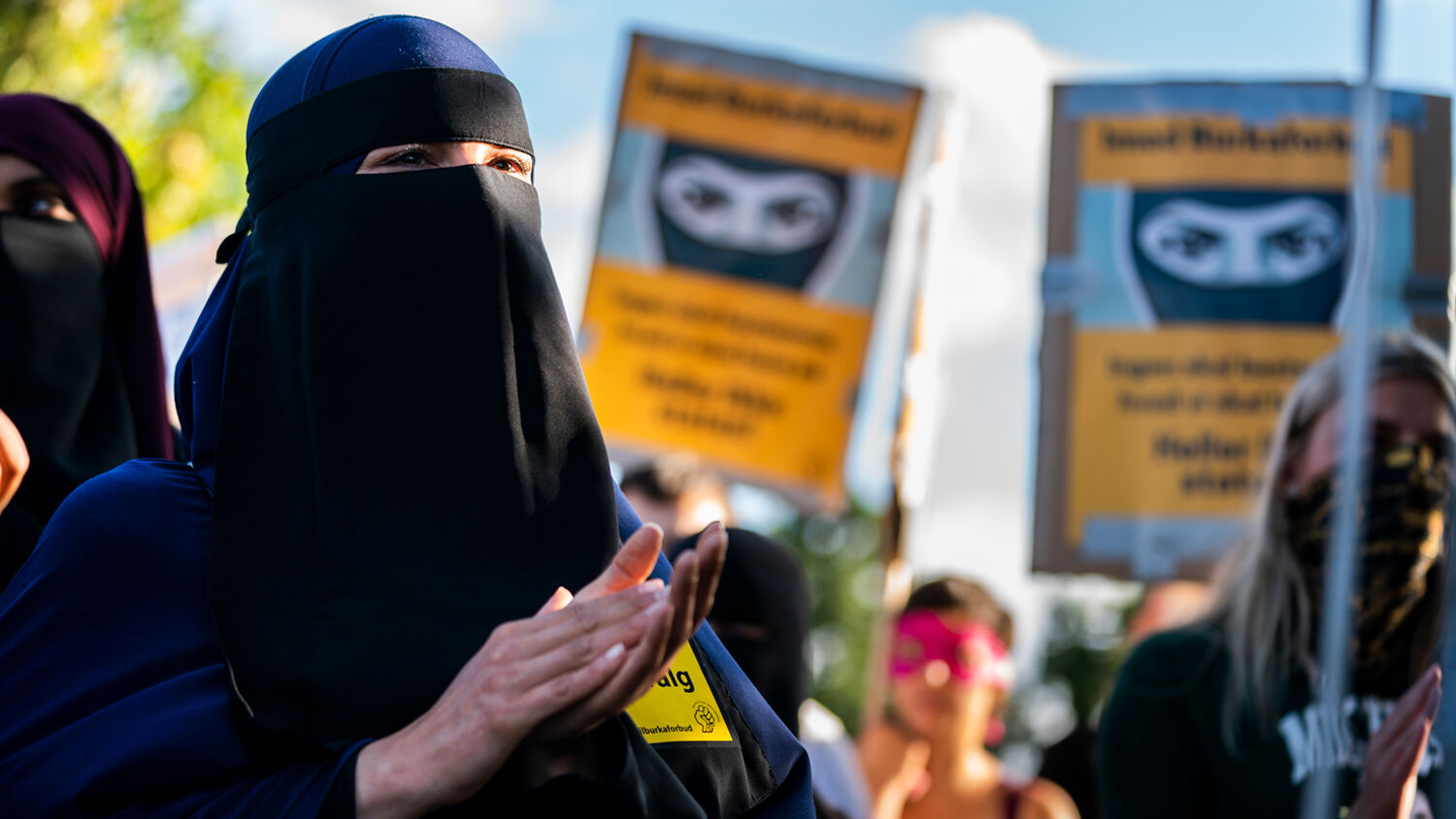 The group Kvinder i Dialog holds a demonstration against the first fine given for wearing the face veil niqab in Copenhagen, Denmark, on Aug. 10, 2018.
MARTIN SYLVEST/Ritzau Scanpix/AFP/Getty Images

The European experiment of a secular, tolerant 21st century is failing.

Denmark became the first European country to revoke the residency permits of Syrian refugees on March 1. This is part of a series of news events from across Europe that shows the Continent is becoming less welcoming of Muslim migrants.

Copenhagen claimed that Syria is now a safe country, so it is no longer dangerous for the 94 refugees to return. But the Syrian civil war is nowhere near resolution; the Syrian government recently shelled a hospital in the rebel-held city of Aleppo. Yet Danish Immigration Minister Mattias Tesfaye said his government had “made it clear to the Syrian refugees that their residence permit is temporary.”

It’s unlikely Copenhagen wants to negotiate with Syrian President Bashar Assad for the refugees’ return. So they most likely won’t be deported to Damascus anytime soon. But the residency revocation illustrates that even a country in liberal Scandinavia is changing its attitude toward Muslims. Michala Clante Bendixen, chair of Refugees Welcome, wrote, “Denmark … has now adopted an asylum policy that’s less like that of its Scandinavian neighbors than of nationalist countries like Austria or Hungary.”

This isn’t the only controversial move by Denmark. Copenhagen is also planning on a bill to limit the population of “non-Western” residents in its cities. If the government follows through, municipalities could have the right to cap their “non-Western” populations at 30 percent. “Non-Western” is defined as anybody not originally from the European Union, as well as non-EU members within the Schengen Area, like Norway. This technically would apply to anybody outside of those parameters, including European people like Brits and Russians. But it’s pretty clear whom the measures are mainly aimed at.

The original wording of the measure included the term “ghetto.” The term was scrapped, but “ghetto” has a specific definition in Danish law. A “ghetto” is classified as a neighborhood of over 1,000 people, over half of which is “non-Western,” and that meets other criteria regarding employment, education, crime and income. Fifteen neighborhoods in Denmark currently meet the criteria.

“For far too many years, we have closed our eyes to the development that was underway, and only acted when the integration problems became too great,” said Interior Minister Kaare Dybvad Bek.

This would all sound normal if a right-wing government were in Copenhagen. But Denmark is currently ruled by the center-left Social Democratic Party.

The Netherlands has three major hard-right parties. Geert Wilders’s Party for Freedom won third place with 11 percent of the vote. The even more extreme Forum for Democracy gained 5 percent of the vote, while the JA21 party entered the legislature for the first time. Together, the three parties earned 29 seats—the best results the hard right has ever had. Wilders’s hard-line stance against Muslim immigration has pushed mainstream Dutch politics to the right so much that Politico came up with a term for it: “the Wilders effect.” During his election campaign, Wilders said he wants to see the Netherlands as “a country without headscarves.” Evidently, judging by the Party for Freedom’s performance, a lot of Dutch agree with him.

And the Forum for Democracy’s results show that many think that Wilders isn’t extreme enough. The Forum for Democracy has previously called to ban the Koran. Many label the party’s leader, Thierry Baudet, a fascist; he once spoke of the Netherlands belonging to the “boreal world,” a modern equivalent of the “Nordic” and “Aryan” race labels advocated by the Nazis.

There is also an anti-Islam surge in France.

Although Le Pen lost the election, Macron, while he campaigned on a centrist platform, has taken a hard-line stance against Islamism in France in recent months. In December, his interior minister, Gérald Darmanin, announced the “inspection” of 76 mosques for Islamist leanings. Darmanin was able to shut down places of worship and Muslim associations with apparently little more than the stroke of a pen. Despite all this, Marine Le Pen has led in the polls for months, and her lead appears to be growing.

Last year, National Rally candidate Louis Aliot (who also happens to be Le Pen’s ex-lover) won the mayoral race of the city of Perpignan. Perpignan, near the Spanish border, has a population of over 120,000 people, so it’s not a small prize. It’s currently the largest city the National Rally has under its control, and many see it a harbinger for next year’s elections.

What happened to 21st-century Europe?

Denmark is a Nordic-model Scandinavian state known for its welfare and left-wing policies. The Netherlands is famous for its laissez-faire attitude toward marijuana and prostitution. France is a staunchly secular republic. Countries with these kinds of left-wing policies are normally heavily multicultural. Yet it seems nations all over Europe are turning more and more right wing when it comes to immigration, especially Islamic immigration.

One can hardly blame Europeans for how they feel after the spate of deadly terrorist attacks that afflicted Europe, France especially, last year. The many parallel societies forming in Europe’s Muslim communities—societies where Islamic practices (like gender-segregated swimming pools and the wearing of burkas) are more the norm than European ones—are unsettling for those in Europe’s big cities.

Multiculturalism’s unofficial motto is “unity in diversity.” But Europe’s multicultural experiment is creating disunity, agitation and a call for change—dramatic change.

What exactly would this change be?

Europeans want to feel safe and secure from the threat of Islamic terrorism. But many know that terrorist networks in Europe will always exist as long as radical actors in the Middle East exist to support them.

The pressure can only build until something major happens.

Your Bible prophesies that something major will happen: a clash between Catholic Europe and the Muslim Middle East.

The book of Daniel contains prophecy regarding “the time of the end,” the time we live in now. Daniel 11:40 reads: “And at the time of the end shall the king of the south push at him: and the king of the north shall come against him like a whirlwind, with chariots, and with horsemen, and with many ships; and he shall enter into the countries, and shall overflow and pass over.”

The “king of the north” refers to a European superpower developing right now. (To learn more, request our free booklet History and Prophecy of the Middle East.)

In other words, radical Islam is the king of the south. And you can see that Europe is getting fed up with radical Islam’s pushiness. You can only poke the bear for so long before it turns around and mauls you.

To learn more about what this means for you, request your free copy of Mr. Flurry’s booklet The King of the South.