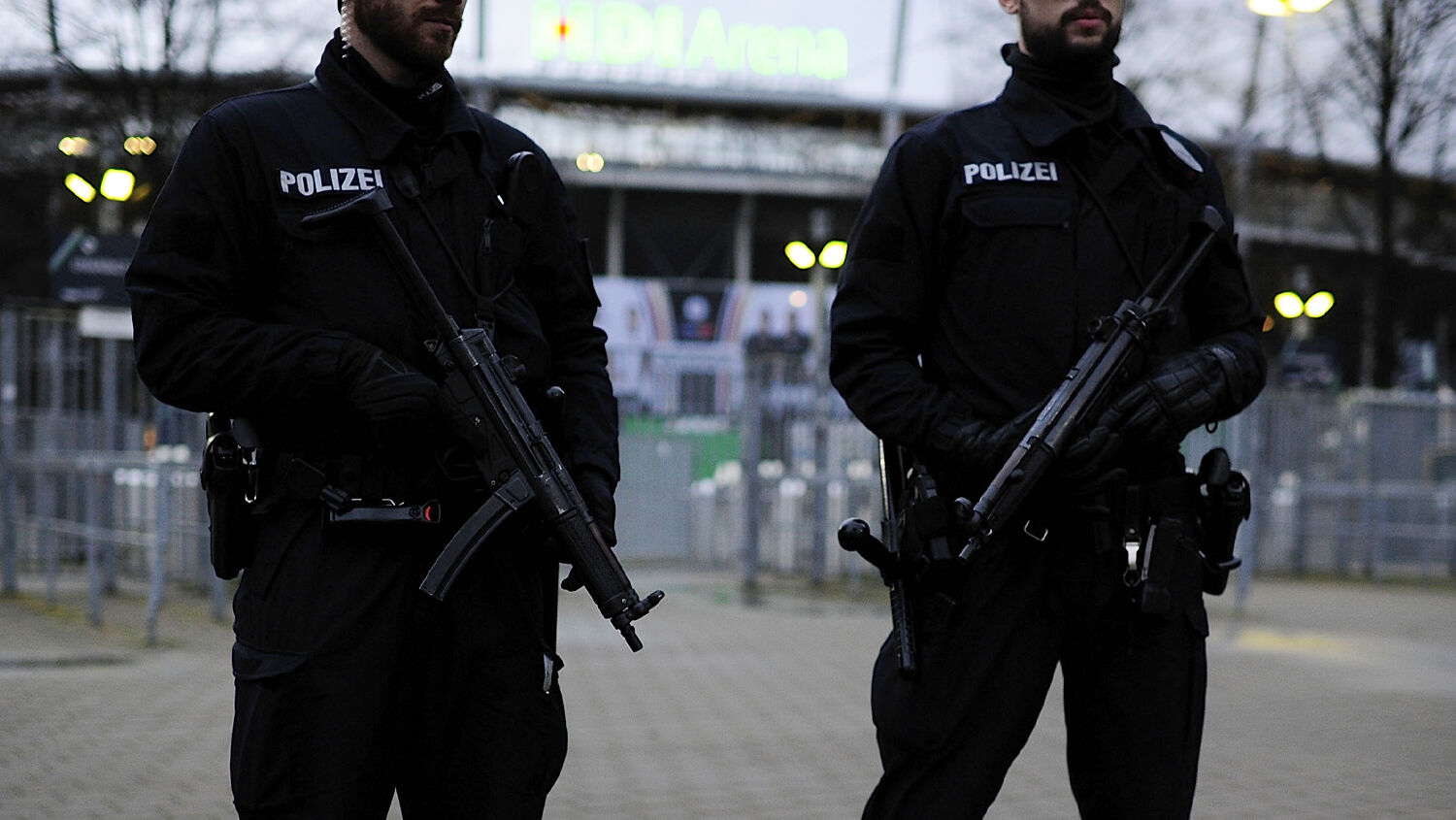 Far-right extremism among German police is more common than you may think.

According to a New York Times article, Germany’s local police forces have a problem with neo-Nazism. And the problem seems to be systemic and nationwide.

Headlines in German media confirm this. In September, officers from multiple municipalities in the state of North Rhine-Westphalia were suspended for organizing far-right online chat groups. The groups shared images depicting things like swastikas and refugees in gas chambers.

In October, at least 25 officers from the Berlin police department were exposed through another online chatroom. Some of the policemen expressed “open fantasies of violence.” One post claimed that the exam for admission to the police force was to “shoot six illegal immigrants.” The officers’ superior was notified of their behavior but did little about it.

In November, 15 policemen from the city of Essen were suspended—again through evidence from a chatroom. Among other far-right content, online photos showed the officers using items such as ammunition to make giant swastikas.

Incidents of neo-Nazism go back years. In August 2018, Seda Basay-Yildiz, a Frankfurt defense attorney of Turkish ancestry, received a fax reading: “You filthy Turkish sow. We will slaughter your daughter.” The fax had her address written on it. A subsequent investigation revealed that her personal information was obtained from police records. This November, she and her daughter received another death threat. When she reported it to the authorities, they brushed it off.

Turkish-German comedian Idil Baydar has been receiving death threats since 2019. She found out in July that police may have been involved, although authorities have known about the link for nine months. Even then, it was the media rather than the police who approached her. The death threats include personal information, including the name of her mother.

Currently, North Rhine-Westphalia—Germany’s most populous state—has 203 police officers being investigated for far-right links. “I always hoped that it was individual cases [of neo-Nazism], but there are too many of them now,” said North Rhine-Westphalia Interior Minister Herbert Reul. “We have a problem with far-right extremism. I don’t know how far it reaches inside the institutions. But if we don’t deal with it, it will grow.”

Yet despite all of this, Reul has no problem strengthening the power of the North Rhine-Westphalia police to arrest anti-vaccine and anti-climate change protesters. His new regulations give the police power to arrest those “who protect criminals solely through their physical presence.” This means, if one protester becomes a bit rowdy, the police can arrest the entire group. Many Germans already worry that the country’s covid-19 lockdown rules are turning into a new Enabling Act.

(As an aside, strangely coinciding with all of this is the Austrian government’s recent decision to convert Adolf Hitler’s birthplace into a police station.)

A Beer Hall Putsch in the Making?

Last summer new revelations about Nordkreuz (North Cross) surfaced. Nordkreuz was a far-right association with policemen, soldiers, and others of note in their ranks. It was preparing for “Day X,” the hypothetical day when German society collapses. When “Day X” comes, Nordkreuz would stage a coup to prop up Germany. Part of the plan included rounding up and murdering political enemies.

There is also a growing trend of German police officers supporting the Alternative für Deutschland (AfD), Germany’s “mainstream” far-right party. It is the third-largest in the country and recently almost formed a government in a state.

You would think the German federal government would be alarmed by all this. But Interior Minister Horst Seehofer recently said the idea of German police systems having “latent racism” was “incomprehensible.” He canceled a planned investigation into the level of racial profiling by German policemen.

Meanwhile, Justice Minister Christine Lambrecht said there was no “structural racism problem” among German police. Friedrich Merz, a candidate to replace Angela Merkel as chancellor, claimed that structural racism is an American problem and that it is improper to associate it with Germany.

The Trumpet has kept an eye on the far-right infiltration of Germany’s institutions for a while. There have been many recent scandals of Nazi ideology infesting the German military.

Between the police, the army and the politicians, Germany is on the brink of a far-right transformation.

And your Bible says that transformation is coming.

The book of Nahum was written to Nineveh, capital of the warlike Assyrian Empire. But Nahum’s prophecy was meant for a powerful warrior people of our day. This would be the descendants of those ancient Assyrians: modern Germany (for proof, request our free reprint article, “The Remarkable Identity of the German People”). Nahum 2:11-12 refers to Nineveh as “the dwelling of the lions,” where “the lion did tear in pieces … and filled his holes with prey.” Nahum 3:1 calls it a “bloody city.”

Verse 17 contains an interesting prophecy: “Thy crowned are as the locusts, and thy captains as the great grasshoppers, which camp in the hedges in the cold day, but when the sun ariseth they flee away, and their place is not known where they are.”

Trumpet editor in chief Gerald Flurry writes about this verse in his free booklet Nahum—An End-Time Prophecy for Germany (request your free copy): “After World War ii, the Nazis disappeared like locusts in the winter. … The Nazis are just waiting for the right climate, then they will return in a livid rage.”

Already, Germany is getting prepared for this “livid rage.” The spread of neo-Nazism through the police, the military and the government is a sign of this. All Germany needs is a catalyst, like a strong-armed, charismatic leader—a politician who can harness these radical undercurrents and channel them to turn Germany into the world power it hasn’t been since the fall of the Third Reich. Nahum refers to this individual as “a wicked counsellor” (Nahum 1:11).

We believe we know who this man is.

Neo-Nazism affecting Germany’s police systems are but one piece to a larger puzzle. Soon, Germany will explode on the scene as a world power in a way that will shock everybody. But you don’t have to be. You can know what is coming ahead of time. A good place to start is our free booklet A Strong German Leader Is Imminent. I encourage you to order a copy. This is knowledge you cannot afford to be ignorant about.