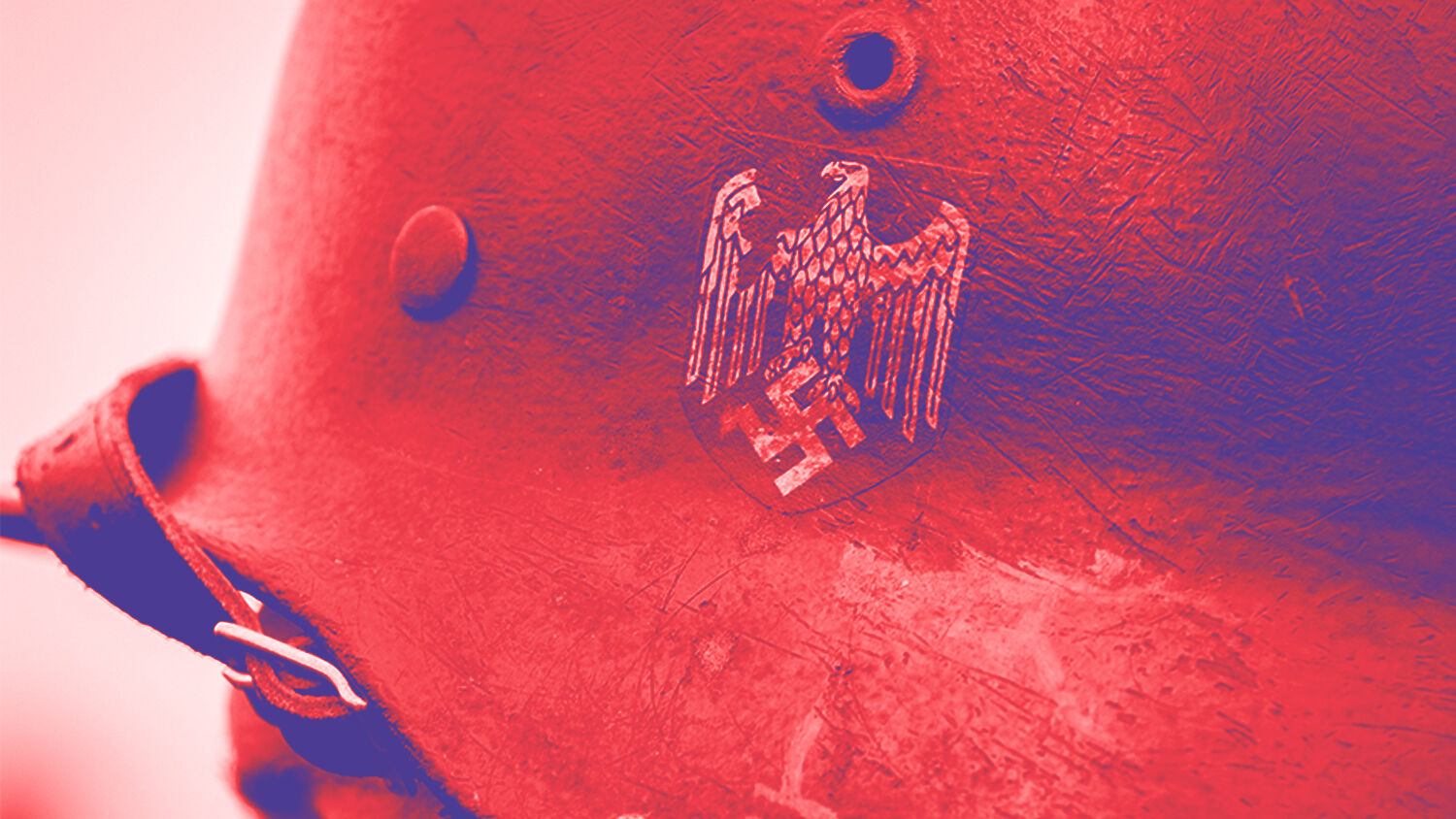 Neo-Nazis have infiltrated broad areas of German society—that’s the verdict of an in-depth report from the New York Times’ Berlin bureau chief, Katrin Bennhold, published over the weekend.

Her report focuses on North Cross, a group of soldiers, police officers, a lawyer, a local politician, a doctor, an engineer, etc, who stockpiled body bags, ammunition and explosives. They planned to round up migrants, refugees and political enemies, and kill them—ready to leap into action on “Day X.”

“Day X” refers to the moment when modern Germany falls apart and the extremists step forward to save the nation. “Today, Day X preppers are drawing serious people with serious skills and ambition,” wrote Bennhold.

Day X preppers are just one of many different extremist groups growing in the country. “Germany has belatedly begun dealing with far-right networks that officials now say are far more extensive than they ever understood,” she wrote.

“This movement has its fingertips in lots of places,” said local politician Heiko Böhringer. “All this talk of Day X can seem like pure fantasy. But if you look closer, you can see how quickly it turns into serious planning—and plotting.”

“I fear we’ve only seen the tip of the iceberg,” said Dirk Friedriszik, another local politician. “It isn’t just the ksk [special forces]. The real worry is: These cells are everywhere. In the army, in the police, in reservist units.”

The general picture presented by the Times report isn’t new. Stories of this massive neo-Nazi presence have been dripping out of Germany for years. But too few connect the dots and ask what it means for modern Germany.

The New York Times article is investigating just one of many far-right conspiracies. Consider just the briefest summary:

It’s no wonder both Interior Minister Horst Seehofer and the president of its domestic intelligence agency, Thomas Haldenwang, identify the far right as the biggest threat to German democracy.

Signs of something disturbing under the surface of Germany go back decades. Some of the first signs came as the nation reunified in the early 1990s. Some in Germany seemed to take this as a sign that the nation was about to rise again. Extremist crime exploded. In 1991, there were 1,483 recorded incidents of violent crime—10 times more than the year before. The number of organized right-wing extremists more than doubled in two years, from an estimated 32,000 in 1990 to 65,000 in 1992.

In 1992, the small Baltic seaport of Rostock shocked the world. A group of neo-Nazis attacked a refugee center for Romanian gypsies. Locals cheered. One officer later admitted, “The police had an arrangement with the rowdies not to intervene.” State authorities knew in advance that the attack was planned, but did nothing.

Hoping to stop the violence, the government decided to remove all foreigners from the city and deported around 100,000 gypsies to Eastern Europe.

In an earlier article, Bennhold wrote: “In interviews I conducted over the course of the year with military and intelligence officials, and avowed far-right members themselves, they described nationwide networks of current and former soldiers and police officers with ties to the far right.”

She said that officials told her that ties between different groups “sometimes reach deep into old neo-Nazi networks and the more polished intellectual scene of the so-called New Right. Extremists are hoarding weapons, maintaining safe houses, and in some cases keeping lists of political enemies.”

“Some German news media have referred to a ‘shadow army,’ drawing parallels to the 1920s, when nationalist cells within the military hoarded arms, plotted coups, and conspired to overthrow democracy,” she warned.

Some dismiss the idea of a shadow army. But Gen. Markus Kreitmayr, head of the ksk, isn’t so sure.

“I don’t know if there is a shadow army in Germany,” he told her. “But I am worried, and not just as the commander of the ksk, but as a citizen—that in the end something like that does exist and that maybe our people are part of it.”

So many people are involved that it’s hard to see how widespread the networks are. One high-ranking investigator was suspended in June after he passed on confidential information to a contact in the ksk—who then tipped off other potential targets. In another investigation, a lieutenant colonel in military intelligence was found trying to cover up an effort to infiltrate the military with neo-Nazis.

“If the very people who are meant to protect our democracy are plotting against it, we have a big problem,” said Stephan Kramer, president of Thuringia’s domestic intelligence agency. “How do you find them?”

Germany’s Federal Office for the Protection of the Constitution (BfV)—its domestic intelligence agency—has also been implicated. The National Socialist Underground (nsu) is a neo-Nazi group that killed nine migrants and one police officer from 2000 to 2007. It received funding from the BfV. The BfV claims it was paying off informants. But others said the informants were handing the money straight to the nsu, with the BfV’s blessing. An agent was present at one of the murders. Despite being just feet away when Halit Yozgat was shot to death, the highly trained spy claims to have noticed nothing.

“The worrying question that arises is whether the German security agencies merely failed at doing their job, or did they actually turn a blind eye and intentionally enabled the nsu’s activities,” wrote Ynetnews. “And if so, could neo-Nazis have infiltrated Germany’s spy agencies and actively encouraged the crimes? The authorities’ insistence on covering up information and stonewalling the investigation on the matter only raise further suspicions.”

Prosecutors have spent three years investigating North Cross. But only one member has faced any charges. One of the group’s leaders, Marko Gross, has received a light sentence for “illegal weapons possession.” Those weapons included 55,000 rounds of ammunition, a Uzi submachine gun, and a long list of other guns and explosives. It took 45 minutes to read out the full list in court.

But there have been no prosecutions for a wider conspiracy. It’s reminiscent of another far-right leader who received only a slap on the wrist for his attempt to overthrow the government in 1923—Adolf Hitler.

“The outcome is typical of the authorities’ handling of far-right cases, extremism experts say,” wrote Bennhold. “The charges brought are often woefully narrow for the elaborate plots they are meant to deter and punish. Almost always they focus on individuals, not the networks themselves.”

Why is far-right extremism such a systemic problem? Why do those involved repeatedly get off so lightly? Why have the police, the military, the special forces and the intelligence agencies repeatedly been implicated? Why are so many investigators complicit? Why are so few punished? And if so many are willing to act on these kind of beliefs—to the point of stockpiling weapons and assembling hit lists—how many more sympathize from the sidelines?

This is the crucial question that too few are asking: What does this mean for modern Germany?

One of our most controversial warnings here at the Trumpet is that Germany is soon to take a radical turn toward becoming an aggressive military power.

A lot of people disagree. They take a surface look at Germany and see a stable, modern country with a relatively small military—a country that has completely changed since World War ii.

But there are clear signs that all is not well. This is one of them. Under the surface, a Nazi spirit is brewing in parts of Germany.

This is what prophetic news analyst Herbert W. Armstrong declared on May 9, 1945, during the founding conference of the United Nations, just hours after World War ii ended. Europe was in ruins. We now know there was a Nazi underground. A series of reports from the German government, as well as United States intelligence, confirm this as fact.

But Mr. Armstrong did not have access to these reports. Instead, he made his bold claim based off of Bible prophecy. Revelation 17:8 describes a beast, symbolic of a major world power, that “was, and is not, and yet is.” This beast exists, then vanishes—only to then “ascend out of the bottomless pit.” You could say it comes out of nowhere—from “underground.”

The signs of this beast are there, but few recognize them. Revelation 17 says that when this power fully ascends, “the people who belong to this world … will be amazed at the reappearance of this beast” (verse 8; New Living Translation).

But you do not need to be “amazed.”

Built into this same passage is another prophecy—a prophecy of an individual God would use to expose this beast. Verse 10 says, “And there are seven kings: five are fallen, and one is, and the other is not yet come; and when he cometh, he must continue a short space.”

These seven kings reign one after the other. But during the time of the sixth king, a man would be there to explain what this scripture means, to teach the world what is happening.

In Prophesy Again, Trumpet editor in chief Gerald Flurry writes: “The beast disappears from the scene for a time, and a prophet must show people what the truth is. … This revelation is about the period when Mr. Armstrong … was doing this work of God. God revealed to him secrets about this sixth resurrection of the Holy Roman Empire, which ‘was, and is not, and yet is.’”

This is how Mr. Armstrong could pinpoint what was going on within Nazi Germany in 1945. All these major developments were forecast in advance in your Bible. And the same God who had these remarkable prophecies preserved ensures that He has a man to explain them.

These prophecies explain the steady undercurrent of neo-Nazi conspiracies. They are just small symptoms of this subterranean beast rising to the surface once again.

This is why the Bible says that beast “was, and is not; and shall ascend out of the bottomless pit” (verse 8). The verb tense here is important. While Mr. Armstrong was alive, this beast “was, and is not.” Mr. Armstrong was there during World War ii, and when the beast went underground. But the beast’s ascension out of this bottomless pit is future tense—it was to happen later, once the man explaining all this had passed from the scene. Mr. Armstrong died in 1986. Just three years later, Germany unified, and soon the early signs of its rise were visible.

This beast is still rising today, but it is a mystery to the world. You, however, can understand. God reveals secrets to the man He is using.

“The Bible really comes alive when we know specifically what is happening,” writes Mr. Flurry. Understand these secrets, and you can understand world events. More importantly, your Bible comes alive, revealing the great, all-powerful God who reveals the secret plans of the world’s most powerful nations.

To learn more about world news revealed through the Bible to Mr. Armstrong, read our free booklet He Was Right. It will confirm, again and again, the Bible is the most solid basis for understanding your world.