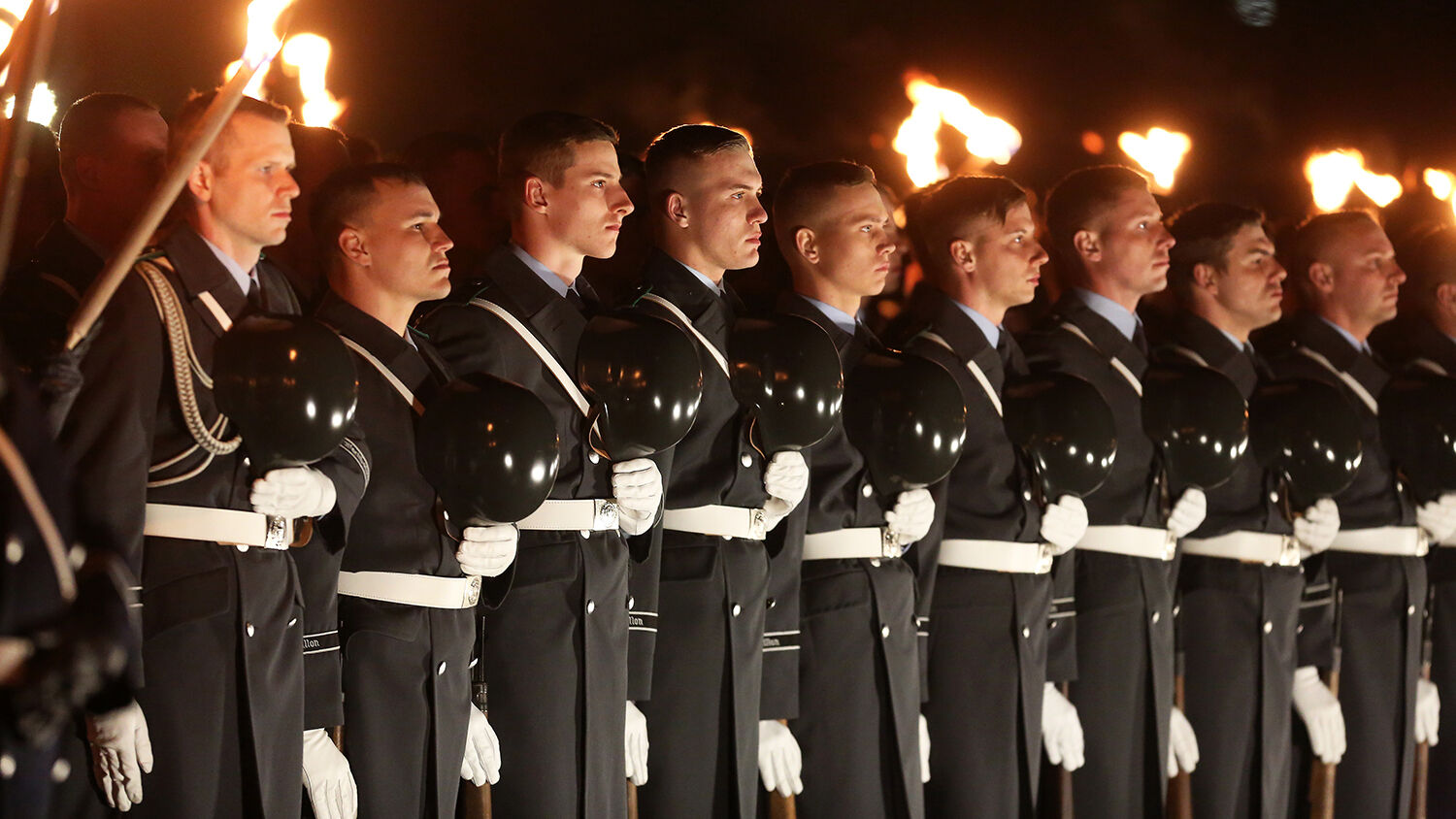 Are these isolated cases?

On January 27, the world commemorated the 75th anniversary of the liberation of the Auschwitz death camp. Holocaust Remembrance Day is a sobering reminder of the perils of world war—and the destruction it brings. As we look back to the liberation and freedom that took place over 75 years ago, it’s important to also ask the question, Could it happen again?

The German Army played a major role in the extermination of millions of Jews. And a recent report about the Bundeswehr raises new concerns.

In October, a right-wing terrorist attempted to cause a bloodbath reminiscent of the Holocaust at a synagogue in the eastern German city of Halle. Only a heavy wooden door saved the lives of many of the Jews that day. Anti-Semitism and related right-wing extremist acts have become more common and are increasingly more violent.

“In total, authorities identified over 24,000 active right-wing extremists in 2018, with over half considered capable of violent attacks,” Deutsche Welle reported. “They estimate that number will have increased by one third in 2019, in large part due to new scrutiny on affiliate groups of Germany’s anti-immigration Alternative for Germany (AfD), the nation’s largest opposition party in the Bundestag.”

But perhaps even more concerning are the numbers of extremists in uniform, particularly those in Germany’s army.

The Military Counterintelligence Service (mad) is investigating around 550 cases on suspicion of right-wing extremism in the Army. In 2019, 360 cases were added to the investigation, Christof Gramm, president of mad, told the German newspaper Welt am Sonntag.

Especially concerning are the revelations of cases in the Army’s Special Forces Command (ksk). ksk is seen as the pinnacle of the Bundeswehr’s personnel and often portrayed as a corresponding role model. Sadly, it also leads in an unusually high number of right-wing extremist cases. The number of suspects is, in relation to the number of its staff, five times as high as in the rest of the troop.

If the elite forces and a few hundred army soldiers openly show their extremist mindset, how many harbor it secretly? Furthermore, one may ask, why have investigations previously been lacking, and why haven’t more fellow soldiers sounded the alarm?

The truth could be worse than many suspect.

In Extreme Security, Caroline Walter talks about right-wing extremism within Germany’s military and its law enforcement agencies. Walter told Deutsche Welle that the recent revelations are likely just the “tip of the iceberg.” She said: “The problem in the Bundeswehr is that whoever points out right-wing extremism is still a backstabber who’s violating the spirit of the brigade.”

This “spirit of the brigade” is what unifies the armed forces and gives them communality. But in that spirit, right-wing extremists have been tolerated for years. Parliamentary Commissioner for the Armed Forces Hans-Peter Bartels emphasized over and again in an interview with Deutschlandfunk.de that the individual extremist cases stand completely contrary to the Army’s democratic values.

Bartels explained that there are some in the army who “behave in a way that has nothing to do with this democratic Bundeswehr, but perhaps ties in with the far distanced past.” (Trumpet translation throughout).

But is the German Army really the bulwark of democratic values that Bartels and other officials claim it to be?

Truth be told, the Bundeswehr was built on the foundation of its Nazi past. Over 80 percent of the approximately 15,000 officers who laid the foundation of the German Army in 1959 fought under Hitler just a few years previous. German historian Johannes Hürter said Adolf Heusinger, who was appointed to build the new German Army and later became chairman of the nato Military Committee, served previously as one of Hitler’s advisers. So, there have always been Nazis in the German Army.

But what is shocking is that fewer and fewer feel the need to hide their right-wing extremist mindset. Many decades after the war one might expect that the last shovel of dirt has been heaped on the grave of Nazism. Instead, Nazism is seeing somewhat of a revival. Why?

In Germany’s Conquest of the Balkans, Trumpet editor in chief Gerald Flurry goes through extensive documented evidence that reveals just how the Nazis went underground and how they planned to reemerge.

Some few understand that these events were prophesied. Those who understand the Bible’s revelation about Germany’s reemerging Nazi past can also take hope that we are about to see an end to this evil empire.

Mr. Armstrong predicted that attempts to prevent a reemergence of Germany’s Nazi past would fail. He based this prediction on a prophecy in Revelation 17: “The beast that thou sawest was, and is not; and shall ascend out of the bottomless pit, and go into perdition: and they that dwell on the earth shall wonder …. And there are seven kings: five are fallen, and one is, and the other is not yet come; and when he cometh, he must continue a short space” (verses 8, 10).

Mr. Armstrong lived at the time when the sixth head of this empire was on the scene. It was then that God revealed to him that an even more powerful and terrible empire would rise on the heels of Nazi Germany. This prophecy is now coming true. (Request a free copy of Germany and the Holy Roman Empire for a detailed explanation of this and related prophecies.)

We are now living through the rise of the final resurrection of this empire. Many may disregard these early stages as insignificant, like they disregarded the warning signs before World War ii. But Bible prophecy is certain: Unless the world heeds God’s warning message and repents, a terrible time of suffering will precede His intervention in world affairs (Matthew 24).

Read “The Nazi Underground—Revealed!” and request a free copy of Germany and the Holy Roman Empire to understand how and why the Nazi empire is resurfacing today.