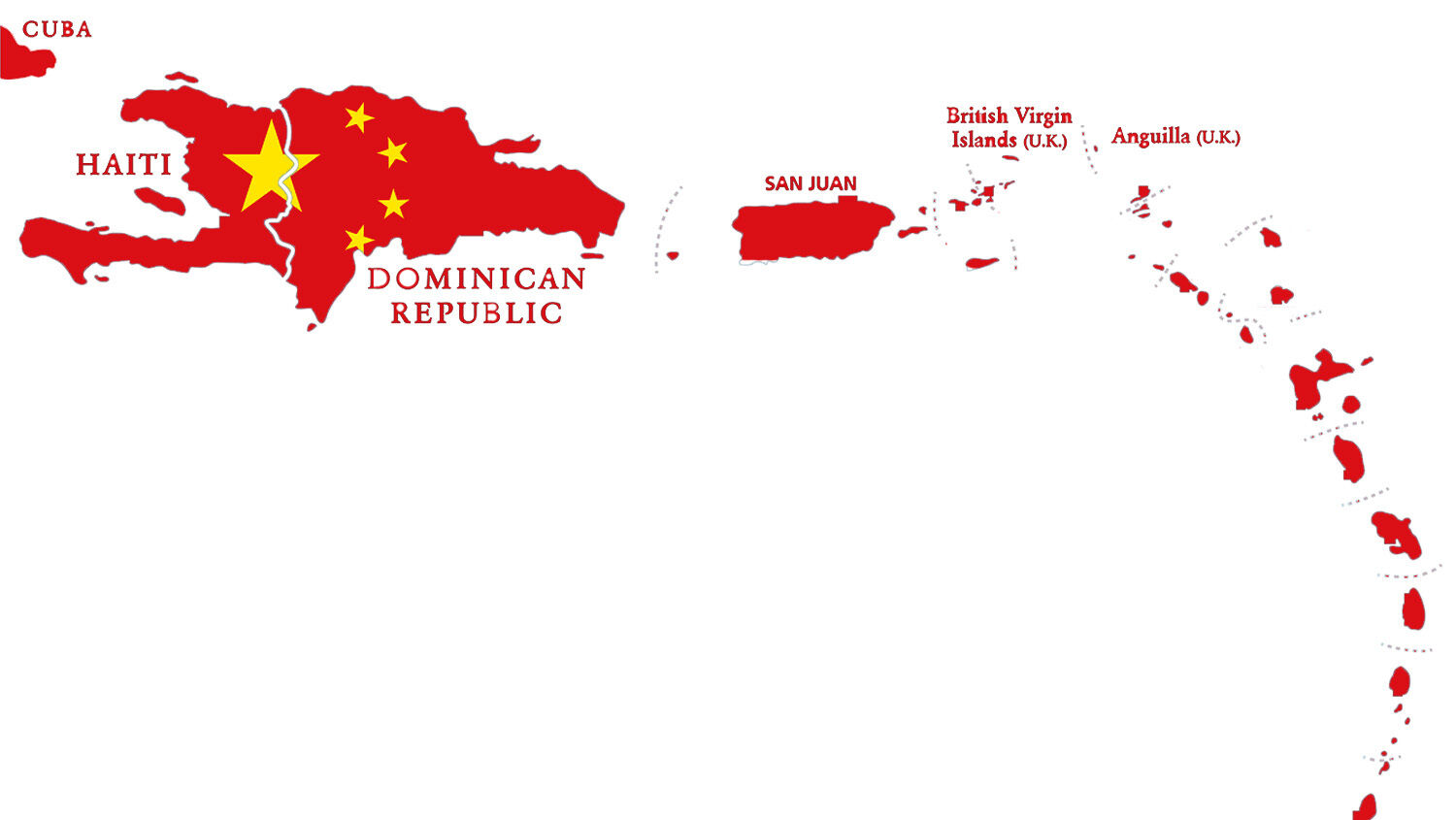 China is buying allies. The latest financed friendship is with the Dominican Republic. Beijing’s ability to buy alliances is having an alarming success rate. Despite this, the West seems content to allow the policy to continue unchecked. Nowhere is this blasé approach more dangerous than in the Caribbean and Latin America.

Using economic incentive to control the policy of other nations is not new to China. The Trumpet has reported on Beijing’s investment policy for years. Infrastructure and investment projects are often used as leverage—particularly with poorer nations. And always in places where it serves China’s purposes.

Recently we have highlighted instances in Sri Lanka and Vanuatu. The Dominican Republic is no different.

In every instance, the targeted nations have something China wants. Often it is resources. Sometimes the reason is political or military advantage. Understanding why China wants the Dominican Republic for the short term is simple enough. Understanding China’s long-term strategy requires us to look deeper. We must look beyond where most commentators and reporters are willing to gaze.

According to Reuters, a Taiwan Foreign Ministry official said China offered a $3.1 billion package of investments and loans in exchange for severing ties with Taipei.

This is another blow to Taiwan. The island nation is desperately trying to maintain supporters in the international community. But now the Dominican Republic is following the likes of Panama and Costa Rica. China is buying favor in these poorer nations using economic incentives.

Costa Rica was bought out in 2007. Ten years later, Panama switched sides. Now it is the Dominican Republic. Taiwan is unable to out-bid China. As such, Taiwan’s diplomatic isolation grows. China sees Taiwan as a rogue breakaway province. Isolating Taipei and recruiting the island’s supporters is undermining Taiwanese sovereignty.

But Taiwan isn’t the only one who should worry about China buying friendship in the Caribbean. There are far deadlier, long-term consequences involved in buying Caribbean alliances. And they have everything to do with America.

Most waterborne trade flowing to or from the United States goes through the Gulf of Mexico. This makes peaceful passage through the Caribbean paramount to America’s economic survival. Were some nation to dominate this region, it would dominate America.

The Trumpet highlights a specific prophecy—found in Deuteronomy 28:52—when discussing the Caribbean and Latin America. Here God describes how Israel’s enemies would “besiege thee [Israel] in all thy gates, until thy high and fenced walls come down ….” This is a prophecy for our lifetime!

To fully appreciate this prophecy, one must understand the identity of Israel today. We must understand where the descendants of Israel now live. Be sure to read our free book The United States and Britain in Prophecy for more information.

The Deuteronomy 28 besiegement must be understood in context with other biblical prophecies. Many scriptures discuss the rise of world powers that oppose the descendants of Israel.

One prophecy in Isaiah 23 discusses an economic alliance between powers known as the king of the north and the kings of the east. This alliance, or “mart of nations,” is created for the purpose of ending America’s world dominance!

Two great trading blocs are positioning themselves to control the world. Both power conglomerates are discussed in Daniel 11:40-45 and in Isaiah 23. But that trading partnership won’t last long. Soon they will clash, just before Jesus Christ returns and destroys both of them.

Before they clash, these powers will share a common enemy: America. We often warn of this coming economic clash. We are watching as Europe and China in particular invest heavily, right on America’s doorstep.

TheTrumpet.com assistant managing editor Richard Palmer wrote this about America’s southern sea-lanes: “When you include goods traveling through the region from other ports, no other part of the world is more essential to America’s trade.”

China knows it. America should know it.

[The fact that China’s moved into the control of airports] has encountered no resistance from the U.S. or its allies is tantamount to their economic suicide! …

[T]he prospect of these nations allying in a deliberate effort to frustrate Anglo-American trade, or to even threaten to close down the U.S. economy in any future time of conflict between the Anglo-American and the EU-Oriental trade blocs, will become a much more immediate, rather than a far-off future reality. Much of this is happening right now even right under America’s nose within its Caribbean basin and Latin American underbelly!

Today China is dumping billions of dollars into the region. It is buying support as it upgrades the Panama Canal, deepens ports, and privatizes airports. These are just some of Beijing’s efforts to gain a stranglehold on U.S. trade.

As the Dominican Republic’s recent announcement proves, China can even buy foreign policy! It is all leading to an economic siege.

Here is an article by Mr. Flurry you must read. Titled “China Is Steering the World Toward War,” the article explains the economic siege in amazing detail. Notice the sobering warning:

Bible prophecy describes a time of “great tribulation”—an end-time period of suffering on a scale never experienced in human history (Matthew 24:21; Daniel 12:1). Many other scriptures show that the nations devastated the most will be America, Britain and the Jewish state of Israel.

In the past, we believed this Tribulation would begin when these three nations were attacked militarily. Ezekiel 4, however, describes the Tribulation as beginning with an economic siege against these nations.

But don’t think this means you will have to face this terrible fate. Mr. Flurry continued:

God says three times in Ezekiel 2:6, Be not afraid! Don’t be afraid! Be not afraid! The people of America, Britain and Judah should be very afraid if they refuse to repent. But God tells those who are doing His work that they must not give in to fear. There are reasons why people fear to deliver that message, but God commands us to do it! He promises to give us all the power we need—and to reward us for obeying Him no matter what happens!

The prophet Ezekiel had a lot of bad news to deliver, but also a lot of good news! The nations that besiege America are prophesied to turn on one another. And shortly thereafter, God promises to send His Son to wipe them both out. Nations won’t be bribed or coerced with money. Jesus Christ will establish God’s government and Kingdom over this Earth with power. And peace will ensue for you and me, and everyone on the planet.