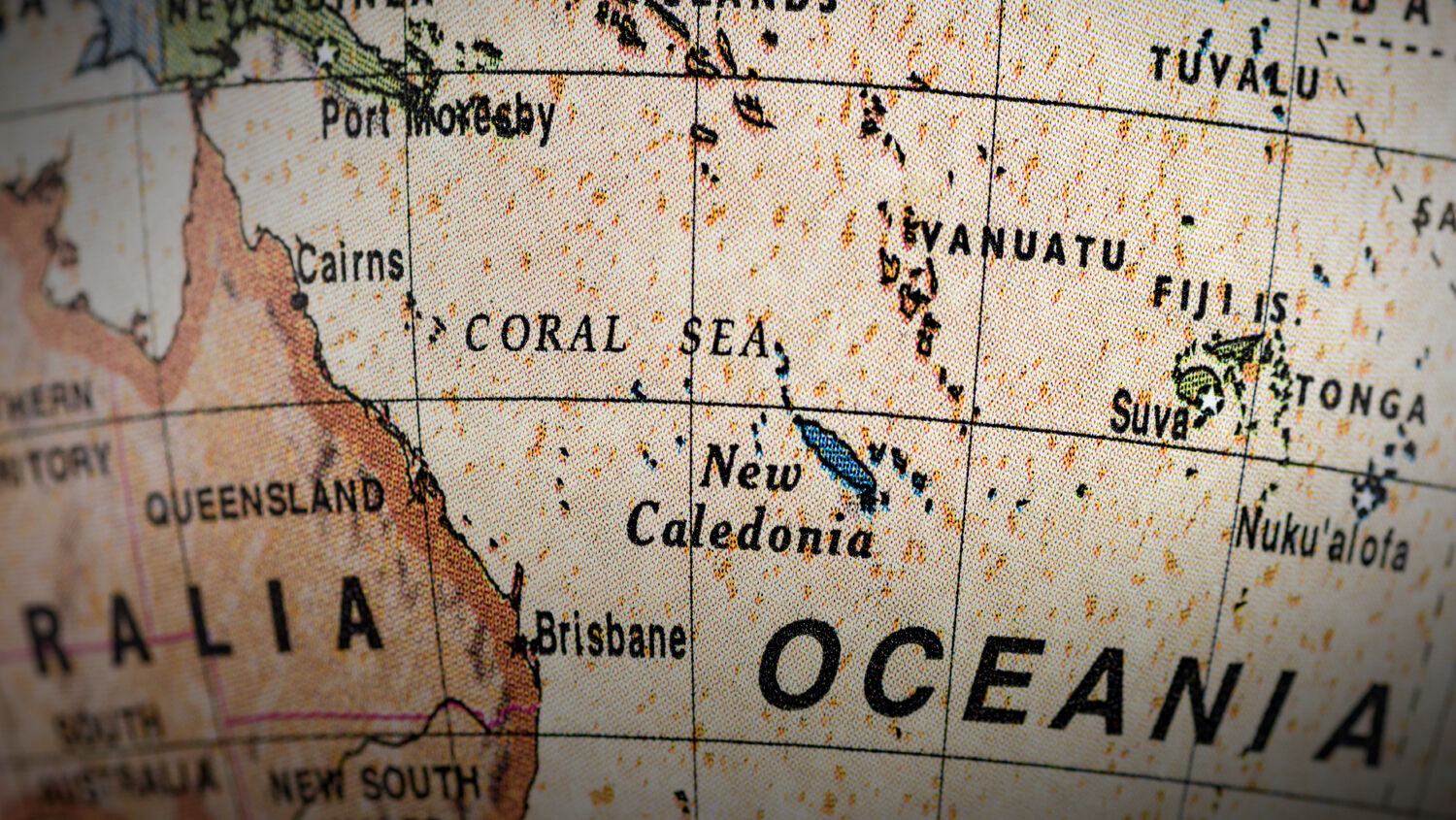 Media reports over the last week suggest that China is planning to establish its second foreign military base. Australia’s Fairfax Media, via the Sydney Morning Herald and the Age, reported April 9 on “preliminary discussions” between China and Vanuatu about “building a permanent military presence in the South Pacific in a globally significant move that could see the rising superpower sail warships on Australia’s doorstep.” Vanuatu is a South Pacific island, located northeast of Australia.

It seems that while nearly everyone is talking about these reports, everyone is also denying them.

“No one in the Vanuatu government has ever talked about a Chinese military base in Vanuatu of any sort,” Vanuatu Foreign Minister Ralph Regenvanu told abc radio program. Chinese Foreign Ministry spokesman Geng Shuang described Fairfax Media reports as “fake news.” Even Australian Foreign Minister Julie Bishop downplayed the reports, saying, “We have very good relations with Vanuatu and I remain confident that Australia is Vanuatu’s strategic partner of choice.”

Perhaps only time will tell the full truth. Fake news or not, why did these reports gain so much traction in the first place? Why would Australian Prime Minister Malcolm Turnbull say that he viewed “with great concern the establishment of any foreign military bases in those Pacific Island countries and neighbors of ours,” even after he accepted China’s denial? Why is Vanuatu’s foreign minister concerned that “the upsurge in the paranoia about China in Australia” could “destroy or denigrate the good relationship Vanuatu has with Australia”? Why is China “more engaged in the Pacific,” as Australia’s foreign minister acknowledged?

China is a major power to be reckoned with. It established its first foreign military base in the East African nation of Djibouti. Beijing benignly calls this facility a logistics “support base,” primarily, even though its Xinhua News Agency calls it a facility for “military cooperation, joint exercises, evacuating and protecting overseas Chinese and emergency rescue, as well as jointly maintaining security of international strategic seaways.” The Telegraph wrote that “observers see it as a key part of Beijing’s plans to expand its global reach through military might. … China’s base in Djibouti was established after Beijing nurtured deep investment links with the tiny nation.”

The same could be said for Vanuatu. China already owns more than half of the tiny island nation’s debt. Vanuatu’s opposition leader, Ishmael Kalsakau, told Fairfax Media that there’s a lack of transparency in some of China’s infrastructure loans and donations to the nation and some of its leaders. “No one’s questioning what the Chinese are getting out of this,” he said. He acknowledged that no Vanuatu government official would “in their right mind” allow China to establish a military base in their country, but he warned that its loan agreements for some of Vanuatu’s maritime facilities could contain debt-equity swap clauses that would allow China to possess the facilities if Vanuatu defaulted. Australia’s International Development Minister Concetta Fierravanti-Wells similarly cautioned, “We don’t know what the consequences are when [Pacific nations] have to pay back some of these Chinese loans.”

“There are several plausible reasons for China to want access or presence for its armed forces in the South Pacific,” wrote Prof. Rory Medcalf, the head of the National Security College at the Australian National University. Australia and its allies, he wrote, would need to be “deeply mindful that China has used ‘transnational’ security challenges—such as piracy in the Gulf of Aden or bad weather in the South China Sea—as cover for strategic presence.”

China might want to establish a military presence in the region to increase its security cooperation with South Pacific island nations and thereby compete directly with Australia and New Zealand—the bigger powers in the region. It also might want a foothold in the sparsely populated South Pacific for testing and tracking spacecraft or even testing missiles. China has tested nuclear-capable intercontinental ballistic missiles in this region before.

“[T]he most troubling implication for Australian interests is that a future naval or air base in Vanuatu would give China a foothold for operations to coerce Australia, outflank the U.S. and its base on U.S. territory at Guam, and collect intelligence in a regional security crisis,” wrote Professor Medcalf.

During the Cold War, the Soviet Union established economic ties with South Pacific islands such as Kiribati and Vanuatu. Those same ties allowed the Soviets vital intelligence gathering opportunities. During World War ii, the imperial army of Japan invaded the South Pacific island nations of New Guinea and the Solomon Islands. Vanuatu, New Zealand and Australia would have been next if Allied forces hadn’t fought back the Japanese—from Vanuatu.

[H]owever small the initial footprint, the establishment of a Chinese naval or air force presence in Vanuatu would be a negative turning point in Australian defense policy. … A Chinese military base in Vanuatu would mark an accumulative and long-term failure of bipartisan Australian policy, in terms consistently defined in every single Australian defense white paper as well as strategic guidance documents going back at least three decades ….

Whether or not the reports about China’s military ambitions in Vanuatu are true, Medcalf wrote, they are not groundless or paranoid. That’s because China is an aggressive superpower in the making. Australia and its chief ally, America, are declining world powers losing the geopolitical chess game. And as the Sydney Morning Herald wrote, Australia “needs to get very serious, very quickly, to counter this move by a master strategist.”

What China is doing, or allegedly doing, in Vanuatu shows how much of a superpower it’s becoming.

China is aggressively taking control of the sea gates in its region. As Trumpet editor in chief Gerald Flurry wrote in his article “China Is Steering the World Toward War”:

Ever since Xi Jinping took over as general secretary of the Communist Party of China, his administration has been militarizing the South China Sea and working to push the United States out of East Asia. In two island chains, the Paracels and the Spratlys, China is building a series of man-made islands, 800 miles from China’s shore. These islands are being installed with antiaircraft batteries and fighter jets are stationed on them.

The Spratly Islands are claimed by the Philippines, Malaysia, Taiwan and Vietnam. China is ignoring these nations’ territorial claims. China is being aggressive and provocative.

China’s deep ties to Vanuatu—even without a naval base—show that it is progressively reaching out further.

The Bible prophesies that China will use its sea gates to threaten world trade. It could cut off America, Australia and others from world trade. A push into Vanuatu ties in directly to these prophecies.

For more information, read “Why the Trumpet Watches the Rise of China as a Superpower.” It offers you a prophetic perspective about almost every major news report about China.