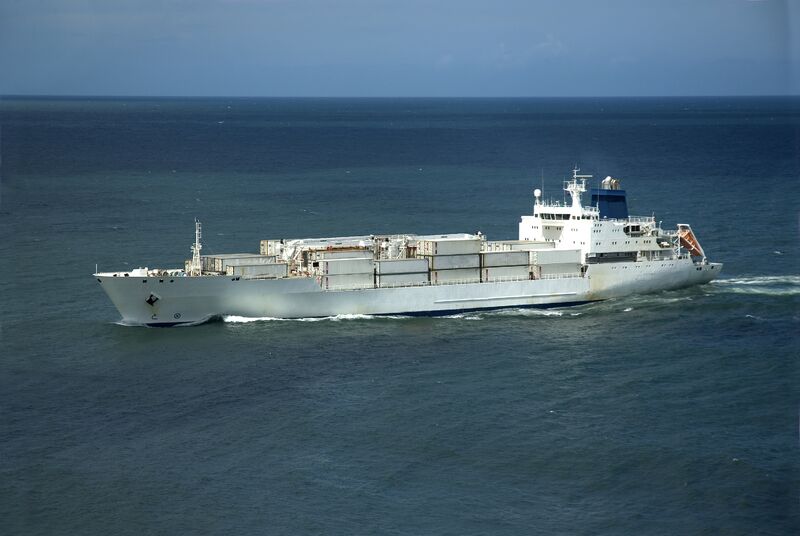 Barbados—Something interesting is happening within the Caribbean basin.

Located just southeast of the North American continent, the Caribbean was for centuries a convenient and strategic outpost of the Imperial era from the 15th to 20th centuries. During the 15th century, following Columbus’s return from his maiden voyage to the New World, a papal edict divided the newly discovered region between the Spanish and Portuguese. Columbus’s initial voyage across the Atlantic opened up for exploration the continent of South America with its promise of riches for the Spanish treasury, gold in particular. Spanish ships often made landfall on the scattered chain of the islands within the Caribbean en route to or from South America as they plundered that continent in search of the fabled El Dorado. However, during their dominance on the high seas and in the Caribbean basin, the Spanish did little to develop the islands lying within it.

In the 16th and 17th centuries, the French and British vied with the Spanish for control of the Caribbean, each establishing colonial outposts on various of its verdant and picturesque islands. Some Caribbean islands became host to each of the three competing nations in succession. Spain, France and Britain each gained possession of a number of its islands during this period. The British largely won out over the Spanish and French. The result was that the most strategically located and economically viable of the Caribbean Islands became part of Britain’s mercantile empire. The territories under British dominion became known as “The British West Indies.” These islands provided copious raw materials for processing during Britain’s Industrial Revolution. Agriculturally, Barbados led the trade in sugar, with plantation crops thriving in locations such as Trinidad and Tobago in addition to other islands within the chain.

In the 20th century, coal-fired steam power gave way to oil as the engine of British industry. The “black gold” discovered within the Caribbean Basin lent extra weight to Britain’s strategic possession of the key sea-gate region of the southern Caribbean. In fact, the Caribbean supplied most of the oil and related products that powered Britain’s military and industrial effort during World War ii.

By the mid-1960s, most of the Caribbean was decolonized. Since then, although British and American interests have continued to invest substantially in the region’s development, other nations have progressively moved to increase inward investment in the Caribbean.

The European Union has shown a particular interest in the area through the creation of caricom, a trading alliance designed to give preferential treatment in certain areas of common commercial interest between the EU and Caribbean economies.

However, what is of special interest to those who are aware of China’s long-term strategy to take over control of the world’s most strategic seaways is that the Chinese have moved, in recent years, to significantly penetrate the sea gateways to the south of the United States within the Caribbean.

With Panama, already under Chinese control, in the process of being upgraded to take larger vessels, and Freeport in the Bahamas having been developed in recent years by the Chinese into a massive container terminal, China is now moving to extend its Caribbean sea-gate control.

Of particular note is the transition taking place in Grenada. What the Communists failed to do during the 1970s revolution in Grenada, they are now achieving through Chinese involvement in ongoing reconstruction and development in that island nation. This has followed Grenada’s about-face from its historic recognition of Taiwan to its rejection of that nation in favor of greater financial incentives offered by mainland China. Oriental investment and expertise has since flooded into this island nation. Infrastructure redevelopment following Hurricane Rita last year has led to the Chinese becoming an increasing force in Grenada’s economy. As outlandish as it may seem, even the reconstruction of Grenada’s main cricket arena, in preparation for the Cricket World Cup in 2007, is being undertaken by China. Although the Chinese rate as world-class ping-pong players, they are really not known for their prowess at the British Commonwealth’s beloved game of cricket. Yet China was awarded the contract for this major reconstruction project, ahead of competing nations with long histories of involvement with the game.

In contrast, Germany has been active in port redevelopment in Grenada. This admixture of EU member nations and Chinese development is notable throughout the Caribbean and Latin America.

Two other situations indicate a rapidly developing change in the control of the global transshipment of goods featuring the EU and China as the main players.

The EU now boasts one of the largest maritime enterprises in the world in terms of container shipping. The Italian-owned Mediterranean Shipping Company (msc) ranked in 2002 as the world’s second-largest carrier in terms of container slot capacity and in the number of container vessels operating globally. It currently floats some 294 vessels calling on 215 ports worldwide. The main hub of the msc line is Antwerp, Belgium. Worthy of note, however, is that this EU-based enterprise recently bought a shared interest in China’s management of the Panama Canal! msc’s involvement specifically relates to the operation of the canal gate system through which the large oil tankers pass. We are currently watching for further moves and mergers between the EU, China and also an economically reviving Japan as these powers continue to overtake the Anglo-Americans historic dominance in global trade.

The other item of interest in this whole scenario is China’s move into the control of airports in addition to seaports. Most of the Chinese takeover of the world’s sea-gates has been via the front company Hutchinson Whampoa. It is significant that this outfit, declaring prime allegiance to the Communist Chinese government, purchased a controlling interest in the Grand Bahama International Airport, making it the largest privately owned airport in the world. It appears that Hutchinson Whampoa, having now largely sewn up global seaport control, is now intent on aggressively seeking increasing control of the movement of air cargo by raising its investment in strategically located airports that operate as major freight hubs. That this move by China has encountered no resistance from the U.S. or its allies is tantamount to their economic suicide! If China continues in this vein, either alone or, as with the msc deal, in consortium with the EU (with Japan more than a bit player), the prospect of these nations allying in a deliberate effort to frustrate Anglo-American trade, or to even threaten to close down the U.S. economy in any future time of conflict between the Anglo-American and the EU-Oriental trade blocs, will become a much more immediate, rather than a far-off future reality. Much of this is happening right now even right under America’s nose within its Caribbean basin and Latin American underbelly!

It does not take much imagination to project a future scenario within which global EU corporatism, allied to a rapidly rising China in possession of the world’s major sea-gates, supported by Japan with the second-greatest navy in the world, could, should it ever become strategically convenient for such an alliance to form in resistance to the Anglo-Americans, literally lay siege to those nations!

In fact, an analysis of current world events compared to the prophecies of Deuteronomy and Revelation indicates that this will be the case.

Note Revelation 18. Reference to verses 3, 11, 15 and 23 clearly indicates the high profile of the merchants associated with the great imperial power revealed to dominate the globe as Western civilization wanes. In addition to its political, military and spiritual dominance at the close of this age, this resurrected empire will be a global mercantile power. A review of Revelation 18:17-19 shows that shipping of goods via the world’s seaways is a vital aspect underpinning this rising empire’s brief hour of global dominance.

Today, the EU has increasingly powerful global mercantile clout as the world’s most significant and most rapidly expanding trade bloc. On the other hand, it is China that now dominates control of the world’s most strategic sea-gates, giving it future potential control of the global seaways access necessary for the trade and transshipment of goods internationally.

In the meantime, the long-awaited recovery of the Japanese economy appears to be progressing and the changing of its constitution to legitimize offensive naval, air and military operations in the offing.

All these events point to a future dramatic event that will affect the populations of every nation on Earth (Revelation 13:1-7).

Watch for a future tripartite alliance between a German-dominated European superpower, China and Japan which will one day have the combined potential to not only lay siege to the dollar, but will join to lay siege to the Anglo-Americans via a blockade of all shipping and air freight! The Bible actually prophesies that such a mind-boggling event will occur, concurrent with the impending collapse of Western civilization! Read it in Deuteronomy 28:52. If you don’t understand that prophecy’s application to you, then you probably do not understand the true identity of the nations of biblical Israel. Request a free copy of The United States and Britain in Prophecy and you will see that prophecy revealed in modern-day terms. Then keep watching for the increasingly rapid development of this rising, and very temporary, pan-European/Far East alliance. It is already substantially in the making!