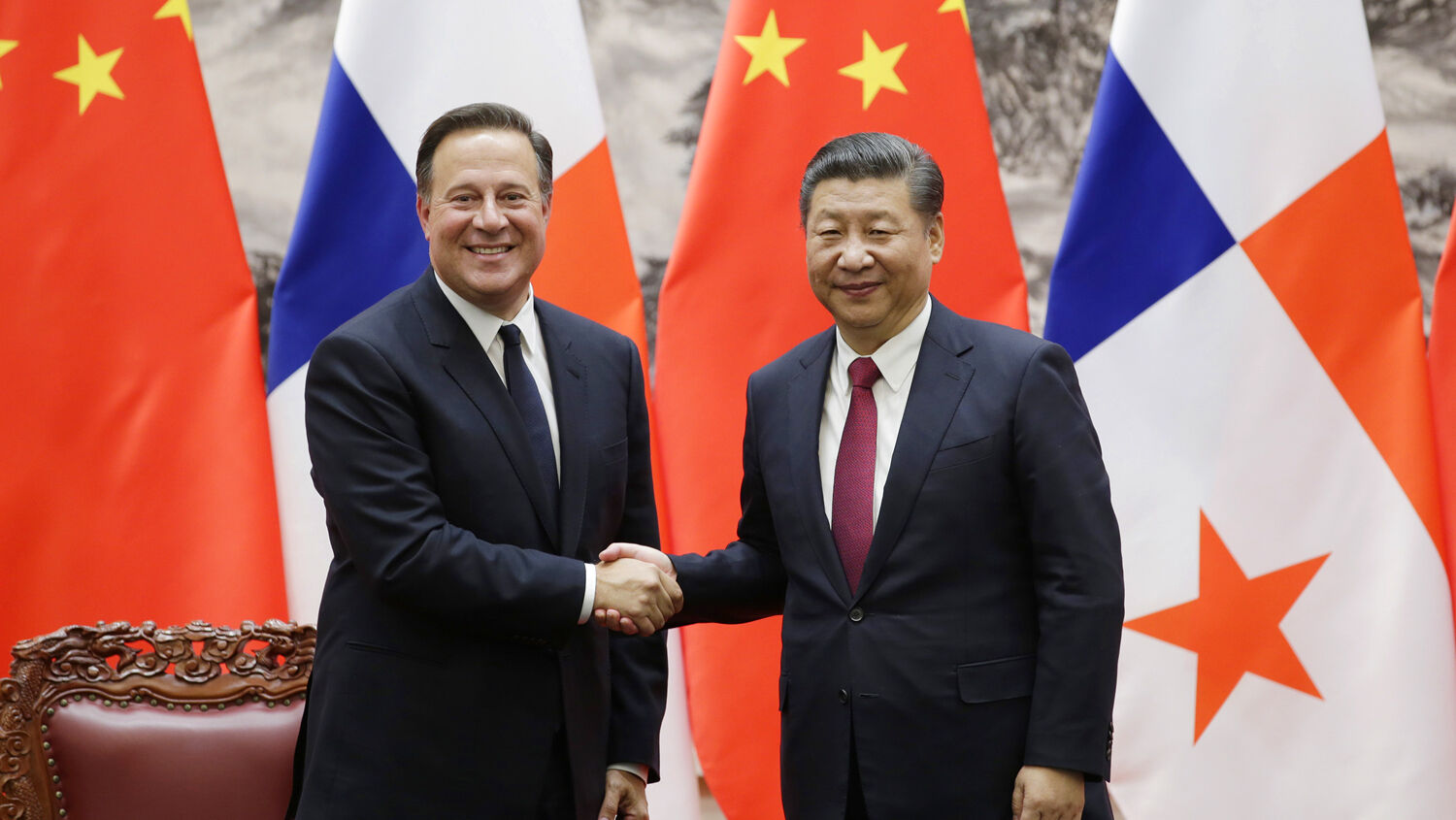 In June, Panama cut ties with Taiwan and established diplomatic relations with China. Five months later, on November 17, Chinese President Xi Jinping and Panamanian President Juan Carlos Varela met in China to celebrate the opening of Panama’s first embassy in Beijing. The embassy is a significant step toward strengthening the China-Panama relationship—a relationship that poses a major threat to the United States.

At the meeting, the two presidents signed 19 agreements, one of which includes plans for negotiating a free-trade agreement. China is already Panama’s second-largest source of imports.

China is also the second-biggest user of the Panama Canal, after the United States. A significant portion of the 13,000 to 14,000 ships that pass through the canal every year are Chinese vessels. This number may increase, since China and Panama signed a maritime transport agreement on November 17. The goal of this agreement was to “enhance the cooperation and development in moving commercial development between the two countries.”

On November 22, South China Morning Post predicted that the China-Panama friendship would create a surge in Chinese investment into the small Latin American country. By the end of last year, China had spent $1.3 billion on contracted projects in Panama. It has also begun building ports near the canal for Chinese cruise ships.

The Post reported that “China, with its huge economic clout, has steadily sought to lure away the dwindling number of countries that maintain diplomatic ties with the island [of Taiwan].” Panama is its latest conquest. During the November 17 meeting, Varela declared his support for the one-China policy—a major move away from his previous stance.

However, China’s interest in Panama goes far beyond isolating Taiwan. Panama—and more specifically, the Panama Canal—is China’s “most strategic prize” in Latin America. It is one of the most important sea gates in the world. If China controls the Panama Canal, it can easily use it as a choke point to strangle the U.S. economy. It would pose a major threat to United States security.

In the January 2000 Trumpet, editor in chief Gerald Flurry wrote an article titled “The Rise and Fall of a Superpower.” He explained that giving away the Panama Canal was one of the worst strategic decisions the U.S. has ever made:

Panama is, by far, of the greatest strategic importance to the U.S. It is the gateway controlling access to and from the two greatest oceans—the Atlantic and the Pacific. This great sea gate has for almost 85 years controlled more of the flow of goods by sea from the Eastern to the Western Hemisphere and from the West to the East.

This sea gate was—and is—hugely important to the U.S. for economic, security and military reasons. Mr. Flurry referenced an Oct. 5, 1965 article from the Los Angeles Times that stated, “The Panama Canal stands as one of America’s foremost symbols of greatness and power. Our ‘pride’ is largely Panama.” However, the U.S. gave up this “foremost [symbol] of greatness and power” without a fight.

Mr. Flurry said: “I predict—based on history and the Bible—that the Panama Canal area will be a great curse to America in the near future. And that curse has already begun!”

This is where China comes in, as he wrote:

Through an underhanded deal struck by a money-grasping Panamanian government and the giant Hong Kong-based Hutchinson Whampoa conglomerate, control of the Panama Canal virtually went to a declared enemy of the U.S. at the canal’s handover.

The Panamanian government sold two prime U.S.-built port facilities to a Chinese company, which many say operates as a front for the Chinese Communist Party. The 50-year contract between Panama and Hutchinson Whampoa effectively places the ability to open and shut this great sea gate into the hands of an enterprise based in, and subject to, the influence and direction of Communist China. Not only has Hutchinson Whampoa been granted full control over the ports at both entry and exit points of the Canal, the Panamanian government has granted long-term options to this Chinese enterprise for the takeover of a number of military installations scheduled for evacuation by the U.S.

Any student of military strategy should see the startling possibilities which are opened up by such a deal. At 12 noon, Dec. 31, 1999, an enterprise of China, the nation possessing the world’s largest army, which is aggressively expanding its navy and air force, took control of the major sea-transit gateway between East and West. In effect, this gave Red China the power to deny the U.S. Navy right of access through the Panama Canal. Transit of military material, personnel and provisions via the canal was crucial to the U.S. strategic efforts during World War ii, [and the wars in] Korea, Vietnam and the Persian Gulf.

It is feasible that this secret, illegal deal between Panama and the Chinese will open up a base for Chinese warships, submarines and bombers only 900 miles from Miami. Should the Red Chinese choose to base their J-11 attack jets in Panama, ostensibly to promote the “security” of the Canal, this would place them within striking distance of the U.S. mainland. The potential threat to U.S. and world security posed by the Panama-China deal is difficult to fathom!

That article was written 17 years ago. Since that time, China and Panama have become increasingly close. The last few months have marked some of the most significant changes in the relations between these two nations, and the U.S. is too weak to stop it.

Mr. Flurry referenced Leviticus 26:19, where God prophesied, “I will break the pride of your power.” Panama is a major sea gate that helped bring the U.S. to the height of its power. Now America’s pride in its power is broken. Panama is vital to American national security, but Americans are unable to prevent China from progressively taking it over.

As Mr. Flurry wrote at the end of that article, “How long must God curse us before we awaken? That is the big question each one of us must answer. The decision is in our hands—nationally and individually.”

To learn more about the importance of the Panama Canal and why China seeks to strengthen its ties with the country, read Gerald Flurry’s article “The Rise and Fall of a Superpower.”