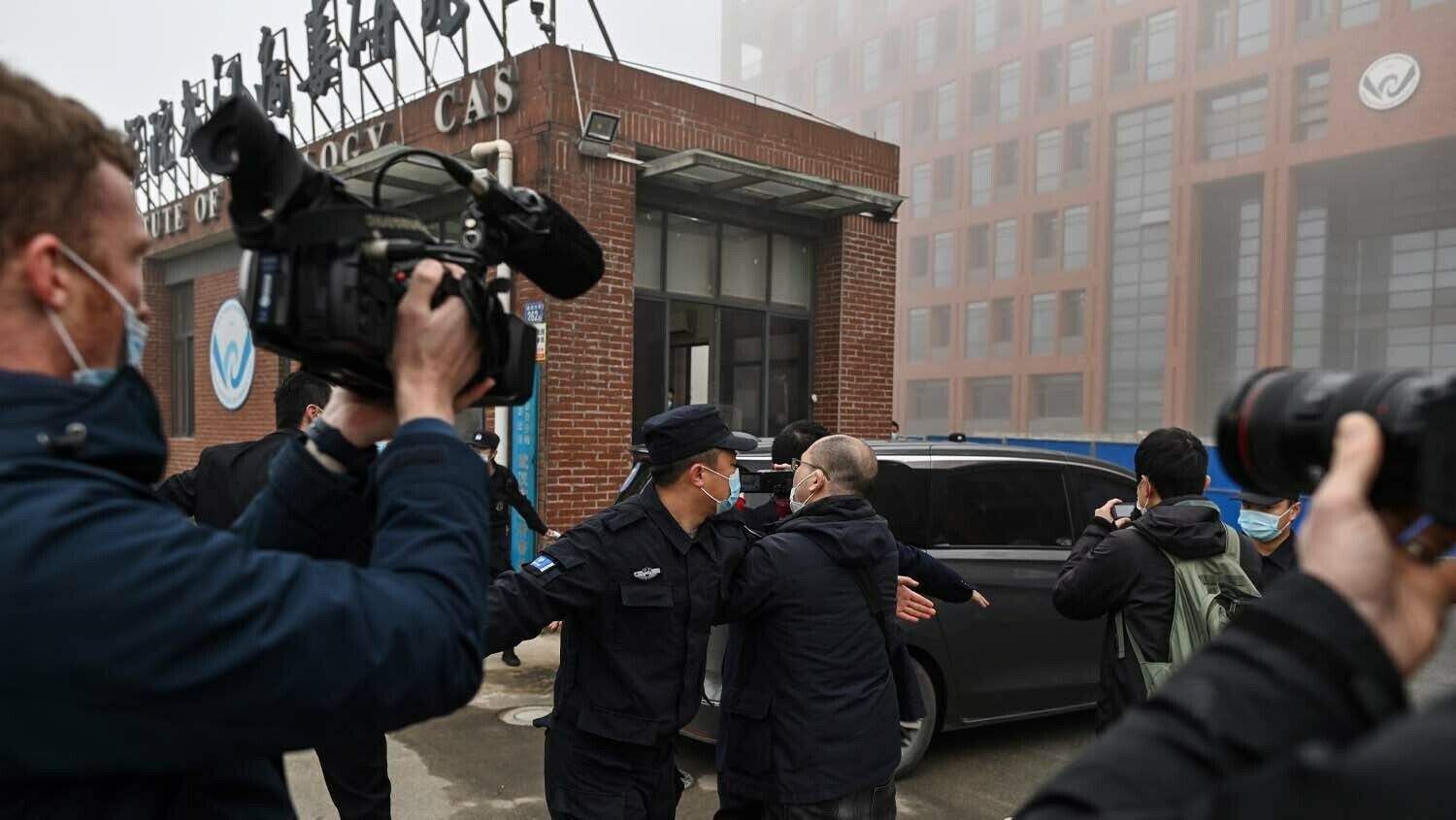 Members of the World Health Organization team investigating the origins of covid-19 arrive at the Wuhan Institute of Virology on Feb. 3, 2021.
HECTOR RETAMAL/AFP/Getty Images

Why are the West’s health experts covering for China?

The origins of covid-19 are extremely controversial. More and more evidence is emerging that the most likely origin was a leak—accidental or deliberate—from the Wuhan Institute of Virology in Wuhan, China. Recently released e-mails from health authorities in the United States and Britain suggest some authorities accepted the lab-leak theory as probable early on in the pandemic.

The U.S. House of Representatives released the heavily redacted e-mails on January 11 as part of a letter to U.S. Secretary of Health and Human Services Xavier Becerra.

Sir Jeremy Farrar, the director of Britain’s Wellcome Trust (a health-care charity), sent an e-mail to Dr. Francis Collins, then head of America’s National Institutes of Health, on Feb. 2, 2020. Farrar said the idea of covid-19 being a man-made disease engineered “for rapid transmission between humans” was “a likely explanation.”

Farrar then summarized the opinions of other leading scientists at the time. One of them was Dr. Robert Garry, a microbiologist at the University of Texas. “I really can’t think of a plausible natural scenario where you get from the bat virus or one very similar to it to [the covid-19 virus],” his summary of Dr. Garry’s findings read. “I just can’t figure out how this gets accomplished in nature.”

Collins’s response to Farrar’s e-mail is heavily redacted. He does state that he was leaning toward a natural origin for covid-19. But this statement stands out: “I share your view that a swift convening of experts in a confidence-inspiring framework is needed or the voicers of conspiracy will quickly dominate, doing great potential harm to science and international harmony.”

Dutch virologist Ron Fouchier, meanwhile, sent an e-mail stating “further debate about such accusations would … do unnecessary harm to science in general and science in China in particular.”

These are undoubtedly veiled references to the lab-leak theory. At the outset of the covid-19 crisis, many figures in high places claimed that a lab leak was unscientific. They said the most likely cause was a natural mutation from some animal. Some even claimed that blaming China for the pandemic was racist.

These e-mails show an ulterior motive. Collins and other figures wanted the lab-leak theory snuffed out to protect “international harmony” and “science in China.” In other words, they didn’t want to offend Beijing.

Plenty of evidence has been around for well over a year to corroborate the lab-leak theory. (You can learn more by reading “Is COVID-19 a Chinese Bioweapon” and “Wuhan Virus Lab Had ‘All the Genes to Make a Coronavirus’ Since at Least 2017.”) Such evidence was branded as part of a wacky conspiracy theory. Yet the real conspiracy apparently was to protect China.

Over 5 million people have been listed as dying from covid-19 (though the actual number is disputed). The virus has shut down the global economy. It was not a minor crisis. Yet many of America’s and Britain’s top scientists were covering up the probable source of it all.

And they still are.

Farrar gave a webinar on February 3 with the Royal Society of Medicine. He said he believed “overwhelmingly” that covid-19 formed naturally. And he blamed the lab-leak theory for any future pandemics that might arise. “I think we are now very, very vulnerable to further animal viruses coming across [into people] because we have no international cooperation going on in terms of identifying animal viruses that would be a threat to humanity,” he said. “I believe we shut that door in January and February of 2020 [with the lab-leak debate]. And as a result, I’m afraid we’re at greater risk today than we’ve been throughout my professional career.”

The Wellcome Trust is one of Britain’s most influential nongovernmental institutions. It has an investment portfolio of over $51.5 billion. It funds research in infectious diseases and mental health. As head of such an institution, Farrar is automatically considered an authority. And this authority is telling people to stop blaming China for the virus, even though a Chinese lab is the likely origin. Why is everybody so eager to defend China?

China is one of the West’s biggest competitors. It is currently threatening war with Taiwan. It sponsors volatile and nuclear North Korea. It is annexing islands in the South China Sea, threatening global trade. By some counts, it has replaced America as the world’s largest economy. Yet people like Farrar and Collins want to shield it from international criticism.

Covering up the lab leak isn’t the only instance of China manipulating American government workers.

“Recent reports … expose China’s achievements in matching these overt actions with covert operations,” we wrote in the February 2021 Trumpet issue. “They expose how members of the Chinese Communist Party have surreptitiously infiltrated foreign entities, working in academia, major corporations and governments around the world. They reveal Chinese spies seducing high-placed government officials with money and sex. They show American federal representatives using their entrusted power for political, personal and financial benefit. They show election interference and literal election hacking. And all this against the backdrop of a world-changing virus unleashed on the world from China.”

The e-mail leak shows that this infiltration may be deeper than many realize. It shows a willingness of America’s and Britain’s trusted health authorities to cover for China from the earliest days of the pandemic.

To learn more, please read “Wake Up to the Threat From China.”