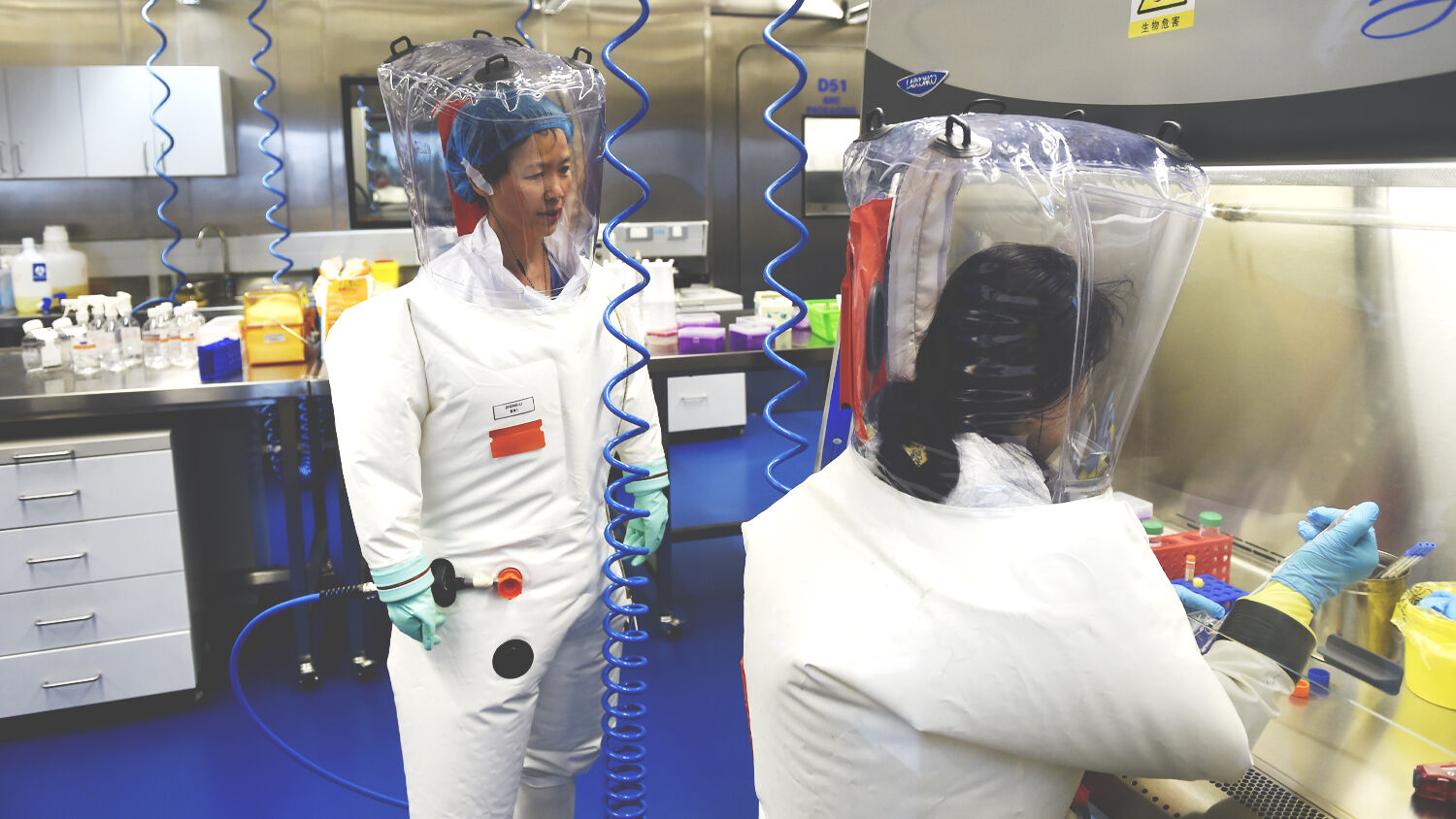 Virologist Shi Zheng-li, left, works with her colleague in the P4 lab of Wuhan Institute of Virology in Wuhan.
Feature China/Barcroft Media/Getty Images

More evidence implicating the Chinese government in the covid-19 pandemic

A report indicates the Wuhan Institute of Virology undertook serious research into bat coronaviruses years before the outbreak of the covid-19 pandemic. According to an article from ScienceNews, institute scientist and bat coronavirus specialist Shi Zhengli reported the results of a five-year survey of bat coronaviruses in 2017. Its findings have startling parallels with the current pandemic.

Shi and her associates collected samples of 11 different coronaviruses related to severe acute respiratory syndrome (sars). sars is an infamous epidemic originating in China in 2003. They analyzed the genetic makeup of the viruses to learn more about the original sars virus. Their research found “all the genes to make a sars coronavirus similar to the [2003] epidemic strain,” said Shi.

The viruses were collected from horseshoe bats. According to the article, the viruses sampled have more similarities with human-transmissible coronaviruses than other viruses found from bats. The team’s experiments even found some of the strains capable of growing within human cells. Matthew Frieman, a virologist associated with the project, said, “[T]here’s a chance that the viruses that exist in these bats could jump to people.”

“Whether they will or not is anybody’s guess,” said Frieman.

The article was available on the Wuhan Institute of Virology’s website, but it has since been removed.

Also in 2017, Shi copublished the results of an experiment in which her group created a hybrid coronavirus by combining elements from 11 that were sampled. This included one virus known to infect humans.

Since the covid-19 pandemic started, there have been suspicions that the institute had a role to play in it. The Trumpet has been writing about that since March of last year. The official narrative used to be that the virus jumped from animal to human at the Wuhan wet market—just nine miles away from the Institute of Virology. This theory has since been debunked.

Yet the wiv and the Chinese government continue to brand the “lab leak” idea as a baseless conspiracy theory. In correspondence with the New York Times, Shi claimed “there is no evidence” that covid-19 came from the Wuhan Institute of Virology. She called the idea “speculation rooted in utter distrust.”

Documents like her report and the ScienceNews article show that the idea is more than speculation. Add to that the contents of a 2015 Chinese military handbook that has rules on using bioweapons startlingly similar to circumstances surrounding the covid-19 pandemic.

As more and more evidence surfaces, it points to China and the Wuhan Institute of Virology. It implicates China in preparing for something like the covid-19 pandemic years in advance, both scientifically and strategically.

Despite this, Beijing is extremely secretive about cooperating with scientists in tracking down the origins of the virus. Patient Zero, who worked for the Wuhan institute and didn’t visit the wet market, has since gone missing. The Chinese government forbade media to visit caves where bat coronaviruses were first sampled. It also put up a lot of red tape limiting investigations by the World Health Organization.

But other evidence implicates another government in the start of the covid-19 pandemic.

Modifying a virus to increase its transmissibility to humans is called “gain-of-function research.” Gain of function is a more technical-sounding name for bioweapon creation. The Wuhan Institute of Virology, which has collaborated with the Chinese military, is known for its gain-of-function studies.

And some of its funding came from the United States government. One of the men involved in funding the institute is Dr. Anthony Fauci, the current chief medical adviser to the U.S. president.

That sounds like, at the very least, a conflict of interest. Dr. Fauci sponsored the institute responsible for creating the very virus he is supposed to protect America from.

It doesn’t stop with Dr. Fauci, however. There is a well-known public figure who has done a good job of staying out of the public eye, while being extremely active behind the scenes in the handling of the covid-19 pandemic and a lot more.

To learn more, please read “The Obama Virus.” Also request a free copy of Trumpet editor in chief Gerald Flurry’s booklet America Under Attack. This booklet exposes the root cause of the problems America is facing today.