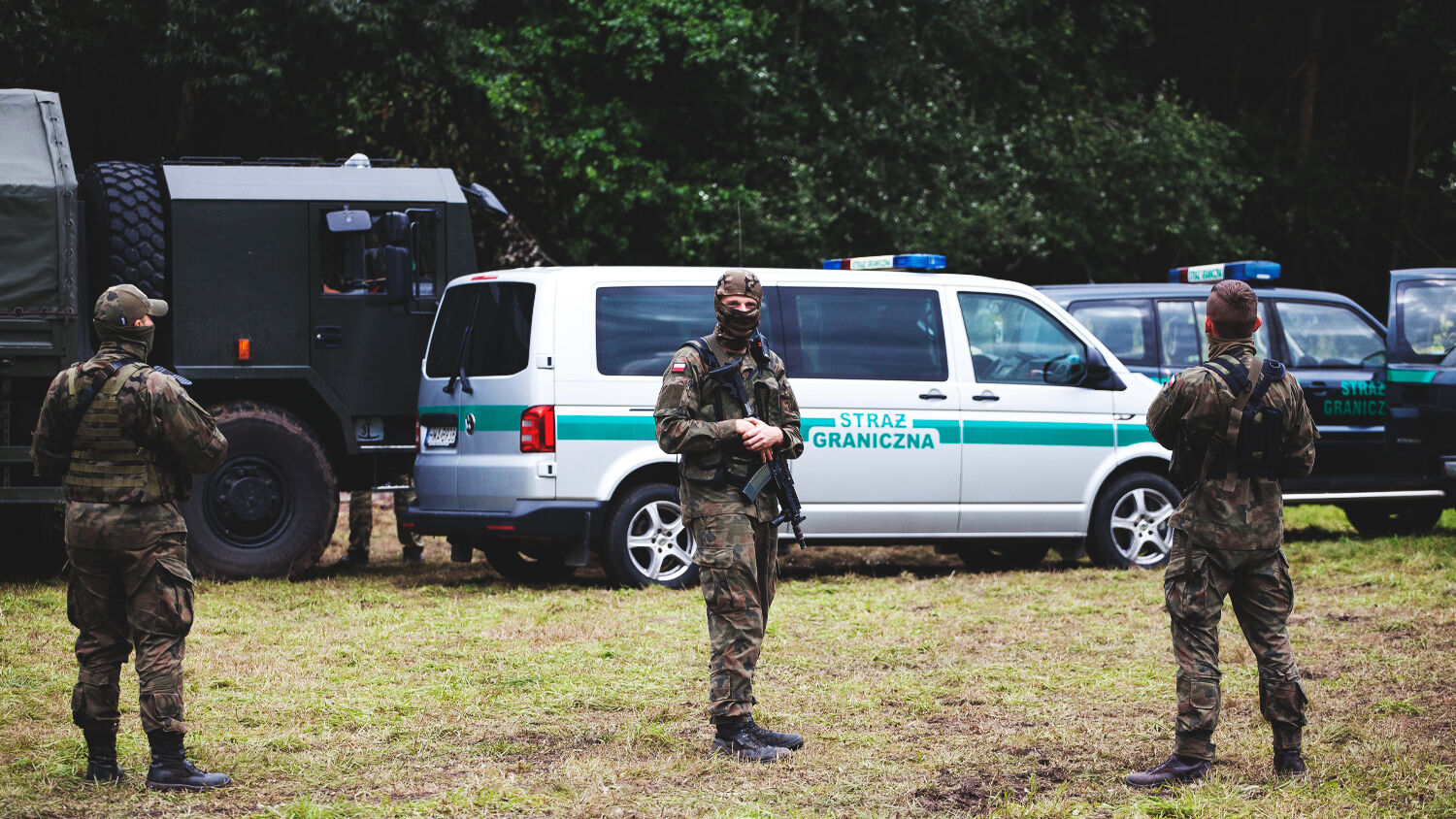 Another crisis to help forge Europe?

For months, Belarussian President Alexander Lukashenko has been attacking the European Union through migrant warfare. He has been bringing migrants to Belarus on direct flights from their countries, and then sending them across the border.

Belarus is extremely isolated politically. It has no seacoast and is stuck in a time warp of Soviet-era infrastructure and administration. To keep its economy afloat, it has to trade with its wealthier neighbors Russia and the EU. But Brussels has been slapping Belarus with tough economic sanctions over its disputed 2020 election and skyjacking of an EU flight.

A small, poor country like Belarus has few weapons in its arsenal to retaliate. So Lukashenko had to go hunting. And he found a weapon that hits the EU hard.

Lukashenko threatened in May to inundate the EU with “drugs and migrants.”

“We will not hold anyone back,” he said in July. “We are not their final destination. … They are headed to enlightened warm, cozy Europe.”

He invited flights from Iraq to Belarus and gave those Iraqis Belarussian tourist visas. The military then escorted them to the EU border, usually Lithuania’s. More than 4,000 migrants from Iraq and Africa have entered Lithuania this year. Lithuania has less than 3 million residents.

The Belarussian military apparently is even trucking migrants to the border with Poland in a daily drop-off. Polish border guards have detained over 500 migrants crossing from Belarus between August 2 and August 9.

“Belarus is not using me,” said Tamar Heydar, an Iraqi migrant in Lithuania. “I’m using Belarus; I can say that. If there’s a chance to go to a safe country, I will take it.”

Other migrants aren’t so appreciative of what Belarus is doing. Three Iraqi men told Balkan Insight that the Belarussian authorities beat them and destroyed their phones. Balkan Insight reported that the men “were adamant that they do not want to go back to Belarus.” This might be Lukashenko’s way of making sure the Iraqis don’t stick around.

The migrant waves have subsided for now, but Europe isn’t taking it lightly. Latvia, another country impacted, declared a state of emergency through November. This allows the military and police to help border guards tackle illegal migration; guards can also use physical force to send migrants back to Belarus. “The emergency regime means that the border between Latvia and Belarus will be practically closed to everybody,” Latvian Prime Minister Krisjanis Karins said.

Lithuania meanwhile is debating the installation of a 13-foot-tall, razor-wire-topped fence on its border with Belarus. European Commissioner Ylva Johansson endorsed the border wall plan.

It’s important to remember that Lukashenko isn’t acting alone. His country’s shaky economy wouldn’t survive without generous sponsorship from its neighbor, Russia. Russian President Vladimir Putin has pumped the equivalent of billions of dollars into the Belarussian economy through low-interest loans, energy subsidies and other means.

Putin’s sponsorship of Belarus is straining the Russian economy, so it might appear illogical. But Belarus’s unpredictable and autocratic regime causes a lot of problems for Europe. Russia could be using Belarus the same way China uses North Korea and Iran uses Gaza—as a proxy to attack the West without being immediately culpable.

Lukashenko would be wary to provoke the West if he thought Putin wouldn’t back his actions. Europe knows this.

And more and more are calling for Europe as a whole to stand up to this aggression. “We are closely coordinating with European partners on everything,” said German Chancellor Angela Merkel. “We will also try to take a common position because this hybrid kind of confrontation, as used by Belarus, is an attack on all of us in the European Union.”

German Finance Minister Olaf Scholz, who is hoping to replace Merkel as chancellor next month, said in an interview with Deutsche Welle: We need a new policy toward the east that revitalizes the principle of the [Organization for Security and Cooperation in Europe], but as a principle of the European Union. … I also say that Russia and other counties need to accept that European integration will continue. If we want to ensure joint security in Europe, then it’s about the European Union and Russia.”

Lithuanian President Gitanas Nauseda told the Washington Post that Belarus’s migrant warfare is an “attack on the democratic world.” “We have to stay united,” he said. “This is our advantage compared to dictatorships. Democratic countries are stronger if they are united. The European Union understands very well this is not only a hybrid attack against Lithuania, but this is also an attack against the European Union as a whole.”

It remains to be seen how the EU will respond to Belarus’s actions. Some have suggested sanctions, but sanctions provoked Lukashenko to launch migrant warfare in the first place. Brussels could try something different this time.

One of the EU’s founders, Jean Monnet, said, “Europe will be forged in crisis, and will be the sum of the solutions adopted for those crises.” The influx of migrants as well as aggression from Russia and Belarus are crises.

What will be the solutions adopted for these crises? And what will Europe look like once this “forging” is complete?

Europe today is a disunited mess. Brexit has demonstrated how fragile the EU is in its current state. The debt crisis showed how a small country like Greece could disrupt the economy of the whole union. The squabbles between liberal Western Europe and conservative Eastern Europe threaten to tear the EU apart.

The EU is, as theTrumpet.com managing editor Brad Macdonald writes in his free book, The Holy Roman Empire in Prophecy, “disordered, disunited and, increasingly, despondent.”

Will Europe remain this way?

We at the Trumpet don’t believe so. Mr. Macdonald writes:

Europe will unite and it will become a formidable global dynamo. The unity Europe attains will not be perfect; it will not come about easily or peacefully; and it certainly will not endure. But Europe is going to become a united superpower and a serious, daunting global power. The emergence of this new Europe will have far-reaching and dramatic consequences for us all.

Find out what those far-reaching consequences are by ordering a free copy of The Holy Roman Empire in Prophecy.