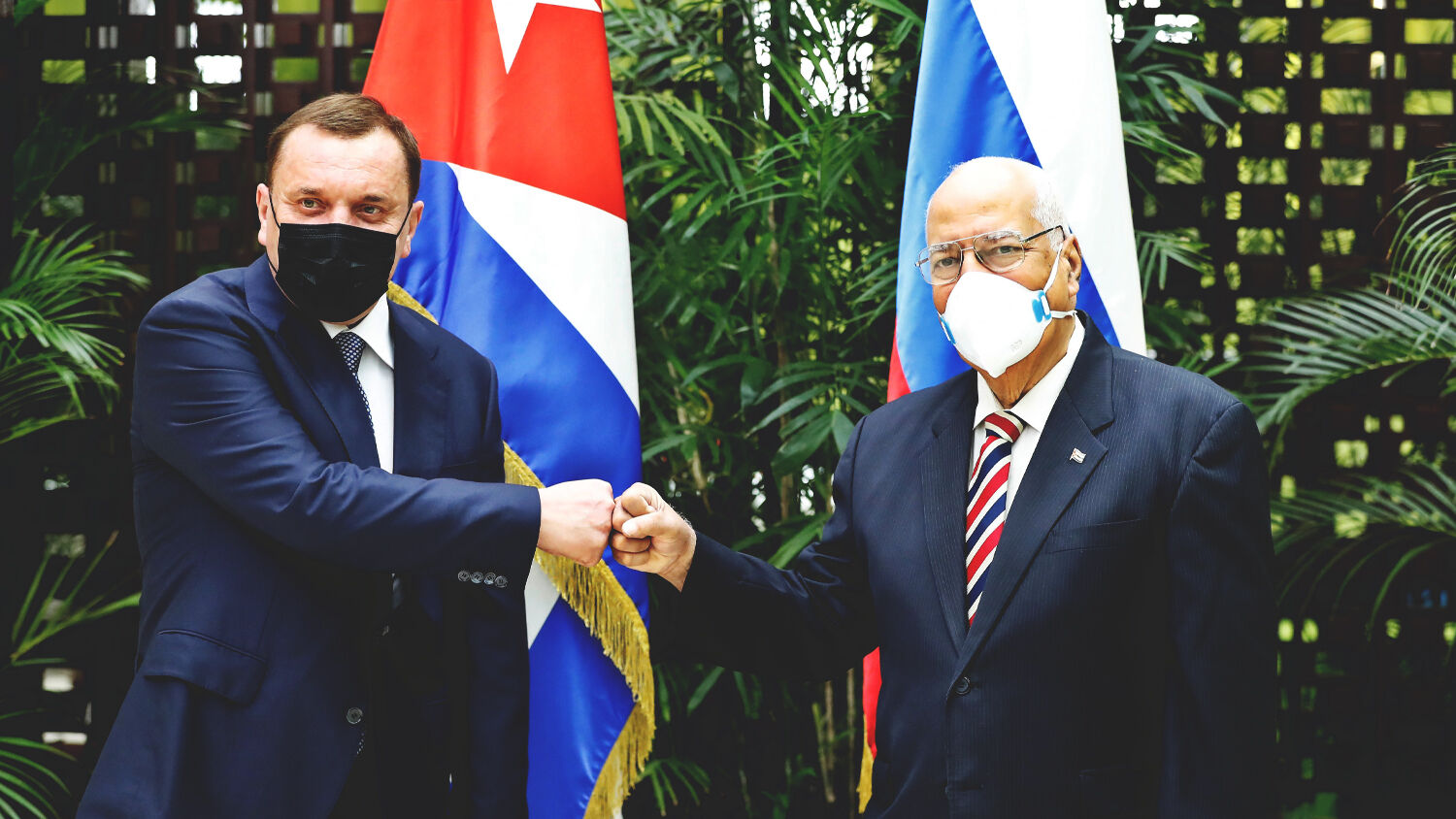 Russia has reemerged in Latin America and is determined to increase influence over unstable, anti-U.S. nations run by Communist or socialist governments. The proximity of these nations to the U.S. mainland should sound alarm bells in Washington.

A high-level Russian delegation toured the Caribbean this week, signing a raft of cooperation agreements with Venezuela and Cuba, in another indication of Moscow’s deepening influence in the periphery of the United States.

The delegation, led by Russian Deputy Prime Minister Yuri Borisov, traveled first to Caracas on March 30 to meet with Venezuelan President Nicolas Maduro. The two sides signed 12 major cooperation agreements covering a broad range of strategic areas, including energy, finance and military. A plan was also reached for Russia to supply Venezuela with its EpiVacCorona vaccine to supplement Sputnik v doses that have already been provided.

Maduro called the day “historic” and said it lifted Russia and Venezuela to “a new stage” in strategic relations. He said the two sides had also confirmed their determination to build a “multipolar world,” a term understood to describe a global order not mainly dominated by the U.S.

The next day, Borisov’s delegation arrived in Havana, Cuba, where they conducted the 18th Session of the Cuba-Russia Intergovernmental Commission. The two sides laid out a plan to increase cooperation in energy, trade, agriculture, heath, defense and communications.

“Cuba is our key partner and reliable ally in the region of Latin America and the Caribbean,” Borisov said. “We appreciate the strategic nature of Russian-Cuban interstate interaction based on the principles of friendship and mutual respect and not subject to the current external situation,” he said, in a reference to the U.S.’s blockade on Cuba.

The tour marks only the latest instance of Russia deepening its influence—and working to erode that of the U.S.—near America’s Caribbean shores.

In recent years, the Kremlin has docked its warships in Havana’s harbor and given Cuba $50 million to buy Russian military gear and modernize Havana’s state-run defense firms. It has also flown nuclear-capable bombers, a squadron of Russian soldiers and 38 tons of military equipment to Venezuela. And it has sold Nicaragua so many tanks, patrol boats, missile corvettes and light fighters that some 90 percent of Nicaragua’s weapons imports are now from Russia.

The pattern is undeniable. Russia has reemerged in Latin America and is determined to deepen relationships with unstable, anti-U.S. countries led by Communist or socialist governments. And the proximity of these increasingly Russia-aligned nations to the U.S. mainland should sound alarm bells in Washington.

The Trumpet discussed the perils of this trend in a March 2019 article titled “Preparing to Storm America’s Castle.” We wrote:

As disturbing as this scenario sounds, Bible prophecy shows that such a besiegement will soon happen.

Around 2,700 years ago, God inspired the Prophet Isaiah to write about a massive trade bloc that would be built in our lifetime: “a mart of nations” (Isaiah 23:3).

Verse 1 shows that a lead nation in this trade bloc would be “Chittim.” Trumpet editor in chief Gerald Flurry explains in his booklet Isaiah’s End-Time Vision that Chittim, or Kittim, is an ancient name referring to modern China. Another leading power in the trade bloc is “Tyre,” which Mr. Flurry explains designates “the commercial center” of modern Europe. A companion passage in Ezekiel 27 mentions ancient names for Russia (Tubal and Meshech), showing that Vladimir Putin’s Russia will also play a major role in this future “mart.”

“The Bible contains many prophecies of that European power attacking America—and many other prophecies of America being besieged,” Mr. Flurry writes. Europe will carry out this besiegement in tandem with the other countries associated with the “mart of nations” of Isaiah 23 and Ezekiel 27, including Russia. Mr. Flurry states, “All of them are going to besiege America, Britain and the Jewish nation.”

Mr. Flurry draws careful attention to the Latin American region, due primarily to its proximity to the United States. “Herbert Armstrong long prophesied, and we expect, the alliance between Europe and South America to grow extremely strong,” he writes. Europe already wields significant influence in parts of Latin America. And after Russia and China form a “brief alliance” with Europe, the power that Russia is now building in Venezuela, Cuba, Nicaragua and elsewhere in Latin America will translate into even greater European control over the region.

These are heavy prophecies, revealing that America and some of its allies will soon suffer major chaos. But Bible prophecy reveals that the “mart of nations” and the conflict associated with it are designed as loving correction from God, and that the time of chaos will be immediately followed by an age of unprecedented worldwide peace.

Christ will return to Earth and usher in an era of stability and prosperity for the peoples of Russia, Cuba, Venezuela, Nicaragua, the U.S. and all other countries. To understand more about these trends and the hope beyond, order your free copy of Mr. Flurry’s booklet Isaiah’s End-Time Vision.