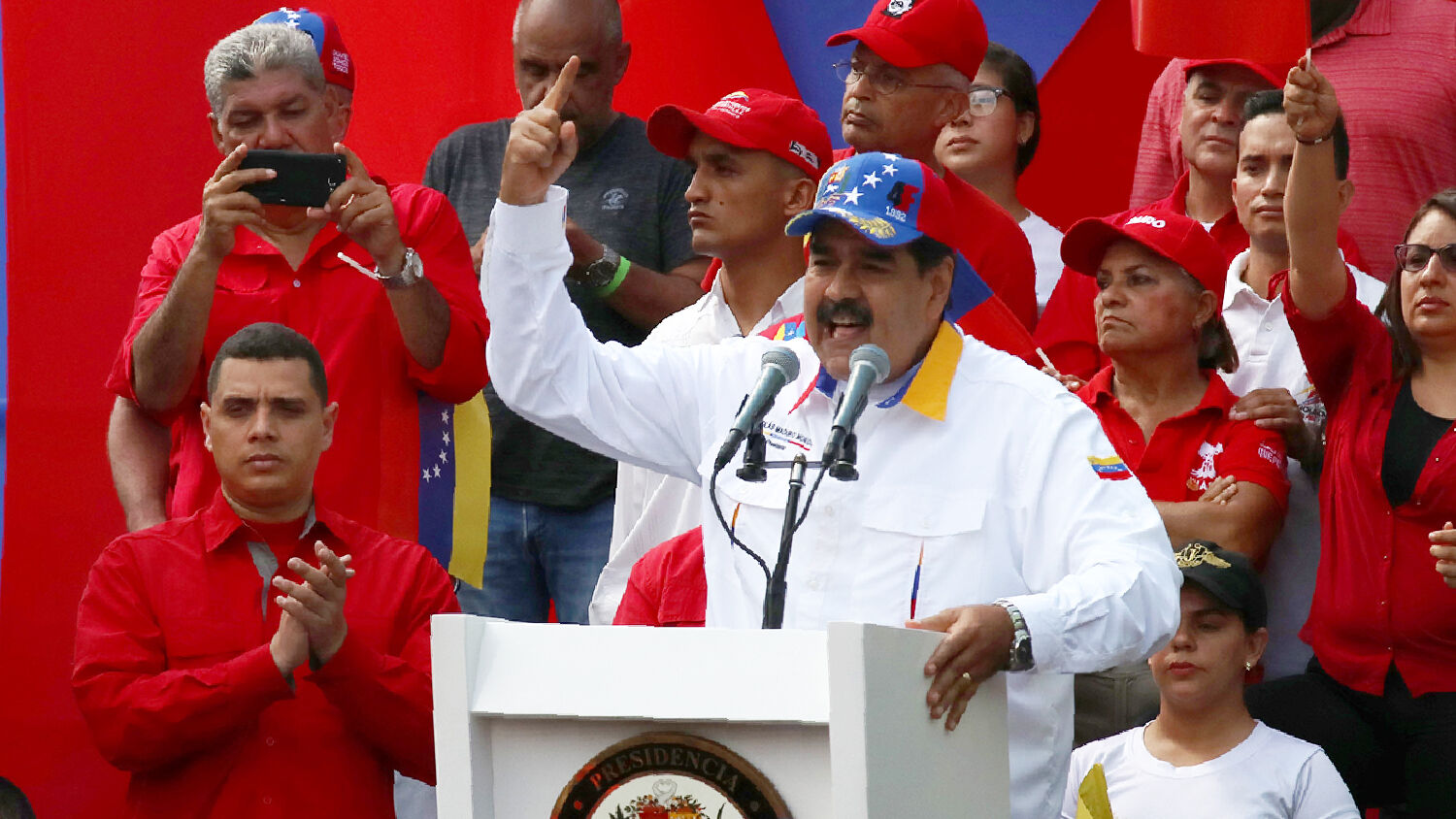 As the U.S. dithers over whether to intervene in crisis-torn Venezuela, the arrival of Russian forces has significantly strengthened the position of dictator Nicolás Maduro.

The move could prevent any external intervention by the U.S. or other powers and embolden the regime of Venezuelan President Nicolás Maduro to unleash a full-blown onslaught against his opposition.

Maduro came into power in 2013 after the death of his mentor Hugo Chávez. Under his leadership, Venezuela spiraled into its worst-ever economic crisis. Hyperinflation has rendered its currency nearly worthless. Basic goods have all but vanished. Law and order are collapsing into chaos. And more than 3 million people—7 percent of the country’s population—have fled the country, mainly on foot.

In January, after tens of thousands of Venezuelans protested Maduro’s rigging of an election that gave him another term, opposition leader Juan Guaido declared himself interim president.

The U.S. announced support for Guaido and called on Maduro to step down and for Venezuela’s military to abandon him. Canada and dozens of Latin American and European nations have taken the same position. “From today, we will spare no effort in helping all Venezuelans achieve freedom, prosperity and harmony,” Spanish Prime Minister Pedro Sánchez said in a February 4 statement of support for Guaido.

But Maduro maintains control of Venezuela’s military, as well as support from Russia, China, Turkey, Iran and a handful of smaller anti-Western countries. So he has resisted the demands to step down.

American leaders have focused on diplomatic and economic efforts to eject him, though U.S. President Donald Trump has said that “all options are on the table.”

But the Russian leadership has proclaimed its intention to block any attempts to oust Maduro. And in December, Moscow sent two nuclear-capable bombers to Venezuela for several days to demonstrate Russia’s backing. In January, Reuters reported that private Russian military contractors were in Caracas to protect Maduro. And now with a Russian “force on the ground,” the dictator’s position is considerably bolstered.

Any potential military intervention by the U.S. or other outside powers is now far more complicated because it could spark a proxy war with Russia. “It poses a major diplomatic and military upset for any U.S. plans to intervene on Guaido’s behalf,” Jamie Seidel wrote for News.com.au on March 25, adding that it “threatens to confound any international efforts to restore order to the collapsing country.”

For Russia, the move is less about supporting Maduro than it is about confronting U.S. influence and establishing a Russian military presence in America’s periphery. The Washington Examiner wrote on March 25: “[T]he real motive for Russian President Vladimir Putin seems to be what Russian and before them Soviet leaders have always relished: challenging U.S. authority in what Washington views as its own backyard. … Russia’s investment in the government of a failed state is likely to yield few if any long-term direct returns on investment. That makes this challenge to the U.S. the most plausible reason behind Moscow’s continued support for Maduro.”

For the people of Venezuela, Russia’s deployment of troops—and America’s refusal to use its power to reverse it—means the economic turmoil, humanitarian crisis, violence, looting and suffering will continue. It may also mean Maduro will now crack down on the opposition, possibly arresting Guaido.

For the U.S., this will not remain just another far-away calamity: It means America’s backyard—just across the Caribbean—is becoming a staging ground for a future besiegement on the country.

The Trumpet addressed this chilling future in a March article titled “Preparing to Storm America’s Castle.” We wrote:

As alarming as this sounds, Bible prophecy shows that such a besiegement will soon come to pass.

Around 2,700 years ago, God inspired the Prophet Isaiah to write about a gigantic trade alliance—“a mart of nations”—that would emerge in the end time (Isaiah 23:3).

Verse 1 shows that a lead nation in this trade bloc would be “Chittim.” Trumpet editor in chief Gerald Flurry explains in his booklet Isaiah’s End-Time Vision that Chittim, or Kittim, is an ancient name for modern China. Another leading member in the trade bloc is “Tyre,” which Mr. Flurry explains represents “the commercial center” of modern Europe. A related passage in Ezekiel 27 mentions ancient names for modern Russia (Tubal and Meshech), showing that it will also be a part of this future “mart.”

“The Bible contains many prophecies of that European power attacking America—and many other prophecies of America being besieged,” Mr. Flurry writes. Europe will wage this history-altering besiegement with the backing of the other countries associated with the “mart of nations” of Isaiah 23 and Ezekiel 27, including Russia. “All of them are going to besiege America, Britain and the Jewish nation,” he writes.

Mr. Flurry draws particular attention to the Latin American region, due largely to its geographic proximity to the United States. “Herbert Armstrong long prophesied, and we expect, the alliance between Europe and South America to grow extremely strong,” he writes. Europe already wields considerable influence in parts of Latin America. And once Russia and China enter into a “brief alliance” with Europe, the influence that Russia and China are now building in Venezuela and elsewhere in Latin America will translate into even greater European control over the region.

In “Preparing to Storm America’s Castle,” we explained what “gate” means in this context: “A gate is a narrow passage of entrance or exit. When speaking nationally, a sea gate is a narrow choke point like the Panama Canal, the Straits of Florida, the Windward Passage or the Yucatán Channel. God gave Britain and America these strategic gates and many others, ensuring that they would become economic and military superpowers. But God also warned that if America and Britain did not obey Him, then not only would these sea gates be taken away, but they would be used against them. This is about to happen.”

These are unsettling prophecies, revealing that America and some of its allies will soon suffer major catastrophe. But Bible prophecy shows that the “mart of nations” and the conflict associated with it are intended as correction from God, and that it will be immediately followed by an age of unprecedented worldwide peace. “[T]hat trading partnership won’t last long,” Mr. Flurry writes. “Soon they will clash, just before Jesus Christ returns and destroys both of them” (op cit).

Christ will return to Earth and usher in an era of stability and prosperity for the peoples of Venezuela, Russia, the U.S. and all other countries. To understand more about these trends and the hope that lies at their heart, order your free copy of Mr. Flurry’s booklet Isaiah’s End-Time Vision.