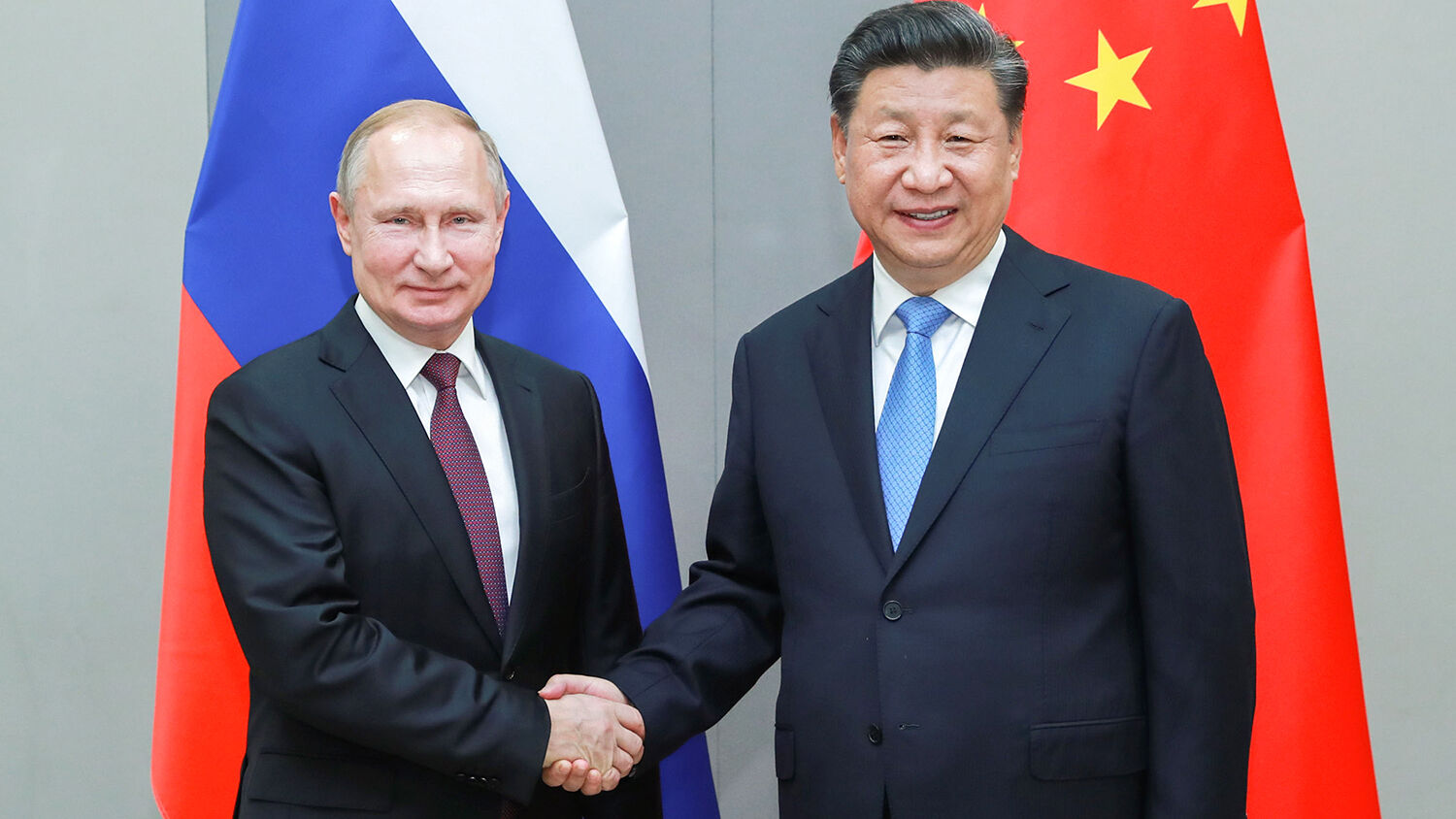 Their deepening political and economic cooperation will soon lead to a military alliance.

In a meeting with the Russian security council secretary on December 2, Chinese President Xi Jinping said that Russia and China are increasing cooperation to “safeguard their core interests and the common security” because “[t]he United States and some other Western countries have increased their interference in the internal affairs of China and Russia.” According to the South China Morning Post, these relations “are expanding beyond broader economic ties to deeper security cooperation” that may develop into “some form of military alliance.”

This was hours after President Xi was on a video conference with Russian President Vladimir Putin marking the opening of a $55 billion pipeline from Siberia to China, the latest manifestation of closer economic ties between the two nations. The deal is worth an estimated $400 billion and is the biggest contract in Russian state-run energy company Gazprom’s history.

Vladimir Putin and Xi Jinping supervised the opening of the #PowerofSiberia pipeline that energizes Russia-China ties and provides a physical link between two nations that are ideologically united in determination to challenge the U.S.-dominated order.https://t.co/fQrAhg4hyi

This is only the latest example of the growing economic partnership between Russia and China. It comes after recent rebukes by the U.S. against China for human rights abuses in Hong Kong. U.S. President Donald Trump signed into law a bill that supports Hong Kong protesters and could place sanctions on any officials deemed responsible for human rights abuses and undermining Hong Kong’s autonomy.

China’s human rights abuses in its western region of Xinjiang have seen the U.S. blacklist several of its companies. Its continued support of North Korea has also drawn sanctions on a slew of companies doing business with the country.

These are just a few of the many penal economic measures the U.S. has taken against China. The response from China has been consistently defiant, telling the U.S. to stop interfering in China’s internal affairs.

It has been a similar situation with U.S.-Russia relations. The United States has not relented in sanctions imposed on Russia after its illegal annexation of Crimea, interference with the 2016 U.S. presidential elections, and the nerve-agent attack on former Russia spy Sergei Skripal. President Trump has also signed an order that blocks institutions, such as the World Bank, from lending money to Russia. As a result, there has been a decline in Russian investment, access to technology, and economic growth. According to the International Monetary Fund, this could cause Russia’s economy to shrink by 10 percent.

Instead of taking these economic consequences as cue to change their course, however, Russia and China are trying to blunt the punitive measures by boosting their own mutually beneficial economic ties. Their “comprehensive strategic partnership” is designed partly to neutralize the punishments for their crimes. China is now Russia’s number one trade partner, displacing the United States. Sanctions excluding Russia from U.S. dollar-denominated markets have been offset by its relationship with China. As the U.S. tries to stop Iran from selling oil, Russia and China are helping Iran skirt those efforts. This is no accident.

As U.S. pressure on Russia grew with sanctions after Russia’s annexation of Crimea and a diplomatic effort to “isolate” Russia, China opened its arms. At every point the United States and Western Europeans imposed pain, China has offered comfort. …

When Russian or Chinese national security leaders think about current threats, the specter they see is the United States of America. They believe the United States is not only challenging their interests in Eastern Europe or the South China Sea, but is actively seeking to undermine their authoritarian regimes!

All of Russia and China’s actions—annexation of foreign lands, placing troops in disputed territories, cyberattacks on foreign powers, unlawful trade practices, and human rights abuses—are in the interest of building their power in order to topple the U.S.-dominated international order that has brought relative stability to the world for decades. They long to bring an end to that era, which is why both these nations view the U.S. as an enemy and why they are coming together closer than ever.

This is what the Trumpet and its predecessor, the Plain Truth magazine, have been proclaiming for decades! A December 1959 Plain Truth issue wrote:

Russia’s program is not to take Europe and to attack the United States, first. The Communist program, which our leaders should know, calls first for the seizure of Asia. Lenin wrote that the way to Paris, London and New York is via [Beijing] and Delhi! …

[P]art of the Communist plan [is] to place India and Pakistan in a giant vice between Russia and China. …

[China’s] constant dream for centuries has been ultimate world conquest! … China knows, however, that in this highly industrialized age she can accomplish this dream only as an ally of Russia. …

China is now ready to begin devouring the rest of Asia with Russia’s secret military backing.

This increasing level of collaboration has put Russia and China on the path to military alliance. Indeed, Russia has recently begun helping China with weapons defenses. The two nations have engaged in joint naval drills and exercises, while continuously growing their military capabilities. Artyom Lukin, a researcher at the University in Vladivostok, said this could be the beginning of a “de facto military alliance between Russia and China” as the only natural response to “the United States as their common adversary.”

In our booklet Russia and China in Prophecy, we write that Russia and China are working to “form a new alliance and counter American dominance of world affairs.” America’s dominance allows it to damage China’s economy in a trade war and place devastating sanctions on Russia. This has caused these nations to come together to combat and work toward ending America’s dominance for the purpose of establishing their own!

Russia and China in Prophecy continues:

[Russia and China] share common philosophies economically, politically and militarily—and both have a common enemy in the West. The way that China, for decades, counterbalanced Russia’s presence in Asia benefited the United States geopolitically. But that equation is changing as Russia and China march toward a military alliance. … Russian diplomats want to create a multipolar world, and they know that the most expedient way to do so is to cement relations with their closest neighbor to the south.

The Plain Truth and the Trumpet have been able to predict this alliance because of Bible prophecy. Ezekiel 38 speaks of a powerful Asian bloc of nations led by Russia, with China in a secondary position. Revelation 16:12 calls them “the kings of the east”—an end-time coalition with an army that numbers 200 million soldiers! This power bloc will usher in a period of violence and devastation unlike any before, “slaying the third part of men” (Revelation 9:15).

The wonderful news, however, is that this horrific time will be cut short by the return of Jesus Christ. Without His intervention, “there should be no flesh saved alive” (Matthew 24:22). But Christ will return in power and majesty to defeat the armies of men and replace the violence and despair with unparalleled peace and stability. For a full picture on this rising Asian power bloc and the hope beyond, request your free copy of Russia and China in Prophecy.