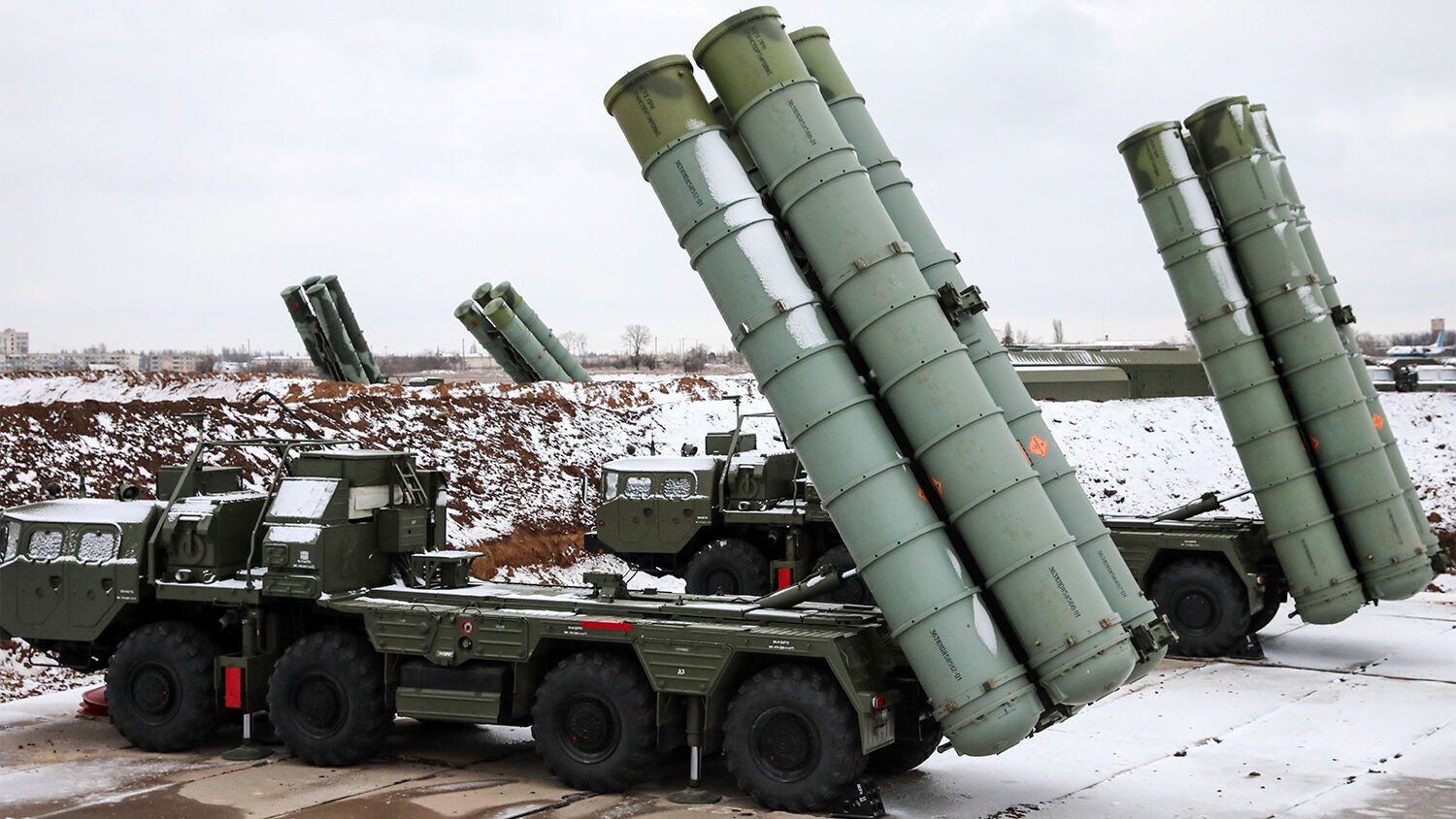 Russia has deployed additional aircraft, warships, troops and advanced missile systems to the Crimean Peninsula over the last 18 months, according to satellite imagery published by Defense One on June 12.

The images show that between January 2018 and April 2019, Russia deployed the additional weaponry and soldiers to four locations across Crimea. Russia’s military expansion on the peninsula, which includes improvements to Soviet-era bases, is “a deliberate and systematic buildup,” a U.S. intelligence official told Defense One. He said the deployment of five S-400 and five S-300 missile systems gives Russia the firepower to create an “anti-access area denial zone.”

The buildup also includes reinforcing Russia’s Black Sea Fleet based in Sevastopol, Crimea, with six Kilo-class attack submarines and four surface warships. All are able to launch Kalibr cruise missiles, which can hit targets up to 1,500 miles away. Defense One quoted a second U.S. intelligence official as saying these missiles empower the Black Sea Fleet to “strike targets beyond the Black Sea, including southern Europe and Syria, without even departing Sevastopol.”

The buildup over the last 18 months follows a pattern that began in 2014 when Russia illegally annexed Crimea from Ukraine. Since then, Russian President Vladimir Putin has doubled the number of soldiers on the peninsula to about 32,000 and has deployed 680 armored carriers and about 100 aircraft, including nuclear-capable Tupolev Tu-22M3 bombers.

“The scale is really quite something,” Jeffrey Lewis of the Middlebury Institute of International Studies told Defense One, saying that Crimea is now “bristling with missiles like a hedgehog.”

This puts the nato alliance, which consists mostly of European nations, “under increasing pressure from allies in the region to show that it’s able to push back against Russian attempts to gain greater control of the Black Sea,” Bidgood said. “To me, that’s a really dangerous environment.”

The “really dangerous environment” in Europe and Russia that is now becoming evident to Bidgood and other analysts was forecast by Trumpet editor in chief Gerald Flurry in 2014, shortly after Putin annexed Crimea.

In an article titled “The Crimean Crisis Is Reshaping Europe!”, Mr. Flurry discussed Bible prophecies recorded in the books of Daniel and Revelation. These prophecies reveal that a bloc of 10 European leaders will unite in the end time. They will form a military powerhouse that will unleash a huge amount of destruction in World War iii. Mr. Flurry emphasized that one of the factors that would pressure those European nations to lay aside their differences and unite is Russian aggression. He wrote:

In the five years since that article was written, Russia has become more aggressive, militaristic and provocative, including with its ongoing buildup on Europe’s doorstep: Crimea. The peninsula is now “bristling with missiles,” and Europeans are growing increasingly fearful.

Mr. Flurry makes plain that these developments will soon escalate into unprecedented worldwide conflict. But he emphasizes that there is cause for hope connected to these trends.

‘We Have to Realize That This Is All Good News’

Mr. Flurry explains the reason for hope in his booklet The Prophesied ‘Prince of Russia’:

For insight into what the future holds for Russia and Europe, and to understand the hope that is intimately tied to these developments, order your free copy of Mr. Flurry’s booklet The Prophesied ‘Prince of Russia.’