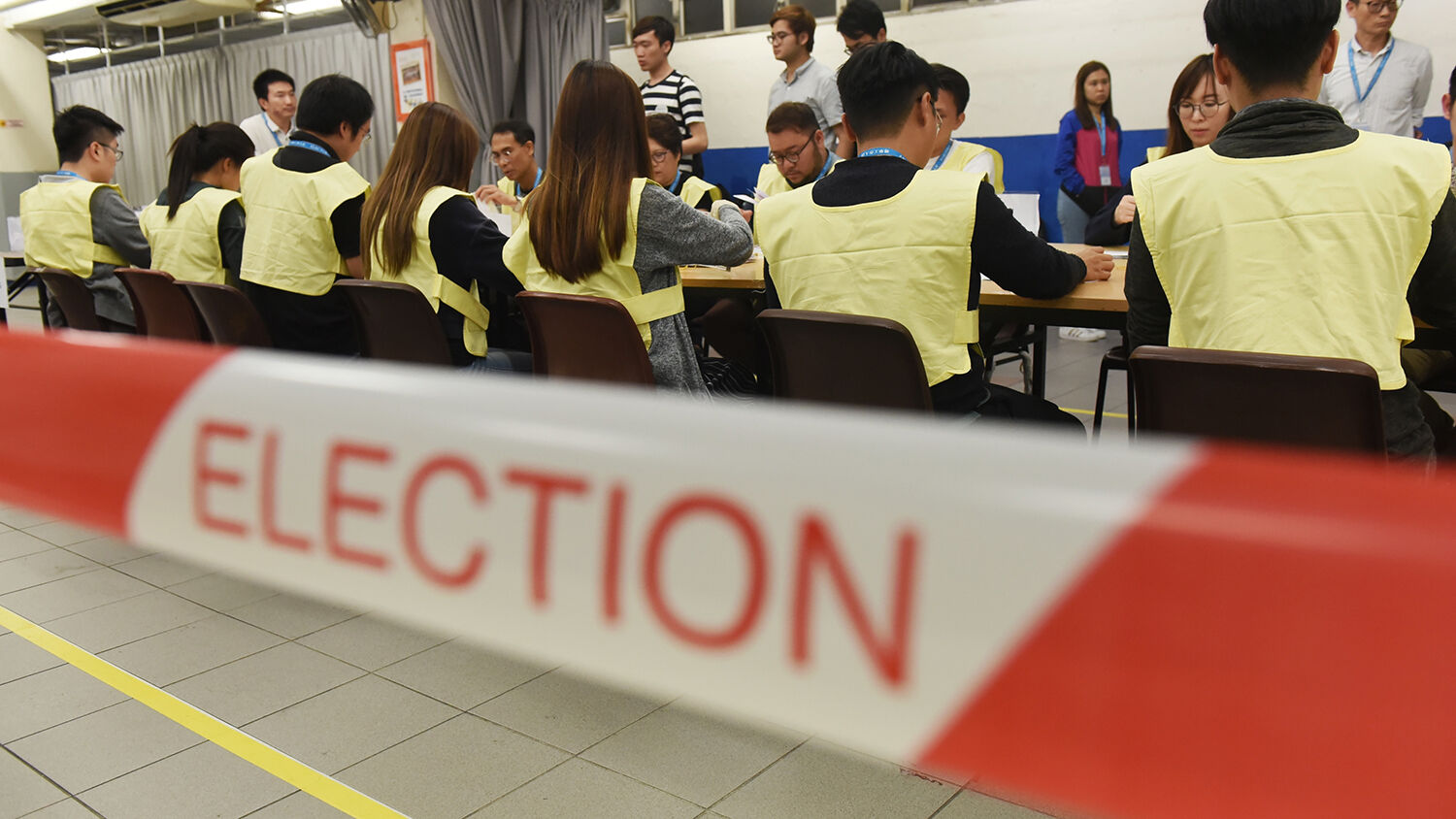 Pro-democracy candidates won the election by a landslide, but Bible prophecy indicates China will not allow that to stop its rise.

This election, though largely inconsequential in terms of altering the power structure and governmental subservience to China, was seen as a referendum by the people of Hong Kong on the government’s growing deference to China. It all started when the Hong Kong government proposed an extradition bill in June, which would have seen suspected fugitives and criminals extradited to other countries, including mainland China.

China has sought greater control over Hong Kong since Britain handed over its former colony in 1997 as a “special administrative region,” which would maintain “a high degree of economic, political and judicial autonomy” for at least 50 years. The extradition bill was therefore viewed as part of Beijing’s steady and premature encroachment into Hong Kong’s democracy and was met with widespread protests and demonstrations.

Consequently, although the bill was withdrawn, protests have continued throughout the year. Grievances surrounding police brutality and an electoral system that excludes the majority of the Hong Kong population have further fueled the fiery and increasingly violent protests. It is against this backdrop that these election results have shown the will of the people. However, the one constant amidst all the uncertainty and volatility has been the resolute and unyielding stance of the People’s Republic of China.

As pro-democracy candidates were set for a sweeping victory, Chinese Foreign Minister Wang Yi asserted that Hong Kong is a part of China “no matter what happens.” After the results came in, Chinese state media blamed election sabotage and foreign interference on the landslide pro-democracy victory.

This follows after China doubled its number of troops stationed in Hong Kong, as well as the recent China-backed crackdowns that have targeted protesters. Amid all the cries that “Hong Kong is not China,” Beijing has not wavered in its determination to control the region.

This is largely because China values Hong Kong as a “sea gate” from which it can exert control over the South China Sea, a highly valuable trade route through which a large percentage of the world’s maritime commerce flows. Trumpet editor in chief Gerald Flurry wrote in the July 2016 Trumpet issue:

A trade war often precedes a shooting war. That is what happened just before World War ii—especially so in Asia.

Since before the Korean War, China has had a strategy to establish a security buffer extending far from its coast and engulfing the entire South China Sea. Its current military buildup in the [region] is bringing China closer to realizing this strategy. … Whoever controls these vital sea gates controls one third of the world’s maritime commerce.

China is resolute in the face of the election results, protests and demonstrations, because it is determined to control the South China Sea. This trade route was once under British and American control, but with the British handover and gradual American retreat, China has increasingly asserted its authority in the region. Hong Kong and the South China Sea are now firmly in the hands of Communist China.

The decline of Anglo-America and rise of China was prophesied in what Bible prophecy calls the “times of the gentiles” (Luke 21:24).

In his article “What Are the Times of the Gentiles?” Mr. Flurry explained that the term Gentiles refers to any “non-Israelite peoples,” and “Israelite” means “a lot more than the little nation in the Middle East.” In the modern context, Israel refers mainly to the U.S. and Britain. There are numerous Gentile peoples around the globe. But Mr. Flurry makes clear that in end-time prophecy, Gentile mostly describes two powers: a German-led European bloc and a bloc led by Russia and China. Prophecy says that as the Israelite nations decline, these two Gentile blocs will become the dominant world powers. This is why this prophesied era is called “the times of the Gentiles.”

Deuteronomy 28:52 shows that a specific aspect of the shift in global power would be the transfer of sea gates, such as Hong Kong, from Israel to the Gentiles. Because of these prophecies, we should not expect China to loosen its grip on Hong Kong. In this “times of the Gentiles,” we should expect China’s power and determination to use it to grow.

Directly following the times of the Gentiles is the return of Jesus Christ, when His brilliance will dissipate the violence and usher in light and peace as this world has never known. To learn more about China and its role in end-time prophecy, read Mr. Flurry’s article “China Is Steering the World Toward War.”