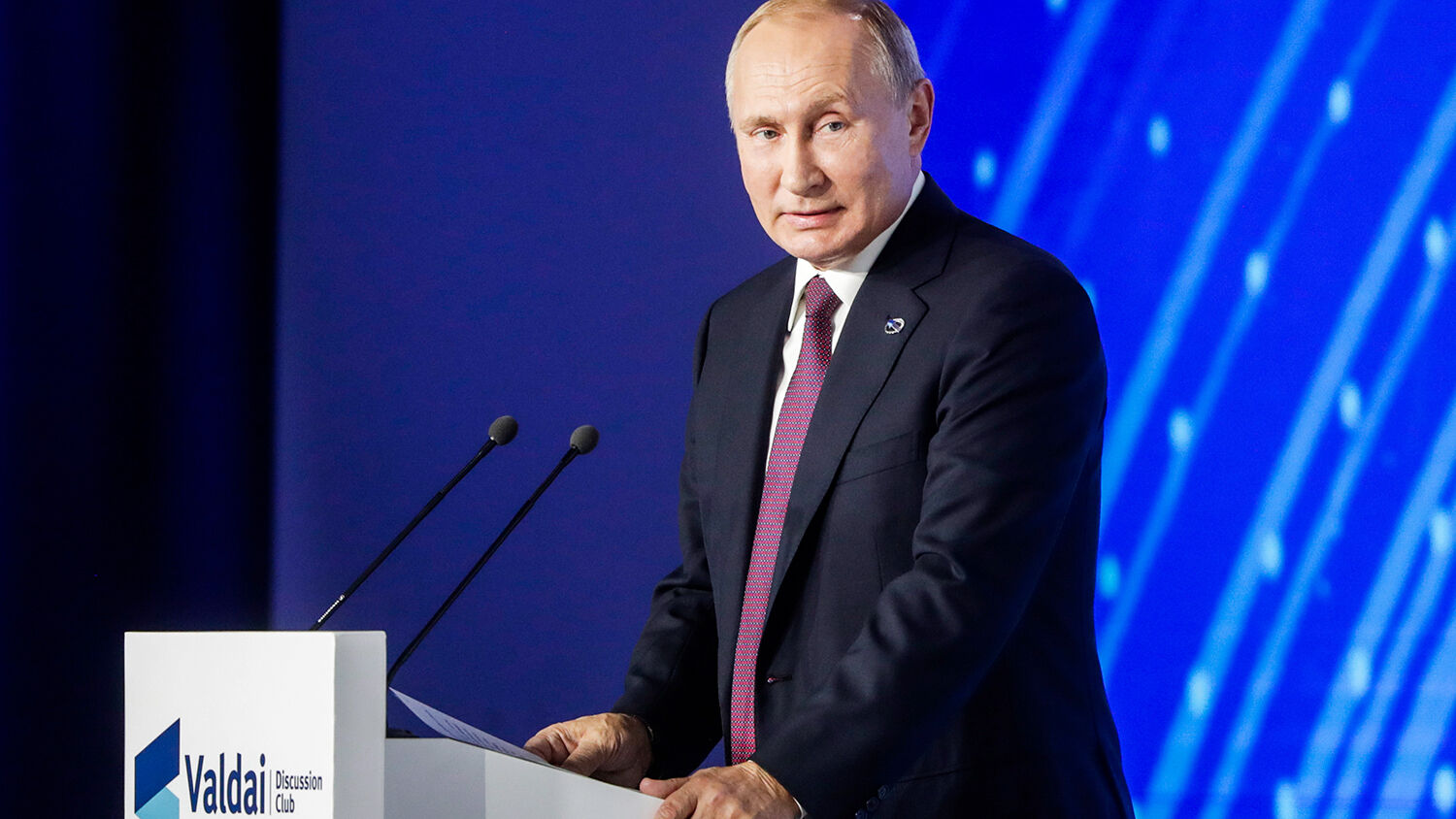 Russian President Vladimir Putin addresses the plenary session of the 16th annual meeting titled “The Dawn of the East and the World Political Order” and held by the Valdai Discussion Club on October 3.
Mikhail Metzel\TASS via Getty Images

Russian President Vladimir Putin announced on October 3 that Russia is helping China create an antimissile early-warning system. He made the announcement at the 16th annual meeting of the Valdai Discussion Club, a Moscow-based research organization and symposium.

Putin said that this system “will fundamentally and radically increase the defense capability” of China and make it one of only three countries that possess it, along with Russia itself and the United States. This move serves to highlight the growing closeness between these two nations.

Kremlin spokesperson Dmitry Peskov commented on the move, saying, “Russia has special relations with China of advanced partnership, including the most sensitive [areas] linked to military-technical cooperation and security and defense capabilities.” Such early-warning systems play a vital role in a country’s nuclear deterrence strategy as it offers warning for impending attacks, allowing the country itself to launch preemptive strikes.

According to Stratfor, a great deal of secrecy is associated with establishing these systems; there must be a high level of mutual trust between Russia and China to work with each other on creating it. Russia’s helping China create this system would suggest that “China is largely unconcerned about a potential attack from Russia, as Moscow’s cooperation on the construction of such a network will naturally give the Kremlin some degree of insight into its strengths and weaknesses,” wrote Stratfor.

Russia and China have been increasingly militarily aligned in recent years, and all indications are that their security cooperation will only get closer. In addition to their shared desire to have “Internet sovereignty”—an Internet that operates independently and in isolation from the rest of the world—Russia and China have drafted a new military cooperation pact, have conducted cyberattacks against the U.S. and Australia respectively, and plan to hold joint mass military drills.

All these recent developments show that these two powers are preparing to be allies in the event of nuclear catastrophe. Although Russia and China’s relationship has historically vacillated between cooperation and conflict, the Trumpet and its forerunner, the Plain Truth, have been proclaiming this end-time alliance for decades.

In December 1959, when tensions between Russia and China were high, the Plain Truth newsmagazine forecast that the two would form a coalition: “Russia’s program … calls first for the seizure of Asia.” The magazine said that China would voluntarily submit to Russian leadership in an Asian bloc as a step toward achieving Beijing’s long-term goals: “China’s … constant dream for centuries has been ultimate world conquest! … China knows, however, that in this highly industrialized age she can accomplish this dream only as an ally of Russia. … China is now ready to begin devouring the rest of Asia with Russia’s secret military backing.”

Plain Truth editor in chief Herbert W. Armstrong was able to issue these warnings decades ago because they were based on Bible prophecy. Revelation 16:12 prophesies of an end-time coalition called “the kings of the east.” Revelation 9:16 describes these kings fielding an army of 200 million men. This army will play a huge role in end-time events.

The seeds for this destructive future are being planted before our eyes with the strengthening of these military bonds between Russia and China. These nations are prophesied to be united in a devastating clash. To fully understand this prophesied clash and where it is leading, request a copy of our free booklet Russia and China in Prophecy.