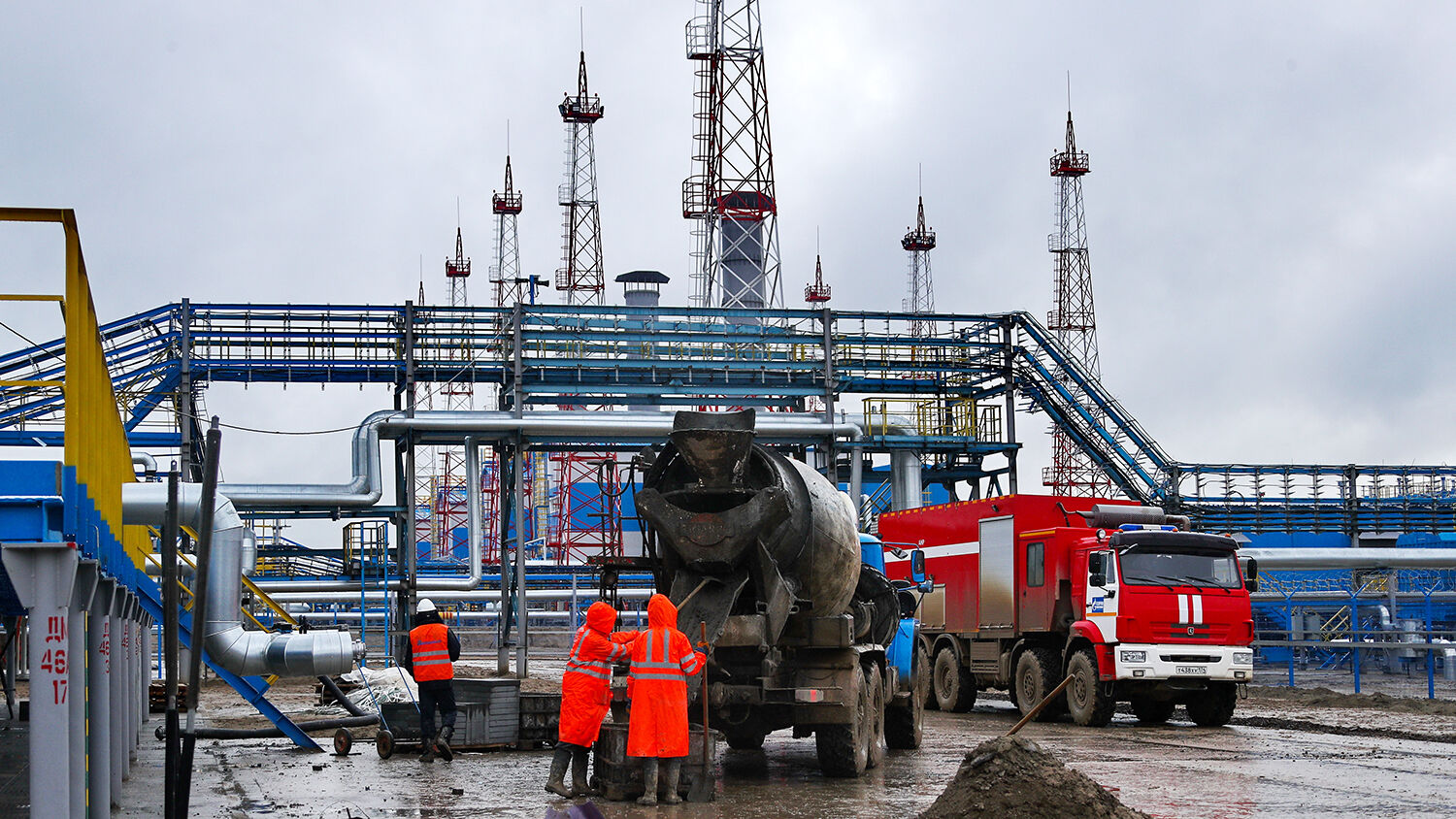 The Chayanda oil, gas and condensate field in Yakutia, Russia, serves as a resource base for the Power of Siberia natural gas pipeline.
Vladimir Smirnov\TASS via Getty Images

This mammoth energy deal is only the latest sign of rapidly deepening Russia-China ties that are reorienting 21st-century geopolitics.

Russian President Vladimir Putin and Chinese paramount leader Xi Jinping supervised the opening on December 2 of a milestone pipeline project that energizes Russia-China ties and provides a physical link between two nations that are ideologically united in determination to challenge the U.S.-dominated order.

“This is a genuinely historical event not only for the global energy market but above all for us, for Russia and China,” said Putin, who oversaw the launch via video link from Sochi, Russia. “This step takes Russo-Chinese strategic cooperation in energy to a qualitative new level and brings us closer to [fulfilling] the task, set together with Chinese leader Xi Jinping, of taking bilateral trade to $200 billion by 2024.”

Called the “Power of Siberia,” the 1,865-mile-long pipeline carries gas from the Kovytka and Chayandinskoye fields in eastern Siberia to Heilongjiang, China, and then on into Jilin and Liaoning, in China’s main grain region. It snakes over some of the world’s most inhospitable terrain, including swampland, mountains, seismically active locations and permafrost that reaches 80 degrees below zero Fahrenheit. It is championed as Russia’s most important energy project since the fall of the Soviet Union.

Once Power of Siberia reaches full capacity in 2024, it will pump 1.3 trillion cubic feet of Russian gas into China each year, which represents almost 10 percent of China’s entire gas supply. The contract is to last for 30 years and is estimated to be worth $400 billion, making it one of the largest deals in history.

Xi, who oversaw the launch from Beijing, called the project a “landmark” and a “paradigm of the deep convergence of both countries’ interests.” He called the pipeline project a “win-win” since Russia holds the world’s largest proven gas reserves and China is the number one energy importer.

“China and Russia are at a crucial stage in their national development,” Xi said, adding that their relations are “entering a new phase.”

Xi and Putin first signed the Power of Siberia deal in May 2014, just two months after Russia had illegally annexed Ukraine’s Crimean Peninsula. Then United States President Barack Obama said Putin’s land grab violated “basic principles that are recognized around the world” and that the nations were “largely united” in labeling the move unlawful. He said it shows that “Russia is on the wrong side of history.”

But China proved Obama wrong by coming out in support of Russia. “Backing Russia is in China’s interests,” the Global Times, a mouthpiece for China’s Communist Party, wrote of the annexation. And as the U.S. and most of the Western world tried to punish Russia with economic isolation, China took the opposite approach. As the West shunned Russia, China took the opportunity to do all it could to deepen Russia-China ties. Graham Allison of the Harvard Kennedy School wrote: “At every point the United States and Western Europeans imposed pain [on Russia], China has offered comfort.”

Exhibit A was the Power of Siberia deal. By entering into this milestone energy project with Russia—just two months after that annexation—Beijing did more than just throw an economic lifeline to Russia. It also demonstrated to the world that China places no value on the rules-based international order. It showed the world that China shared in Russia’s desire to overturn that order to bring more global power to the East. And it revealed that the world is headed for perilous times.

‘Woe to the World’

Trumpet editor in chief Gerald Flurry wrote in our May-June 2014 Trumpet issue that China’s support for Putin’s land grab was “a stunning fulfillment of a biblical prophecy!”

Mr. Flurry discussed passages in Ezekiel 38 that say a powerful conglomeration of several nations will emerge in the end time, led by Russia, with China in a position of junior leadership. “It is clear,” he wrote, “that Ezekiel recorded an end-time prophecy for Russia and China and other powers. This prophecy makes plain that Russia will be the leader of this massive Asian alliance. That is a key to understanding this.”

He underscored how prophetically significant it was that China had defied the West after the annexation of Crimea and showed its backing for Russia’s expansionism, which was demonstrated powerfully in the Power of Siberia deal. He wrote: “When these Asian nations—extremely powerful nuclear-armed countries—begin to show solidarity with each other regarding moves like that, what does that portend for the world? I tell you it is woe to the world. It will cause many serious problems.”

Mr. Flurry said the Russia-China axis “is going to affect everyone.”

Scriptures in the biblical books of Joel, Daniel, Matthew and Revelation show precisely how the Russian-led force will “cause many serious problems” that will “affect everyone” in the near future. The Bible makes clear that the coming war will be so cataclysmic it will threaten to end all human life.

But the Bible’s prophecies do not conclude with nuclear war ending mankind.

Scripture makes clear that before the Asian giants and other powers on the scene at the time detonate enough weapons of mass destruction to erase human life from the planet, Jesus Christ will return and interrupt the conflict. He will usher in an epoch of abundance and peace for the peoples of Russia, China and the entire world. He will rule all the Earth as King of kings and Lord of lords.

To understand the Bible prophecies about Russia, China and the Asian countries’ role in end-time events—and the hope that is at the core of these developments—order your free copy of Russia and China in Prophecy.