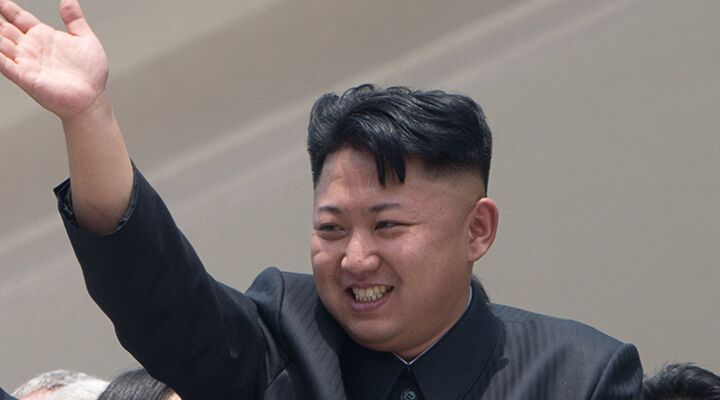 How has the dangerous personality cult that rules over North Korea survived in the modern world for so long? How has such a spiteful, sadistic and emotionally unstable regime been allowed to develop and maintain nuclear weapons? How has a government that proudly commits crimes against humanity—torturing and enslaving tens of thousands—maintained its power for so long?

Because mighty China has stood by the Kim dynasty for decades—like a big brother defending his dysfunctional, belligerent younger brother.

But in recent years, a significant change seemed to be underway. Many Western analysts began joyously proclaiming that China had finally had enough. They said Beijing was tired of defending and supporting North Korea’s psychotic behavior:

Western onlookers were ecstatic. If China was withdrawing its support of the Kim dynasty, that would mean the collapse of that poisonous, diabolical regime. It would mean the world would be safe from at least one lunatic’s nuclear arsenal. It would mean the economic opening up of the rogue nation and the end of suffering and starvation for North Korea’s 25 million people.

But the facts on the ground show that those joyous proclamations and glad tidings were hasty. The evidence shows that Beijing won’t be coming around to the West’s viewpoint any time soon, and it won’t withdraw its support of the Kim Dynasty.

Here are a few instances of China’s ongoing support of the Kim dynasty:

It’s true that Beijing and Pyongyang harbor some grievances against each other. It is true that the alliance has born some strains. And since North Korea’s belligerence often results in an accelerated Japanese remilitarization and closer Japan-South Korea military cooperation, it does partly work against China’s interests. But these grievances, strains and unwanted byproducts are overshadowed by the mutual necessity of the China-North Korea alliance.

It is not hard to see why North Korea deeply needs China. But what does China gain from its near-unconditional support of the unruly and unstable North? How could the country with the largest economy in the world (on a purchasing power basis) benefit from a relationship with a backward basket-case nation like North Korea? Why would China sustain a regime that is not totally submissive to Beijing?

First, Beijing uses North Korea as a buffer state to safeguard China from South Korea where 28,500 U.S. soldiers are stationed.

Also, if the Kim regime collapsed, China would likely face a flood of North Korean refugees. Beijing wants to avoid such an expensive scenario so it props up the government.

China also values North Korea as a massive distraction to the world. When the U.S. and other powers focus on Pyongyang’s egregious human rights abuses and illegal military activities, less attention is available to examine the same trends happening somewhat more quietly in China.

The most important reason of all was explained by Trumpet columnist Brad Macdonald in a 2009 article: “[T]he ultimate and most worrying reason Beijing sustains North Korea is that [the Kim dynasty’s] ideologies and ambitions align perfectly with China’s top global priority: undermining the United States! … China considers Pyongyang a tool with which it can challenge the U.S.”

That “top global priority” also shows why China sometimes makes certain statements (and even takes token actions) that seem to indicate that Beijing is fed up with the Kim dynasty. These statements and actions should not be judged as true indications that Beijing is changing its stance on North Korea, but instead as theatrics performed for the U.S. and other Western powers. China reckons that by staging such theatrics it can armor itself from international criticism regarding its continuing support of the Kim dynasty. It also stages these performances in order to gain political concessions from the West in other matters.