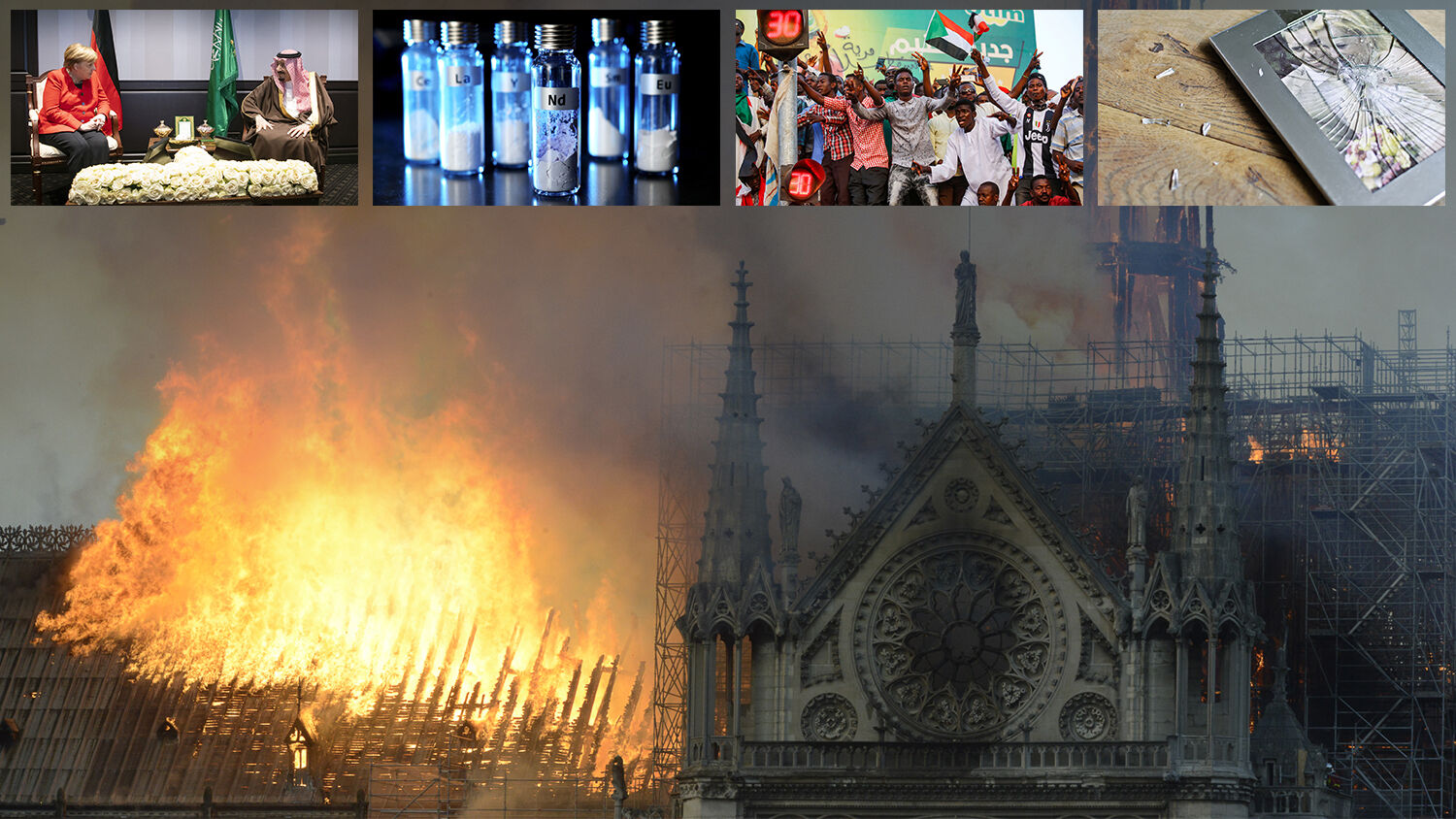 Massive flames leaped through Paris’s Notre Dame Cathedral on Monday, destroying most of its roof and all of its spire.

The tragedy also inflamed a deeper yearning within Europe for a return to its Catholic roots, revealing some prophetically significant truths about the heart of Europe.

Europe, as Cardinal Robert Sarah, prefect of the Congregation for Divine Worship, said in a recent interview, must “rediscover its Christian roots and identity. A West that denies its faith, its history, its roots and its identity is destined for contempt, for death and disappearance.”

Notre Dame is an apt reminder of what those roots are.

Germany has approved a new batch of weapons exports to Saudi Arabia, the United Arab Emirates and Qatar, according to German media reports.

A deal approved by Germany’s secretive National Security Council allows Germany to continue exporting armaments to Saudi Arabia and other Arab nations that are involved in the war in Yemen, despite a current ban on weapons exports to Saudi Arabia. That deal exploits one particular loophole: All German-made components, used in equipment developed jointly with another European nation, are exempt from the ban.

Until the late 1990s, most rare earth minerals were processed in the United States. But as the U.S. government began to enact more environmental regulations, the cost of processing these minerals increased. U.S. processing operations closed down, and China stepped up, exploiting cheap labor and lax environmental regulations. China now controls 98 percent of the globe’s rare earth minerals supply, and it uses government subsidies to maintain its monopoly.

This monopoly gives China great power over other nations—because these strategically critical metals are necessary for manufacturing nearly all high-tech products, from smartphones to guided missiles.

After four months of unremitting civilian protests against his dictatorial rule, the Sudanese military toppled President Omar al-Bashir on April 11, making him the sixth victim of the Arab Spring and the 101st casualty of yet another “successful” coup d’état in Africa.

While uncertainty looms large on the horizon in Sudan, history and Bible prophecy shed light on the certain future of Sudan.

The United Kingdom has announced that it will pass a new law allowing no-fault divorce “as soon as parliamentary time allows.” It will remove the legal requirement to show fault in a spouse’s behavior and will abolish the right of a spouse to contest the divorce request. The law will make terminating marriages much easier and faster.

“The very foundation of any nation’s solidarity, strength and power is a solid and stable family structure,” Herbert W. Armstrong wrote in a 1973 Plain Truth article. “When a nation’s family life is breaking down, that nation is disintegrating—committing national suicide!”