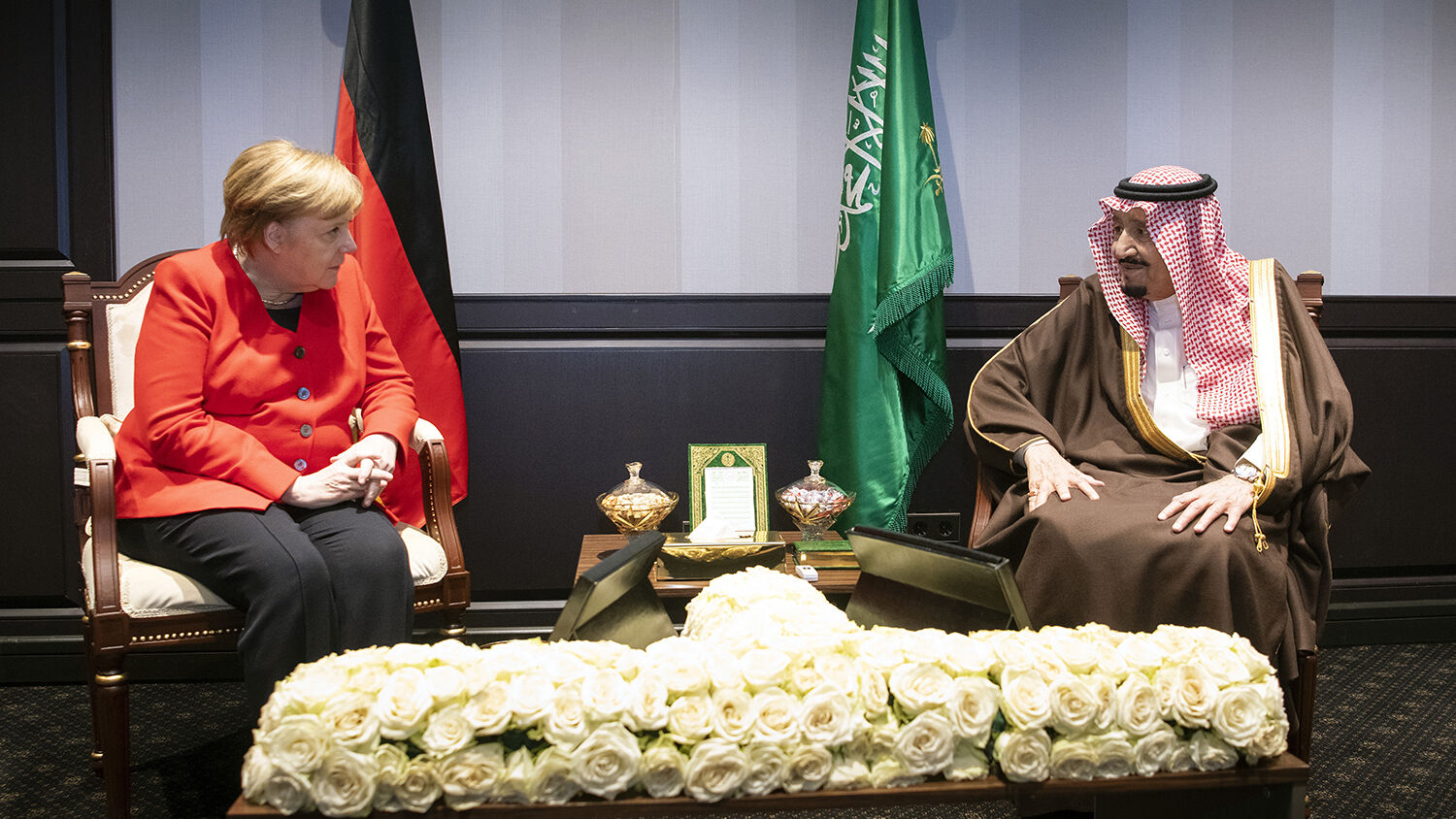 Despite extending the Saudi arms export ban to September, Merkel has found a way to continue arming Saudi Arabia and other Arab nations.

The National Security Council is a rarely discussed group consisting of Chancellor Angela Merkel and a number of her foremost cabinet ministers. They have taken advantage of a loophole: All German-made components, used in equipment developed jointly with another European nation, are exempt from the ban. The same goes for exports that were approved before the ban came into effect in October 2018.

Most major military systems—such as armored vehicles, tanks, airplanes and munitions—are joint European projects. The loophole exempting these exports is, therefore, a massive one.

The ban on exporting to Saudi Arabia was originally instituted in October 2018 in condemnation of the killing of Turkish journalist Jamal Khashoggi. German politicians voted two weeks ago to continue the ban into September 2019.

But because of the loopholes, and because the council’s decisions are secret, Germany can continue to claim that it does not sell weapons to Saudi Arabia, while continuing to do so.

Britain, France and other European Union nations oppose Germany’s ban on exports to Saudi Arabia, and have repeatedly called for it to be lifted. French ambassador to Germany Anne-Marie Descotes criticized the ban, calling the situation “untenable.” In an essay for Germany’s Federal Academy for Security Policy, she warned that Germany’s unpredictable weapons export policies are having “serious consequences” for Franco-German cooperation and for “the strengthening of European sovereignty.”

Now, with the ban renewed but the secret council continuing to export armaments, this unpredictability continues.

This is more than just an economic and political hindrance for Germany’s European partners. German weapons exports will prove to be an important tool in Europe’s geopolitical strategy.

Right now, the German military appears to be weak. Germany continues to fall short of its nato defense-spending targets. While Russia and China are increasingly belligerent, Germany looks lost in constant indecision.

But this is about to change.

It is dangerous to ignore Germany. Italian journalist Luigi Barzini described the unpredictable nature of the Germans. He observed that before 1870, Germans were a risk-averse people fearful of war, but given the right leader, they could transform into an aggressive power.

Barzini referred to a French writer who described pre-unification Germany this way: “They fear fatigue or bad weather … resolutions are slow, despondency is easy.” Yet as Barzini went on to observe, “as you turned a few pages of the history book, the Germans seemed completely transformed.” They became a “gray tide of faceless, disciplined soldiers with spiked helmets, a relentless unstoppable war machine.”

In 1870, the catalyst for this rapid transformation was a strong leader. History shows this has happened repeatedly: in 1914, and soon thereafter in 1939. Each time, a strong leader has unified and stirred Germans into violent action. As frustration with Chancellor Angela Merkel grows, both within Germany and throughout Europe, there will be more pressure for such a leader to emerge once more.

An authority more certain than history supports this assertion. Thousands of years before Germany was the nation it is today, your Bible predicted that such a leader would capture the imagination of the German people. It predicted that Germany would become a leading nation—like it already is economically—and rule a united European superpower.

Trumpet editor in chief Gerald Flurry writes in his booklet A Strong German Leader Is Imminent:

Daniel 8 is one of the most astonishing prophecies in the Bible, and we need to understand it.

Notice this strong leader who will come on the world scene in Europe: “And in the latter time of their kingdom, when the transgressors are come to the full, a king of fierce countenance, and understanding dark sentences, shall stand up” (Daniel 8:23). …

A stronger Germany, leading the combined strength of Europe, is prophesied in your Bible. Prophecy gets very specific on which nations will be allied with this European superpower. Psalm 83 reveals that Germany will form links with Arab nations like Saudi Arabia, the U.A.E. and Qatar.

“For they have consulted together with one consent: they are confederate against thee: The tabernacles of Edom, and the Ishmaelites; of Moab, and the Hagarenes; Gebal, and Ammon, and Amalek; the Philistines with the inhabitants of Tyre [Lebanon]; Assur [Assyria or Germany] also is joined with them: they have holpen the children of Lot. Selah” (verses 5-8). In his article “A Mysterious Prophecy,” Mr. Flurry explained:

Assur was the father of Assyria, which is the ancient name of Germany. (We prove the identity of these nations in our booklets The King of the South and Germany and the Holy Roman Empire.)

History has proved these prophecies true for six resurrections of the Holy Roman Empire (Revelation 17:10). Soon, Germany will lead the seventh and final one, sparking another world war and bringing immense suffering to all of mankind—so much so that if Christ did not intervene, mankind would wipe itself out (Matthew 24:21-22).

However, there is good news: That final resurrection is prophesied to be brief. Soon, Jesus Christ will return to end the suffering man has caused and bring permanent peace to all mankind.

To read more about Germany’s future and how it will soon directly impact you, read “A Mysterious Prophecy” and request free copies of our booklets A Strong German Leader Is Imminent and The Holy Roman Empire in Prophecy.