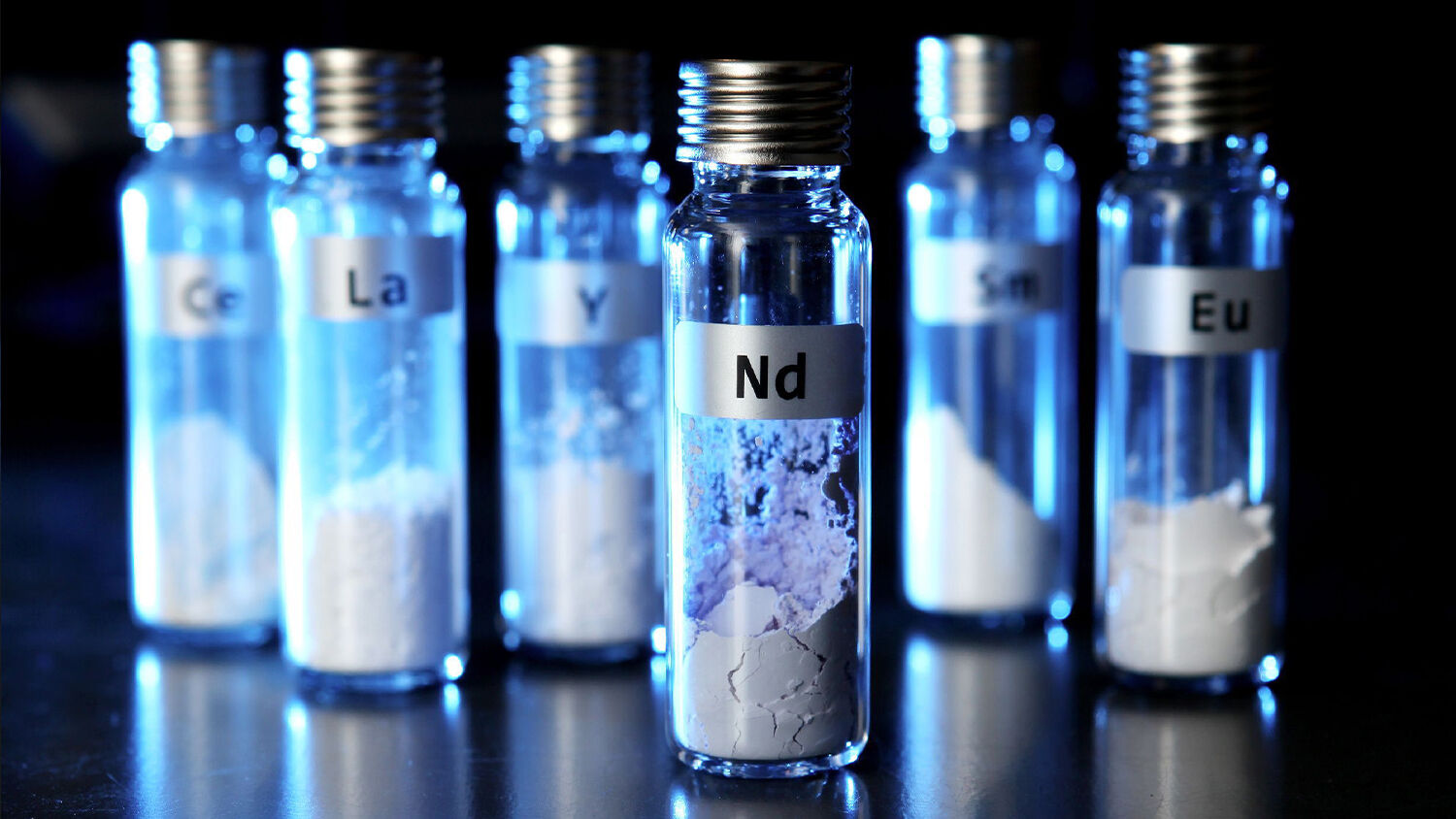 Controlling the supply of these valuable metals gives China leverage over technologies, economies and militaries.

China has a contingency plan to undermine the United States military by cutting off the natural resources critical to America’s defense. There are 16 strategically critical metals necessary for manufacturing nearly all high-tech products, from smartphones to guided missiles. These scarce metals are called rare earth minerals. China seeks to control the global supply of rare earth minerals so it has the ability to sabotage America’s military in the future.

Three U.S. senators have introduced legislation to reduce U.S. reliance on Chinese imports of rare earth minerals. Senators Joe Manchin, Shelley Moore Capito and Lisa Murkowski reintroduced the Rare Earth Element Advanced Coal Technologies Act on April 5, after the bill failed to pass in a previous session of Congress. Its purpose is to provide federal funding for the development of U.S. technologies to extract rare earth minerals from coal and coal byproducts. Environmentalists, however, are concerned about the pollution generated by rare earth mining and processing.

Until the late 1990s, most rare earth minerals were processed in the United States. But as the U.S. government began to enact more environmental regulations, the cost of processing these minerals increased. U.S. processing operations closed down, and China stepped up, exploiting cheap labor and lax environmental regulations. China now controls 98 percent of the globe’s rare earth minerals supply, and it uses government subsidies to maintain its monopoly.

This monopoly gives China great power over other nations.

During a dispute between China and Japan over the Senkaku Islands in 2010, Japan detained the captain of a Chinese fishing trawler. China retaliated by announcing that it would halt all rare earth shipments to Japan’s high-tech economy. Japan immediately backed down and released the captain in what the New York Times called a “humiliating retreat.”

A Pentagon study published last September warns that China has sought to monopolize access to rare earth minerals in a deliberate strategy to undermine the U.S. military. “The study accuses Beijing of flooding world markets with certain materials critical to the manufacture of fuel used in U.S. missiles and rockets and components of U.S. military jets, among other items,” Foreign Policy reported, citing a Trump administration official. “It concludes that China is carrying out this policy as a way of forcing U.S. suppliers out of business ….”

Government officials estimate that revamping America’s rare earth processing industry could take 15 years, so in the meantime the U.S. is being forced to play nice with China as the two compete for power over naval trade routes.

Late educator Herbert W. Armstrong proved in his book The United States and Britain in Prophecy that the U.S. and Britain are the descendants of ancient Israel. He also proved that God promised these two nations “possession of the Earth’s choicest agricultural, mineral and other wealth,” in addition to control over the “gates” of their enemies (Genesis 22:17).

A gate is a narrow passage of entrance or exit. Speaking nationally, a “sea gate” is a maritime choke point, such as the Panama Canal or the Strait of Malacca. God gave America and Britain dominance over the world’s rare earth minerals and control over the world’s sea gates, ensuring that they would become economic and military superpowers. But the American and British people have turned away from God’s law and taken credit for their superpower status. These nations rely on their militaries for defense, but now they have lost control of the strategically critical metals necessary for sustaining their high-tech militaries. God warned that if end-time Israel (America and Britain primarily) did not obey Him, then they would lose control of vital sea gates (Deuteronomy 28:52). China’s monopoly of rare earth minerals is another sign of America’s declining military power.

Once America loses the ability to protect and control the world’s most strategic trade routes and maritime choke points, foreign powers will seize the few remaining sea gates still under American or British control. America’s homeland will be vulnerable to economic siege by hostile enemies.

To learn more about the significance of rare earth minerals to America’s security, read “Why Chinese Miners Are Smiling.”