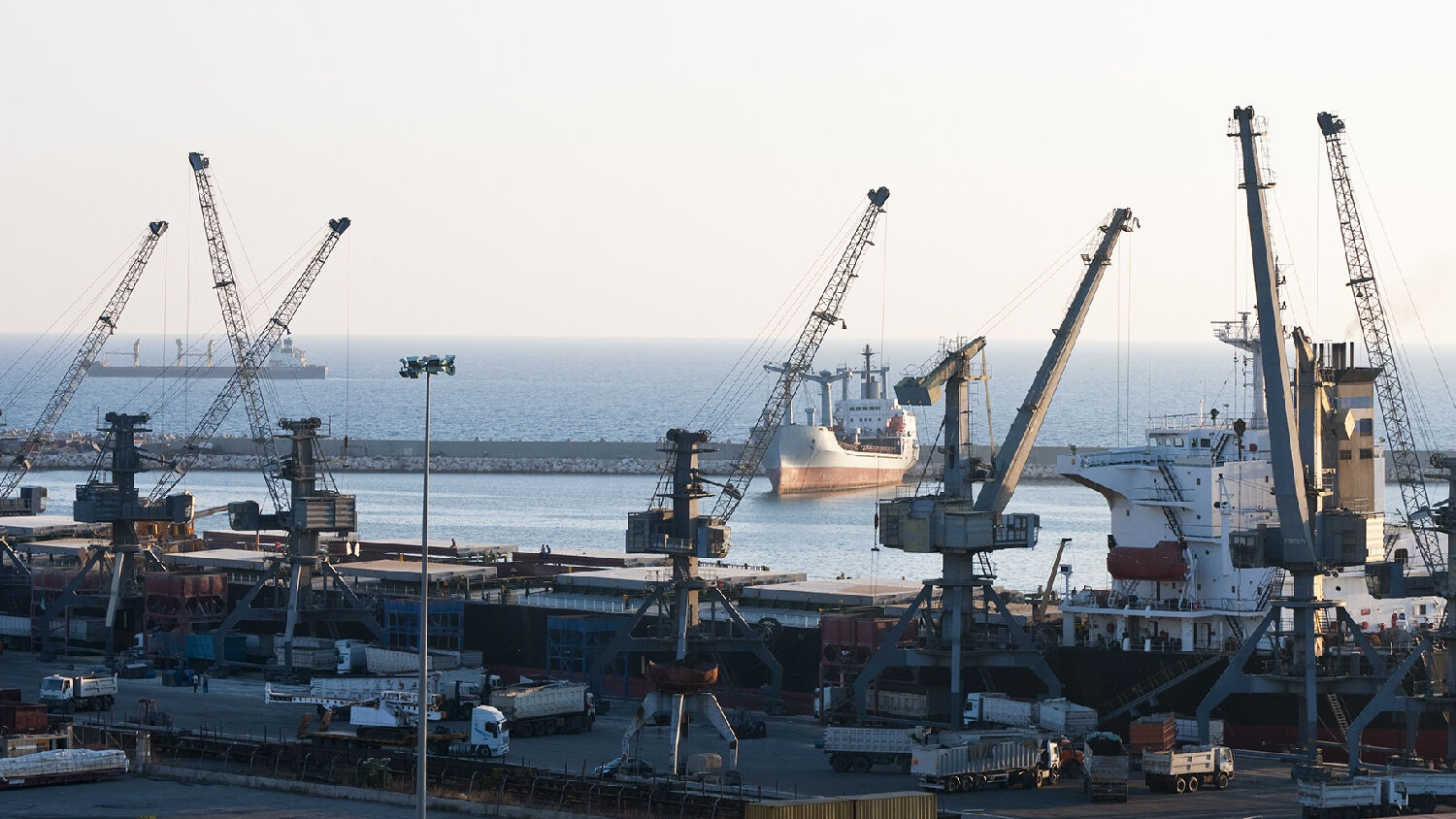 Iran has reportedly leased Syria’s chief commercial port in Latakia in a major step toward unifying a Shiite empire from the Indian Ocean to the Mediterranean Sea, posing a significant threat to both Europe and Israel.

Talks to lease the port reportedly began on February 25, when Syrian President Bashar Assad made an unannounced visit to Tehran. Assad insisted that Maj. Gen. Qassem Suleimani, commander of the Quds “Jerusalem” Force, a branch of the Islamic Revolutionary Guard Corps (irgc), attend all the meetings. Suleimani’s presence suggests that the Quds Force will either partially or completely oversee the port’s operation.

The agreement officially grants the Islamic Republic of Iran the use of the port of Latakia for economic purposes only. According to the Asia Times, however, once they take control of the port, “nothing prevents them from transforming it into a military facility.” The acquisition of its first Mediterranean port fulfills a goal Iran has had for decades.

According to Critical Threats, Assad leased the Syrian port to an unnamed irgc-affiliate company. The Jerusalem Post reported that irgc-affiliated companies have already begun to ship goods through the port. This move suggests that Iran will use the port, not only for economic purposes, but also as a means of smuggling arms into Syria. The 23-warehouse port is capable of handling 3 million tons of cargo a year. It would be easy for Iran to smuggle weapons through this busy commercial hub.

Critical Threats stated that Latakia’s port provides “a vital medium for illicit trade and smuggling” that will help Iran mitigate the economic hardships it is facing as a result of United States sanctions. As the Syrian civil war begins to abate, any future humanitarian aid could flow through the Latakia port, a lucrative opportunity for Iran as the port’s operator.

Rebuilding Syria: Iran plans to build a $413.59 million, 526-megawatt power plant at Latakia, and a gas pipeline from Baniyas to fuel it, both scheduled for completion in three years.

Was this for lease of Latakia Port?

The construction of this railway would be a clear indication that Iran has unified Iraq, Syria and Lebanon, the vast swath of land inhabited by Shiites often known as the Shia Crescent.

The Iranians were thus one country away from having an empire stretching from the Persian Gulf to the Mediterranean—which would make them the dominant country in the region, more powerful than the fragmented Sunni nations. The one country missing in the Iranian project was Syria.

Iran is getting dangerously close to seizing control of Syria. In many ways, Syria is a failed state. The Syrian government is not able to control its own territory without Iranian military backing and economic support.

Iran’s strategy to control the Shia Crescent is a crucial step toward Iran’s primary goal of conquering Jerusalem.

In the background of this project is Suleimani, who has been instrumental in Iran’s strategy to conquer Jerusalem. For more information about how this man has shaped Iran’s foreign policy in the Middle East, listen to our podcast “General Qassem Suleimani—The Point of Iran’s Spear.”

Iran has nearly united the Shia Crescent. Even if the railway doesn’t get built, Iran’s acquisition of the Latakia port should strike fear throughout the region. Establishing a foothold on the Mediterranean gives Iran another front for attacking Israel and the capability to threaten Europe’s soft underbelly.

Since the 1990s, the Trumpet has forecast that Iran would become the dominant regional power in the Middle East. Nearly 30 years later, this forecast has proved accurate—because it was based on Bible prophecy. Bible prophecies speak of a power in the last days before the return of Jesus Christ, which would have a pushy foreign policy. Trumpet editor in chief Gerald Flurry identifies this power in his booklet The King of the South as radical Islam, led by Iran. (For more information, request your free copy here.)

One aspect of Iran’s prophesied “push” revolves around its desire to conquer Jerusalem. Even the name of its Quds Force reveals its intentions. In Arabic, Quds means “Jerusalem.” One way Iran puts pressure on Jerusalem is through ballistic missile development.

Hirsh Goodman, a senior research associate at the Institute for National Security Studies at Tel Aviv University and former vice president of the Jerusalem Post, writes in his 2011 book The Anatomy of Israel’s Survival:

The focus of Assad’s force-building, however, has been missile acquisition, anti-aircraft missiles to blunt the force of the Israeli Air Force, and offensive long- and medium-range missiles to leapfrog the Golan Heights and Israel’s ground forces and cause major damage to Israel’s heartland.

Already this has begun to have an effect.

In February, Israel’s Channel 12 reported that Israel discovered that Iran was operating a precision missile factory near Latakia. Last September, another site in Syria resembling Iran’s Parchin facility, which was linked to Iran’s ballistic missile and nuclear programs, appeared in satellite images taken by ImageSat International. Israel did not launch an air strike on this facility because of a nearby Russian S-400 system, one of the best air defense systems in the world.

Increased military support to Hezbollah and Syria from Iran through the proposed rail line or Latakia’s port could spark a conflict between Israel and Lebanon–Syria. Israel can’t afford to sit back and let Iran surround it. An increase in the frequency of Israeli air strikes could provoke Hezbollah and Syria to attack Israel.

Goodman writes that if Israel is attacked, it will “launch a massive counterstrike with cruise missiles and drones on hundreds of predetermined targets with pinpoint accuracy.” He states that the Israeli government made it clear to Assad that, should Israel be attacked, Alawite rule “will be removed from Syria for generations to come.”

This is an interesting assertion, because Bible prophecy states that just before Jesus Christ’s return, Lebanon and Syria will not be aligned with Iran.

This could occur in a few different ways. As Goodman states, Israel could finally eliminate the threat by removing the Shiite Alawites from power in Syria and the Hezbollah terrorists from Lebanon; whereas Friedman believes that “having saved Assad, it’s now time for the Russians to move the Iranians out of Syria and deny them their empire.”

However, in The King of the South, Mr. Flurry writes:

Syria would quickly cave in if Iran were beaten or forced to stop supporting terrorism. So would other Islamic nations. … Can Israel win its war against terrorism? Iran and other nations keep arming the endless stream of terrorists. The only way to turn it around is to stop Iran.

Regardless of how Lebanon’s and Syria’s departure from the Iranian camp occurs, the Bible shows that these two nations will align with a power from the north.

On Sept. 15, 2018, Reuters reported that German Defense Minister Ursula von der Leyen “said she could not rule out a longer-term deployment of German forces in the Middle East.”

On February 15 this year, the Washington Post reported that U.S. officials were calling for Europe to increase the number of troops deployed in Syria. The Pentagon outlined a proposed plan in which European countries, especially France and Germany, would commit a total of 1,500 soldiers, while the U.S. kept about 200 soldiers in Syria.

Daniel 11:40 says that Iran pushes against “the king of the north,” which Mr. Flurry has identified as a German-led European empire. This push against Europe will force it to get involved in the Middle East and eventually to come against the king of the south in a whirlwind attack.

Another prophecy in the book of Psalms reveals a confederation of moderate Arab nations that will align with this European empire against Israel, but in many ways, this is also an anti-Iranian alliance.

“The tabernacles of Edom, and the Ishmaelites; of Moab, and the Hagarenes; Gebal, and Ammon, and Amalek; the Philistines with the inhabitants of Tyre; Assur also is joined with them: they have holpen the children of Lot” (Psalm 83:6-8).

Both Lebanon and Syria are mentioned in this confederation of Arab nations. Anciently, the Hagarenes were the people inhabiting the desert region between the Mediterranean and the Euphrates River, the territory of modern-day Syria. Gebal refers to the port of Byblos, locally known as Jbeil in Arabic. Both Byblos and Tyre are Lebanese port cities that will align themselves with Assyria, modern-day Germany.

Germany has already begun to make inroads into these two nations. In April 2017, von der Leyen called for a United Nations humanitarian and reconstruction mission to Syria once the civil war ended. After the U.S., Germany is the second-largest financial supporter of Lebanon. (For more about Germany’s efforts in these two nations, please read “Germany Sees Itself as a Vital Part of Syria’s Future” and “Germany Looks to Support Lebanon.”)

As Iran seeks to grab its first port on the Mediterranean Sea, watch for it to continue to rise in power. This is only the first step. Iran wants to project more power in the Mediterranean. Recent upgrades to its submarines and destroyers indicate that Iran is expanding its naval power. As Iran grows stronger and pushes harder against Europe, watch for a German-led Europe to become increasingly involved in the Middle East.

Prophecy shows that Iran won’t be successful in gaining control of Syria. But it will continue to push for access to the Mediterranean. Daniel 11:40-45 show that the Iranian-led king of the south will gain control of Libya, whose long Mediterranean coast is already causing Europe great concern as a departure point for migrants. Egypt, with control of the Suez Canal, will also side with Iran.

For more on Iran’s desire to reach the Mediterranean, and how it will cause a confrontation with Europe, read our free booklet Libya and Ethiopia in Prophecy, by Gerald Flurry.