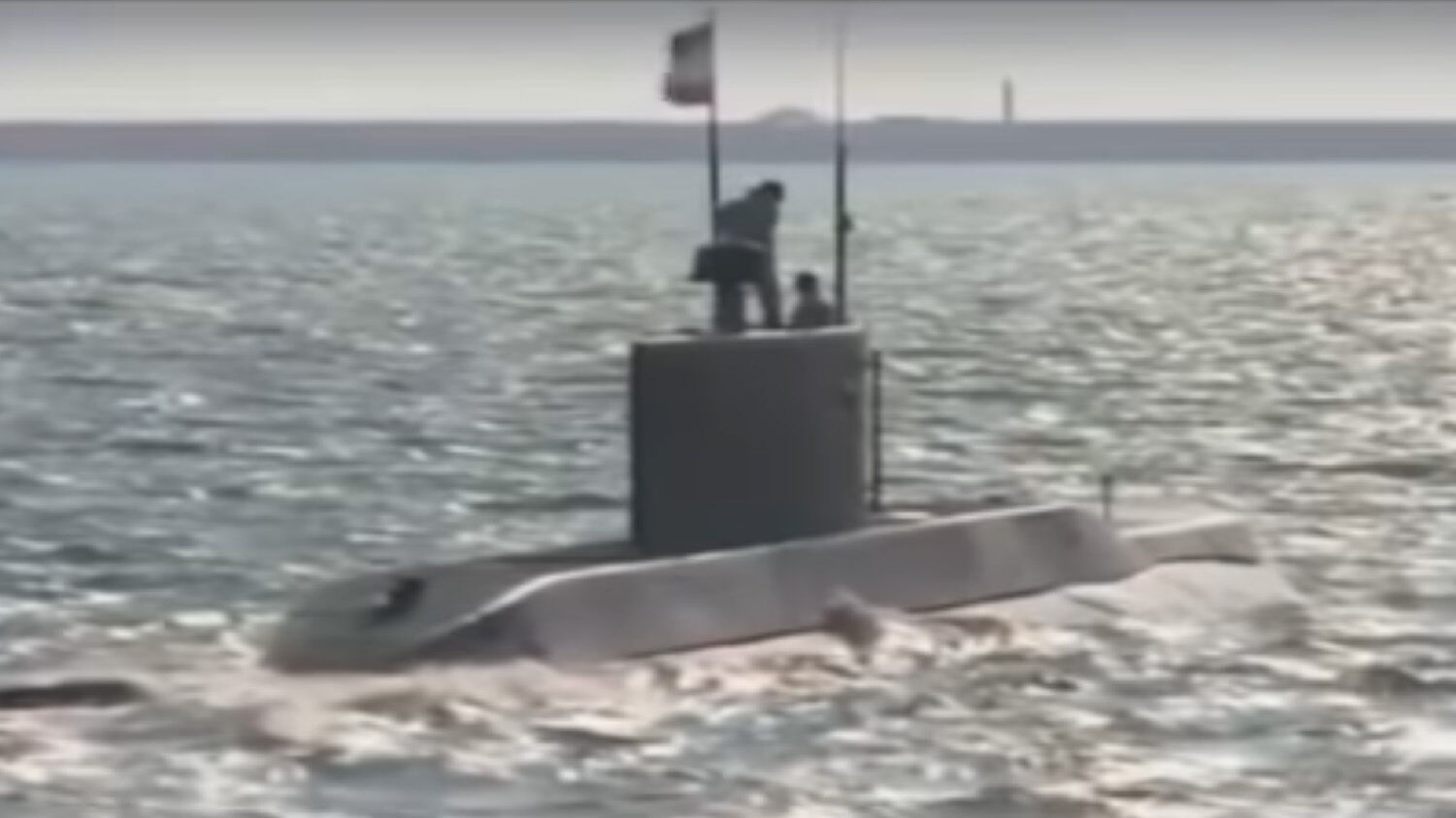 Iranian military drills near the Strait of Hormuz are exacerbating the fear that Iran will halt all passage through this major oil shipping route. On February 22, Iran began its annual Operation Velayat 97 naval drills in the Sea of Oman near the mouth of the Persian Gulf. According to the public relations department of the Islamic Republic Army, over 100 vessels participated in the maneuvers, and for the first time, Iran test-launched sea-to-air cruise missiles from its new Fateh submarine.

Iranian Navy Rear Adm. Hossein Khanzadi said the naval exercises included “plans to deal with any external threats, displaying power, assessing the equipment, the level of preparedness and accountability of the Navy, and declaring readiness to achieve collective security in open waters.” The Jerusalem Post said that the drills “would begin two kilometers from the Strait of Hormuz in the Gulf of Oman, and continue to 10 degrees north of the Indian Ocean.”

The three-day operation, which ended on February 24, was supposed to have four stages; use of helicopters, submarines, surveillance planes and warships; and include electronic warfare tactics and data transmission from the coast. Khanzadi also said that Iranian warships would test-launch various-range missiles during the exercises.

Iran’s government-affiliated Tasnim News Agency reported that anti-submarine helicopters would land and take off from the flight deck of the Sahand destroyer.

In 2017, during Operation Velayat 95, Iran successfully test-fired its Dehlaviyeh anti-ship missile for the first time. The missile is designed to be fired from land at passing ships. Now, Iran has upped the ante by increasing its missile-firing capabilities.

On February 17, Iranian President Hassan Rouhani inaugurated the newly retrofitted, domestically built Fateh-class submarine. This “state-of-the-art” submarine weighs 600 tons and is equipped with naval mines and a guided missiles system capable of launching torpedos and anti-ship cruise missiles. According to the Jerusalem Post, “The Fateh, which also has an advanced sonic radar system that can identify enemy vessels, was also said to be able to dive to a depth of 200 meters for up to five weeks.”

Khanzadi said, “For the first time, these weapons will be tested seriously and we can make the maritime region unsafe for the enemy in any way possible.”

According to the Islamic Republic News Agency, Rear Adm. Habibollah Sayyari said on the sidelines of the military drills that the “Iranian Army is vigilantly monitoring all threats in the region.” During the drills, the Iranian Navy Marines practiced recapturing land and sea territory in southern Iran from a hypothetical enemy by using amphibious vessels.

Because Iran frequently makes such threatening statements, some in the international community refuse to believe it is an aggressive nation. Ghanbar Naderi, an Iran-based defense analyst, told Al-Jazeera, “There is nothing exceptional about this annual event …. The whole idea is to test the readiness of the armed forces. This should not be interpreted as a threat to regional security.”

In Iran’s southern port city of Bandar Abbas, Rouhani even said, “Our defense power is solely defensive,” and blamed increased military development on the “enemy’s pressure and sanctions imposed on Iran.” The dichotomy of Iranian statements makes it hard for some to understand Iran’s true intentions, but the nation’s actions clearly show that it is on the offensive.

The Operation Velayat 97 drills were conducted after the entrance of a United States amphibious assault carrier into the Persian Gulf. According to Stratfor, the uss Kearsarge ported in Manama, Bahrain, on February 21.

A similar situation occurred last December. Iran conducted extensive military drills on Qeshm Island near the Strait of Hormuz as the uss John C. Stennis aircraft carrier entered the Persian Gulf. Some Iranian warships even launched missiles into the sea in the vicinity of the U.S. carrier.

Military drills are held for three primary reasons: to prepare a nation’s military for a specific circumstance, to provide an excuse for deploying troops to a given area, and to send a message to enemy nations. By conducting military drills in and around the Strait of Hormuz, Iran is increasing its readiness to act in the vital oil shipping route.

In July 2018, Ali Jafari reiterated Rouhani’s warning: “We will make the enemy understand that either all can use the Strait of Hormuz or no one.” Iran’s war games at Qeshm Island and the Gulf of Oman give its military experience in operating around the Strait of Hormuz, presumably to provide backing for its threat of closing the strait.

The head of the #IRGC’s navy said #Iran has full control of the #PersianGulf and the Strait of #Hormuz, @Reuters. The #UnitedStates is pursuing a tough line against Iran, and Tehran is looking for ways to strike back without compromising its #economy. https://t.co/PY3b0QGI5A pic.twitter.com/uYIOuGRGSX

The Strait of Hormuz facilitates about 30 percent of the world’s seaborne oil. This makes it a very important oil artery. In July 2018, Stratfor wrote, “The mere threat of closing the strait increases market uncertainty, stokes oil prices, and creates some leverage for Iran without requiring that it follow through.” Iran could wreak major disruptions to the global economy, causing prices around the world to rise suddenly and dramatically.

In 2011, Trumpet editor in chief Gerald Flurry warned of Iran’s strategy to gain control of the region’s vital oil arteries. In his booklet The King of the South, Mr. Flurry identifies radical Islam, led by Iran, as the biblical “king of the south” prophesied in Daniel 11:40. This scripture states that Iran will “push” against a European power in the north. Iran’s efforts to control these vital oil arteries is one aspect of that push. (Request your free copy of The King of the South.)

In his April 2015 article “Iran Gets a Stranglehold on the Middle East,” Mr. Flurry wrote:

Daniel 11:40 shows that as these events play out with Iran, the United States won’t be a factor! It is Europe that Iran is going to push against. And it is Europe that will respond.

A European superpower is rising on the scene that will have the boldness and the power to deal with Iran’s pushing.

Europe is very worried about what Iran just did in Yemen. And unlike America, this European power will act!

Iran is continuing to see how far it can push until it is stopped. So far, it has not reached its limit. Iran’s growing military capabilities continue to rise. As it continues to demonstrate its newfound strength, Iran becomes more emboldened. Watch for Iran to continue to operate in these vital oil arteries until it finally pushes too far and causes a European retaliation.

For more information about Iran’s strategy to control these vital waterways, please read Mr. Flurry’s article “Iran Gets a Stranglehold on the Middle East.”