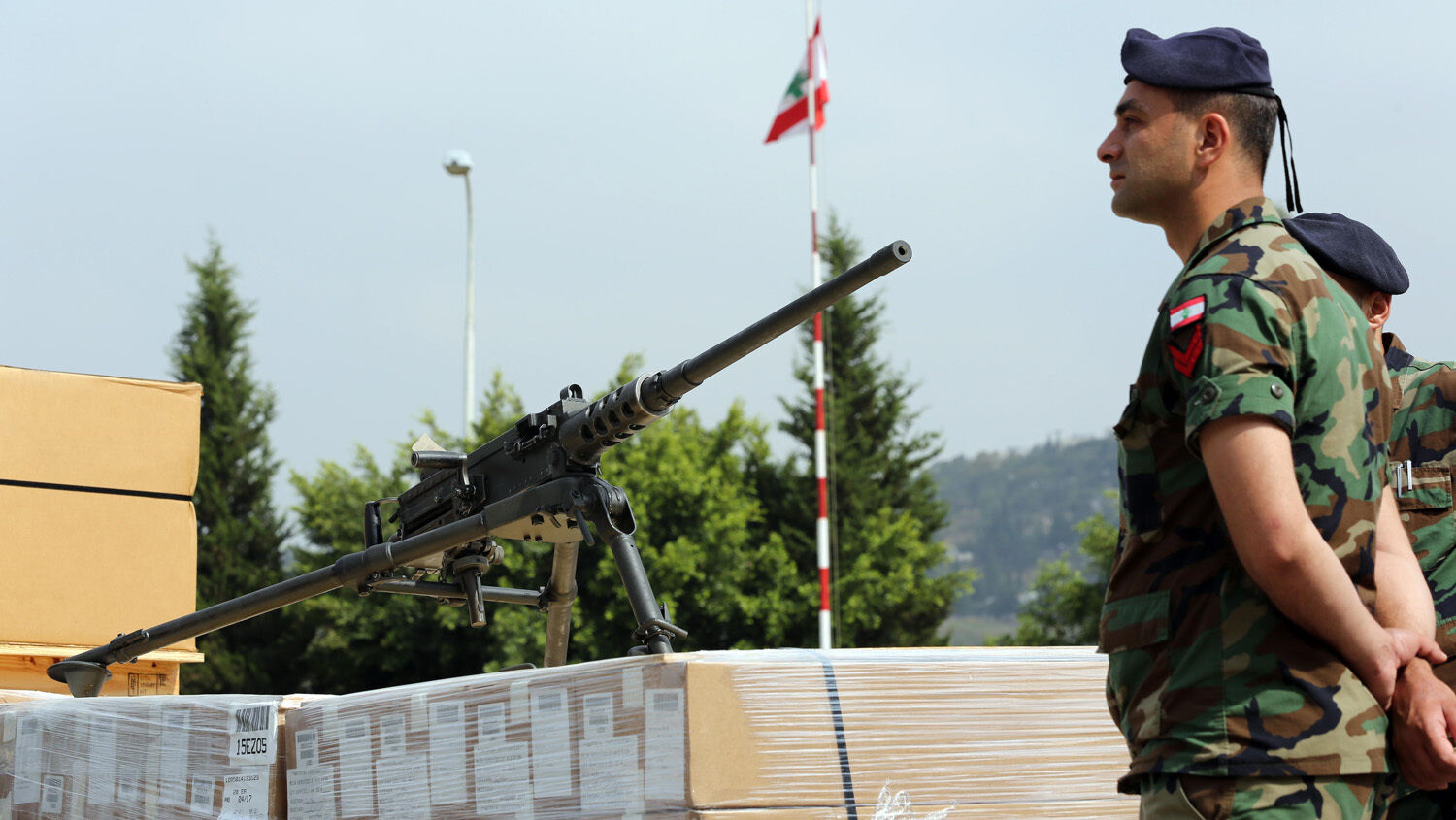 As most of the world gives up on Lebanon as nothing more than an Iranian fiefdom, why is Germany increasing its support?

JERUSALEM—It is easy to label Lebanon as nothing more than an Iranian outpost. Iran’s proxy, Hezbollah, has a stranglehold on the nation’s government. However, it is easy to forget that most Lebanese resent Iranian control over their nation, and many are struggling to break its hold; no one more so than Lebanese Prime Minister Saad Hariri.

Hariri has arguably the hardest job in Middle East politics. Lebanon’s constitution specifies that the prime minister’s office be occupied by a Sunni Arab—Hariri, in this case. The other two most powerful positions in Lebanon are divided between the two other large Lebanese demographics: The speaker of the house is a Shiite, and the president is a Maronite Christian. The idea behind the constitutional separation of powers according to sect was to prevent any one of them from dominating the national decision-making process. Though fair enough, this idea proved a failure last year when Christian leader Michael Aoun, a Hezbollah ally, was installed into the office of president. Viewed by outsiders, Aoun’s place in the presidency was the final link in the chain that all but locked up Iran’s domination of Lebanon.

Enter Saad Hariri, son of former Prime Minister Rafik Hariri (who was murdered by Hezbollah), and longtime figurehead of the anti-Hezbollah alliance inside Lebanese politics. Hariri has the almost impossible job of keeping Lebanon afloat while fighting an ongoing hijacking perpetrated by Iran. This job has become even harder as foreign investors have all but fled the country in order to avoid supporting Iran. Lebanon’s largest financial backer, Saudi Arabia, cut off all funding last year.

And so, with Lebanon almost drowning in Syrian refugees (now a full 25 percent of its population) and the world deserting for fear of supporting Iran, Hariri has the hard task of hunting down foreign benefactors to bail out the nation and keep it from sinking. In April, Hariri visited Europe to try and drum up some support. Notable commentator on Lebanese affairs Tony Badran wrote on May 9:

On the one hand, recognizing Europe’s desire to keep refugees away from its shores, Hariri is asking the Europeans to pay up. Ahead of his trip to Paris, Berlin and Brussels last month, Hariri made the pitch for a $10-$12 billion investment in Lebanon over the next seven years: “If the international community does not invest with us, we will have to take measures to see how these refugees could find another place for refuge,” he said.

But it’s not just money for dealing with the refugees that Hariri is after. He wants investments in the Lebanese state infrastructure: bridges, learning institutions and utilities. Even the best salesman in the world would have a hard time getting foreigners to sign investment deals in a country at the precise time that Iran seems to have solidified control over it.

Nevertheless, its highly interesting where Hariri found a promise of support. Badran continued:

“In Germany, Hariri seems to have found a receptive ear. In a joint press conference with Hariri, Chancellor Angela Merkel pledged to continue support for Lebanon. What’s more, she presented this support in the terms that Hariri laid out: “We are also trying to use this crisis situation to promote economic momentum,” she said. “There shouldn’t be an impression [that] the international community only takes care of the refugees; we have to look at the whole of the country.”

Already last year, Germany gifted about $411 million to Lebanon, making it the second-largest backer of the state, after the United States.

Why would Germany want to look at supporting the “whole of the country” when Lebanon appears to belong to Iran? Is this purely an altruistic move to support a country in need? Or is there more to Germany’s actions in Lebanon?

Certainly, humanitarian concerns are a factor in Germany’s support. However, it is also a possibility that Germany sees the strategic importance of a growing relationship with Lebanon, especially the Sunnis. Historically, before Sunni patronage from the Gulf, Lebanon received the bulk of its support from Europe, specifically from its post-World War i overseer, France. Are we seeing the start of a return of European support for Lebanon, this time through Germany?

True, the $411 million donation last year and a promise to look after the “whole of the country” are hardly a power play to oust Iranian influence from Lebanon. However, viewed in light of the biblical prophecies that indicate Lebanon will fall out of the Iranian sphere of influence, and in favor of German patronage no less, Merkel’s comments and Germany’s actions should be watched closely.