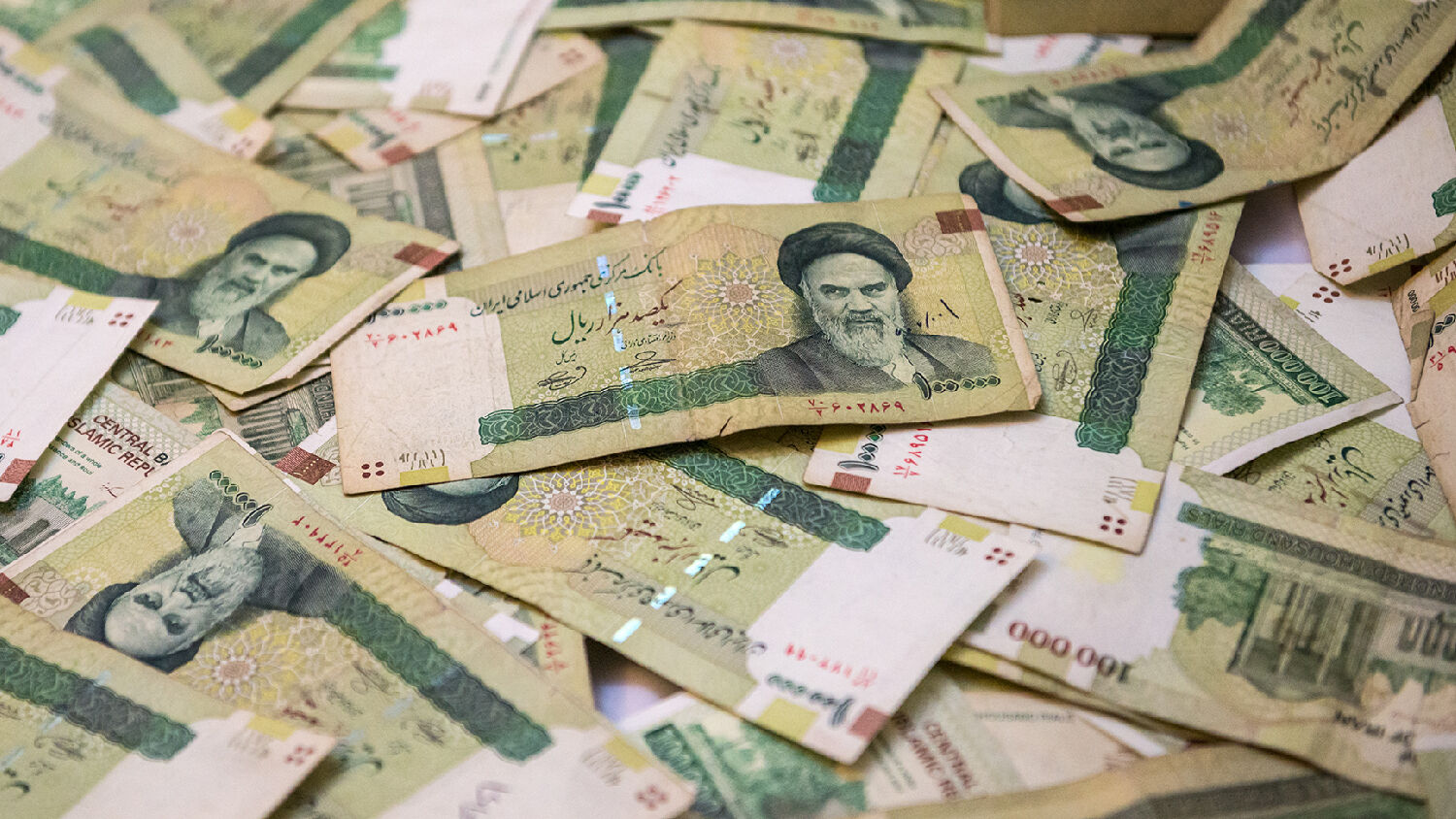 How Iran is being forced out of Syria

Iran’s proxies across the Middle East are showing signs of financial strain. On March 28, the New York Times quoted an Iran-backed militiaman who had recently lost a third of his salary and other benefits. “The golden days are gone and will never return,” said the anonymous Shiite fighter. “Iran doesn’t have enough money to give us.”

Iran has cut the salaries of many of its militiamen in Syria. Many Hezbollah fighters also say they have missed paychecks and lost various perks. In Syria, fighters from Palestinian factions living in subsidized apartments have been kicked out of their apartments and seen their food quality diminished.

In April 2018, the Jerusalem Post wrote, “There are 80,000 Shiite militiamen, trained and recruited by Iran, in Syria.” Lebanon’s Hezbollah is the best-known supporter, but a large majority of the foreign fighters are from Afghanistan, Iraq and Pakistan. According to Associated Press, Iran recruited tens of thousands of Afghans, training and paying them to fight in support of Syrian President Bashar Assad. Some experts estimate as many as 15,000 fighters at one time came from the Afghan Fatimiyoun Brigade. These foreign troops cost Iran money to feed, equip and pay wages.

Iran’s worsening economic crisis is a result of United States sanctions imposed in May, August and November of 2018. Because Iran was violating the terms of the the Joint Comprehensive Plan of Action (signed by China, France, Germany, Iran, Russia and the United States in an attempt to curb Iran’s nuclear development program), on May 8, 2018, U.S. President Donald Trump withdrew from the deal. Since then, America has placed various sanctions on Iran, targeting its crucial banking, oil and shipping sectors, and preventing it from using the U.S. dollar for trade.

“In November, we granted eight oil waivers to avoid a spike in the price of oil. I can confirm today three of those importers are now at zero,” Brian Hook, U.S. envoy to Iran, told Reuters reporters. He did not identify the three countries. “There are better market conditions for us to accelerate our path to zero,” he continued. “We are not looking to grant any waivers or exceptions to our sanctions regime.” And it seems like it is about to get worse for Iran. Reuters reported on March 25 that a senior Trump administration official said the U.S. government is considering placing additional sanctions on Iran in May.

After almost eight years of war, Syria lies in rubble. Cities such as Aleppo, Raqqa and Homs, once home to hundreds of thousands or millions of people, are shells of their former selves, with entire neighborhoods flattened by the fighting. National infrastructure such as bridges, roads and the power grid urgently need repairs.

The cost of repairing Syria is astronomical. In August, the United Nations estimated that it would cost $400 billion to restore Syria to the point that the millions of displaced Syrians could return. Problem is, Syria lacks the capacity to do the work itself and is going to need outside assistance.

Jihad Yazigi, editor of the Syria Report, an economic analysis news site, told the New York Times on March 28 that given the worsening financial situation in Syria, economic support from Iran would be “extremely helpful,” but it is no longer able to provide funding. In the past, it gave financial aid to the Syrian government, but it recently failed to deliver on its promise of a new power plant and a credit line to help Syria import essential goods.

However, Iran will not easily relinquish Syria. Foreign Policy estimated that Iran has spent about $30 billion on Syria. As Nagtegaal wrote: “To complete the Shia Crescent, Iran needs to preserve its influence over the regime of Assad, whose Alawite faith is an offshoot of Shia Islam.” Iran also needs control of Syria to connect with its Lebanon proxy Hezbollah.

Michael A. Ledeen, a contributing writer for the Wall Street Journal, writes in his 2007 book The Iranian Time Bomb:

If the Islamic Republic can drive the United States out of Iraq, destroy the fledgling democracy in Lebanon, and damage or destroy Israel, the mullahs believe they can dominate the area. … If they are seen to fail, however, their destiny is uncertain. That is why they are pushing so hard on all fronts, hoping to score their own victories before they fall.

That is exactly the strategy Iran’s leaders have employed since the 1979 Iranian Revolution. Iran has already gained significant control of Iraq (please read “Iraq Is Conquered—On to Jerusalem”). On April 6, Reuters reported that Iranian Supreme Leader Ayatollah Ali Khamenei has urged Iraq to oust American troops “as soon as possible,” a demand the Iraqi parliament has been considering for the last month.

Iran has also been working subtly to destroy the democracy in Lebanon. Its proxy Hezbollah is a legitimate party in Lebanon’s parliament and deeply involved in Lebanese politics. It even controls the country’s Health Ministry. Khamenei said, “Hezbollah is going to do things today that are in Iran’s interest.” According to Iran, Hezbollah is more loyal to the ayatollah than to its own goals and ambitions. In other words, Iran controls part of the Lebanese government. It has effectively destroyed Lebanon’s democracy.

In order to damage or destroy Israel, Iran must control Syria. It is a vital corridor to supply Hezbollah with armaments, and it acts as a launching platform to attack the Golan Heights in northern Israel. But in its current economic crisis, Iran can’t finance Syrian reconstruction, and it can no longer afford to pay militias to offer military assistance. With America declaring the Iranian Revolutionary Guard Corps a terrorist organization this week, and the possibility of additional sanctions against Iran coming next month, how much longer until Iran is forced out of Syria?

The Bible prophesies of this imminent Iran-Syria split.

Daniel 11:40 prophesies of a radical end-time power called “the king of the south.” Daniel’s prophecy states that this king will “push” against a mighty power to the north. In his free booklet The King of the South, Trumpet editor in chief Gerald Flurry identifies radical Islam, led by Iran, as the king of the south. Iran’s attempt to use Syria as a platform to invade Israel is a demonstration of its pushy foreign policy.

Yet the Bible says that Syria will not be aligned with Iran. Instead, Syria is grouped with moderate Arab nations in an alliance described in Psalm 83: “For they have consulted together with one consent: they are confederate against thee: The tabernacles of Edom, and the Ishmaelites; of Moab, and the Hagarenes; Gebal, and Ammon, and Amalek; the Philistines with the inhabitants of Tyre; Assur also is joined with them …” (verses 5-8).

In Bible prophecy, the Hagarenes refer to modern-day Syria. They were a semi-nomadic people who lived in the desert region between the lands of Gilead, Bashan and the Euphrates River, which is known today as Syria. They are mentioned as living in the same region from the 12th century b.c. during the time of King Saul (1 Chronicles 5:9-10) to 703 b.c., when they were referenced in Assyrian King Tiglath-Pileser iii’s Summary Inscriptions. The Psalm 83 prophecy identifies the Hagarenes as part of the Arab alliance. The Hagarenes specifically refer to the modern-day nation of Syria.

In “How the Syrian Crisis Will End,” published in September 2012, Mr. Flurry wrote, “What we are seeing right now in Syria is a major biblical prophecy in the process of being fulfilled! What happens in Syria will lead to mighty nations changing course and the foundations of this world being shaken!”

Iran will soon be forced out of Syria. It can no longer uphold its end of the partnership, so Syria will look elsewhere for help. For more information about where Syria will look for assistance, read our article “How the Syrian Crisis Will End.”