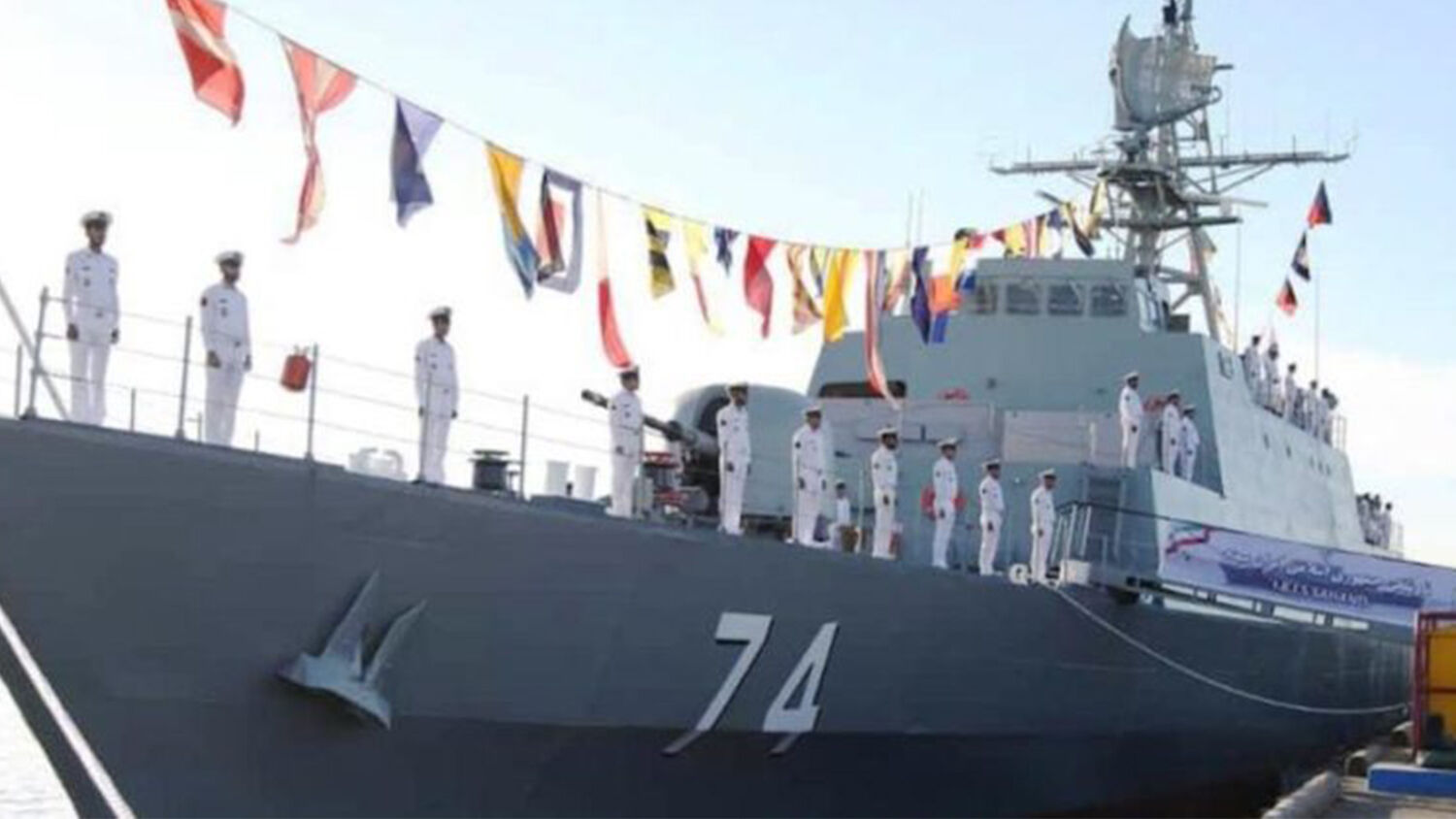 Navy enhancement comes amid increasing tension with the United States and Europe.

Iran’s navy launched a new domestically manufactured destroyer on Saturday that is allegedly capable of evading radar technology, according to the government-run Islamic Republic News Agency.

As tensions between the United States and Iran continue to worsen, Iran is showing its preparedness for the next conflict.

The launching ceremony was broadcast live on Iranian state television. “This vessel is the result of daring and creative design relying on the local technical knowledge of the Iranian Navy … and has been built with stealth capabilities,” said Iranian Rear Adm. Alireza Sheikhi, head of the navy shipyards that built the destroyer.

If it does, in fact, possess stealth capabilities, this new class of destroyer is a significant boost in Iran’s naval power.

The Sahand joined the Iranian Navy at the Bandar Abbas naval base on the 33-mile-wide Strait of Hormuz at the mouth of the Persian Gulf. Iran controls this crucial sea-gate through which transits approximately 30 percent of global maritime oil trade. Its territorial borders cover roughly half of the Persian Gulf coastline. (To understand more about the importance of shipping lanes, read “Who Cares About Sea-gates?”)

Stratfor wrote: “The mere threat of closing the strait increases market uncertainty, stokes oil prices, and creates some leverage for Iran without requiring that it follow through.”

U.S. President Donald Trump pulled out of the Joint Comprehensive Plan of Action in May. This deal, intended to curb Iran’s nuclear development program, was signed by Iran, the European Union, and six other nations and implemented on Jan. 16, 2016. Last month, the U.S reimposed all sanctions against Iran. The Trump administration’s goal is to reduce Iran’s oil exports to zero. Europe has tried to enable Iran to work around the U.S. sanctions, but its Special Purpose Vehicle policy does not currently include Iranian oil. Despite Germany’s attempts to nullify U.S. sanctions, Iran remains unsatisfied with Europe.

Islamic Revolutionary Guard Corps Cmdr. Mohammed Ali Jafari said, “We will make the enemy understand that either all can use the Strait of Hormuz or no one.”

Iran has made this threat more than once, but it has not followed through. But this time, tensions between the U.S. and Iran could push it over the edge. Because Iran benefits from trade through the open sea-gate, it doesn’t make sense for it to close the strait. The sanctions against Iran, however, are pushing it into a corner, and it may soon make an irrational decision.

In recent years, Iran has extended the reach of its navy, dispatching vessels into the Indian Ocean and the Gulf of Aden to escort its freighters. It has conducted military exercises in Yemen and has considered building naval bases there. (For information about Iran’s strategy to become the gatekeeper of the Red Sea, read Trumpet editor in chief Gerald Flurry’s article “Iran Gets a Stranglehold on the Middle East.”)

The Trumpet has been following this trend since Mr. Flurry forecast that Iran would gain a chokehold on the sea-gates. He based this forecast on specific Bible prophecies.

“He shall stretch forth his hand also upon the countries: and the land of Egypt shall not escape. But he shall have power over the treasures of gold and of silver, and over all the precious things of Egypt: and the Libyans and the Ethiopians shall be at his steps” (Daniel 11:42-43). These three nations—Egypt, Libya and Ethiopia—will align with Iran, giving it control of the Red Sea shipping lane. In his article “Libya and Ethiopia Reveal Iran’s Military Strategy,” Mr. Flurry wrote:

All you need to do is get a good map of the Middle East, with the emphasis on the Mediterranean Sea and the Red Sea. Then you can see why the king of the south, or radical Islam, is so interested in an alliance with or control over these two countries [Libya and Ethiopia] (as well as Egypt and Tunisia). They are on the two seas that comprise the most important trade route in the world! …

If Iran gets control of that trade route, it could create enormous damage and chaos in America and Europe almost overnight. Germany and the Vatican, the heart of the Holy Roman Empire, are not going to allow the king of the south to get control of Jerusalem and the world’s number one trade route!

Trumpet Middle East correspondent Brent Nagtegaal wrote, “Controlling these sea-gates means controlling the passage of the precious commodity [oil] into Europe.” Iran’s strategy revolves around controlling these shipping lanes because they are so vital to world trade. Iran could use control of the sea-gates as a negotiating tool. Fear of shutting down the sea-gates is a powerful bargaining chip, especially for Europe which relies heavily on the trade flowing through those straits.

“And at the time of the end shall the king of the south [radical Islam, led by Iran] push at him: and the king of the north [a European superpower] shall come against him like a whirlwind, with chariots, and with horsemen, and with many ships; and he shall enter into the countries, and shall overflow and pass over” (Daniel 11:40). One aspect of this push is Iran’s chokehold on these sea-gates to the Mediterranean Sea and the Red Sea. Its stranglehold on them will eventually force Europe to strike back against the king of the south, igniting a third world war. For a detailed understanding of where today’s current events in the Middle East—particularly as they apply to Iran—are leading, please request Mr. Flurry’s free booklet The King of the South.