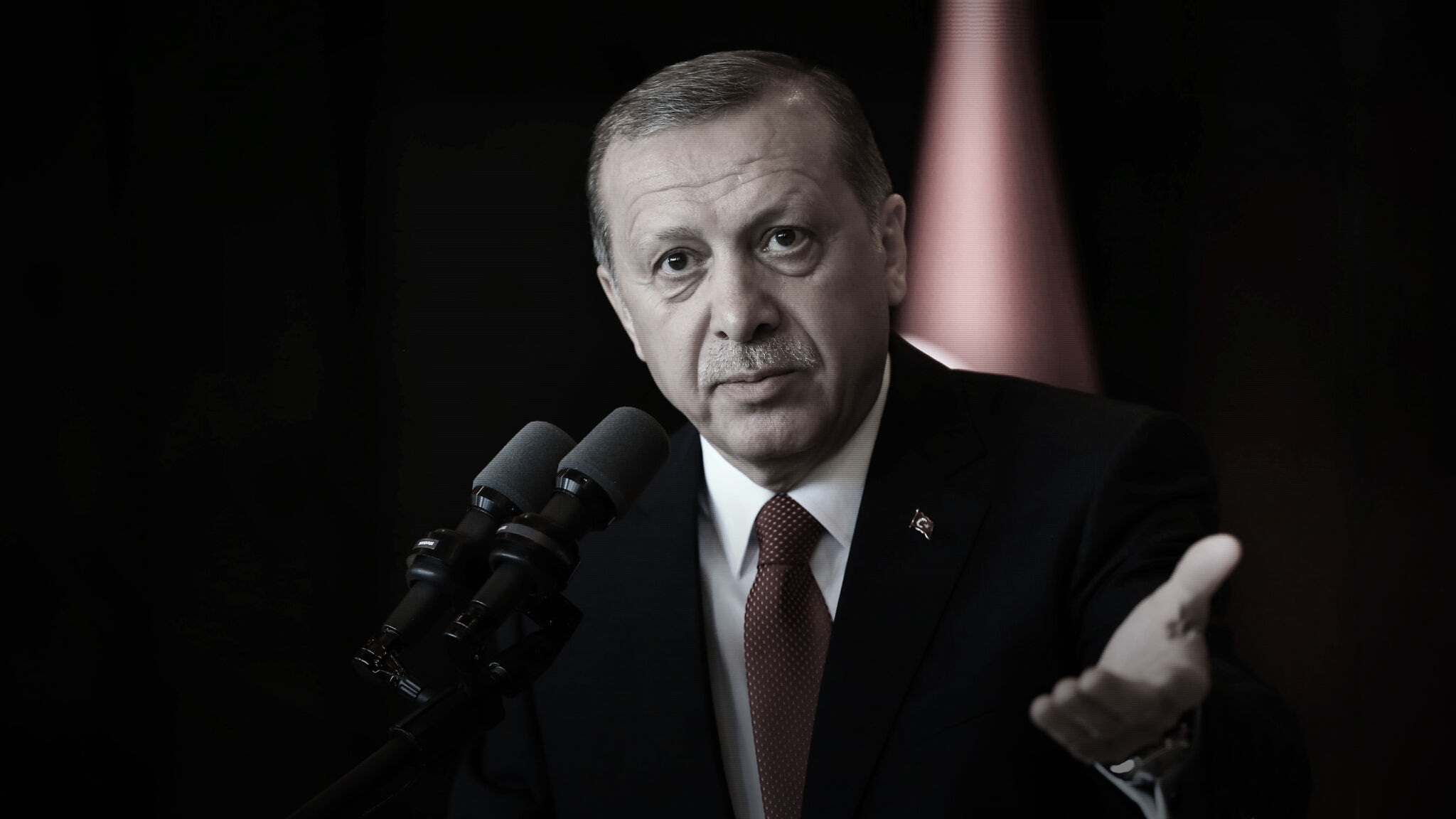 At 2 million square feet and boasting over 1,000 rooms, the “White Palace” on the outskirts of Ankara is fit for a king. That was likely the point. Costing $615 million, the lavish building’s Ottoman and Seljuk architecture and sculptured grounds revive the glory of the Ottoman Empire.

Originally the palace was to house the prime minister. However, just as it was nearing completion, the government decided it would instead be the president’s residence. Why? Prime Minister Recep Tayyip Erdoğan was nearing the end of his term, so, like Russia’s Vladimir Putin, he chose to become president to retain power. And whether he was prime minister or president, the man living in the palace would be Recep Tayyip Erdoğan.

Today, the White Palace symbolizes not only Erdoğan’s vision for Turkey’s future, but also his own place in history.

The Justice and Development Party (known by its Turkish acronym akp) came to power in 2002. Its leader, the former mayor of Istanbul, became prime minister from 2003 to 2014, then transitioned to the presidency.

Over the past 15 years, the strongman has overseen a radical change in the governance of the state, transforming Turkey from a realm where secularism was sacred to one where Islam now dominates.

Turkey is a functioning democracy, and many Turks hoped that Erdoğan and his party would eventually be voted out of office and lose power. However, the past two years have vanquished that hope and have assured Erdoğan’s place as Turkey’s strongman for the foreseeable future.

On the evening of July 15, 2016, Turkish tanks rolled into Istanbul. Soon the sonic boom of tactical jets and the low thumping of helicopters could be heard flying overhead. A coup d’état was underway.

The military has protected Turkish secularism for more than 50 years. In 1960, 1971, 1980 and 1997, the military had preserved the modern secular democratic state by successfully overthrowing the government. In a day or two, it seemed, the increasingly authoritarian and Islamic strongman of Turkey would no longer have the keys to the White Palace.

But Erdoğan managed to evade the revolutionaries as they descended on the coastal hotel where he had been staying. He then appeared on cnnTurk, calling on his supporters to take to the streets and use all means necessary to stop the insurrection. The people obeyed, defying the military’s imposed curfew. Footage quickly emerged on social media of men in plain clothes trying to hold back battle tanks, some even lying in front of them as they plowed forward. This further motivated Erdoğan’s supporters to come out in droves. The iconic moment of the coup came the next day. It wasn’t the image the military had hoped for: Erdoğan in handcuffs. Instead, it was the image of soldiers laying down their weapons in surrender and being marched off the Bosporus Bridge. The military takeover had failed.

Worse than just botching the coup, the futile military action gave the president the rationale he needed to remove dissenters from positions of power throughout the nation. In the year and a half since, Erdoğan has sacked 146,713 state officials, teachers, bureaucrats, academics and military personnel. He has arrested 61,247 individuals, shut down over 3,000 schools, universities and dormitories, and dismissed 4,463 judges and prosecutors. To ensure the purge doesn’t attract too much attention, he has shut down 187 media outlets and arrested 308 journalists.

With the military culled, the media silenced and anti-Erdoğan government technocrats removed, Erdoğan decided to go after the Turkish Constitution. On April 16, 2017, Turkey held a nationwide referendum on 18 constitutional amendments proposed by Erdoğan’s party. The reforms passed in a close vote. Turkey can now transform from a parliamentary democracy to a presidential republic, and Erdoğan can remain in power until 2029 if he continues to win successive elections.

Erdoğan has been tightening his hold on power for years, but never as overtly as in the last two years. But surprisingly, most of his actions have the support of the majority of Turks. It was they who answered the call from the minarets to stop the tanks in their tracks. It was they who reelected him over and over in spite of his authoritarian tactics. It was they who approved his constitutional amendments.

The West, particularly European nations, have a complicated relationship with Turkey, a pillar member of the North Atlantic Treaty Organization. They rely on its cooperation in many ways, and have shown themselves remarkably willing to overlook a great deal of unsavory behavior in order to preserve ties. The idea of Turkey becoming a European Union member, as it has long sought to be, is further from becoming reality than ever. Yet biblical prophecy says its ongoing alliance with Europe will play a role in end-time events.

Biblical prophecy does not say whether or not Erdoğan will continue to rule Turkey, but it does indicate that there will be a strong ruler in Turkey capable of navigating powerful alliances, especially with a German-led Europe. It also states that Turkey will be part of one of the greatest double crosses in history, against the modern nations of Israel (read more of these prophecies in our free booklet The King of the South). Given Erdoğan’s self-serving alliance in nato, as well as his cool relationship with the Jewish state of Israel, he becomes a probable candidate to lead Turkey to fulfill those prophecies.