Five years ago, Xi was basically unknown in Chinese politics. Now he has been lifted to the status of the hallowed Mao Zedong. What does this mean for Beijing and the world? 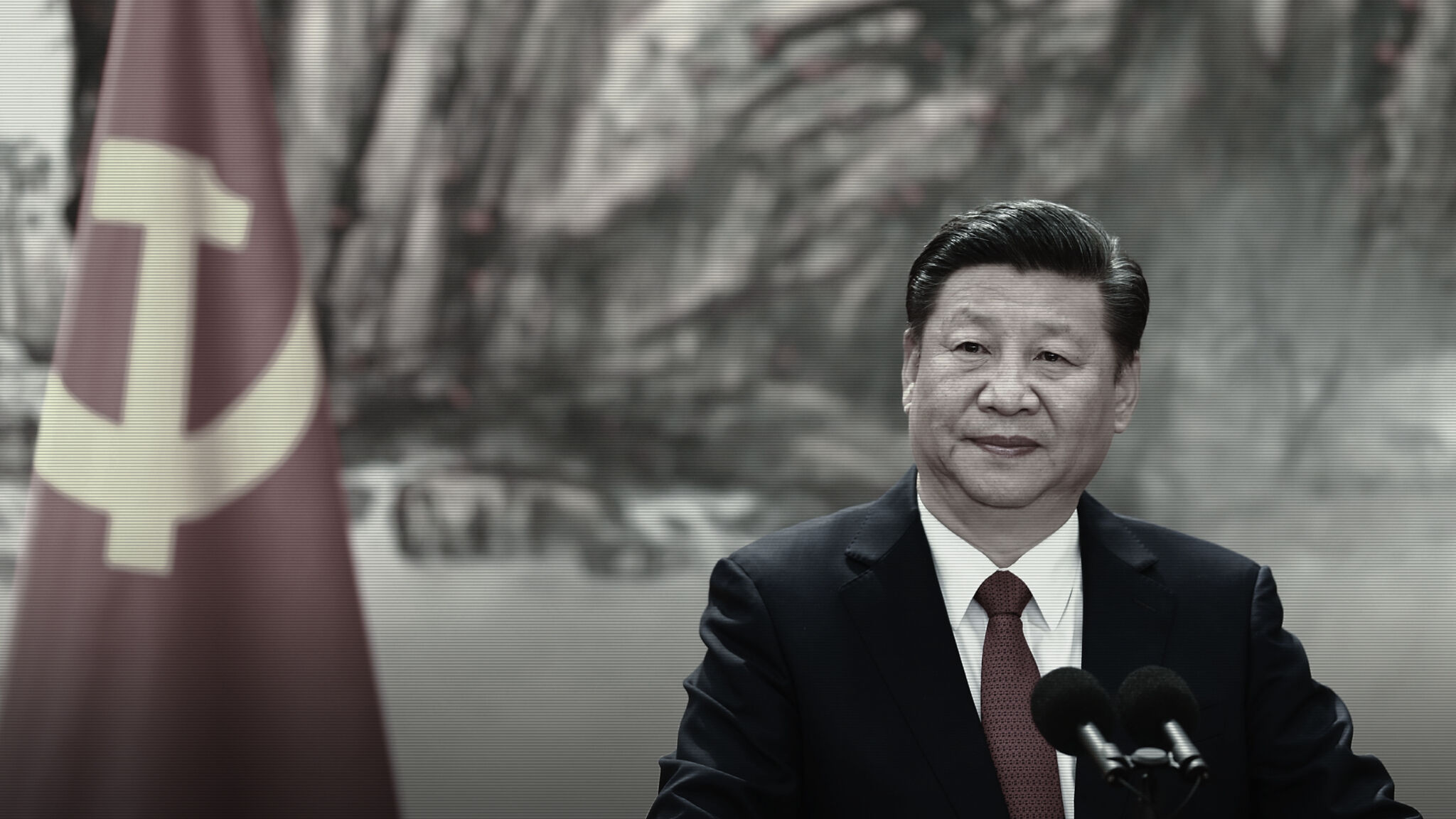 Five years ago, Xi was basically unknown in Chinese politics. Now he has been lifted to the status of the hallowed Mao Zedong. What does this mean for Beijing and the world?

Walking through the streets and hutongs of China’s vast capital city, it does not take long to notice that two faces are virtually everywhere. They peer benevolently at shoppers from countless commemorative keychains and plates. They look out at bustling streets from the covers of books, magazines and newspapers. They gaze with Mona Lisa smiles upon pedestrians from larger-than-life posters.

They are the faces of Mao Zedong and Xi Jinping. Mao was the founder of the People’s Republic of China who ruled the nation with an iron fist from 1949 until his death in 1976. Xi is the nation’s current leader.

The fact that Xi’s status is now equal to that of the legendary authoritarian Mao has sobering implications.

From Obscurity to Potency

Five years ago, Xi Jinping was an obscure figure in Chinese politics. The public knew little about him except that his wife was a celebrity singer, and that his father had been a comrade to Chairman Mao. As Xi assumed the office of General Secretary of the Chinese Communist Party (ccp) in November 2012, many experts believed he would lead in the tradition of his most recent predecessors, unobtrusively and unambitiously maintaining the status quo.

Instead of maintaining the “first among equals” style of leadership used by his recent predecessors, he adopted a strongman approach. He bypassed State Council authorities by forming policymaking party groups, many of which he chairs himself. He took personal control of writing policy on everything from China’s economy and international relations to its environmental strategies and Internet regulations. He implemented painful military reforms that positioned him as unchallenged commander in chief of the enormous People’s Liberation Army. “[H]e not only controls the military but also does it in an absolute manner,” said Shanghai-based military affairs commentator Ni Lexiong. And Xi has used his military power to assert China’s authority on the global stage.

Xi also waged an anti-corruption campaign resulting in the arrest or imprisonment of a breathtaking 1.4 million ccp members. This is like the entire population of San Diego suddenly being fired from important government positions and, in many cases, incarcerated.

These moves placed Xi at the center of what Time’s Hannah Beech called “a personality cult not seen in the People’s Republic since the days when frenzied Red Guards cheered Chairman Mao’s launch of the Cultural Revolution” (March 31, 2016).

Here is an important reminder: Under Mao’s despotic reign, between 65 and 75 million people were starved, tortured, bullied to suicide, or executed as traitors.

During his first term, Xi accumulated more power than any Chinese leader since Mao. But that was not the end of his rise. About the time that his first term ended in October, the ccp held its 19th National Congress. And as powerful as Xi was when this once-every-five-years meeting began, he emerged from it considerably more so.

At the Congress, Xi unveiled the new lineup in China’s top decision-making bodies, the 25-member Politburo and seven-member Politburo Standing Committee. Both are now heavily stacked with Xi loyalists. These individuals are unlikely to challenge Xi in any meaningful way, thus greatly strengthening his grip on the most important levers of government.

Another momentous outcome from the Congress was Xi’s break from the convention of naming a successor. Precedent stipulates that after a president completes his first term, he and the ccp name his successor during the National Congress. Five years later, after the president finishes his second term, the named successor becomes the new president. Xi’s decision not to name a successor at the 19th Congress strongly indicates that he has no plans to relinquish power at the 20th Congress in 2022. This would give him an unprecedented third term and position him to rule China for the rest of his life.

Also notable was that none of the new Standing Committee members are younger than 60. This is the pool from which the next president is selected. And since committee members serve two five-year terms, and since ccp guidelines say Chinese politicians should retire at age 68, none of these men would be eligible to serve for two terms as Xi’s successor.

Even more astonishing about the 19th Congress was the ccp’s decision to etch Xi Jinping’s name and personal ideology into the Party Constitution.

This is the rarest of honors. Both of Xi’s most recent predecessors, presidents Hu Jintao and Jiang Zemin, made contributions to the Constitution, but neither was named in the document. Even the contributions of the revered Deng Xiaoping were never named after him while he led China. Only after Deng’s death in 1997 was his name added alongside his contributions.

The only other sitting ruler to have his name and ideology written into the Constitution was Chairman Mao. This essentially equates “Xi Thought” with “Mao Thought,” lifting the president’s status to the level as that of the near-mythical and notoriously despotic Mao.

The message this sends to Xi’s potential rivals is that to defy him at this point would be ideological heresy. It makes any challenge to his power equal to an assault on the ccp itself. “I think it’s intended to give [Xi] an ideological status that can’t be challenged, like Mao in that sense,” said Beijing-based analyst Wu Qiang.

Asian affairs analyst Chris Buckley said this also means “Xi Thought” will now permeate all aspects of China. “While there may be no ‘Little Red Book’ of quotations for mass consumption like in the bygone Mao era, Mr. Xi’s thinking will now infuse every aspect of party ideology in schools, the media and government agencies” (New York Times, Oct. 24, 2017).

Preparing for a Turbulent Era

It would be easy to view Xi’s rise as the result of an ambitious individual maneuvering to make himself an authoritarian. But his rapid ascent could not have happened without the full consent and assistance of the upper echelons of the ccp.

The Chinese elite see that the global order is unraveling. They see American power declining and leadership vacuums opening up. They see that the international stage is primed for conflict, that there is a chance for China to take advantage of the volatility and to emerge as a superpower.

There is clear recognition in the highest echelons of Chinese power that, in order to attain superpower status, China’s 1.4 billion people will need a ruler whose hands are not bound by red tape and who is not limited by checks and balances. They need a strongman at the helm who is free of political encumbrances and capable of streamlined decision-making. They need a new Mao.

It was based on these sentiments that the ccp elite created room for Xi’s political star to rise so rapidly and so high. Now he is the man who will guide China into the turbulent new era.

The Trumpet watches Xi’s tightening grip on power because Bible prophecy reveals that as America’s influence in global affairs declines, two power blocs will emerge in its place: one, a European entity functioning in the tradition of the Holy Roman Empire; the other, an Asian bloc called in Scripture “the kings of the east,” headed by Russia, with China in a secondary leadership position. The Bible makes plain—in such chapters as Jeremiah 50 and 51, Daniel 11 and 12, Revelation 16 and Matthew 24—that a clash between this European power and this Russo-Chinese-led bloc will end in the most violent conflict in human history.

The fact that Xi’s face in China is now as ubiquitous as Mao’s is deeply significant. His ongoing rise and increasing control over China’s military and foreign policy is vital to watch, as it indicates how the Chinese president could fall in line with his fellow strongman in Russia, and how China will be brought onto its biblically prophesied collision course with Europe. It also indicates how near this future clash could be.

Although this points to a dark time in the near term, this is closely followed by the brightest imaginable future! As Trumpet editor in chief Gerald Flurry writes in his booklet The Prophesied ‘Prince of Russia’: “This immense war between European and Asian forces will end in the return of Jesus Christ! … The conclusion of that battle will mark the beginning of a peaceful and prosperous new age for the entire Earth!”

Vladimir Putin is Russia’s most powerful leader since Joseph Stalin. Some of his countrymen consider him Russia’s 21st-century czar.

Xi Jinping is China’s most powerful leader since Mao Zedong. During the 19th Party Congress in October, Xi formalized his total control over the Communist Party, which controls all of China. He is now poised to rule China for life.