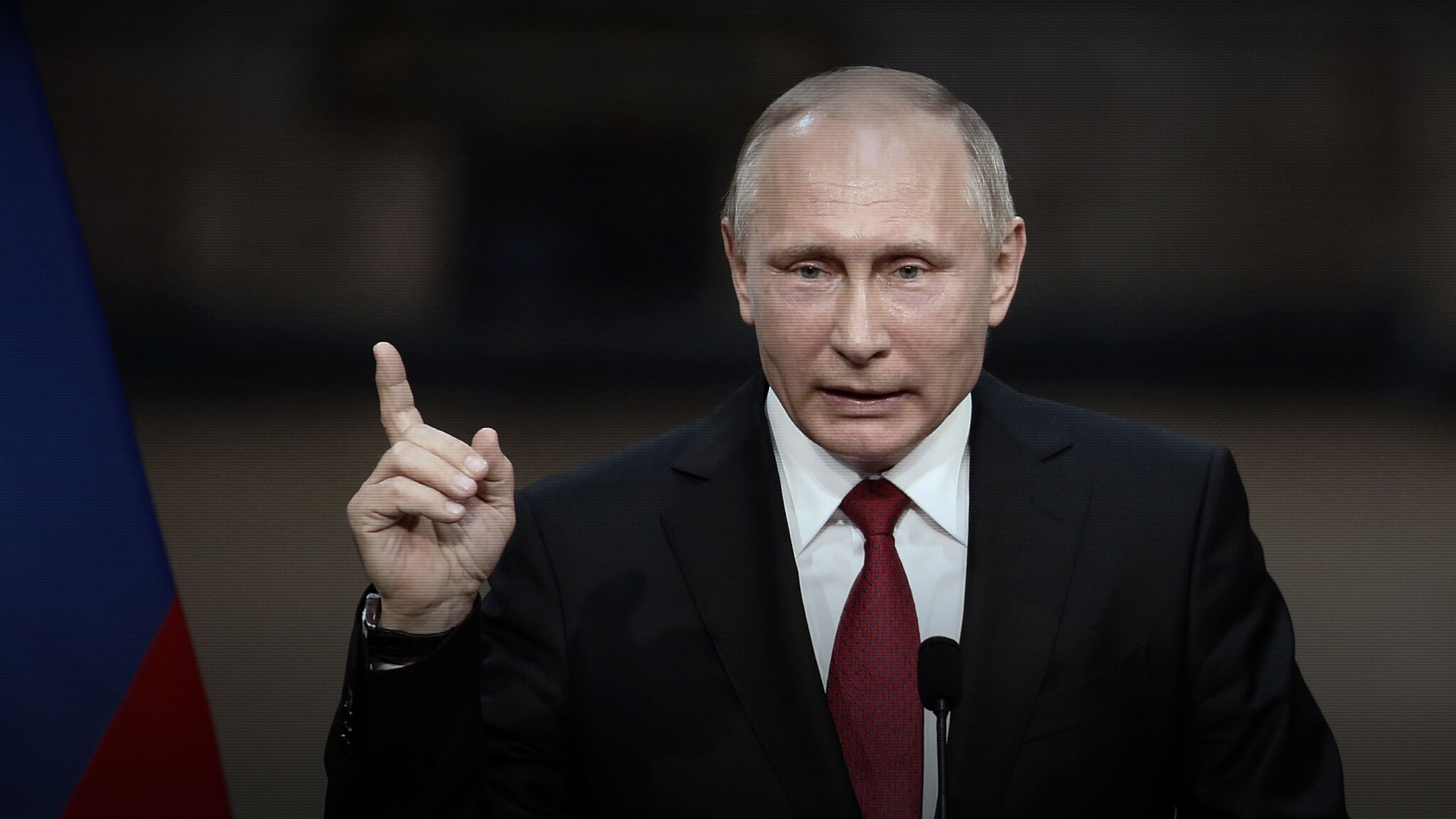 Vladimir Putin is the original strongman of the modern era. Seventeen years after he became Russia’s president, his popularity is soaring, his grip on power is tighter than ever, and there’s no indication he has any plans to relinquish control.

Before becoming Russia’s president in 2000, Putin spent 16 years as an agent of the notorious kgb—the brutal secret service organization that succeeded Joseph Stalin’s secret police, a force that helped the Soviet regime kill tens of millions of people. In parliamentary elections in 2003, Putin combined kgb methods with his presidential influence to manipulate the electoral process and ensure victory for his party. This allowed him to exert control over Russia in a way that recalled the nation’s authoritarian history.

In the years since, Putin has cultivated a seductive personality cult, one week hugging a polar bear, one week riding shirtless on a horse, one week “discovering” ancient Greek artifacts while scuba diving, and the next week eloquently exposing Western hypocrisy before enchanted audiences.

The Russian people’s adulation of him is based on far more than these publicity stunts. Largely because Putin lifted Russia out of the tumult of the 1990s, made the people wealthier, and made the nation a relevant force on the world stage, his approval rating has averaged around 80 percent. Although he has the power to pad this stratospheric number, there is no doubt that many Russians want a leader who will stand up to the West and return their country to superpower status. And they have one.

In 2005, Putin said that the collapse of the Soviet empire was “the greatest geopolitical catastrophe of the century.” And he has made clear that he is determined to do what he can to rebuild Russia in the image of the Union of Soviet Socialist Republics.

In 2007, the Estonian government decided to remove monuments of its history under the Soviet regime. Russia retaliated by waging a massive coordinated Internet attack. It was history’s first state-to-state cyberattack, and it crippled Estonia’s newspapers, banks, ministries and parliamentary networks for days.

Later that year, Putin announced that the Russian Air Force would resume Cold War-style nuclear bomber flights in international airspace. Within weeks, nuclear-capable Tu-95 “Bears” were flying through the United Kingdom’s airspace and near the United States military base in Guam. The Washington Times wrote on Aug. 19, 2007, “The message to the West is clear: The days of dismissing Russia as a spent force are over.”

These were distressing moves, but 2008 appeared to be the end of the line for Putin. The Russian Constitution limited presidents to two consecutive terms in office. Putin could not stay on as president beyond the 2008 elections without rewriting the law. So he pulled a Siberian switcheroo. He became prime minister and unofficially retained power, while Dmitry Medvedev, who was more or less a puppet, took the presidency. Putin remained in the Kremlin, continuing to steer the country as he wanted. He returned to the presidency in 2012, winning 64 percent of the vote.

In August 2008, Russia invaded the former Soviet Republic of Georgia. Trumpet editor in chief Gerald Flurry wrote in October of that year, “Russia’s attack on Georgia in August marks the beginning of a dangerous new era in history. This was the first military strike of a rising Asian superpower—and there will be more! … Will a crisis occur over Ukraine? That area is the breadbasket of Russia, and surely it is willing to wage war over that as well.”

Since then, Putin has continued to wield his power to prevent Georgia, Ukraine and other former Soviet countries from developing closer ties with Europe. He is also turning Russia’s military into a modern and formidable 21st-century force. Putin pushed the U.S. out of his backyard in 2014 by persuading Kyrgyzstan to oust the Americans from Manas Air Base, Washington’s last military base in Central Asia. More recently, Russia has become deeply involved in the Middle East, sidelining America, aiding the brutal Syrian regime to retain power and helping Iran continue its pursuit of nuclear weapons.

Outside of Russia, Putin’s strongman methods have inspired other ambitious rulers. As the Economist pointed out in October, “Personalized authoritarian rule has spread across the world over the past 15 years—often, as with Mr. Putin, built on the fragile base of a manipulated, winner-takes-all democracy. … Mr. Putin’s brand of authoritarianism blazed the trail” (Oct. 26, 2017).

In his booklet The Prophesied ‘Prince of Russia,’ Mr. Flurry explains that Vladimir Putin is mentioned personally in ancient Bible prophecies. Those prophecies state that his reign occurs at the end of this age: “Vladimir Putin is a sign, literally a sign, that Jesus Christ is about to return! This is one of the most inspiring messages in the Bible. … We need to watch Vladimir Putin closely. I believe he is almost certain to be the ‘prince of Rosh’ whom God inspired Ezekiel to write about 2,500 years ago! We need to watch what is happening in Russia and how Europe responds to it.”

To understand the details of Putin’s role in Bible prophecy, order a free copy of Mr. Flurry’s landmark booklet The Prophesied ‘Prince of Russia.’