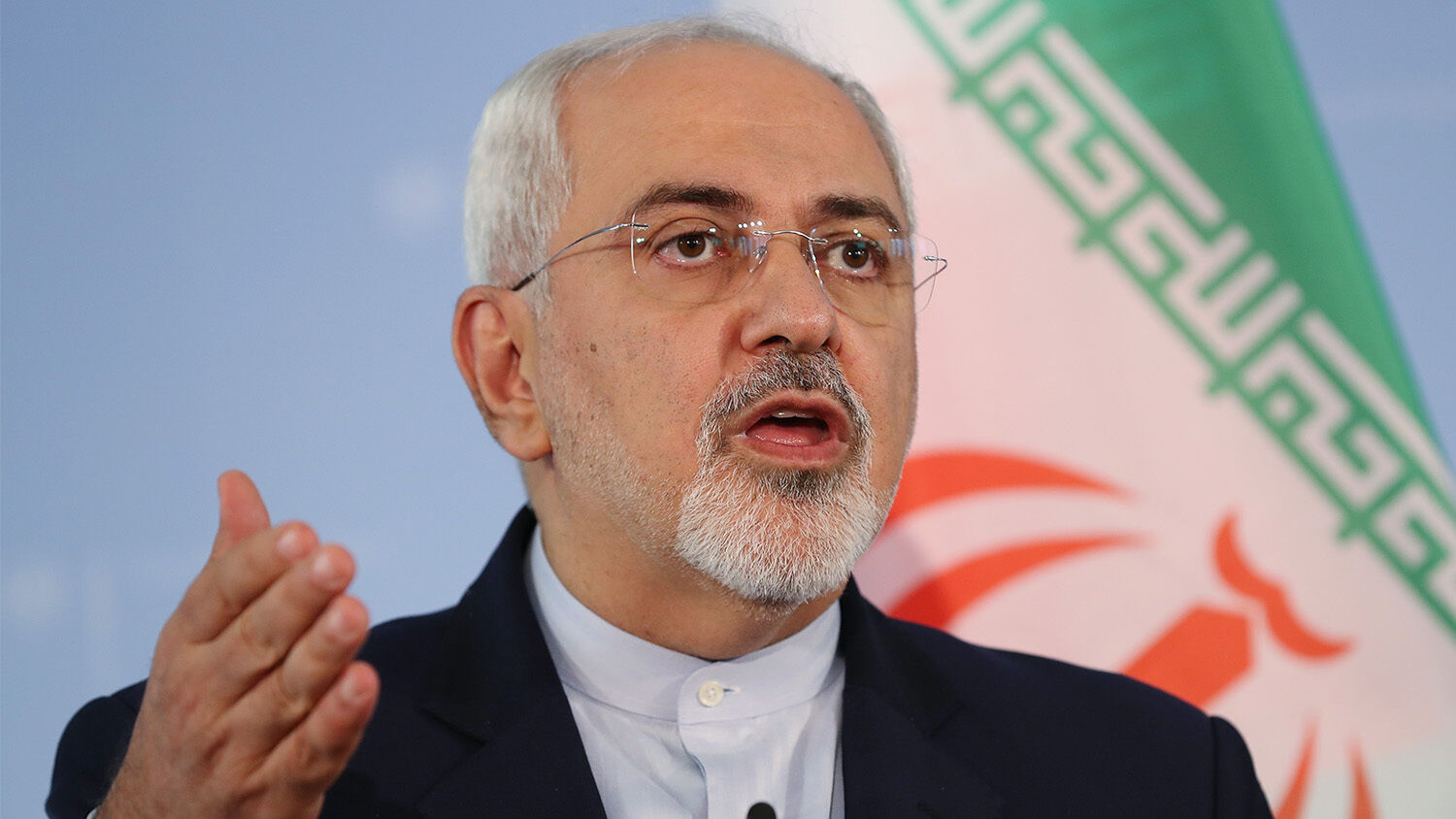 United States President Donald Trump initially campaigned on the promise to “dismantle the disastrous deal with Iran.” He later agreed to keep the deal in place, yet promised to “police that contract so tough they don’t have a chance.”

Last Monday, Trump’s administration gave its second trimonthly stamp of approval to Iran’s compliance with the nuclear accord.

Why, when it has been proved that Iran is clearly breaking its end of the deal? As the National Review summarized (emphasis added):

Iran is nonetheless in outright violation of the text, and unquestionably so. As Republican senators Tom Cotton (Ark.), David Perdue (Ga.), Ted Cruz (Tex.) and Marco Rubio (Fla.) outlined in a letter to [Secretary of State Rex] Tillerson last week, Iran is operating a larger number of advanced nuclear centrifuges than is allowed under the deal, it has exceeded its heavy-water cap, and it continues to refuse International Atomic Energy Agency inspectors access to its nuclear-research and military facilities—where, in all likelihood, they would find other violations in spades.

Besides these violations, there is the recent German intelligence revealing Iran’s attempts at purchasing sanctioned materials through a third party—materials that can be used for nuclear development. (More revelations from Germany’s intelligence services can be found here.) In fact, in early 2016, so obvious were Iranian violations that the Obama administration—still keen to tout the “success” of the deal—absurdly advised representatives to say Iranian actions were “inconsistent” with the agreement, rather than “violations.”

Iran’s actions have not been surprising. Surely no one really expected it would keep its end of the deal. The Trump administration, while giving the “thumbs up” to Iran on compliance, did at least state that Iran was breaking the “spirit” of the deal. And minor sanctions were applied to 18 individuals and groups for things such as supporting Iran’s ballistic missile program. But why continue to green-light Iran for obeying the terms of the agreement, when it has clearly been in violation?

Iranian Foreign Minister Mohammed Javad Zarif stated July 17: “We receive contradictory signals … so we don’t know which one to interpret in what way.” I should think so—the rhetoric from the U.S. administration is, as the National Review put it, “schizophrenic.” With the Iranian regime, on the other hand, at least you know what you get—a regime with no respect for the West, one that will actively attempt to undermine and exploit any such deals made in weakness. (Surely Zarif’s propensity for outbursts of shouting during the nuclear negotiations were a less-than-subtle giveaway. A choice example was his tongue-lashing of the EU’s Federica Mogherini: “Never try to threaten an Iranian!”) Again, though, Iran strangely got approved for adherence to the deal, for the second time, from the Trump administration. One would have expected this from the Obama administration. But from Mr. Trump?

It appears that with this farcical reapproval, President Trump—just like Barack Obama—is trying to buy some time. Plus, Trump garnered worldwide criticism for pulling out of the Paris climate-change accord (a sham agreement, by the way); perhaps there’s some related hesitancy to pull out of this Iran deal.

But it’s a cop-out. What happened to policing the contract “so tough”? What happened to leveraging the deal? In granting Iran another free pass, the U.S. has done nothing to help its interests in the region, and has only further emboldened Iran. What about leveraging help for the American student sentenced to 10 years imprisonment as a “spy” by Iran the day before this approval of compliance was granted? Actually, Iran seems to have a knack for timing these kinds of things—remember the 10 U.S. Navy sailors captured only days before the implementation of the Iran deal? It’s as if the nation is seeing how much it can toy with and preempt the U.S. before major foreign-policy announcements. As it stands, Americans within Iran are ripe for the picking as hostages—especially considering Obama’s break from U.S. policy in transferring “ransom” payment for the release of five prisoners in 2016. And it seems the U.S. isn’t prepared to do anything about it.

Iran is walking all over the United States when it comes to the nuclear deal. And actually, it doesn’t even have to break the deal to get what it wants—because the agreement frees it to openly build the bomb in six to 13 years. President Trump was right to lambast the agreement during his campaign. The events surrounding and including the deal were an absolute farce: Iran’s capturing and humiliating of U.S. Navy sailors just before the implementation date; the transfer of $1.7 billion in foreign cash to Iran under the cover of night, timed as part of a hostage release; Iranian President Hassan Rouhani himself stating on the same day of the signing that “the international community is removing the sanctions and Iran is keeping its nuclear program”; and the unabated Iranian rhetoric of “Death to America.”

In all of this—“certification of compliance” notwithstanding—the danger here is not merely if Iran breaks the deal; it is also if it keeps the deal. As U.S. House of Representatives member Patrick Meehan wrote for the Washington Times:

[T]he concern of those of us who opposed the deal was never that the regime would fail to comply. Our concern rests in the deal’s fundamental flaws. The agreement’s scope is so narrow and its mandates so diluted that Iranian compliance places no real burden on the regime. … The jcpoa [nuclear agreement] essentially provides Tehran the time it needs to hone and perfect its delivery mechanism for a nuclear weapon. And we all know where such a weapon will be aimed once the regime perfects that capability—first at Israel, then at the United States.

And this is not the only dangerous side of the nuclear deal. By signing up to the deal, Iran—the number one state sponsor of terrorism—now receives international legitimacy. Syndicated columnist and political commentator Charles Krauthammer wrote in the Washington Post on Jan. 21, 2016:

In a stroke, Iran shed almost four decades of rogue-state status, and was declared a citizen of good standing of the international community, open to trade, investment and diplomacy. This, without giving up or even promising to change its policy of subversion and aggression. This, without having forfeited its status as the world’s greatest purveyor of terrorism.

In his article “America’s Deadly Deal With Iran,” he pointed out the near-exact parallels between Barack Obama’s Iran deal and Bill Clinton’s North Korea deal. Look at what the latter has gotten us, 23 years on: That country is now only a finger-twitch away from starting a nuclear war. Do we expect anything different from Iran? Especially considering that even if it keeps the agreement, it is allowed to do whatever it likes after anywhere between six and 13 years (depending on stipulations in the deal). Even President Obama himself admitted that Iran could be capable of building a bomb almost immediately after the deal expires. Frankly, we may not last another 23 years, like we have with the North Korea deal. Especially considering that the religious elite steering Iran believe that by bringing chaos to the world they can accelerate the coming of their mahdi (messiah).

What kind of nuclear madness is the world coming to? And how is the U.S. so ambivalent and permissive about it?

For decades, the Trumpet has been warning about a coming nuclear holocaust. With the recent deal, we are now closer than ever to this reality.

On January 16, [2016—the implementation date of the nuclear deal], we experienced the greatest physical disaster ever on this Earth: The United States of America accelerated nuclear tribulation.

Humanity tends to use whatever weapons it invents. Our dangerous nuclear world has simply become an accepted fact of life. We now live in the freakish reality of rogue, enemy states producing and sharing nuclear weapons. Mr. Flurry concluded:

Iran is pushing and pushing its foreign policy. It is about to push so hard and so aggressively that it will launch a massive war! But it won’t be with the United States, which is now too weak to even fight such a war. … You see America’s pitiful weakness; you see it aiding and abetting an ideological terrorist empire; you see Iran pushing aggressively at America and also very forcefully against Europe … you see the very imminent threat of nuclear bombs eliminating millions of people. You can see these things on your nightly news!

And what is truly astounding is, you can see these same events in your Bible! The Bible specifically prophesied Iran’s aggressive, terrorism-empowered foreign policy. It prophesied Europe’s need for a strong leader. It prophesied Islam’s clash with Catholic Europe. It prophesied America’s shameful weakness. It prophesied that our people’s sins are leading directly to weapons of mass destruction striking our populations, and survivors being deported as slaves (e.g. Daniel 8:23; 11:40; Leviticus 26:19; Joel 2:3).

Nuclear warfare is nothing to be permissive or lukewarm about. Our actions and ambivalence have made nuclear war inevitable. And Iran will only be the spark that ignites the inferno. This Iran nuclear deal—no matter the level of “compliance”—is leading to catastrophe.