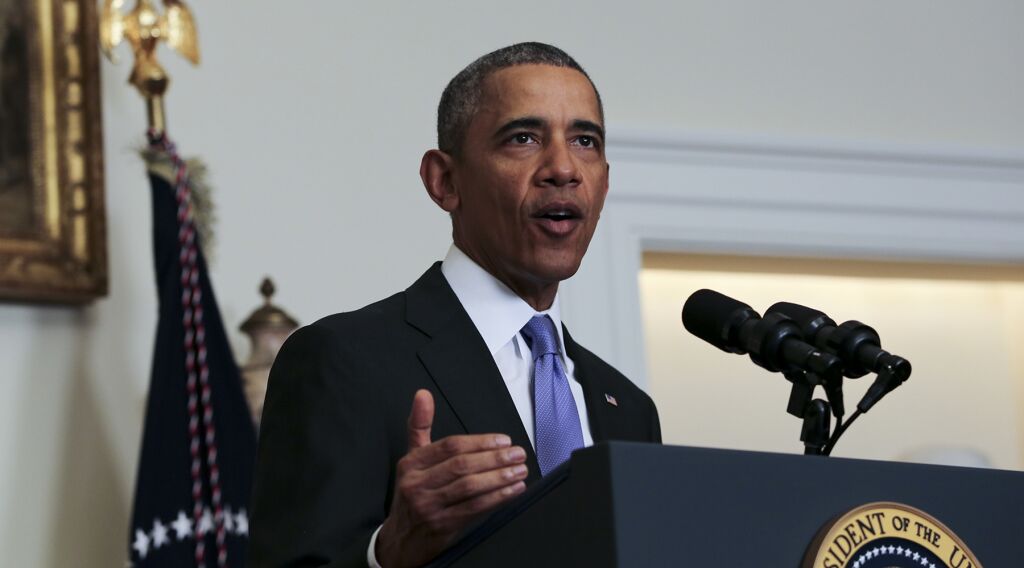 The United States does not pay ransoms. This is U.S. policy. Maintaining such an unwavering stance has long acted as a deterrent for would-be hostage-takers. It has helped defend U.S. citizens from kidnappers around the globe—until recently.

On January 17, the Obama administration airlifted $400 million in cash to Iran. The very same day, Iran released four innocent American hostages. Many, including those at the Trumpet, were critical of the deal, saying that it would set a precedent for nations looking to make money off America.

Already, Iran is taking a new set of hostages, eagerly awaiting the next negotiation with the White House.

According to the Wall Street Journal, the $400 million cash payment was the first installment of a $1.7 billion settlement that the Obama administration agreed to pay Iran. The settlement was designed to resolve a dispute in the United Nations International Court of Justice over a failed arms deal that took place before the 1979 Iranian Revolution, when Iran’s current Islamic radical regime overthrew the regime of Shah Mohammed Reza Pahlavi. Iran had paid $400 million for U.S. arms, but America did not supply them because of the revolution. It also did not return the $400 million. The Obama administration says the $1.7 billion includes this $400 million and $1.3 billion in interest. It claims Iran initially demanded substantially more, but eventually settled for $1.3 billion, thus making it a “good deal” for taxpayers. The Obama administration denied that the cash was a payment for the release of the four prisoners.

But then August rolled around.

One of the hostages, Saeed Abedini, revealed in an interview that the hostage plane was not allowed to leave until another aircraft carrying the money landed. No cash, no release.

The pallet-load payment consisted of Swiss francs, euros and a few other foreign currencies. The U.S. is not allowed to deal with Iran in U.S. dollars. As Trumpet editor in chief Gerald Flurry noted, “If a corporation were to launder money this way, the ceo of that company would be put behind bars.”

As soon as this illegal and morally unjustifiable ransom hit the tarmac in Iran, the recipients began boasting. As commentators rightly pointed out, Iran was pleased with the cash because it was tangible evidence of Iran’s hostage-negotiation victory over America. Furthermore, Iran had successfully defeated the long-standing U.S. policy against ransom payments.

The administration can deny and refute, but at the end of the day a ransom is a ransom. Merriam-Webster defines ransom as “a consideration paid or demanded for the release of someone or something from captivity.” Case in point: Iran captured four hostages and, in return for $400 million, released them.

When America strayed from its policy of no ransoms, it opened up a world of potential for Iran.

The ransom payment sets a new precedent. It encourages Iran to hand down harsh sentences to innocent captives and wait for Washington to bail them out!

Of course, the $400 million was not the only time the U.S. has buckled to hostage-takers. As Mr. Flurry wrote in his March 2015 Trumpet article “The Deadly Dangerous U.S.-Cuba Deal”:

It is also important that, as part of the deal, Cuba released Alan Gross, an American citizen wrongfully imprisoned for five years, and the U.S. released three Cuban spies. To U.S. enemies, this sends a clear message: A surefire way to win policy concessions from Washington, or to rescue your friends captured by the U.S., is to take American citizens hostage and hold them as long as necessary. This places America’s weakness on display for the world to see. It also potentially endangers Americans by putting a price on their heads.

The price paid is more than just ransom or a prisoner swap. America also forfeits the security of its citizens abroad.

Already three more Americans have been convicted on trumped-up charges since the Iran ransom was paid. Robin Shahini has been sentenced to 18 years for voicing support for the 2009 mass protests. Siamak Namazi and his 80-year-old father have been sentenced to 10-year jail terms. Siamak has been held since last October, and his father since February.

A Lesson From the Corsairs

To grasp the far-reaching ramifications of the $400 million ransom payment, it is important to look back to another time when ransoms were a major issue for America.

In the fledgling years of the United States, its naval fleet was small. The British Navy no longer defended the trade fleets. With little protection, American merchant vessels would often fall prey to corsairs in the Mediterranean.

Unable to retaliate militarily, America initially sought appeasement through tribute: $80,000 was assigned for peace negotiations. This worked on occasion, but did not deter some nations. By the late 18th century, Algerian corsairs were seizing merchant vessels across the Atlantic. The young and relatively weak America paid ransom upon ransom.

America was plagued with corsairs and ransoming throughout the years of the First Barbary War. Peace came only after the U.S. beefed up its navy, held a long war with Tripoli, and subdued Morocco.

The problem had been incentive. Paying ransoms gave the corsairs incentive to raid and plunder; it did not remove it. The arrival of a U.S. fleet changed that. “Capture our vessels, we siege your ports.” Threat of force outweighed the corsair desire to get rich. Incentive removed.

Fast-forward to today. America has adopted a policy of non-negotiation under Presidential Policy Directive (ppd) 30, U.S. Nationals Taken Hostage Abroad and Personnel Recovery Efforts. This replaces the policy of paying ransoms, but it doesn’t negate the necessity of a military to back it up.

A military is still needed. A stiff upper lip alone is not enough to deter hostage-takers, just as appeasement wasn’t enough in Jefferson’s day.

But today, those lessons have been forgotten.

The $400 million payment reveals a twofold undermining of U.S. policy. First, America’s stance has weakened. The policy of “no ransoms” is no longer watertight. Second, and perhaps more consequentially, the U.S. no longer backs its words with action.

Throughout the Middle East, America has proved that it is unwilling to reengage or retaliate. When red lines are crossed (on a regular basis in Syria) the Obama administration responds with words, not action. In the Persian Gulf, Iran captures U.S. troops and receives praise from the Obama administration. When Iran stole a U.S. drone, Washington politely asked for it back. It wasn’t returned.

In areas where U.S. allies are under threat, the U.S. takes the back seat in dealing with the issue. When Iran test-fires illegal ballistic missiles, or scrubs nuclear facilities, or takes U.S. citizens hostage under trumped-up charges, the U.S. responds with condemnation but not retaliation.

Jefferson and many former U.S. presidents would laugh at the notion that America could project power worldwide though words alone. Who would listen? Ever wonder why the Federated States of Micronesia don’t try to call the shots on the world stage?

Look at the immense firepower and capability of the U.S. and you can see why other nations should be thinking twice about crossing Uncle Sam. But take that away—or take away the will to use it—and nations will do as they please.

The $400 million payment shows Iran is not afraid of America—and it will continue to kidnap as it pleases.

A World at Ransom

Following the Barbary Wars, America gained a new sense of national pride and soon leapt into an era of unparalleled prosperity. Sadly, the world of today finds no such prosperity. With America declining, violence and unhappiness seem unsolvable. The world is in bondage to so many forms of misery!

But where does it come from? In Herbert W. Armstrong’s booklet titled “A World Held Captive,” he discusses the Patty Hearst kidnapping, and then transitions to speak about the most stupendous case of Stockholm Syndrome. He wrote:

[M]ost astonishing of all is the actual fact of the colossal kidnapping of all time—in which the captive for 6,000 years has willed to pursue the life and evil philosophy of the archkidnapper—Satan the devil. The willing victim in this case is the world that inhabits this planet Earth! Yet this world has been so completely deceived that it cannot realize what actually has happened to it.In this 20th century, a world of awesome progress and material development is so blinded by the deceptions of the super-kidnapper that it cannot understand the paradoxical fact that its progress is accompanied with appalling and still escalating evils, which are inflicting indescribable suffering, frustration and death.

Mr. Armstrong goes on to explain the origins of man’s captivity, beginning right back with the choices of Adam and Eve. If you haven’t already, read this amazing booklet for yourself. You can find it here.

But there is good news in all this. Just as Jefferson’s America went on to experience liberation and success, so too will this world. The world may be in captivity, but a ransom price has already been paid! This world—your world—is about to be liberated!

Mr. Armstrong continued, “This present evil world of Satan—the kidnapped world—had its foundation in the first Adam. It was at the foundation of this world that God decreed that Jesus, as the Lamb of God, would come to pay the ransom price (Revelation 13:8).”

This is good news that should give us hope in these dark days! Christ came once to pay the ultimate price for our redemption. He qualified and is about to return as liberator and ruler over the Earth. He is going to match words with action!