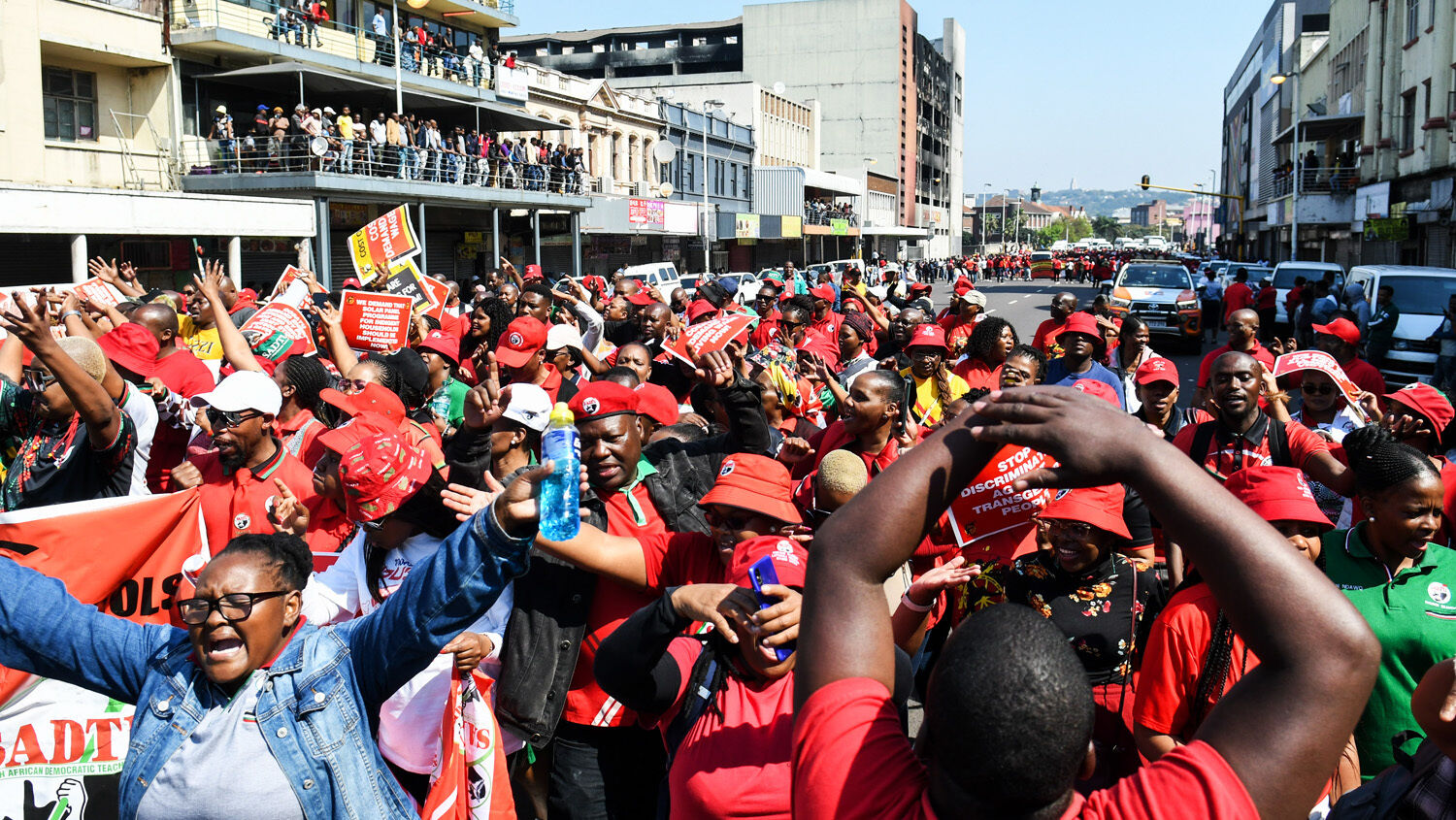 The decline of this once prosperous nation is accelerating rapidly.

South Africa is giving handouts to 29 million people but getting taxes from only 7.4 million. How can a nation stay afloat when almost half of its 60 million citizens are getting money from the government?

The government has built over 4 million houses and financed the university education of just under a million students. Meanwhile, power cuts are worsening, inflation is refusing to ease, and the responsible state monopolies are failing to meet demand. As a result, the few who are able to pay taxes are fleeing the country. “The state cannot afford this anymore,” economist Dawie Roodt told the Daily Investor. “The tax base is simply not strong enough to carry it.”

South Africa’s economic woes have been a long time coming. Many today blame apartheid and racism. Radicals like Julius Malema call for “economic freedom in our lifetime” by violently removing white farmers from their land and businesses. Neighboring Zimbabwe is a prime example of how doing so will only worsen circumstances. The apartheid regime certainly had its flaws. But blaming South Africa’s economic woes on apartheid is simply not factual. The raw data shows this plainly.

In the 1990s, just after apartheid ended, only 5 percent of the population was on welfare. Then, the African National Congress (anc) took over. It was originally a militant Communist group, before cleaning up and legitimizing when entering government under the late Nelson Mandela. But the underlying socialist policies have continued.

The welfare system “should be protected from inflationary pressures and should be expanded to provide for basic incomes as fiscal space allows,” the anc has announced. In fact, social development minister Lindiwe Zulu said:

Those are very nice sounding words. It’s the same kind of argument that American Democrats make about state welfare. It spent $1.6 trillion in welfare last year even though America is $31 trillion in debt. The United Kingdom is similarly in the throes of economic turmoil. These “nice sounding” actions are unsustainable, whether in the United States, Britain or South Africa.

All of these countries were once prosperous. They are all going through rapid demise, just as prophesied in the Bible.

The Bible details a special relationship between God and the nation of Israel. God promises it blessings for obedience and curses for disobedience. In The United States and Britain in Prophecy, Herbert W. Armstrong proved that the modern-day descendants of Israel are the American and British peoples, as well as Australian, Canadian, Dutch South Africans and others.

As is the case with the United States and the other British Commonwealth nations, South Africa’s success was owed to God. But as punishment for forgetting their special relationship with God, these nations were prophesied to suffer severe curses.

In 1994, Trumpet editor in chief Gerald Flurry wrote, “South Africa is the first of the Anglo-Saxon nations to give away its God-given birthright.”

South Africa did so when it began embracing communism and its consequent policies. As analyst Don McAlvany wrote, South Africa “was pushed by leftists, pro-Communists and globalists … globalists in the New World Order who see the communization of South Africa as a major stepping stone to their socialist dream of world government.” They wanted to destroy its former connections to Britain and instead solidify its ties to the Communist world.

They succeeded, and today, South Africa is reaping the “benefits.” Government monopolies are drowning in debt, unemployment is on the rise, investors are fleeing the nation, infrastructure is failing, industry is crumbling, government offices are teeming with corruption, immorality is rampant, and the country is plagued by racial and xenophobic violence.

What is happening is South Africa is a warning to the United States and Britain. The radical left’s obsession with communism and government control will not produce utopia but disaster. Watching what happens in South Africa can give a clear picture of what is about to befall the Anglo-Saxon world very soon. However, you can escape this terrifying future. To find out more about the nations of Israel and how you can be spared from the suffering coming upon them, request your free copy of The United States and Britain in Prophecy.