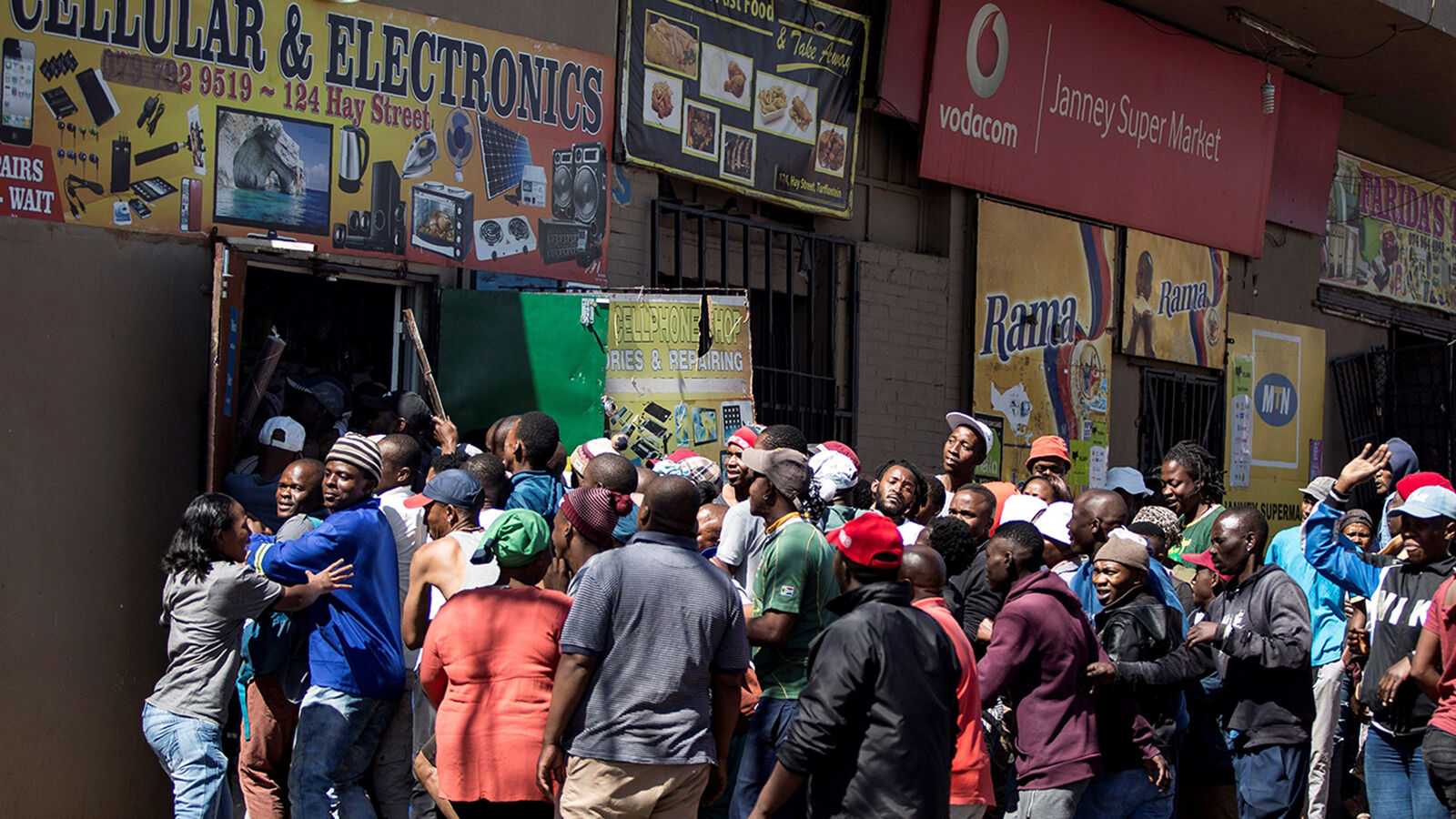 South African looters take items from foreign-owned stores during a riot in the Johannesburg suburb of Turffontein on September 2.
GUILLEM SARTORIO/AFP via Getty Images

buffelspoort
Race relations in South Africa are in crisis. More than 1,500 people have fled their homes amid a surge of deadly violence. The targets of the violence have been migrants from other African nations, such as Nigeria, Ghana, Zimbabwe, Zambia, and Mozambique. Unemployed blacks blame these migrants for taking their jobs.

“There is no one who takes a job from South Africans, no one,” said firebrand politician Julius Malema on September 5. “They are being offered jobs, they don’t take. The owners of means of production are white people. When you say private sector, it’s a polite way of saying white people …. So the private sector, the white monopoly capital, must take full responsibility for this mess we are faced with.”

Ethnic and racial hatreds are creating huge problems in South Africa. But at a resort near the town of Buffelspoort, things could not be more different. Here, almost 200 members of the Philadelphia Church of God gathered to keep the Feast of Tabernacles, which ended earlier this week. Among our attendees are white South Africans and black South Africans. There were also attendees from other African nations: Botswana, Ghana, Kenya, Malawi, Nigeria, Tanzania, Zambia and Zimbabwe. People even came from further distant places: Australia, Austria, the United Kingdom and the United States.

Given the current racial turmoil in the nation, some of the people at the resort watched our Church’s family day barbecue with perplexed looks. It must have been strange for them to watch children from Ghana play soccer and catch water balloons with both white and black children from South Africa. There was absolutely no sign of the racial animosity plaguing so many of the nearby cities and suburbs, even though there were attendees from 13 different nations.

The example had a profound effect on the resort staff. One staff member even asked what he had to do to become a member of our Church, because the joy-filled people he saw actually practiced Jesus Christ’s admonition to love one another (John 13:34-35).

The Feast of Tabernacles is a God-ordained festival that represents the soon-coming 1,000-year reign of Jesus Christ on Earth. During the wonderful World Tomorrow, all ethnicities and races will go up to Jerusalem each year to keep the Feast of Tabernacles together (Zechariah 14:16). Every ethnic group will live in their own land, and people will learn to love one another and respect each other’s cultures. The xenophobic attacks and hateful rhetoric plaguing South Africa today will no longer occur, because the Earth will be filled with the knowledge of God as the waters cover the sea (Habakkuk 2:14).